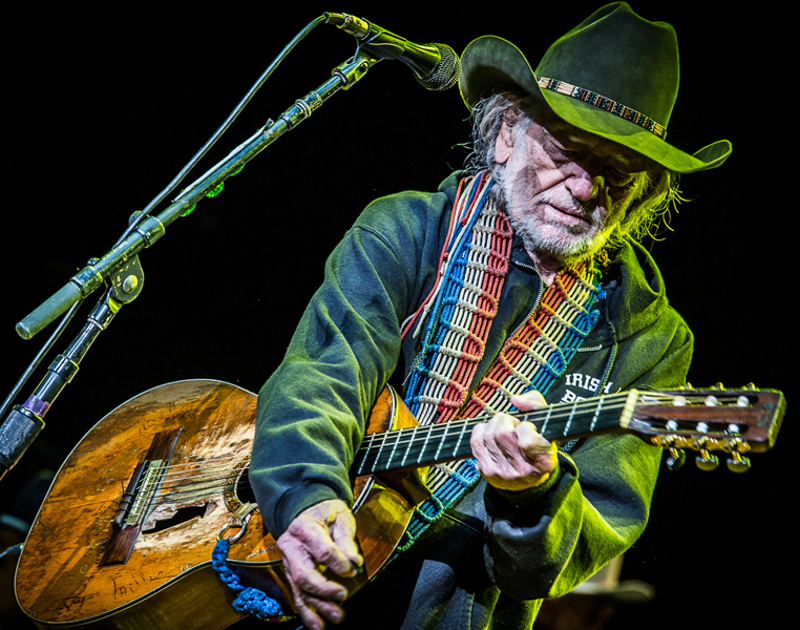 Scoff the Law With Willie Nelson, Go On The Offensive With Anthony Jeselnik, Dunk Your Donuts in Beer and More.

Ask a bunch of drummers who they think the GOAT is and Zeppelin’s John Bonham will likely wind up towards the top of the list. Welp, here’s a new video of an eight-year-old Japanese girl going drum-for-drum with Bonzo on Zep’s “Good Times Bad Times.”

What a delightful way to start the week. And if you want to make sure the rest of your week is the GOAT, welp, better plan ahead. Here’s a list of this week’s greatest hangs.

Critical Darling! at The Wild Detectives
Drag and drama.

Miss Twin Peaks at The Bomb Factory
How do things like this still exist?

Champagne Cinema: Bridesmaids at Alamo Drafthouse (Cedars)
Save the date.

Thursday (6.28)
Sam Morrow at Fort Worth Live
Get a quick fix.

Brick + Mortar at Dada
With The Unlikely Candidates.

Friday (6.29)
Claire Morales at Dan’s Silverleaf
Celebrating the release of her latest album.

Anthony Jeselnik at House of Blues
It’s all funny games.

The Songs of Willie Nelson at The Rustic
Performed by Nik Lee & the Texas Gentlemen.

The Dirty Projectors at Trees
Cool your heart.

Seinfeld at WinStar World Casino and Resort
What’s the deal with gambling?

Shakey Graves at The Bomb Factory
With Paul Cauthen.

Closing Day at The Sweet Tooth Hotel
Gram it before it’s gone.

Sunday (7.1)
Raul Malo at Kessler Theater
Dance the night away.

Hobo Johnson at Trees
We don’t get it either.