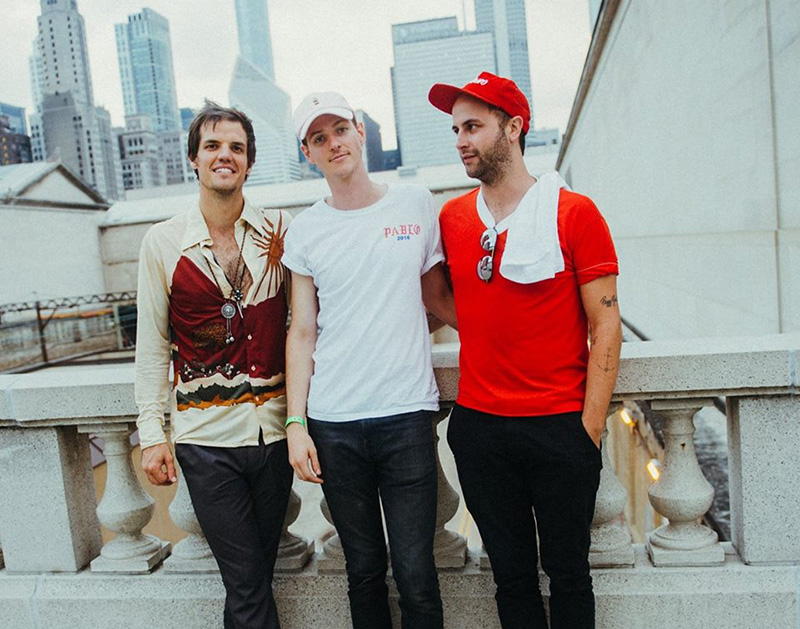 Go On The Last Ride Of The Day With Nightwish At The Bomb Factory, Kick Off Thin Line Fest In Denton And Say It With Houndmouth At The Granada.

Trick Pony in Deep Ellum wants to take you around the world in 80 cocktails.

The bar’s menu will be reset every Tuesday from here on out until mid-June, offering up five or six cocktails — depending on what the bar staff can throw together.

The idea was born from Trick Pony’s head barman Alex Fletcher wanting the bar’s offerings to always be dynamic and never static. Hence the birth of the ambitious effort to craft 80 cocktails inspired by flavors from around the world.

So while you’re out this week, maybe stop by and get a little taste of what the rest of the globe has to offer — and then check out some of the things going on in Dallas this week, a lot of which are conveniently listed for you below. Here’s to a good week.

Selena Movie Party at Alamo Drafthouse Cedars
Anything for Selenas.

Nightwish at The Bomb Factory
The Decades World Tour.

Inaugural Bring Your Own Vinyl at The Common Table
Break in the new series.

Dazed and Confused Free Screening at Sundown at Granada
It would be a lot cooler if you showed up and enjoyed this free screening.

The Revivalists at House of Blues
With Samantha Fish.

Nina Diaz at Three Links
With Wild Moccasins, The Bralettes.

The Wailers at Canton Hall
With Zander.

I’m With Her at Kessler Theater
With Smokey & The Mirror.

5 Seconds of Summer at House of Blues
The 5SOS3 Tour.

Jub Jam at South Side Music Hall
Presented by The Ticket.

Happy Clouds at South Side Ballroom
With Seven Lions, What So Not, G Jones, Eporm, Ill76.

Equest After Dark Gala at The Bomb Factory
Drink it up at the speakeasy.

Earth Dayx 2018 at Fair Park
A celebration of conservation efforts and planet Earth.

Jeff Bezos at SMU
Hear from the Amazon founder.

2018 Velvet Hammer 5K at Peticolas Brewing
Burn off some carbs.

Foo Fighters at Starplex Pavilion
The Concrete and Gold Tour.

An Evening With Shea Serrano at Texas Theatre
Laugh it up with the Texas-based writer.

Sweet Crude at The Rustic
Doors at 7 p.m.

As Dreams Are Made On at Oak Cliff Cultural Center
Show starts at 8 p.m.

The Breeders at House of Blues
With Post Pink.

A Tribute To Braniac at The Curtain Club
With School of Rock.

Them Evils at Prophet Bar
With Blueline.

West Side Story at Majestic Theatre
Catch the screening of this classic.

Plano Comedy Jam at Hyena’s Plano
Have all the laughs.