Things To Do In Dallas This Pride Week. 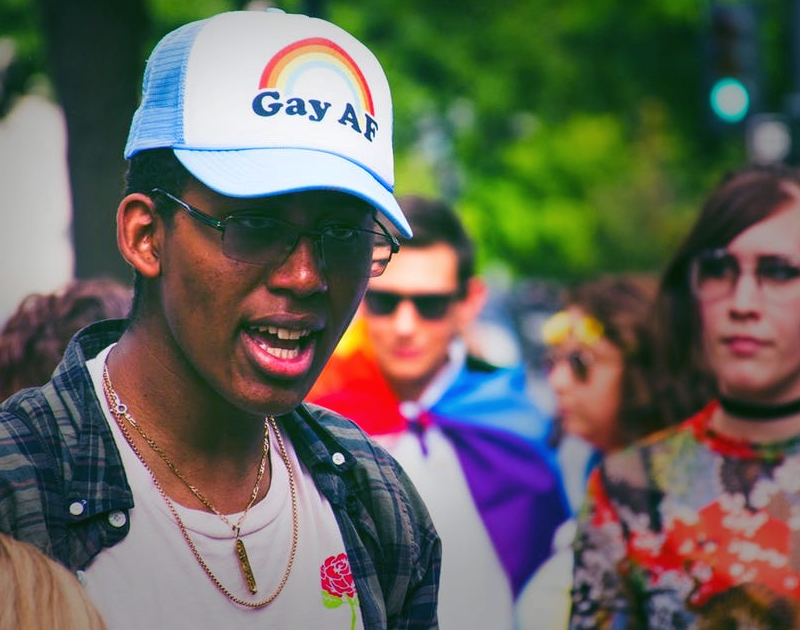 It’s Pride Week in Dallas, and Here Are a Couple Dozen Ways to Celebrate.

Think your last week was bad? It probably wasn’t as horrible as this guy, who was stung in the penis by a sting ray while swimming in the ocean.

It gets worse. The creature was still attached when medics arrived on scene to help remove it.

How’s that for perspective? Even if you aren’t expecting you genitals to be attacked by wildlife this week, your days could always be brighter. We, along with this super-helpful list of activities below, are here to make sure of that.

Foxing at Dada
With Ratboys, Kississippi.

Wednesday (9.12)
Miguel at South Side Ballroom
Come through and chill.

Paint Your Denim Jacket at Jade & Clover
Snazz up your cut.

Rise Against at Toyota Music Factory
Give it all.

Hannibal Buress at Majestic Theatre
Comedy is a weird job.

Social Distortion at House of Blues
With a free classic car show in the parking lot.

Punch Brothers at Majestic Theatre
Just look at this mess.

KRS-ONE at Gas Monkey Live
The sound of da police.

Brews, Bites & Eats at Sammons Center for the Arts
Eat it up.

Roky Erickson at Granada Theater
Walk with a zombie.

Saturday (9.15)
The Gritznic at Longhorn Ballroom
A family picnic and all-star jam.

BTS at Fort Worth Convention Center
They’re here tomorrow, too.

Pride Brunch at Perle on Maple
Be proud.

Dallas Pride Festival at Reverchon Park
Come on, get happy.

Moon Boots at It’ll Do Club
Keep the faith.

Lil Debbie at The Rail Club
Break it down.

Lucius at Texas Theatre
Right down the line.

Reba McEntire at Toyota Music Factory
Don’t let me down.

7th Annual FOE BBQ Cook Off at Fraternal Order of Eagles
Wait 30 minutes before getting back into the pool.

A Formal Affair, Prom at the Alexander Mansion
Lose your virginity.

Chefs for Farmers: The Mix Off at DEC on Dragon
Shake it off.

Game of Thrones Live Concert Experience at American Airlines Center
Where are my dragons?!

“Cult of the Machine: Precisionism in American Art” at Dallas Museum of Art
Opening day.

Spectrum: The Dallas Pride Tea Party at S4
Pinkies out.

An Evening with Kevin McDonald at Stomping Ground Comedy
The kid’s alright.