Things To Do In Dallas On Tuesday, June 19. 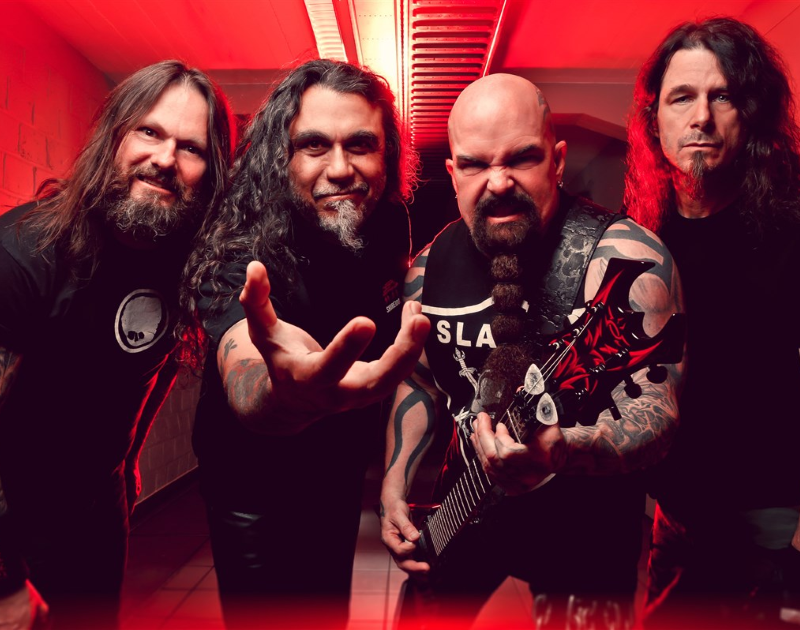 Bid Slayer Farewell, Feed Your Obsession For True Life Tales, Get Mad As Hell at the Angelika, Celebrate Juneteenth in Dallas and More.

Some researchers from MIT have proven artificial intelligence’s capacity for evil by creating Norman, the first psychopath AI.

To do so, they made Norman browse a particularly gruesome Reddit feed. Now, his makers say, he “sees death in whatever image it looks at,” describing one fairly abstract blot of ink as “A man gets pulled into a dough machine.”

Our best advice here would be to stop prodding our eventual overlords in this direction. And also that too much Reddit/the internet in general probably isn’t the best thing for any of us. Rather, powering down the screens and heading out into the world is a more enriching scenario.

To that end, here’s a list of places to consider heading. — Cory Graves

Slayer at The Bomb Factory (Sold Out)
One of thrash’s Big Four is hanging up the studded boots following the second leg of this final North American tour. Lamb of God, Anthrax, Behemoth and Testament open. — CG

Guided by Voices at Trees
After multiple breakups, revolving members and reunion after reunion, Guided By Voices remain as timeless as its infectious hooks. The ’90s are not dead my friends because Guided By Voices is still kicking ass and keeping lo-if rock alive, year after year. Park Doing opens. — Calvin Cashen

Oral Fixation: All Over the Map at Moody Performance Hall
Real life Dallasites will face their fear of public speaking to deliver true life tales about traveling and other variations on this month’s “all over the map” theme. It usually gets pretty juicy. — CG

Diana Krall at Verizon Theatre
The only jazz performer ever to top the Billboard Jazz Albums charts eight times, brings a bunch of nuanced love songs to Grand Prairie in support of her new Turn Up the Quiet LP. — CG

Network at Angelika Film Center (Free)
Because there sure are a lot of people around here that are mad as hell and decidedly not going to take it anymore, Dallas Morning News film critic Chris Vognar is hosting a screening of this classic film. It’s free to attend, but an RSVP at the link above is required. — CG

Cabaret at The Magnolia
Other than Best Picture and Best Adapted Screenplay, which were taken home by The Godfather, this World War II-set musical won every single Oscar it was nominated for after it came out. Liza Minnelli shines as Sally Bowles, an American singer and dancer working in Germany during the Nazi takeover. She falls in love with Brian (Michael York), but their romance seems doomed, especially as the Nazis ramp up their fascist activities. As part of its weekly Big Movie series, there’ll be two screenings tonight at 7:30 and 10 p.m. — Kip Mooney