Things To Do In Dallas On Thursday, November 16. 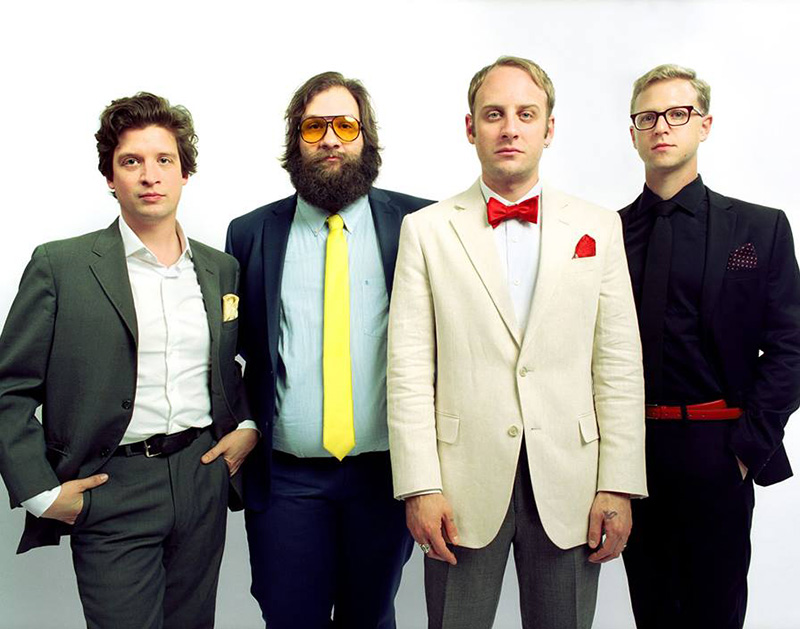 Clown Around With Deer Tick At The Kessler Theater, Bounce Off Clouds With Tori Amos At The Irving Music Factory And Hit The L With Wiki At Club Dada.

Football season is a sacred time in America. The best tailgates of all sports, elaborate watch parties, people screaming at TV’s across the nation and beer. Lots of beer. It’s the kind of thing that gets people excited. Maybe even excited enough to streak across a field with thousands of people watching in the stands? (If you can manage to reach the grass before they drag you off to NFL jail.)

Nowadays, stadium security is over-the-top, so streaking incidents aren’t too common. But one Buffalo Bills super-fan managed to sneak on the field at this past Sunday’s home game against the New Orleans Saints.

To make things even more hilarious, and slightly embarrassed for his beloved team, is that he managed to run more yards than the entire team did the WHOLE GAME. And almost by double.

In 15 rushes, the Bills managed to gain 69 yards during their 47-10 loss to the Saints. The scores and stats along are devastating enough for any Buffalo fan, and to add the fact that the streaking man made a run over 100 yards, even slipping away from security in a cutback move that rivaled most pros, before he was dragged off the field is a little sad. I wouldn’t know whether to laugh or cry for my home team.

With the Tennessee Titans playing the Pittsburgh Steelers tonight, we can only hope for another epic moment like this, but it’s pretty unlikely. Here are some cool events tonight that won’t be as much of a disappointment.

Wiki at Club Dada
The 24-year-old from NYC is making a trip to the Dirty D riding his recent album release of No Mountains In Manhattan. The young rapper got his start in 2012 in a group called Rat King with a two of his friends, just a couple of teens trying to make it in the music industry. The group credits most of their success to Patrick “Wiki” Morales for his chaotic hip-hop and cut-up rhymes.

Stars Go Dim: You Are Loved Tour at The Door
Chris Cleveland, the man behind all that is Stars Go Dim, may seem like your normal family guy, local church worship leader in Tulsa, two kids and stable family life. But after taking a leap of faith to pursue his passion for music, he partnered with Fervent Records and created the 21st-century idea of “record today, release later today,” and whipped up 60 songs that later turned into a 14-track, self-titled debut album.

Nappy Roots at The Prophet Bar
The four-piece from Kentucky was born in 1998 and sold over 3 million copies of its international success, Watermelon, Chicken, & Grits.. Though through its success and opportunity to have this rockstar lifestyle, its members have managed to remain humble and hold strong to their ‘southern swagger.’

Jacob Banks at Three Links
The singer, guitarist and songwriter was born in Nigeria, migrated to Birmingham, England at the age of 13 and began using his artistic abilities to make music at the age of 20 through open mic nights, quickly developing a large following. He brings his heritage and history into his music, blending together African grooves with soul music for an original, captivating sound.

WAX: The Series Concert at Curtain Club
The series will feature Supa Syfy, LA artist and Internet Hustler Of The Year nominee, along with Lil Matt Bad and others in part with Mindset Music Group. There have been numerous hints of brand new content and music making its debut at the show, so don’t miss out on what these guys are up to next!

HER: The Lights On Tour at Trees
The mysterious, unidentified R&B artist has people perplexed and extremely interested. With her soundcloud single “Focus” getting reposted by reputable artists in the industry such as Pusha T, Tyrese, Bryson Tiller and even Alicia Keys, whom she greatly resembles in her insane vocals. The element of mystery makes it hard to resist her live shows.

Tori Amos at The Pavilion at Toyota Music Factory
Born as Myra Ellen Amos, the artist began performing in her early teens and in 1992 released her album Little Earthquakes introducing her signature style. The album went gold in the U.S. and U.K. and propelled her music career forward. She is know known for her piano incorporations and strong influence on the ’90s music scene.

Deer Tick at Kessler Theater
The group is on the road for its Twice is Nice tour supporting its new records Deer Tick Vol. 1 & Vol. 2, making a stop in the D along the way. Every show the group plays two sets: one acoustic set and one electric set. Comedian Solomon Georgio also performs.

Lord Buffalo, Natural Anthem, Angelus at Armoury D.E.
Headliner Lord Buffalo is a mud-folk band from our sister city of Austin founded in 2012. With its album release scheduled for Friday, November 17, the group will likely be performing a lot of new material from the anticipated record. Performing along with them is Natural Anthem and Angelus.