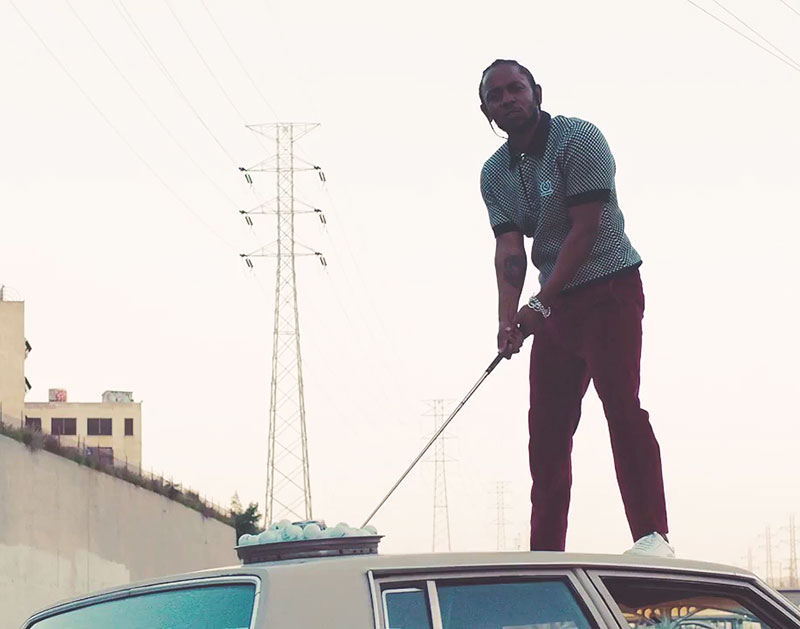 Get Humble With Kendrick Lamar, Cool Down With Water Guns, Get Ice Cream Wasted And Other Things To Do In And Around Dallas This Week.

This weekend is going by a bit too fast for our tastes — not as fast as Moninda Marube, though. He outran two black bears that were charging at him in the woods on the outskirts his Maine home’s property last Wednesday.

First, the Kenyan runner saw the bears in the distance. Then he considered his options. He knew he couldn’t jump into the nearby lake because he can’t swim. So he did the thing he does best — he ran, and all the way to safety.

Imagine you’re Marube and boredom is those two charging black bears. The following list of ongoings is your safe space

Run to it. — Pauline Esguerra

Half-Priced Food and Trivia Night at The Nines
Put your mind to the test as well as your tastebuds. — PE

Terror Universal at The Rail Club
If you could imagine The Predator in a metal rock band, this would be it. — PE

New Math Mondays With EZ Eddie D at Off the Record
Break out your most comfortable dancing shoes, folks. This DJ has the second longest running hip hop show in the world. — PE

Two Steppin’ Tuesdays at Double Wide
Grease up ya’ shoes and ya’ moves. — PE

Tears For Fears at American Airlines Center
Everybody wants to rule the world. — PE

Pinkish Black at Three Links
Mix a little pink punk and black metal. Get it? — PE

Victor Wainright and the Train at Poor David’s Pub
This train’s got the blues. — PE

Candyman at Texas Theatre
He doesn’t give out lollipops, kids. — PE

Thursday (7.13)
Hans Zimmer at Verizon Theatre
If you remember the music behind the scenes you wallowed in during Interstellar, here’s your guy. — PE

Jimmie Vaughan at House of Blues
This ’80s musician has some serious guitar skills. — PE

Montu, DJ Mikey Rodge at The Green Elephant
Spinning some of their new records you can’t miss. — PE

B.o.B. at Gas Monkey Live!
That one rapper from your favorite 2010’s song with Hayley Williams. — PE

A League of Their Own at Texas Theatre
There’s no crying in baseball. — PE

Adele Givens at Arlington Improv
You might’ve seen her on Comedy Central. She is, after all, a member of the Queens of Comedy. — PE

Bastille Day at Bishop Arts District
If you can’t travel across the pond to Paris this summer, this is the next best thing. Plus wine. — PE

BJ Stricker & The Kings of State Street, Ryan Berg at Sundown at Granada
This folk fam riding about some Bon Jovi-esque tunes. — PE

Polyamory Conference Dallas at Crowne Plaza Downtown Dallas
Only if you’re into it. — PE

Nu:Tone, The Insiders with Collette Warren, Mc Questionmark at Wits End
Good for the soul. — PE

RL Grime at The Bomb Factory
You’re thinking of R.L. Stine, but this music might give you goosebumps. — PE

Third Eye Blind at Starplex Pavilion
How’s it going to be? — OM

Today Is The Day at The Curtain Club
It’s the kind of metal Motorhead fans would enjoy. — PE

Water Gun Fight at Klyde Warren Park
Be nice to the kids. — PE

Feel The Heat Tour at Noble Rey Brewing
Because Texas heat has you wanting a cold beer. — PE

The Polyphonic Spree at Trees
Follow the day and reach for the sun. — OM

Saliva at Bronson Rock’s Black Hole Theater
Keep it in your mouth, stud. This is a hard rock group. — PE

Sunday (7.16)
The Underground Comedy Series at Hyenas Fort Worth
Laugh it up before the week rolls around. — PE

Late Brunch at The Nines
We get it, Saturday was rough. Luckily for you, Sunday Brunch doesn’t start til’ 3 here. — PE

Jonny Craig, Hearts Like Lions, Dreamhouse at The Dirty 30
Get shook with some good rock tunes. — PE

Skinny Cooks at Sundown at Granada
Can’t trust them in the kichen, but you can trust them on the stage. — OM

Subculture at Off the Record
Bringing 80s punk from the east coast. — PE

July Social Ride at Continental Avenue Pedestrian Bridge
Get your morning workout in, y’all, while raising awareness about PTSD. — PE