Things To Do On Thursday, February 9. 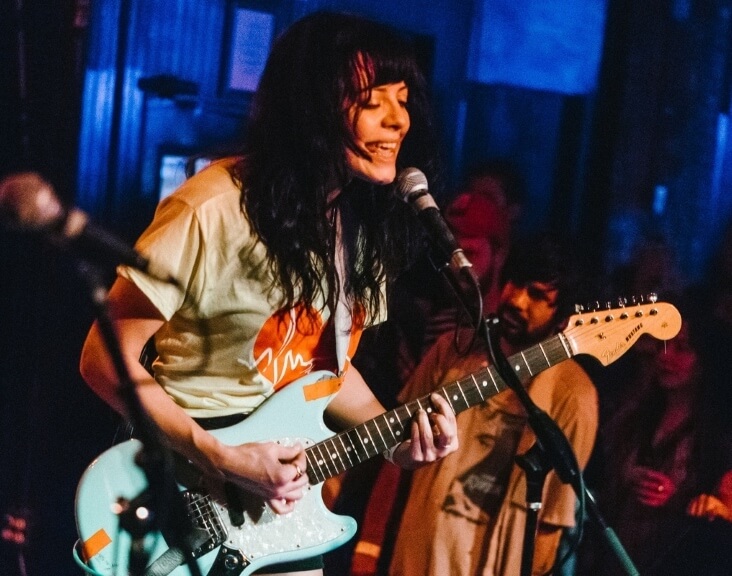 You know that thing when you’re watching CSI, and someone takes a super blurry photo of a bad guy, but then they use their super secret investigator software to “enhance” it until it’s crystal clear, and then we all roll our eyes and laugh because it’s far-fetched?

Well maybe it’s not really all that outlandish these days. Google Brain can kind of do that now. No, it doesn’t generate the highest resolution photos, but it can make things a hell of a lot clearer.

And we can do something similar with your evening’s prospects. We’ve used our not-really-real CSI software to enhance tonight’s outlook. Hopefully this list makes things a hell of a lot clearer. — Cory Graves

The Coathangers at Dada
Crass, bold, fiesty, fearless…the list of words to describe The Coathangers overall bad-assery is endless. The band is immensely charismatic and talented, yet, simultaneously spiny like a porcupine covered in cactus needles. Local greats Pearl Earl and Acid Carousel open. — Roberto Aguilar

Milemarker at Double Wide
Back in the fall, the pioneering post-hardcore outfit released its first new music in 11 years, proving themselves still capable of churning out some heavy, synth-based music you can both dance and thrash to in equal measure. Stealers opens. — CG

Too Close to Touch, Waterparks at The Prophet Bar
TCTT has only been around about three years, but crowds are catching onto the young post-hardcore outfit quick. Taking cues from Milemarker, the band’s able to add some indie cred and infectious melodies in with its hard edge sound. Chapel and Recent Rumors open. — CG

Nick Guerra at Hyena’s (Dallas)
This Dallas boy and Last Comic Standing favorite released his first comedy album last year. Now he’s back doing some hometown shows this weekend only, of which, tonight’s comes with free entry. Oh, and here’s a clip of him performing on The Tonight Show With Jimmy Fallon. — CG

Rowdy Fifty Shades Darker at Alamo Drafthouse
The Alamo chain is notorious for its no talking/no phones during the movie policy. That shit’ll get your ass kicked out quick. But for certain showings of the Fifty Shades sequel, they’re allowing not just talking, but whooping and/or hollering. — CG

Ted Cruz Office Visit at Lee Park
No, the senator’s not really visiting, but a bunch of people angry with him are going to gather, voice their concern with how he and his party are running things in Washington, and come up with an official statement to deliver to his office. — CG

Breakfast at Tiffany’s at Majestic Theatre
There’s nothing new one could say about Breakfast At Tiffany’s. It’s a classic film. From the music to the actors to the costumes it’s one of the most iconic movies of all time. “Moon River” alone has been covered a countless amount of times, and it seems like every year someone is copying Audrey Hepburn’s black dress and long cigarette look. Take this opportunity to share this film with someone special. It is Valentine’s Day soon, right? I think you’ll both kinda like it. — RA

Volunteer Deputy Registrar Class at Dallas County Health and Human Services
Go to this and become a volunteer deputy registrar, which basically gives you the power to register people to vote. As we’ve come to learn, voting is v important these days. — CG