Things To Do In Dallas On Tuesday, December 26. 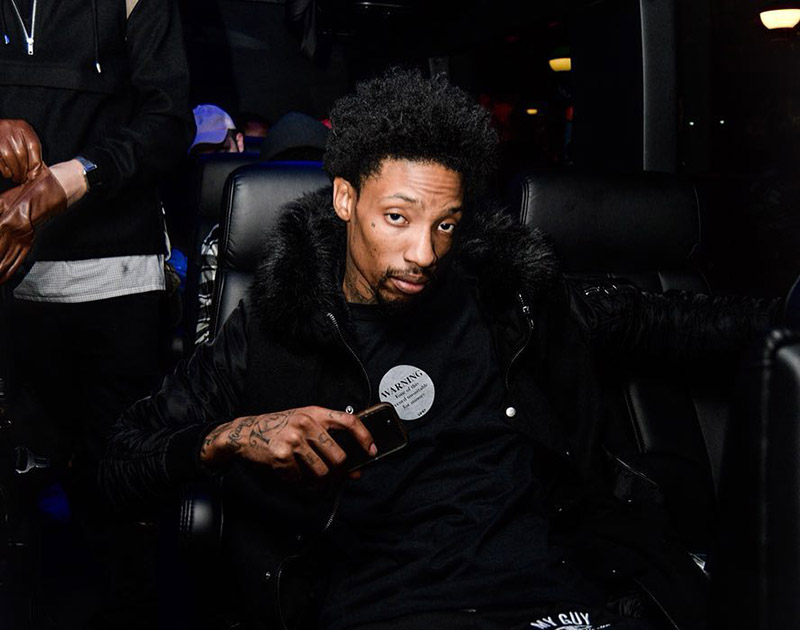 Don’t Play With Sonny Digital At The Cambridge Room, Show Up For Buzzbrews Kitchen’s Sixth Annual Ugly Sweater Open And Jam At Off The Record.

We may be just a day departed from Christmas Day, but frankly, the spirit of the holiday starts to drag on a bit.

And if you’re trying to start withdrawing from the Christmas spirit bubble, we suggest checking out these photos we came across the other day of weird portraits with old Saint Nick and frightened little kids.

The other photos are super retro portraits of the jolly old fellow that include one Santa who looks like he escaped from prison, a Santa visiting kids with some creepy-ass clowns and a 1912 version of Santa that looks like a damn demon.

So if you’re trying to make it through the week, we hope those photos helped to start putting you in the spirit of getting out of the Christmas spirit and start looking into the next year. And while you’re at it, you should check out one of the following events to start

Hot Sauce at Off The Record
Spend your Tuesday with Jason Burt of Medicine Man Revival while throwing back a $6 tall boy and shot pairing. The perfect way to get a break from all those relatives in town.

It’s A Dreamy Night With Cameron Smith and Friends at Lola’s Saloon
It’s the last dreamy night of the year at Lola’s Saloon in 2017. Come check out some original songs as well as covers at this live music performance that sometimes gets a little bit of an improv twist.

The Big Movie: Christmas in Connecticut at Magnolia Theatre
Catch a screening at either 7:30 or 10:30 p.m. of this holiday classic about a food writer who is pretending to be a married woman living on an idyllic farm but is left scrambling to keep up her charade when her publisher wants to arrange a meeting between a big fan of hers who happens to be a recovering war veteran.

Sonny Digital at Cambridge Room (House of Blues)
The Georgia rapper has mostly made his name in the rap game mostly as a producer, but he’s stopping in town tonight to show off that he’s not just about racking up those producer creds.

Sixth Annual Classical Ugly Sweater Open Mic at Buzzbrews Kitchen (Lemmon Avenue)
Either show up in your favorite ugly sweater or bring some materials to craft your own. It’ll be a real party once you start scarfing down some tasty food and the classical tunes start playing.

Heart Of Dallas Bowl at Cotton Bowl
College bowl season is well under way. At this Dallas classic, it’ll be the Utah Utes taking on the West Virginia Mountaineers. Be sure to bundle up.