Things To Do In Dallas On Thursday, March 1. 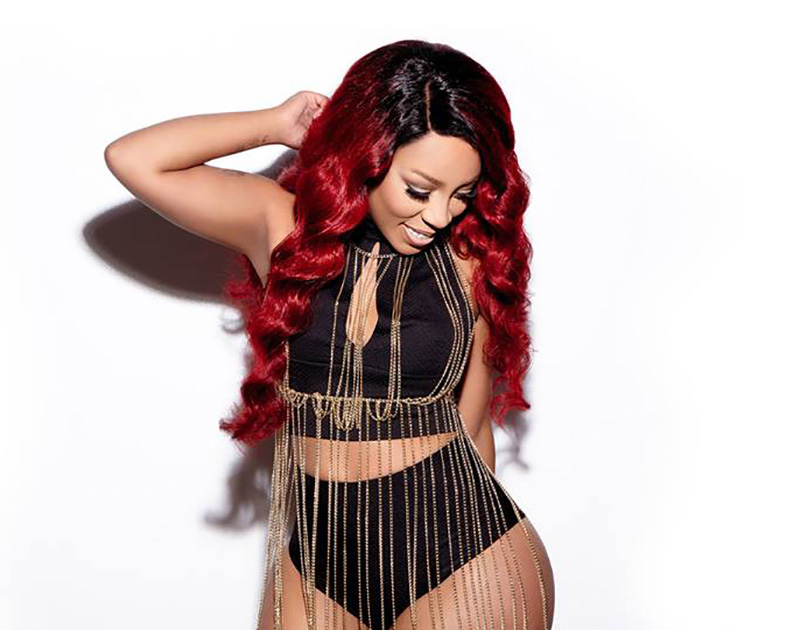 Love ‘Em All With K. Michelle At House Of Blues, Discuss Art And Gentrification At The Wild Detectives And Dance Your Ass Off With Steve Aoki At The Bomb Factory.

When the Dallas Comedy Festival kicks off, it’ll feature its biggest booking since 2013 when Keegan-Michael Key performed.

And that’s because the very talented Sasheer Zamata is headlining the four-day comedy festival that’s scheduled for March 28-31 at the Dallas Comedy House. Co-headlining the event with her will be improv group 3Peat out of Chicago.

The festival this year is set to be the biggest one to date. This year, festival organizers also booked the help of Independent Bar & Kitchen’s Regal Room to provide a third stage for performs to dish out the laughs.

We’re pretty stoked that Zamata is going to be in town for those dates and we’re excited for the jokes she’ll be telling. But again, that is still a few weeks away. And until then, we’ll keep entertained with plenty of things to do, as you can see below. — Obed Manuel

Steve Aoki at The Bomb Factory
The EDM powerhouse in here. And there are still a few GA tickets available as of publication time. How that’s possible, we don’t know, but you’d better act fast. — OM

Aunty Donna at Kessler Theater
Aunty Donna, an internet phenomenon, burst onto the comedy scene in 2012 with fast paced, alternative comedy and musical sketches on YouTube. Since then, the crew has amassed more than 28 million views on YouTube and sold out at comedy festivals all over. Now they’re in town to get you laughing it up. — Kita R. Moon

Gentrified Dallas at The Wild Detectives
The Wild Detectives is kicking off its series about gentrification with a talk about how the art is affected when an area undergoes heavy redevelopment. Organizers as well artists will discuss the good, bad and ugly sides of gentrification. Artists and organizers include: Tamitha Curiel, Rafael Tamayo, Giovanni Valderas and Montoya Williams. Event will begin at 7:30pm. — KM

The Dead Milkmen at Trees
The Philadelphia punk rock band formed in the late ’70s and rocked it through the ’80s and part of the ’90s. The band appeared to be done for good after breaking up and after bassist Dave Blood committed suicide in 2004. The crew is in town, though, and ready to show that they can still do the do all these years later. — OM

K. Michelle at House of Blues
The “Can’t Raise A Man” star is scheduled to blow down the House of Blues tonight. K. Michelle is in town while on her The People I Used To Know tour in support of her latest album. Damar Jackson opens. — KM

Jake Odin & The Marching Band at Deep Ellum Art Company
Get ready, get set and get Funky with this soulful sextet.  The fairly new funk group started performing in 2016 and since then has been putting its own funky, soulful twist on the blues. Also performing at this show will be Orchids Bloom. Music starts at 8 p.m. — KM