The Spread: Taste of Dallas’ Foodie Fest To Take Over Dallas Market Hall. 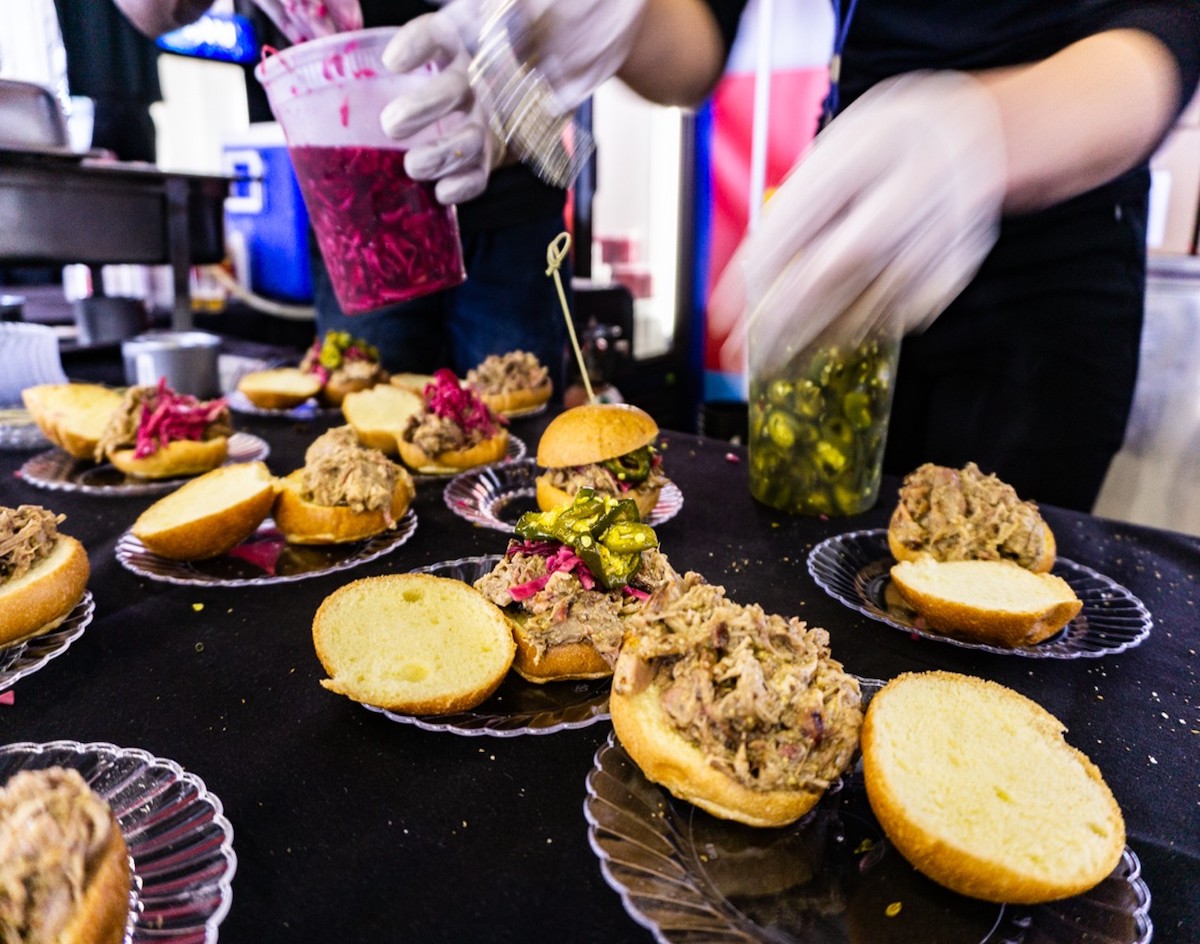 Heads up foodies: Taste of Dallas is back for its 36th year, bringing three days of yummy eats, good drinks and family-friendly activities to Dallas Market Hall next month.

From June 10 to 12, foodies can gather for both indoor and outdoor offerings from North Texas’ best and brightest. Some of the main attractions include a BBQ showcase by Smoke & Sauce, a grilling demo by Premier Grilling and every bacon-lovers dream, a showcase from Baconland.

For taco enthusiasts, the Tacophoria attraction will bring together various offerings from taquerias, and you can get your fried food fix at the It’s So Fair! Attraction.

There will be plenty of food to indulge in, so get involved early with free general admission tickets for all attendees on June 10.

Meanwhile in Plano, Legacy West is getting a taste of contemporary European culture with a colorful new food market. Inspired by the tourist-attracting street vendors, shops and food of the Mediterranean, Darna Mediterranean Market is slated to make its debut in late May. The market aims to immerse Dallasites in a colorful experience with both dine-in and grab-and-go service. Darna’s (our “house” in Arabic) full-service kitchen will serve up classic Mediterranean cuisine like Greek feta fondue, pastrami hummus and chicken kabobs. For patrons on the go, the market will feature a deli with ready-to-eat options. For those with some extra time on their hands, you can browse ingredients, oils, Moroccan spices, dried fruits and European delicacies.

As for drinks, the concept will boast a coffee bar with Turkish coffee and a full-service alcohol bar, too.

Over on SMU Boulevard, a new Chinese joint Cafe Hunan is open for lunch and dinner. The eatery delivers familiar Chinese dishes like fried won ton, egg rolls and sesame chicken. Patrons can choose from chicken, beef, pork, seafood and vegetable-based entrees and the concept is also offering various soups and house specials like dry braised green beans and prawns with honeyed walnuts.

This next one is for you technology-loving foodies.

Which Wich Superior Sandwiches, the Dallas-born chain we all know and love, debuted a techy new spin-off called WICH! on April 29. Formerly the original Which Wich location downtown, the futuristic concept employs a virtual cashier ordering system. Diners will enter their orders on a kiosk, interacting with a real-live person through the screen. The spot also debuts a refreshed menu, with additions including an egg salad, a French dip and expanded plant-based options.

While virtual ordering has been gaining popularity since COVID-19 wreaked havoc on the restaurant industry, social-focused restaurants have been on the come-up too.

Speaking of, Little Elm will gain a new eatery called Tinman Social that has an emphasis on family-friendly entertainment, food and games. Indoor and outdoor dining, full-service bars and attractions will combine for hours of amusement. Kenneth Wynn is founded the concept to life, aiming to bring “joy to the community.” Named for Little Elm’s Tin Man water tower, the venue will offer party and event spaces, bowling lanes, an arcade and axe throwing.

Just thinking of all the action has us working up an appetite. The menu’s full details aren’t available to the public yet, but you can expect shareables and snacks, chicken and waffles and specialty drinks. The groundbreaking ceremony was held back in March 2021 and the anticipated opening date is set for June.

A rustic California-based restaurant and bar District is making its Texas debut in Addison on May 6. The “global” restaurant will be open for lunch and dinner with a menu that pulls influences from various cultures and styles of cooking. Located at 5100 Belt Line Rd., the menu will rotate seasonally with major shareable offerings. Lamb meatballs, Korean BBQ pork belly, charcuterie board and risotto balls are just a taste of what District has to offer.

And now, let’s finish this off with something sweet.

New York’s Van Leeuwen will soon serve up its famous ice cream in a West Village storefront. With 29 ice cream shops in total and three in Houston, the May 7 opening will mark the first DFW location. Van Leeuwen’s ice cream has garnered a loyal fanbase because of its simple approach to ingredients, variety of unique flavors and vegan offerings. On opening day, patrons can get a scoop for $1, so if you haven’t already tried Van Leeuwen’s ice cream, we think it’s the perfect opportunity to try it.