[Q&A] Andrew Chapman Is All The Rage. 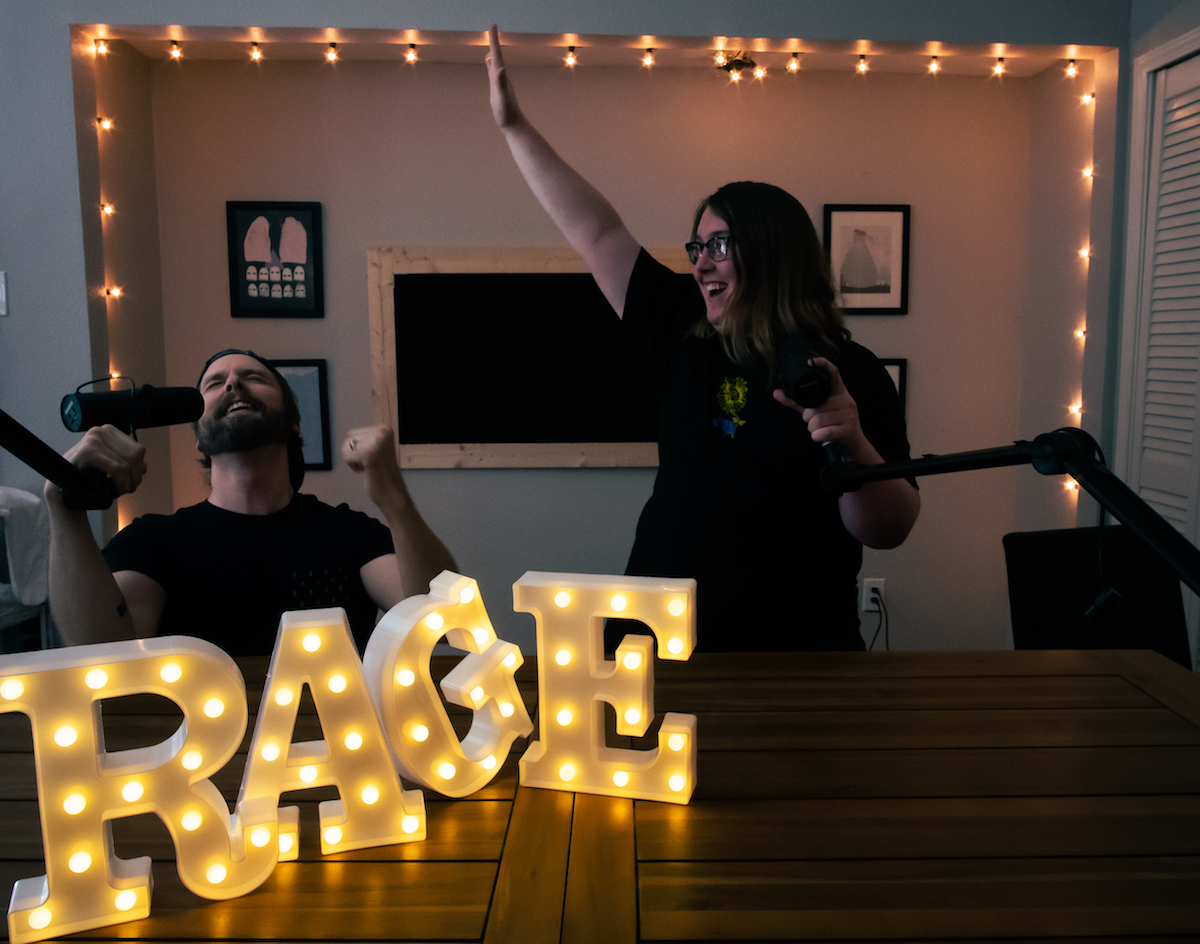 Dallas Musician Andrew Chapman Put A Quick Hold On Music To Co-Host The Minimum Rage Podcast, In Which He Recounts Retail Horror Stories.

Dallas-based Andrew Chapman has put his musical instruments down for the time being to focus his creative energy on co-hosting a podcast. He’s played in several bands (Goodnight Ned, Red Book Current, the Nighttime Sky and the Simple Pages) and as a solo artist, but after moving back to North Texas, he has co-hosted a podcast centered around tales of working for minimum wages in retail called the Minimum Rage Podcast. With fellow host Tyler Northcott, they bring on friends and co-workers to discuss funny and/or crazy tales about customer service. 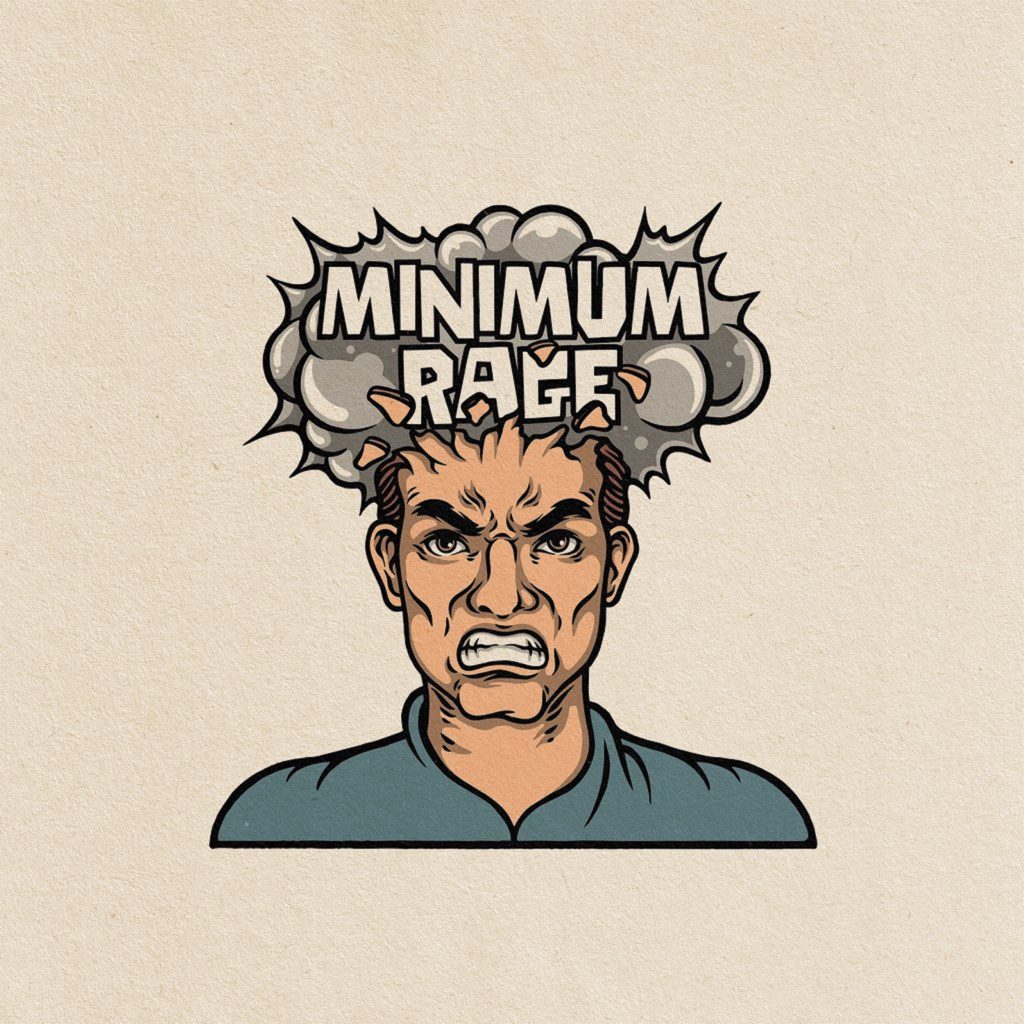 Since launching a few months ago as an audio and visual podcast, they’ve caught some nice traction on TikTok. Their “The angriest I’ve ever made a customer pt. 2” clip racked up over a million views on the video-centric platform.

We wanted to catch up with Chapman about how his podcast came together, his views on an apparent shrinking working class and his desires to get back into playing music.

What made you want to do a podcast specifically about working minimum wage?

I’ve worked a lot of different jobs in my life. Most of them have been retail, outside of a couple of stints in corporate America-type stuff. Between my co-host Tyler and I, we have something like 30 years of customer-facing retail style experience. We worked together for a little while at the store I still work at. We would swap stories of the crazy customers and things like that. Tyler approached me one day with, “Yeah, I want to do a podcast about something, I’m not sure what.” I said, “I have this crazy idea where we would take all of the crazy customer stories.” Essentially, be a storyteller podcast.

We realized there was a goldmine of content because there has been so many people that have [worked retail], whether it was their first job or they still work in retail. Because of the nature of customer service being the front line for a corporation – Tyler put it as “Operation Human Shield” – you’re definitely going to interact at least one, absolutely absurd, customer. We’re just swapping those stories.

When I worked in retail, I would see the dark side of people, especially around the holidays.

You see the best and you see the worst. I think about early [into the] pandemic, people were applauding front-line workers. I would get legitimate, serious eye-contact thank-you that you had no doubt were 100 percent genuine. Three or four months later, everything became severely politicized where people would come in and ask where we kept our hydrochlorothiazide. [Laughs] We go from one extreme to another.

I explore side hustles on TikTok and there is a desire to work remotely and not in retail. One TikTokker mentioned the working class is slowly disappearing after the pandemic. Is that a bit of an overshoot?

Maybe, but I don’t think so. It’s somewhere in between. I think eventually the polarization of the wage inequality – along with the other social issues going on – it’s going to get worse before it gets better. I am optimistic. I do think that whenever you see parabolic shifts, whether the working class disappearing or the wage gap, where it gets worse and worse and worse at a faster rate than before. It typically corrects in the same fashion. Parabolic shifts get met with parabolic corrections. Just like anything, stock market, housing market, wage gap inequalities.

The labor crisis can only get so much worse before it really starts to turn the other way. If I work in retail and I get COVID, I don’t get health insurance through my job. Now this doesn’t make sense. You have a hard time finding people to work. I think I had COVID three times. Definitely once, but I think I had it more due to lack of testing. It’s kinda tough finding people who are wanting to sign up for that.

How often do you guys try to do an episode?

We were doing a grueling pace at first. Before we launched, we had five or six episodes recorded. And then we released them once a week. I realized with a job and a family, it takes so much time to edit an episode. We film everything, we use multiple cameras. To go through hours of footage and make the edits make sense – and have the audio version – and split up that long form video content for medium short form or super short form, it takes forever and a day. I think we’re going to minimize how we’re gonna release the content.

I’m not a numbers guy. I get discouraged when publicists plug streaming numbers to make me think something is of value because of streaming numbers. But something I noticed with the podcast’s TikToks is you had some that got a lot of traction than others.

I had never really engaged on TikTok before this podcast. It’s learning an entire new world. But you can take a video and pin it up at the very top of your profile. So when they look at your profile, you can make the top three things they see are what you want them to see. With most social media, quantity over quality. So we thought we’re going to inundate the internet with metric fuck-tons of content. Eventually, something will catch. The algorithm will show you what you think you might like. It’s gonna give your content a chance on multiple different platforms. If one of those pieces has legitimate engagement, the algorithm will push that to more places. It rewards engagement.

One of our TikToks has 1.4 million views was when I used to work at the bookstore, I had a customer who told me he could have my job. To which my response was, “I’m sorry, sir. We’re not currently hiring.” I think that struck a chord in a lot of people because you don’t usually have that much power in conversations with the entitlement you see on a regular basis.

You’ve played in various bands and right now you’re putting your creative energies into a podcast. But are you playing music right now?

Lately I’ve been wanting to play music again. It’s partially a time thing. I think that music is changing right now. A part of me thinks it’s changing for the better, but I think the music I grew up on – emo rock music from the late 1990s and early 2000s – those bands will never be able to sustain like they did back then. Touring is becoming less and less of an option. Sustainability is going away. With that being said, it’s a little discouraging. But I still love the music. It’s never been easier to produce music. There’s always going to be a kid with problems and I really look forward to hearing his music in the world. [Laughs] 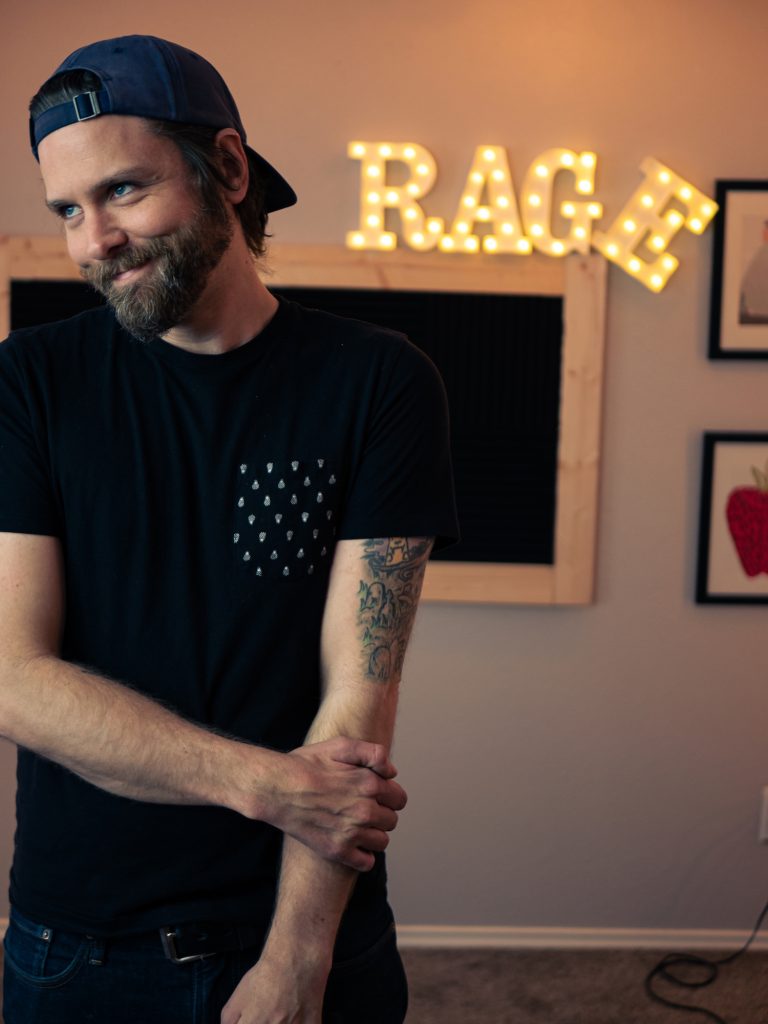