The Spread: One Dallas BBQ Joint Is Named Among The South’s Best. 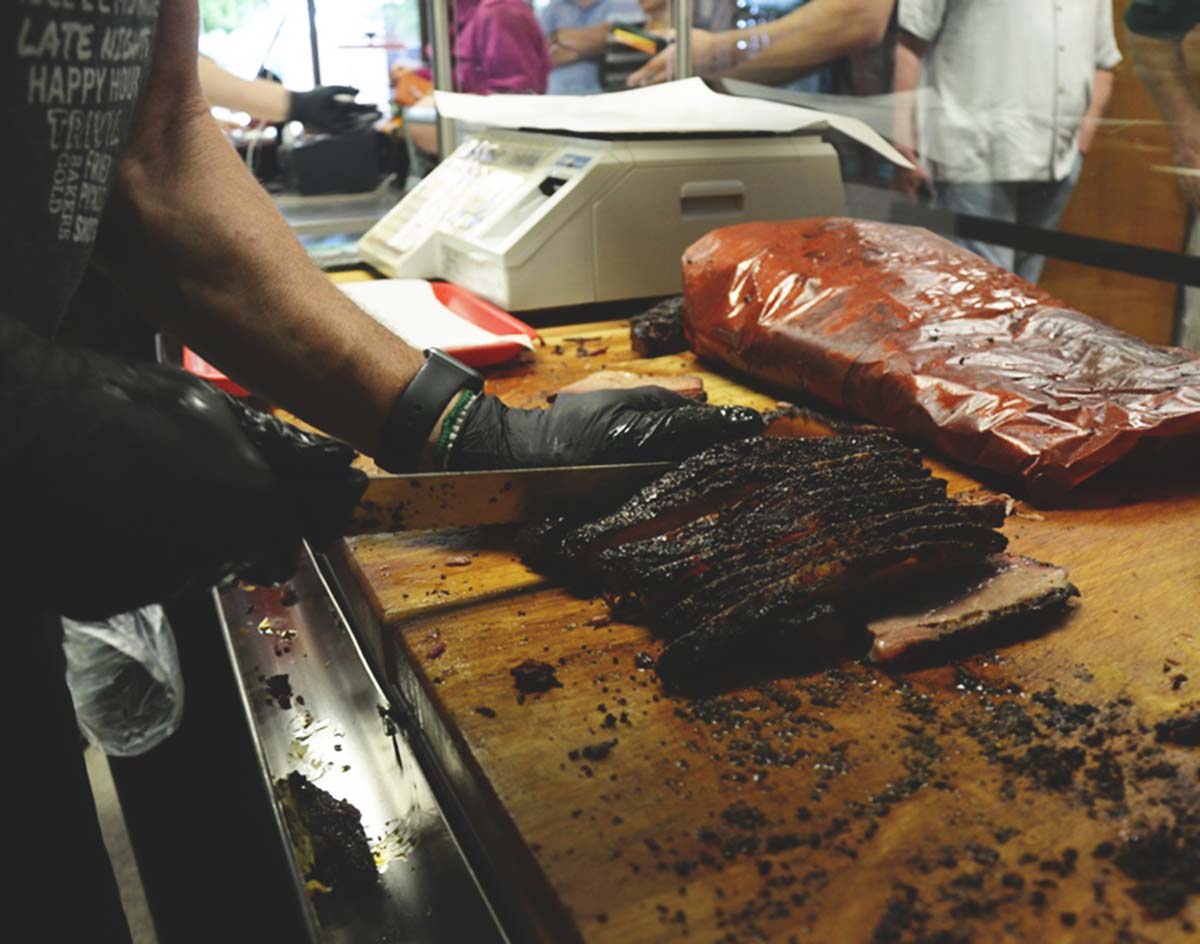 Just One Dallas Barbecue Spot Gets Ranked On A List Of The South’s Best, Fletcher’s Corny Dogs Get Cheesy, Roe DiLeo Brings Brunch To City Tavern And More!

Barbecue has always been a cornerstone of the North Texas dining scene, but with the area’s obsessions with all things shiny and new — a habit not necessarily limited to area foodies, it’s worth saying — trusted old standbys like smoked meats can sometimes get lost in the hype shuffle.

So, indeed, it’s perhaps a bit of a surprise that just one area pit made the cut on a recent list of the South’s 50 best barbecue spots: Cattlelack Barbeque came in at No. 13 in the Southern Living list, where it was joined by nine other Texas restaurants. Seems there were several different factors that determined the rankings, and one of Cattlelack’s stand-out elements was its nod toward the South Carolina barbecue tradition of roasting a whole hog one Saturday each month.

Speaking of traditions: Fletcher’s Corny Dogs are getting a little cheesy just in time for the 2018 State Fair of Texas thanks to a new spin being put onto the fair food favorite. Per CultureMap, the so-called Cheezy Pup is the classic cornmeal-coated hot dog we all know and love, but with a melted American cheese center. Expect it to be available at the two locations during the fair’s run this season — at the Vintage Concession Trailer and The Red Building, specifically.

Also new to the fold is Namaste Texas, which has plans for Indian-fusion bites in North Dallas, according to Eater. The concept is the brainchild of the folks behind Social House, which neighbors the new spot at 5100 Belt Line Road. Per Namaste’s Facebook, expect a menu of bowls, burgers, salads and tacos, all of which will be made with an Indian bent. No news on an opening date as of yet, though.

Back in Downtown Dallas, Hell’s Kitchen star and elevated bar food chef-about-town Roe DiLeo is joining the City Tavern team for its impending move to a new location a few blocks away from its former home. DiLeo will revamp the menu as the former Main Street venture reopens at 1512 Elm Street this fall. Expect more brunch-focused options for weekend, but with very few changes to the current menu. Keep an ear out, too, for an official opening date coming soon.

Out in Addison, meanwhile, the North Carolina-based, GuideLive reports that the trendy doughnut chain Duck Donuts is rolling into the region. The first outpost slated for the North Texas area will be located near Marsh Lane and Belt Line Road, with two more shops coming soon after that. The offerings at this spot include a selection of signature doughnut combinations as well as made-to-order options, plus breakfast sandwiches and sundaes. The concept also features coffee and catering options. Look for an opening late fall.

In other doughnut news, North Texas’ own Hypnotic Donuts is offering a limited-time specialty biscuit inspired by the Cubano sandwich. The “Havana Good Times” is made with slow-roasted pulled pork, sweet ham, Swiss cheese, yellow mustard and pickles on a glazed doughnut bun. The special runs $8 and is currently available at both the Denton and Dallas locations.

And, finally, let’s end the week on craft beer news!

In honor of Shark Week, East Dallas’ surprisingly prolific On Rotation is tapping a series of milkshake IPAs. Starting today and running through Wednesday, September 19, the brewery will be serving up small batches of its lactose-infused brews in flavors like blood orange and mango, strawberry banana shortcake and more. Follow the spot’s Facebook page for more updates on the week’s festivities.

Cover photo of Cattleack Barbeque by Travis Baugh. Got a tip for The Spread? Email us!