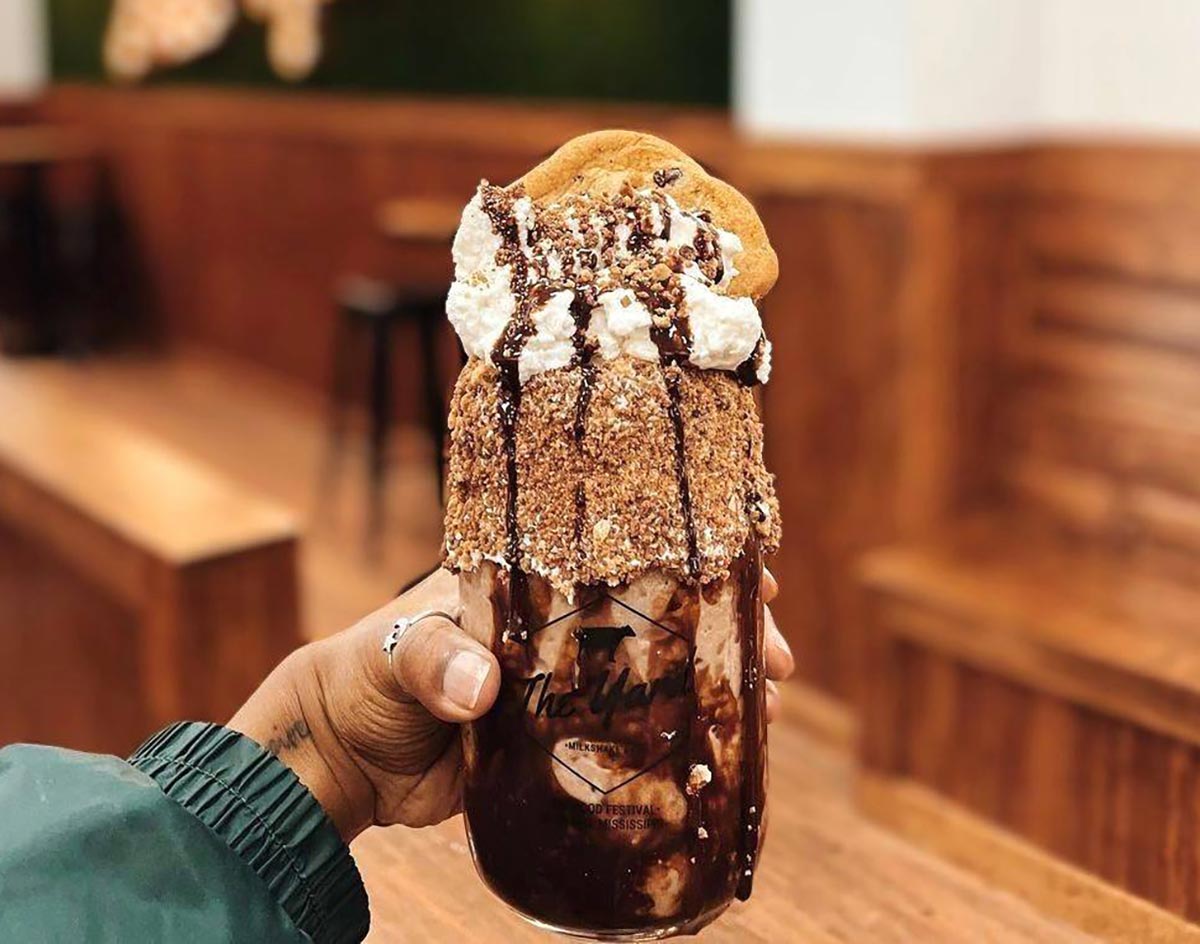 Over-The-Top Milkshakes And Real Housewives-Approved CBD-Infused Cocktails Hit The Dallas Suburbs, A New Taco Joint Location Is (Probably) Opening Near You & So Much More.

Listen, we understand that coming back from a long weekend can be a major drag.

So, if you missed out on some cool Dallas news while nursing a hangover these past few days, fret not: We’re here to catch you up — especially if you’re over eating hot dogs and burgers. (Or, for that matter, corn dogs.)

For one thing, if you’re looking to up your relaxation game, you’ll be eager to learn about a new CBD-infused cocktail bar that’s slated to be opening its doors in North Texas on July 16. As CultureMap reports, the Atlanta-based hookah bar and club The Cru Hemp Lounge will be establishing its first Dallas-Fort Worth location thanks to its founder and Real Housewives of Atlanta regular Dennis KcKinley, who reality TV fans may recognize as the restaurateur that was in an on-and-off relationship with RHOA cast member Porsha Williams.

Cru originally planned to open in Deep Ellum, but will now take over the former Coconut Thai Grill spot in Carrollton, just down the street from Addison’s hookah lounges on Belt Line Road. Under federal and state guidelines, Cru will be required to serve CBD products, such as its pre-rolled hemp joints and gummies, each of which contain less than 0.03 percent THC, per Eater. Its hookahs will be loaded with hemp oil and shisha mixes like gummy bear, winter-fresh mint and Cru mystery mix. The club also has a small plates menu with bar food favorites, such as baby burgers, nacho supremes and traditional wings — but it’s “Crutails” menu consists of fruity cocktails.

Speaking of TV-related food news, that extravagant milkshake shop that made headlines after appearing on Shark Tank in 2019 is including North Texas in its upcoming expansion. If you recall, Dallas Mavericks owner Mark Cuban made an offer of $400,000 for a 22 percent stake in the The Yard Milkshake Bar, but was his deal was never finalized. Regardless, the Dallas Morning News reports that the company has since opened 15 stores across the country and plans to open 10 more shops in Texas. As of now, The Yard will have a home in The Colony — making it the 16th location overall — where it will sell its famous, colorful milkshakes. The shakes here are mixed with ice cream and milk, then stacked with candy, whipped cream, cookies, brownies, doughnuts and more inside a rim-coated mason jar. It all adds up to a concoction big enough to feed multiple people for $14 to $20.

Staying on the topic of milk: The DMN also reports that Volleman’s Family Farm and Shatto Home Delivery have teamed up to launch Volleman’s Home Delivery, a milkman-esque service that will deliver products from local farms and vendors in the region. In an effort to bring more local products to consumers, these products include milk and eggs from the Volleman farm, as well as bread from Empire Baking Co., kombucha from Holy Kombucha and more. Customers can set up order deliveries as often as they want by paying a bottle deposit, which will be returned to them upon their scheduled pick-up arrival.

Meanwhile, no matter when you live in Dallas, you’re likely to soon be a little closer to a Taco Joint. The DMN reports that the East Dallas-born taco brand, which currently boasts four locations (Preston Center, Lake Highlands, Lakewood and its original location on Peak Street), is planning to open three new spots by the end of the year. The new spots include a Forest and Inwood location set to open later this summer, a Plano spot near Collin Creek Mall also slated for an end-of-summer debut and a new home at Preston and Belt Line Road that owners hope will be operation by the end of 2021.

A little change of scenery can go a long way toward a business stepping up its game, it seems. Take, for instance, the Deep Ellum arcade bar Select Start. After years of slinging cocktails to the gamer set on Elm Street, the establishment officially moved a block over to Main Street last week, taking over the space previously occupied by the country music venue The Blue Light. The larger home means more gaming options for guests, as the new location promises some 50 arcade games to go with a DJ booth that will afford the business to host more events than it could at its old home. Talk about a flawless victory.

Cover photo via The Yard Milkshake Bar’s Facebook page. Got a tip for The Spread? Email us!