The Spread: Fort Worth Hops On The Food Hall Wagon. 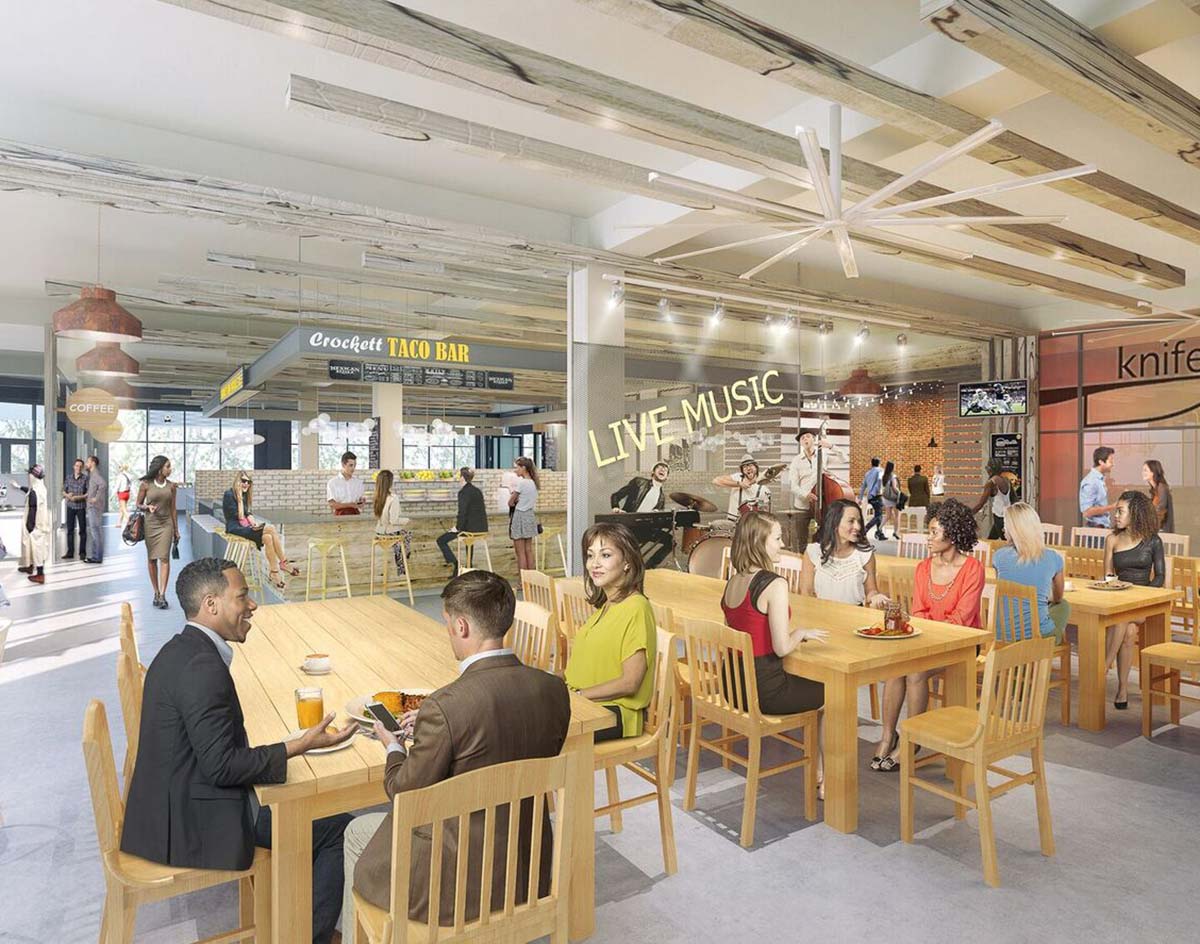 Fort Worth Hops On The Food Hall Bandwagon, A Disability-Inclusive Cafe Opens At Sylvan Thirty, Cafe Express Dials Back Its Dallas-Area Footprint And More!

Oh, you thought that, after weeks of food hall news dominating the area dining discussion, we were done with food hall talk? Hardly. Not without Fort Worth throwing its hat in the ring, anyway.

Today, the game gains another player with the announcement of FOODHALL at Crockett Row, a 16,000-square-foot venture at 3000 Crockett Street in the Fort’s West 7th District. In line with current food hall fashion, the structure will include a variety of concepts and cuisines, including (yet another) outpost of John Tesar’s Knife Burger and the craft cocktail-focused Knife Bar.

More interesting, perhaps, is a Ferris Bueller’s Day Off-referencing concept courtesy of Tesar alumnus chef Victor Villarreal called Abe Froman’s of Fort Worth that, perhaps weirdly, plans to focus on signature pizzas and calzones more than sausages, although it’ll have those too.

Speaking of food halls, Legacy West — the local front runner of the trend — is celebrating its one-year anniversary from Wednesday, November 14 to Sunday, November 18. In honor of its first year, Legacy West will offering in-house dining tour packages with themes such as Around The World, Taste of Asia, The French Connection, American Bread, The Latin Experience, Cheat Day and Veggie. Additionally, Unlawful Assembly Brewing Co. is releasing a special edition, Barrel-Aged Smoke Screen Ale Brew for the anniversary. Tickets can be purchased online or on-site at the first floor information desk the day of the event.

Moving on to some closing news: The healthy food stalwart Cafe Express has closed its Uptown location after 20 years. The Mockingbird Station outpost of the Houston-based chain was also recently closed as a part of the company’s plans to restructure the business, according to CultureMap reports. The closure leaves only the Lovers Lane location standing in Dallas.

Meanwhile, the long-time Park Cities outpost of Snuffer’s has also shuttered its doors. CultureMap confirms that the restaurant at 8411 Preston Road officially closed last month after more than a decade, Although the brand still has 11 other North Texas locations.

Down in The Cedars, on the other hand the Cedars Social space will transition into being the home to Monica’s Mex-Tex Cantina. The new concept aims to change the perceptions of Tex-Mex and Mexican cuisine, falling somewhere in between the two with its menu approach. After taking over the location in March, and then having her plans all kind of fall apart on her in September, owner Monica Green has now fully taken the help of the kitchen. There, she has plans for taco and enchilada specials, as well as half-price wine pairings on Mondays. The restaurant is slated to re-open on November 8.

In more opening news, the pop-up favorite Khao Noodle Shop is making its East Dallas brick-and-mortar debut next week. The restaurant, which will be located at 4812 Bryan Street #101, will serve a host of budget-friendly (read: under $10) noodle dishes, along with other Laotian favorites. The space will also feature Laotian beers to pair with noodles, and a full bar set to come in the near future. The soft opening begins on Wednesday, November 14, with the official grand opening party planned for Wednesday, December 12.

In some sweeter news, the SMU crowds will be introducing the “anything but vanilla” ice cream flavors of Baldo’s Ice Cream Scoop Shop Café to their taste buds after a rather long wait. The shop, found at 6401 Hillcrest Road, is the brainchild of a trio of SMU alumni and will focus on unique ice cream flavors and other café fare. Holiday flavors to look out for will include a toasted marshmallow hot chocolate, chestnuts roasting and  white chocolate peppermint bark. An opening is slated for late November.

In craft beer news: Braindead Brewing is celebrating NTX Beer Week with a Women Of Craft Beer event on Wednesday, November 7, from 7 to 10 p.m. The night includes a panel of women in the brewing industry, moderated by Stephanie Meyer of Lakewood Brewing.

Meanwhile, Noble Rey Brewing Co. has partnered with Do214 for a hemp-infused beer called Certified Dank that’s brewed with hemp hearts and four types of oats, and boast san ABV of 8.4-percent. The brew debuts during NTX Beer Week, and can be found at the Noble Rey taproom on Friday, November 9.

Cover photo courtesy of FOODHALL. Got a tip for The Spread? Email us!