The Spread: Eataly Is Headed To NorthPark. 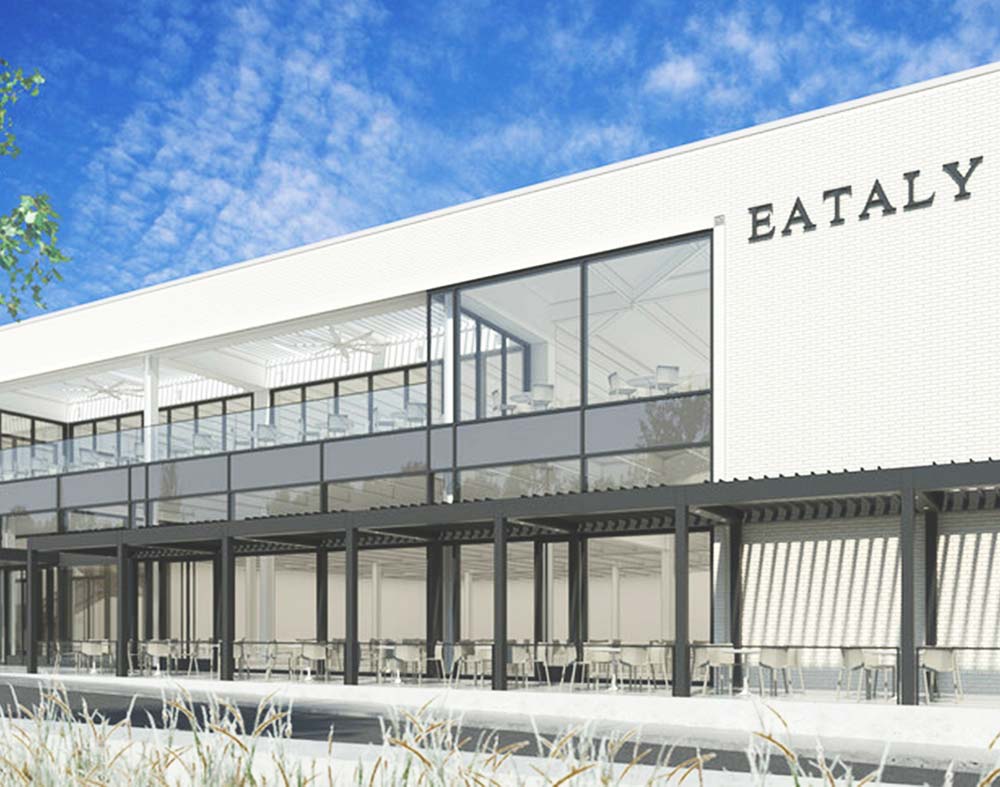 Let’s start things off this week with the biggest story going: Eataly, the noted Italian-themed marketplace and food hall with locations in New York, Los Angeles, Chicago, Boston and Las Vegas has officially announced Dallas as its next target, revealing plans to open soon at NorthPark Center. Following a speculative report earlier in the week by D Magazine that noted how an LLC had been formed under the name “Eataly Dallas,” NorthPark officially announced the news on Tuesday, with pretty much every outlet in town then following suit with coverage.

The first Texas outpost for the celebrated brand will be located between high-end mall’s Neiman Marcus and Nordstorm anchors in the former Pirch space. Expect an opening for the brand (which is no longer affiliated with the embattled Mario Batali) in 2020.

Of course, Eataly isn’t the only food hall expanding its reach these days. Dallas’ own Truck Yard concept, the Dallas Observer reports, is finally gearing up to hit The Colony this summer. The long-anticipated debut of the concept’s second North Texas location (it opened a Houston location in 2018) is set to arrive in mid-July, per that report. Although you can expect food trucks to a be a prominent feature of the new Truck Yard just as has been the case with its other locations, the venture will offer additional draws like 1,400-piece collection of toilet seat art, a brewpub called Beard Science, a tiki bar, karaoke and live music.

Another kitschy spot set to open soon is a new miniature golf-themed bar called Another Round in West Dallas. PaperCity reports that the venture will feature rotating themed courses set up within its indoor space near Sylvan Thirty (first up will be a concept called “Oak Cliff Country Club”) along with a full bar, plus food from the nearby Cooper’s Meat Market. Anticipate an opening later this spring or early this summer.

Along similar gaming-meets-boozing lines, the Lakewood Theater‘s new tenant has been revealed as a bowling alley named Bowlski’s. GuideLive notes that the new venture will include a small-bites restaurant and a bar in addition to 10 bowling lanes and an upstairs billiard area. Operated by a pair of investors who also helped open the similar Bowlounge concept, the business is set to open “soon,” although no exact date has yet been revealed.

A perhaps more unique opening on the horizon is a new kosher concept that Eater reports is opening near the Galleria mall. Located at 13534 Preston Road, The Market Local Comfort Café will focus on breakfast, brunch, and lunch, with an “East Coast meets local” aesthetic. The menu will be built around pescatarian, vegetarian and vegan dishes, although it also promises to be approachable for all diets. Addition to items like house-cured gravlax, the restaurant will also have a full pastry program, coffee and a selection of grab-and-go offerings. The official debut takes place on Friday, May 24, with Sunday brunch service (complete with free mimosas) beginning next month.

On the barbecue front, CultureMap notes that Hurtado Barbecue Co. is bringing its craft barbecue wares to Arlington. The former pop-up is opening a brick-and-mortar at 205 E. Front Street in the Urban Union neighborhood. Inside of the 2,000-square-foot space, Hurtado will combine traditional barbecue staples with Tex-Mex influences, so expected dishes like barbacoa tacos, smoked carnitas and smoked elotes, just to name a few items. There will also be some brunch items in the lineup, in addition to beer and wine options. As for the build-out? The space will have a dog-friendly patio and a stage for live music. Lookout for an official opening date.

On the closing wire, the city lost a beloved sandwich option with the closure of C Señor. CultureMap reports that the Bishop Arts District sandwich and taco stop shuttered recently after four years at its W. Davis Street locale due to rising rents in the area. On the plus side, owners say they plan to bring back the concept at a different location, so fans of the spot’s popular Cuban sandwich and yucca fries should be able to enjoy them again at some point in the future.

Out in Uptown, meanwhile, another closure continues the ongoing altering of the neighborhood bar scene as Eater notes that Renfields Corner has said goodbye to the neighborhood. The announcement was first made via Facebook in a post that both expressed sorrow over the move, while also thanking regulars for their support over the years.

Also in bar news: Eater notes that a former Plano bartender is facing misdemeanor charges for allegedly over-serving a man who would go on to commit mass murder after she served. The defendant was charged just this week for the September 2017 incident in concordance with a TABC law that forbids bartenders from serving an intoxicated person. The shooter went on to kill eight people, including his ex-wife, after leaving Local Public House, which relinquished it’s liquor license last year. If found guilty, the defendant will face up to a year in jail and a $500 fine.

Ending off with our usual craft beer notes: Deep Ellum Brewing Co.’s Funkytown Fermatorium spot is offering some solid exclusive brews per Dallas Observer reports, including The Funkytown Brown (a 5.5% ABV brown ale), the Belgian Squeeze (which clocks in at 5.3% ABV) and The 4 Grain Rustic Saison (which registers at a cool 7.5% ABV).

Meanwhile, Beer In Big D notes that Lakewood Brewing Co. is bringing back its beloved Raspberry Temptress. After 18 months in retirement, the brew has returned for a limited time and will be available in four-packs of 12-ounce bottles at liquor and gourmet grocery stores around the area, as well as on draft at craft beer-centric bars and restaurants.