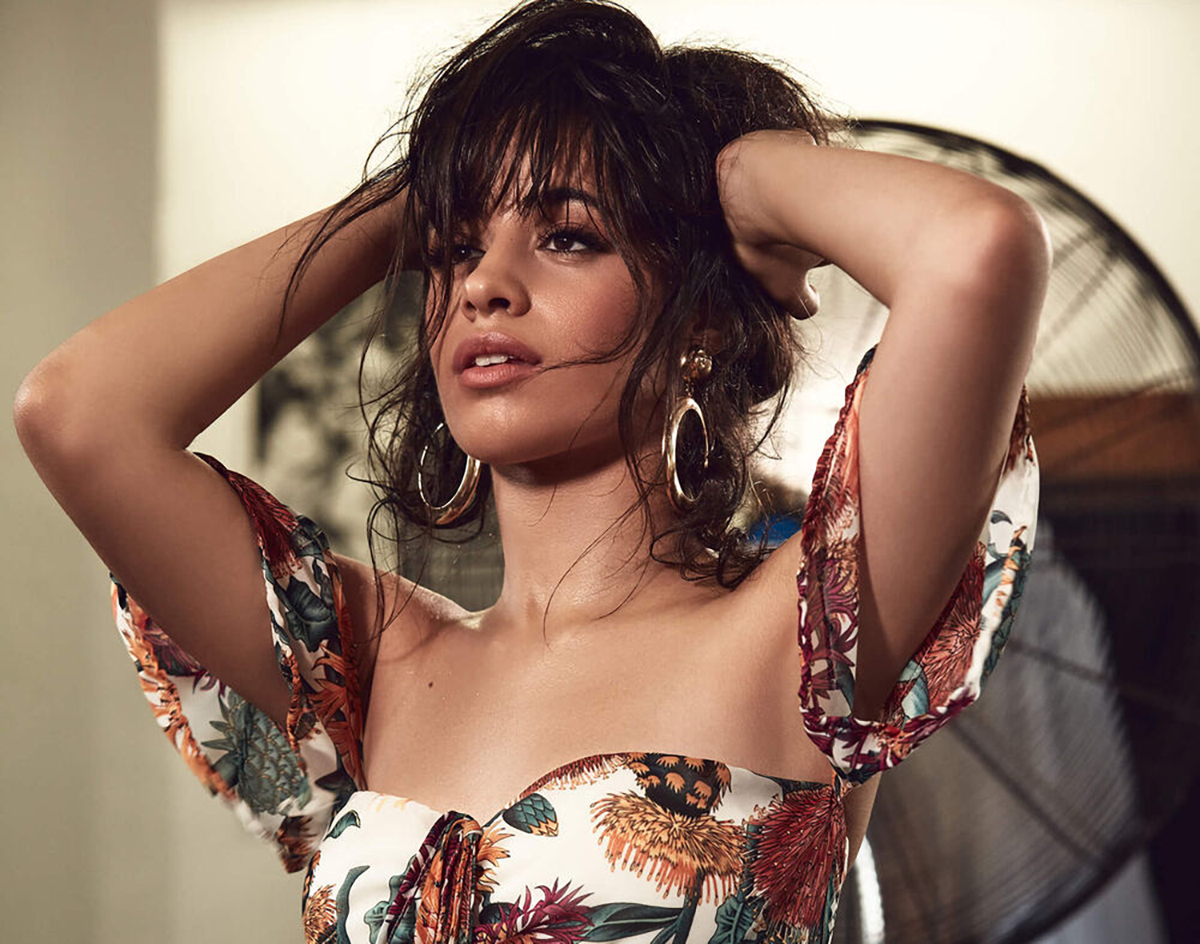 Also Among This Week’s Upcoming Dallas-Area Shows You Should Know: Soccer Mommy, Martin Lawrence, David Crosby And So Much More.

You may recall a few weeks ago that My Chemical Romance announced a reunion. At this point, it’s old news, but with 2019 (and the ‘10s) coming to an imminent close, it merits reflection on just how much 2000s emo nostalgia will shape the musical landscape, as there’s an interesting trend in which a new generation waxes nostalgic over the generation that precedes them by 20 years.

You know where this is going.

It’s logical to speculate that MCR’s reunion is merely lubing the gears for what’s to come. It’s likely that this coming decade will spark a new wave of appreciation for OutKast and The Killers, and it’s guaranteed that many will sport those studded belts and Vans kicks.

If that applies to you, you’ll be pleased to know that emo/post-hardcore shows have been announced en masse this week. If that doesn’t apply to you, then hey, there are still some announcements that are of possible interest. Whatever contingent applies to you, this segment will bring you up-to-speed on the latest concert announcements.

The Pharcyde
Friday, November 22 at Gilley’s
Free w/ RSVP
So yes, this announcement is incredibly last-minute, but that’s because Jack Daniel’s is putting together free events titled “Jack Daniel’s Art-Beats Lyrics” (ABL for short), and legendary west coast hip-hop duo The Pharcyde have been tapped as headliners for the Dallas affair. Jay*Clipp, Wally Sparks and Jeremy Avalon open.

Dirty Honey
Saturday, January 18 at The Blue Light
On sale Friday, November 22 at 10 a.m.
If you’re one of those people who hates Greta Van Fleet for sounding exactly like an influential classic rock band, then steer clear of this.

Marlon Craft
Saturday, January 25 at Ruins
On sale Friday, November 22 at 10 a.m.
Marlon Craft is a New York rapper who has received co-signs from names like Killer Mike and T.I. (back when getting the approval of the latter wasn’t as bad of a flex as it is now) and signed with Sony’s Same Plate label earlier this year. If politically-charged hip-hop is your speed, you will probably dig this.

AJJ
Monday, January 27 at Trees
On sale Friday, November 22 at 10 a.m.
This band used to go by the name “Andrew Jackson Jihad,” if you were wondering.

Walk Off the Earth
Tuesday, February 18 at Majestic Theatre
On sale Friday, November 22 at 10 a.m.
As is the norm these days, Walk Off the Earth made a name for itself in dropping cover songs on YouTube. These days, the band is churning out originals.

City Morgue
Saturday, February 29 at The Cambridge Room at House of Blues
On sale Friday, November 22 at 10 a.m.
This hip-hop trio recently went on tour with $UICIDEBOY$, Denzel Curry and Turnstile. Member ZillaKami is also owed some credit for 6ix9ine’s fall from grace.

The Wonder Years
Sunday, March 1 at Canton Hall
On sale Friday, November 22 at 10 a.m.
As it turns out, this pop-punk band is not named after the television series of the same name, as many have often assumed. It was actually the title of a paper that lead vocalist Dan “Soupy” Campbell came across.

Olivia O’Brien
Thursday, March 5 at Canton Hall
On sale Friday, November 22 at 10 a.m.
Olivia O’Brien is a 19-year-old pop artist and singer-songwriter who, like many artists her age, enjoyed a launch on Soundcloud. She became a protégé to rapper Gnash and subsequently inked a deal with Island Records, where she released her debut full-length Was It Even Real? back in April. She is perhaps best known for her feature on Gnash’s single “I Hate U, I Love U.”

Dance Gavin Dance
Thursday, March 19 at Bomb Factory
On sale now.
If you truly want to relive the 2000s emo experience with this show, just pretend that Jonny Craig is still part of the band.

We Came As Romans
Wednesday, March 25 at Canton Hall
On sale Friday, November 22 at 10 a.m.
For some reason, We Came As Romans was commonly labeled a Christian band, and the band spent years disputing that. It even had an opportunity to monetize off sheltered suburban kids whose parents only let them listen to Christian music, and still didn’t. Good on them.

King Krule
Thursday, April 2 at House of Blues
On sale Friday, November 22 at 10 a.m.
The British virtuoso sold out Granada Theater last year so, y’know, don’t sleep on him.

Lil Mosey
Sunday, April 16 at House of Blues
On sale Friday, November 22 at 10 a.m.
Lil Mosey released his second album, Certified Hitmaker, less than two weeks ago. Very bold label to bestow upon yourself, but we’ll just let time do its thing.

Martin Lawrence
Friday, May 1 at The Theatre at Grand Prairie
On sale Friday, November 22 at 10 a.m.
‘90s comedy icon Martin Lawrence is hosting the “Lit AF Tour,” which is also packaging the Dallas-affiliated Ricky Smiley, Deray Davis, Hannibal Buress (whose likeness we’ve used for many gifs on these blurbs) and Donnell Rawlings.

Rascal Flatts
Saturday, May 2 at WinStar
On sale Friday, November 22 at 10 a.m.
“Flat on my back, I’m a fucking rascal! Tickle my tummy, I’m a little asshole.” –The new Rascal Flatts song. Ok, fine, not really. But wouldn’t that be amazing?

Soccer Mommy
Thursday, May 7 at Granada Theater
On sale now.
Singer-songwriter Sophie Allison studied guitar through high school, and following her senior year, she began home-recording songs and uploading them onto Bandcamp under the moniker “Soccer Mommy.” The rest is history.

Lake Street Dive
Friday, May 8 at The Majestic Theatre
On sale Friday, November 22 at 10 a.m.
In 2014, the Pittsburgh Post-Gazette published a story that ran under the headline, “Lake Street Dive took off after ‘Inside Llewyn Davis’ concert.” The person that made that happen was none other than Fort Worth’s own T Bone Burnett.

David Crosby
Thursday, May 26 at Granada
On sale Friday, November 22 at 10 a.m.
Listen, we know Neil Young’s success has eclipsed David Crosby’s, but The Byrds’ album, Mr. Tambourine Man, had enormous influence over power-pop and essentially pioneered the jangle-rock genre. Give the man his due – The Smiths wouldn’t exist without his imprint, nor would most indie bands.

Swans
Friday, June 5 at Granada Theater
On sale Friday, November 22 at 10 a.m.
Swans is a bit niche, but its music influenced acts such as Tool, Nine Inch Nails, Sonic Youth and Nirvana. Though it was one of the last bands to sprout from New York’s no-wave scene, it’s still the most notorious band out of the genre. After 15 years, Swans sang its song and broke up in 1997, only to reunite in 2010. The band’s notoriety somehow snowballed over the past decade, though, and its most recent albums are some of its most celebrated work (and mind you, three of them are a staggering length of two hours).

Camila Cabello
Friday, August 18 at Dickies Arena
On sale Thursday, November 21 at 10 a.m.
“But wait! Isn’t she also playing the Jingle Ball at the same venue on Tuesday, December 3?!” Why yes, yes she is.

The Doobie Brothers (with Michael McDonald)
Friday, October 9 at Toyota Music Factory
On sale Friday, December 6 at 10 a.m.
Earlier this year, we fancied the possibility of Michael McDonald and Kenny Loggins joining the Doobie Brothers for “What a Fool Believes.” Turns out, the former is now fulfilling that request, which we’re just going to take credit for. You’re welcome.