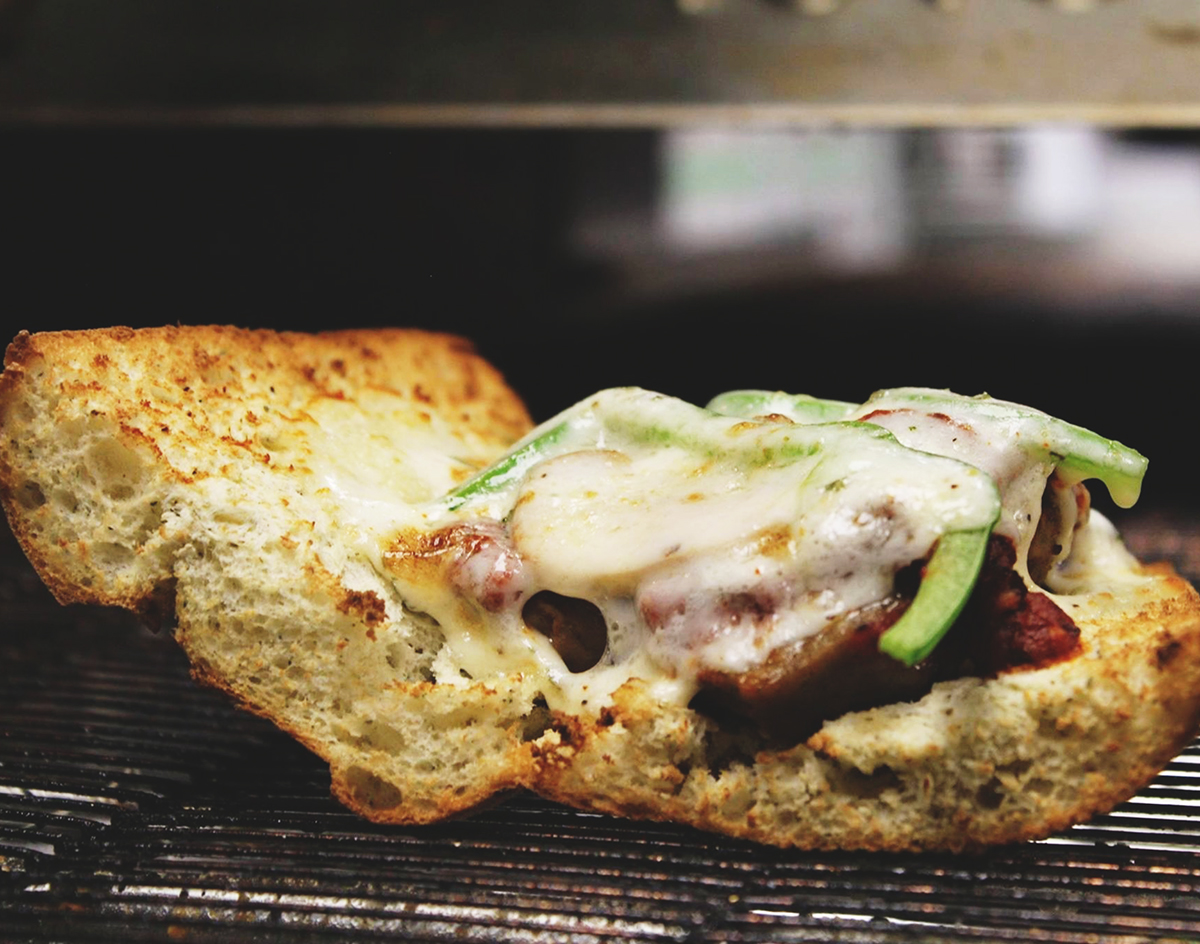 Cheba Hut Arrives In Deep Ellum, Centre Drops A Drink Line, A New Coffee Shop Lands In Deep Ellum And Bam’s Vegan Gets A Brick And Mortar. Plus More!

Need some actual liquid with your drip? Well, one-stop hypebeast apparel shop Centre now has you covered, thanks to a new line of bottled drinks it’s slinging, courtesy of The Boba Plug. The lineup includes three drinks — a peach lemonade (made with peach marmalade and mint), plus two cold brew options (one served black and sweetened with a black syrup called kuromitsu, and the other made with oat milk). The drinks are available only at the Dallas location on Mockingbird Lane, with hours from 12 to 8 p.m.

On to some opening news, a new coffee shop called Land of a Thousand Hills Coffee has surfaced in Deep Ellum. Located at 2900 Canton Street in the Novel building, the Georgia-based chain specializes in coffee sourced from Rwanda to aid in the country’s restoration efforts post-genocide. An opening is slated for later this month.

Also in the neighborhood, the much-anticipated arrival of the stoner-themed sub shop Cheba Hut is set to come on Monday, September 21. Located at 2808 Main Street, the outpost is the second Texas store slated for the Arizona-born concept. The menu focuses on made-to-order toasted subs, all with references to cannabis culture. There will also be a “munchies” section of the menu, which features shareable items and deserts, as well as a full bar. The concept will open at 50 percent dine-in capacity, with pickup online ordering available and delivery through DoorDash. Hours will run daily from 10 a.m. to midnight.

Meanwhile, Dallas Farmers Market favorite Bam’s Vegan is opening a brick-and-mortar restaurant in Irving. Bam’s Vegan Smoothie and Wraps will be a grab-and-go operation that focuses on plant-based quick foods and smoothies. Lookout for an opening in January 2021.

Over on Lower Greenville, newcomer Ngon  Vietnamese Kitchen is rolling out regional specialties. In addition to harder to find dishes, Ngon also features a host of favorites such as solid bánh mì station, vermicelli bowls and pho, as well as Vietnamese egg coffee, a ramped up version of the iced favorite made with a soft whipped egg foam. Hours run from 12 to 8 p.m.

Farther down the street, Taquero is setting up shop in the former Pints & Quarts space. The West Dallas-born taqueria is relocating to its new home at 5434 Ross Avenue after leaving its Singleton Boulevard location back in December. Construction is currently underway, with an opening expected later this fall.

Yet another Nashville hot chicken spot is also slated to hit the metroplex, this one aptly called Hot Chicks Chicken. The concept aims to set itself apart from the host of other hot chicken joints in the area with its approach, which is a strict emphasis on scratch-making everything, including hand-cut crinkle fries. Hot will also serve boozy slushie drinks, which provides it a slightly different draw from the competition. Locations are planned for Dallas, Plano and Fort Worth, but with no word yet on an official opening date.

Back Downtown, Cafe Momentum is set to reopen on Thursday, September 24. While dine-in seating will be limited to 25 percent, the restaurant has partnered with Favor and rolled out new to-go meal options, as well as a general product line that includes items like their infamous biscuit mix and other pantry staples. Hours will run Thursday through Saturday from 5:30 to 9:30 p.m.

Finally, signing off with some craft beer news, a founder of Deep Ellum Brewing Co. has been terminated following a messy lawsuit. John Reardon was deposed by the company’s new owners, Canarchy, last month after filing the lawsuit back in July. Reardon alleges that the craft beer collective and its parent company, Fireman Capital Partners, failed to pay him in agreement with the original sale, and that DEBC’s sales have been deliberately sabotaged to avoid the payments.