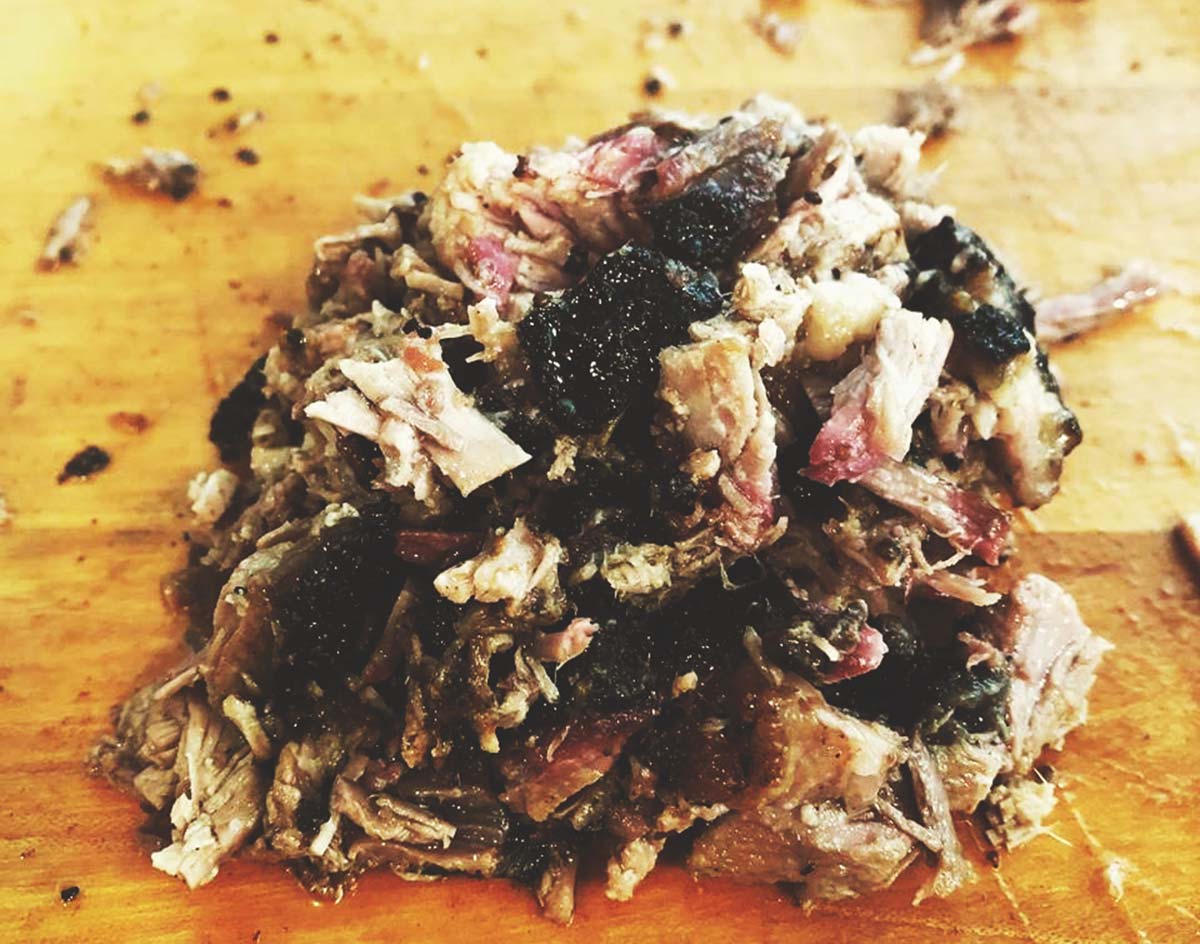 After four and a half years of slinging smoked meats to the people of Denton, Bet the House BBQ has closed its doors.

Despite the initial popularity of the fan-backed barbecue joint, a lack of revenue and a struggle to attract foot traffic were ultimately the cause of the restaurant’s untimely closing. In the meantime, the owners are looking into other options — such as pop-ups and a possible food truck — with plans to reconvene at the beginning of next year.

For what it’s worth, we hope those plans pan out.

If the Bet The House crew is looking for inspiration on how to move forward, it might do well to look fellow barbecue joint Pecan Lodge‘s direction. That Deep Ellum business is once again doing the unexpected by bringing back its tamales just in time for the holidays. For $18 a dozen, you can choose from pulled pork in salsa verde or brisket in salsa roja. The restaurant is taking orders through Monday, December 24.

Meanwhile in Deep Ellum, Stonedeck Pizza Pub is hosting a mac and cheese crawl of sorts. The restaurant’s hidden macaroni and cheese concept Central Mac is teaming with All Good Cafe, Braindead Brewing, Brick & Bones and Mama Tried to offer mac and cheese specials throughout Deep Ellum at each of those spots from Tuesday, December 11, to Friday, December 14.

Stonedeck ain’t the only pizzeria trying something new, either. Chef Kent Rathburn is showcasing the tastes of the holidays with Greenville Avenue Pizza Co. to create the latter’s latest specialty pie. The collaborative dish is the so-called Wild Turkey Pizza, which combines One90 Smoke Meats‘ smoked turkey, prosciutto, gruyere cheese, Alfredo sauce, spinach, caramelized onions and mushrooms, then gets served up with a side of cranberry sauce. The pies run $18 for a small and $23 for a large, and it will be available at both GAPCo locations through January 31.

Out in Plano, meanwhile, a new restaurant called Bols is dishing out build-your-own bibimbap. The concept is located at 6505 West Park Boulevard near the Dallas North Tollway and, in addition to bibimbap, the menu features ramen, katsu, bao buns, tacos, loaded kimchi fries and Korean fried chicken. Hours run Monday through Saturday from 11 a.m. to 9 p.m., and from noon to 8 p.m. on Sunday.

In coffee news, Starbucks is opening a community store in at the Red Bird Mall. It’s part of an initiative to promote economic growth and assist youth in under-served areas of the country. The store will provide training and job skills while working with local community groups to provide career options, tuition coverage and benefits. The coffee chain has implemented similar stores in 11 different locations throughout the country, with plans to stores in Atlanta and New Orleans in the near future.

Across the Trinity, Downtown’s deli and coffee destination Commissary is brightening up the new Park District building with a pop-up. Monday through Friday from 7 to 10 a.m., Although the wares are limited to a fairly small time window, you can find a full lineup of coffee, pastries and breakfast tacos without heading all the way to the Main Street location, so it definitely serves a purpose.

In craft beer news, LUCK is hosting its first cheesecake and beer flight pairing on Sunday, December 9. The cheesecakes come courtesy of Cheesecake Royal, which is serving flavors such as strawberry, chocolate, key lime alongside four North Texas brews. Tickets are on sale for $20 for all three brunch sessions, with seating on a first come first serve basis.

And, finally, we’re sad to report that the inspiration for Rahr & Sons Brewing Co. Rahr’s Blonde, Jodell “Jody” Rahr has recently passed. The 87-year-old former Miss Universe finalist was an integral part of the company’s branding, being featured on their first labels and on the limited edition Summer of Blonde photo cans.

Cover photo via Bet The House’s Facebook page. Got a tip for The Spread? Email us!