[Q&A] Catching Up With Geoff Rickly. 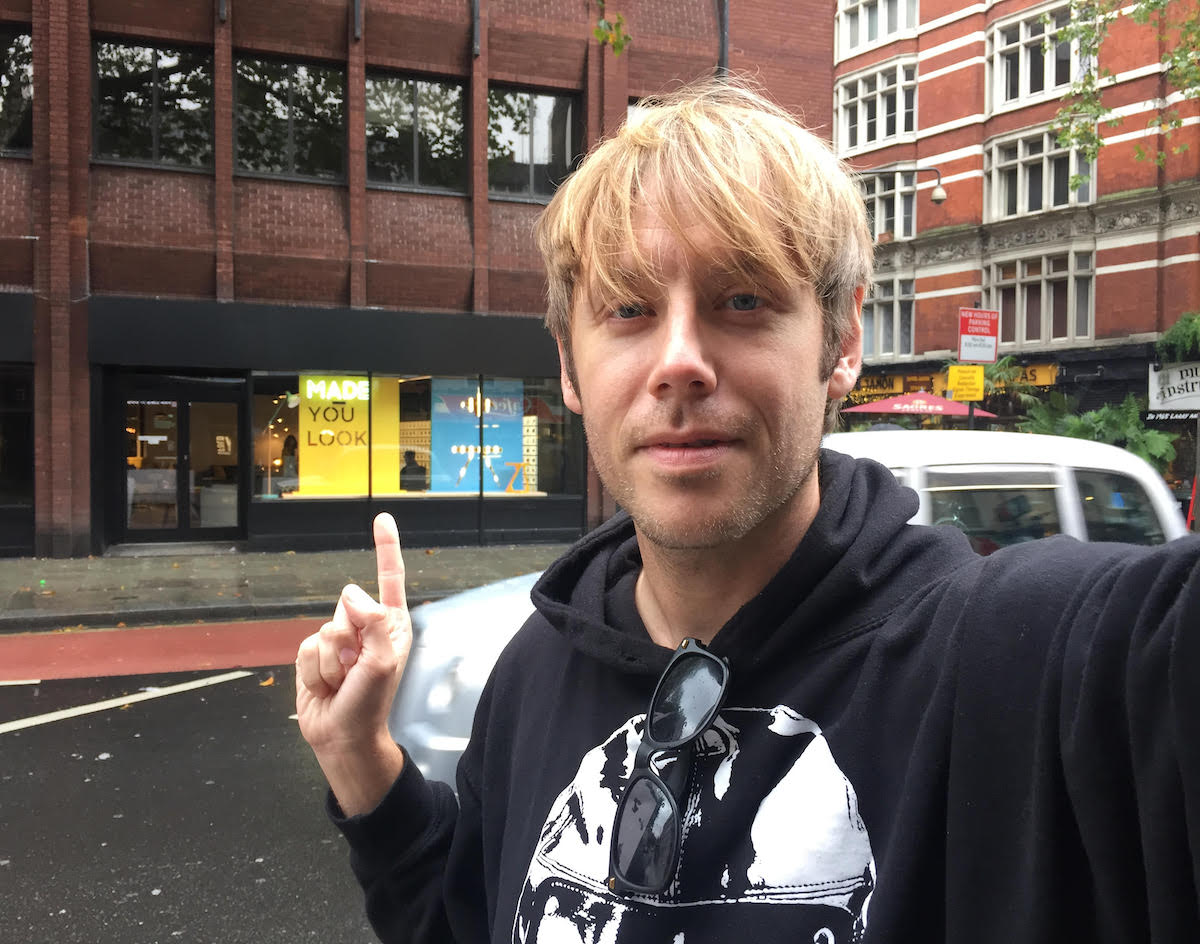 Before The Show At Amplified Live, The Vocalist Of Post-Hardcore Band Thursday Shares What It’s Like To Be Back On Tour After COVID And A Broken Foot.

On paper, Thursday is on a dream tour.

Paired with contemporaries Cursive and The Appleseed Cast, this is a heaven-sent package tour for those who fell in love with those acts in the late 1990s and early 2000s. If you screamed your heart out to “Understanding in a Car Crash,” “The Martyr” or “Marigold & Patchwork” while you were in high school or college, this is a can’t-miss tour.

For Geoff Rickly and his bandmates (bassist Tim Payne, drummer Tucker Rule, guitarist Steve Pedulla and touring guitarist Norman Brannon), it’s amazing they’re still on this tour. There were delays due to COVID-19 positives and then Rickly broke his foot in the middle of a show.  He’s recovering from surgery during this tour.

The band rolls into Amplified Live — the former Gas Monkey Bar & Grill — in North Dallas March 10 (on a Thursday). The post-hardcore band continues to defy the odds, playing an inspired blend of post-hardcore and post-punk and drawing influences from Sunny Day Real Estate, Ink & Dagger and The Cure.

Thursday hasn’t released an album since 2011, but that has not kept them away from doing well-received tours. Rickly himself has been busy with other projects as well, as a freelance music writer and fronting the bands United Nations and No Devotion.

We caught up with Rickly earlier in the week to discuss this whirlwind tour so far, how the band is keeping things together and teasing of good things to come in the year.

Is this the most problem-plagued tour Thursday has ever done?

Absolutely. By far. This is the most [amount of] hurdles we’ve had to jump over. The beginning got canceled because Tucker got COVID. Then on the day of a big sold-out New York show, Norman got COVID and we had to teach all of the songs to our guitar techs and everything. Then we got to Maine and the PA blew out. A blizzard blew out the Long Island show. Then I fell off the stage on Valentine’s Day and broke my foot and I had to get surgery.

I don’t know if it’s been so long since live music, but this tour has been incredibly enthusiastic by the crowds. Everybody’s singing along and having fun. It’s been very balanced, the yin and the yang.

It would be easy to cancel the rest of this tour, but it seems like you guys are so determined to finish out this tour.

[Laughs] I’ve thought that once a day since I broke my leg. It’s like, “Why don’t I just go home.” Then you pull through and you’re glad you did.

Are you being wheeled onto the stage, play your set, and then get wheeled back to the bus?

Not really. I’m using the scooter as my other leg. I’m standing up, waving around the microphone. I’m really trying to put on a show the best I can. I’m not really sitting down much.

Do you find any time to spend with fans after the show?

No. It’s like the amount of energy that I put into a show on one leg every night, I can’t really do anything else all day or night. I just have to go back to my bunk and go to sleep.

I don’t blame you. What exactly happened with your foot?

There was a sandbag put out where it hadn’t been during the daytime. It was a very low-lit stage. I fell and broke my tibia. Now, I have a couple of screws on it. Hopefully it will heal right and I’ll be able to walk on it again.

How many times has the Dave Grohl incident [where he broke his leg mid-show a few years ago]?

A fair amount. I finished the show, but then I asked somebody to call a medic as soon as I’m done because it’s definitely just broken.

When this tour was originally announced with Jeremy Enigk from Sunny Day Real Estate involved as well, a lot of dudes our age flipped out. Who do we thank for combining all of these acts for this tour?

It started before the lockdown. We had a tour with Cursive planned for 2020. We decided on coming back, we had played Furnace Fest and it was such a throwback. We thought, “What would our ideal throwback be?” We started brainstorming and thought, “Oh, if we could get Jeremy Enigk, Appleseed Cast.” We had a few other names thrown around in the mix. When we finally decided on Cursive, Jeremy Enigk, Appleseed Cast that was the ultimate lineup.

Can you recall all of the times you’ve played North Texas or Texas in general?

I’d say we’ve probably played 26-27 times in North Texas/Texas. We did it a few times on the DIY touring with Boy Sets Fire, Murder City Devils and Saves the Day. We headlined with Year of the Rabbit opening and then headlined with Coheed and Cambria and Thrice opening. Then, we had headlined with Rise Against opening. Then there was another one, and then we opened for Underoath and then Taking Back Sunday. Then there’s maybe six Warped Tours that have gone through. Then festivals, like SOS Fest and stuff like that.

I have to give you a lot of credit for remembering all those tours. Most people say it’s a blur.

[Laughs] It’s been one of things for us. Texas was the mystery we couldn’t crack when we first started out because it was so big. And we played it over and over again and it wasn’t catching on. Then when we came with the Murder City Devils, it all changed because people love the Murder City Devils in Texas.

I have to ask a very meta question: has Norman – best known for playing in Texas is the Reason, which got their name from a Misfits’ lyric about the JFK assassination – expressed any interest in going to the Grassy Knoll?

I think he’s been there before. We’ll have to take Norman to the Grassy Knoll and have a “Texas Forever.” He’s been there on tour before, but we’ll have Thurs-Texas Is the Reason. [Laughs]

Are you guys doing that Texas is the Reason cover of “If It’s Here When We Get Back It’s Ours” on this tour?

Most nights. Any time we have a decent crowd we do it.

Exactly! [Laughs] You know we have to play the songs in Texas.

We’ve got some more touring plans that are so crazy. We’re excited to announce them. They’re big, big, big for us. Other than that, I’ve got another record coming out from my other band No Devotion. Gonna do a little bit of touring for that. I stay open to the possibilities. I’ve got a writing project I’ve been working on that’s in the negotiation stage to closing.

Since Thursday is playing here on a Thursday . . .

That means you’re getting best show of the week!

I’m curious, since we talked about curated festivals, what if a festival in Europe had the Happy Mondays, Dan Andriano’s old band Tuesday, Wednesday 13, you guys, the Friday Night Boys, Saturday Looks Good to Me and the Sundays, would you be for that?

I love it! I think we should definitely make it happen. And make it with screening Friday in the lobby and all that shit.