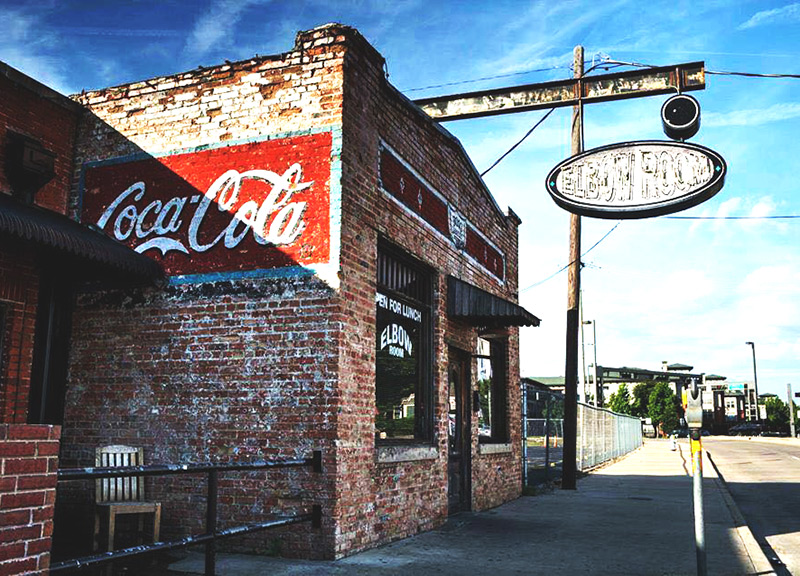 This week, noted fire starter John Tesar took to Twitter again, this time to level accusations toward a Chicago chef for ripping off one of his concepts. As Dallas Eater reports, the concept in question bears an uncanny resemblance to Tesar’s Knife venture — down to the name, logo and a focus on dry-aged steaks. While Tesar was unable to trademark the name, he is still considering possible legal action.

Also this week, Tesar’s fellow Top Chef alum Tiffany Derry announced that she’s opening a new concept in Trinity Groves. Called Roots Southern Table, the new spot will focus on southern fare and desserts, with the return of some popular favorites from her Private Social days. The restaurant is taking shape across from Off Site Kitchen, with no word yet on an official opening date.

Out in Richardson meanwhile, Alamo Drafthouse is getting a Shark Tank-approved neighbor called Cinnaholic. The shop will be the second location in the region for the California-based venture, which specializes in custom and vegan-friendly cinnamon rolls. An opening is slated for next month.

Speaking of new ventures, Dickey’s BBQ announced this week that it is putting tacos on the menu. SideDish reports that the ubiquitous barbecue chain will feature Buffalo & Bleu Butcher tacos made with signature chicken, romaine lettuce, bleu cheese and buffalo drizzle. The tacos will be available throughout the month of September.

Over in Uptown, on the other hand, Dolce Riviera is aiming to bring authentic Italian cuisine to the Hardwood District. The restaurant will feature a menu of classic Italian dishes and housemade pastas, with a theme reminiscent of the Italian and French Rivieras. The website is now currently accepting reservations.

Close to Deep Ellum, Elbow Room is getting pretty sick of answering questions about a possible shutdown. This afternoon, the bar and restaurant posted the following to its Facebook page, in which it basically begs customers to stop bugging its staff for news related to the fact that an eminent domain claim might mean its location could turn into a Texas A&M dental school sooner than later.

Finally, in craft beer news, the Dallas Observer‘s Brewfest will take place this Friday, September 10. The sixth annual celebration is set to feature a selection of more than 400 beers from around the world, alongside local food vendors and live music. The event takes place from 7 to 10 p.m.

Then, on Sunday, September 11, Pints & Quarts is kicking off the Dallas Cowboys season with a “blue star” special, where fans can get $2 Lonestars during the game. No that’s not craft beer-related. But it’s a good deal!

Cover photo via Elbow Room’s Facebook page. Got a tip for The Spread? Email us!