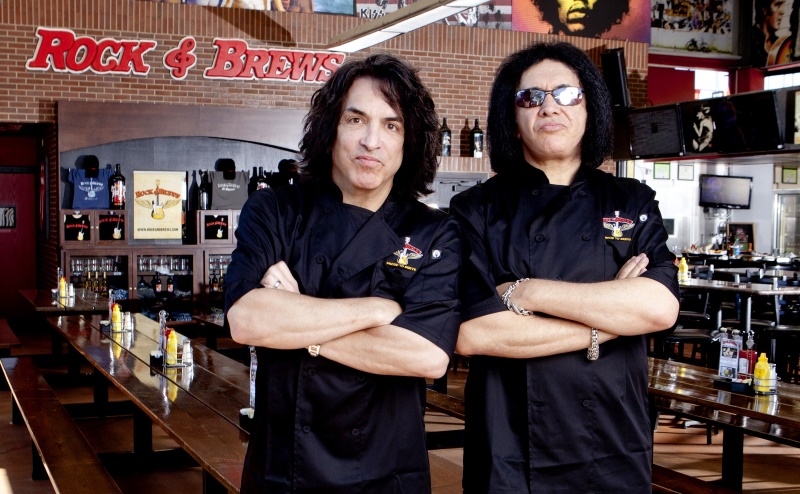 The Colony Licks It Up At Its New KISS-Themed Restaurant, And Deep Ellum Adds A French Touch.

Anyway, for its 130th go-around, the State Fair of Texas has announced that this year's theme will be a Celebration of Texas Agriculture. Per Nancy Nichols of SideDish, the Fair aims to return to its roots through education and interactive exhibits on the ways agriculture impacts the community. The State Fair of Texas is scheduled to take place from Friday, September 30, through Sunday, October 23.

Fun? Sure, let's go with that. Like it matters: You're gonna go anyway.

Speaking of things you can soon go to: Oak Cliff will soon be home to a new gourmet paleteria called Encanto Pops. The concept will focus on traditional Mexican paletas, meaning fresh fruit chunks and lots of spicier options, as well as seasonally-rotating flavors. The business will be located in the former Coco Andres space on West Davis Street, with an opening slated for May — just in time for summer!

Further down the way, one of that same West Davis strip's better-kept secrets, Cheesesteak House, is expanding to Garland. As reported by Eater's Amy McCarthy, the second outpost for the Philly-style sandwich shop will be located at Northwest Highway and Centerville. An official opening date is currently pending.

Meanwhile, chef Omar Flores (Casa Rubia) plans to take a crack at the recently shuttered Spork location in North Dallas with a new concept. No details have been revealed other than talks of a remodel. We will have more information as this story unfolds.

Down in Deep Ellum, another restaurant is joining the ever-growing list of eateries in the area. On The Lamb will be a neighborhood brasserie (read: French restaurant) situated between Truth & Alibi and Café Salsera. Per CultureMap, the menu will be small and “ever-revolving,” but charcuterie boards and a selection of beef jerky — both with South African influences — are some of items to look out for. Look for an opening sometime this spring.

And after almost a year of being in the wind, the KISS-owned Rock & Brews is now open in The Colony. The venture, owned by Gene Simmons and Paul Stanley, features a menu of American comfort foods with a creative spin, alongside a substantial menu of bottled and draft beers, cocktails and wine. As for the decor, expect an homage to all things rock 'n' roll, with a few special Texas-centric items. Despite opening to the public this past weekend, an official grand opening celebration/benefit for local wounded soldiers featuring an appearance by Simmons and Stanley is planned for Tuesday, May 10, according to the Dallas Observer.

Out in Fort Worth, chef Marcus Paslay (Clay Pigeon) is working on a new concept called Piattello Italian Kitchen. The new venture is slated to be a part of the Trinity Groves-esque Waterside Development. The menu will offer a host of seasonal offerings, made from scratch, as well as a coffee bar.

Also on Saturday, The Bearded Monk in Denton is hosting St. IPA Day. Enjoy a variety of India Pale Ales and special release beers, with opportunities to purchase commemorative merchandise, or raffle tickets to benefit The Greater Denton Arts Council. The event starts at 6 p.m.

Finally, tickets are still available for this year's Local Brews Local Grooves festival at the House of Blues. The lineup features a combination more than two dozen area brewers and local musicians from various genres, in addition to a dozen food sampling options. The festival takes place on Saturday, March 26, beginning at 3 p.m. for VIP, and 4 p.m. for general admission.