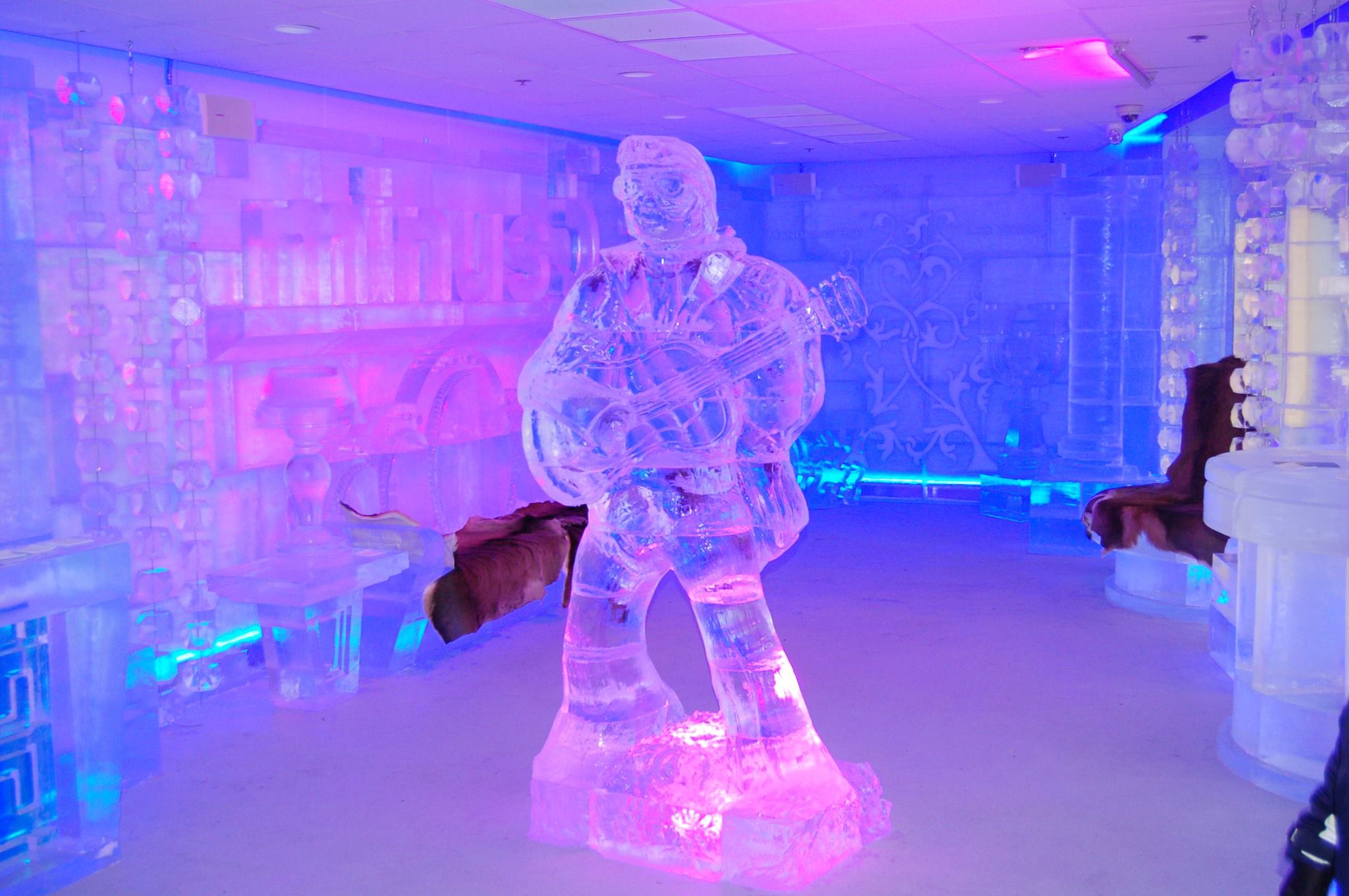 Midlake Continues Its Denton Takeover, And Dallas Gets A Bar Made Of Ice.

It wasn't that long ago that we posted about the current monopoly that indie-folk band Midlake has over the city of Denton. Now, it's drummer McKenzie Smith's turn at the forefront of the movement, as his restaurant 940's will see the first of a series of late-night launches this week, preceding the grand opening slated for Monday, September 14.

Starting Thursday, September 3, the restaurant will be open from 8 p.m. to 2 a.m. to test run the late-night menu, which comes courtesy of chef David Rodriguez (Oddfellows, Urban Acres) and pastry chef Ryan Jungman. While details of the menu have been kept hush-hush up to this point, Smith let us in on a few of the items that will be featured, including three-chili eggplant French fries, artisan pizzas with dough made in-house, and pan-seared swordfish. The late-night launches will take place the Thursdays through Saturdays before the opening, giving the crew the time to gain their bearings. A full dinner menu and desserts will be available mid-month.

The opening comes full circle for Smith, as the restaurant's location in the former Banter space also hosted some of Midlake's earliest shows, way before they were known by the name.

“Seventeen years ago, when we played in that room, I never would have guessed eventually we'd be opening a restaurant there,” Smith says.

Elsewhere, the Dallas pizzeria chain Olivella's is getting into the food truck game. Expanding on its Neapolitan offerings, the menu will include something called fried pizza, which is apparently authentic to the Naples-style, as well as other Naples street foods such as fried doughnut holes served with Nutella. The truck will be the official pizza concession for SMU football games starting Saturday, September 12.

In Oak Cliff, Ten Ramen is doing things cajun-style with its current weekly special. The Cajun mazemen (a ramen with less broth) is made with crawfish, Cajun seasoning, a Louisiana specialty called Who Dat sauce and a poached egg. The special will be available until Sunday.

Speaking of cool news: Right as the scorching heat of summer is starting to finally wain, a Las Vegas-based cocktail bar made entirely out of ice may be heading to Dallas. The “drinking attraction” spot Minus5 Ice Bar melts away and is redesigned every six to eight weeks. Current locations are being scouted for Dallas, with other locations in Nashville, Hawaii and San Francisco in the works, according to Eater Dallas.

Meanwhile, the Austin-based Royal Blue Grocery is coming to Highland Park. The boutique grocer will feature a coffee bar highlighting Stumptown Coffee Roasters, plus gourmet grocery items and grab-and-go options for breakfast, lunch and dinner. Look for an opening at Highland Park Village this fall.

Need more coffee? On Rotation is hosting a Back-to-School I NEED COFFEE tapping on Thursday, September 3. The taproom will feature a selection of brews that include coffees, such as Atwater Vanilla Java Porter, Oasis Early Morning Shakes and more. The event starts at 6 p.m.

In other craft beer news: Community Beer Co. is teaming up with Geeks Who Drink for weekly brewery trivia sessions with prizes, giveaways and, naturally, plenty of beer. The inaugural event takes place next Wednesday, September 9 at 7 p.m.

And, finally, Deep Ellum Brewing Co.'s Labor of Love homebrewing competition takes place this Sunday, September 6. Law prevents them from selling tickets, but those interesting in attending can join their home-brew club, LOL Homebrew Society, as festival admission is free for members. The event takes place from 6 to 10 p.m.

Cover photo via Minus5's Facebook page. Got a tip for The Spread? Email us!