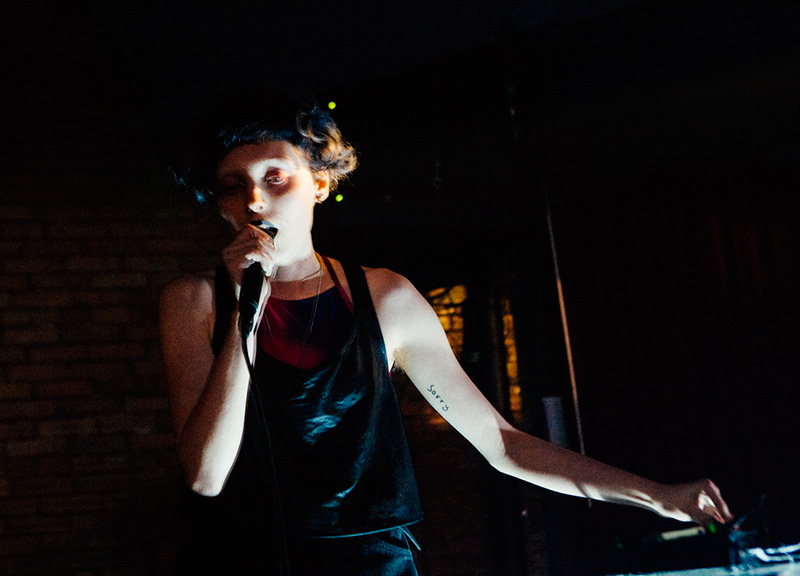 To Fully Understand Prayers' Cholo Goth Ethos, One Really Has To See It.

Mention San Diego electronic duo Prayers, and it won't be too long before someone mentions the phrase “cholo goth.”

It's a genre the band has almost single-handedly helped to create by blending gang subculture with a deep love for the sounds of Bauhaus and New Order, all of it sung from a Latino point of view.

Got it? Good because those thoughts and ideas manifested themselves into reality for semi-packed and deeply passionate performance at Club Dada last night. And as Prayers' Lafear Sayers and Dave Parley performed to a healthy crowd cast in copious leather get-ups, it's safe to say there's plenty of folks in town that've already bought into the group's unique brand of mysticism.

Prior to the evening's main attraction, the members of Dallas' own “maggot goth” outfit, iill, centered themselves around the club's audio monitor barricade so as to further lift themselves into a fog all their own. For a brief 20 minutes or so, while shrouded in booming subs and warped, angelic vocals, the now-duo brought something fresh to the show. Theirs was a highly invigorating, mildly uncomfortable and somewhat unfamiliar set, as a dense wave of synths and sea of black overtook the space.

That wave would only swell, too. Actually, by the end of Prayers' lengthy introduction, it had worked itself into a full-on late-summer hurricane capable of knocking down any uncertainties left about the band's ethos.

Bearing a term associated with his Sherman Grant Hill Park 27 gang on the back of his motorcycle jacket, Sayers welcomed the hate and false notions associated with his band and brushed it off with pride about how far his duo's come in its few years together.

Prayers, in essence, has managed to turn negativity into something truly and deeply positive. Vocally opposing the potential presidency of Donald Trump, the duo spoke out at one point about its own political indifference, bringing its near-capacity crowd great joy. For fleeting moments here and there, you could even see that exuberance sneak into the band's own, otherwise tough and menacing expressions.

And why not? With infectious, electronic-oriented rhythms and grinding synths, the duo had little trouble keeping the crowd engaged during its hour-long set. That much, actually went further than expected, as the feelings of self-loathing and religious persecution that the band evokes on record cuts much deeper in a live setting.

Such was the crux of this show, really. One can research and listen all they want, but to truly know and appreciate Prayers and its cholo goth aesthetic, you have to see it firsthand. There's a certain depth that seems only to reveal itself in the band's presence. It's wholly impressive in these settings, for sure.

Could cholo goth really be here to stay, could it really be more than just a passing internet-hyped fad?

If Prayers' show at Dada last night is any indication, here's hoping. 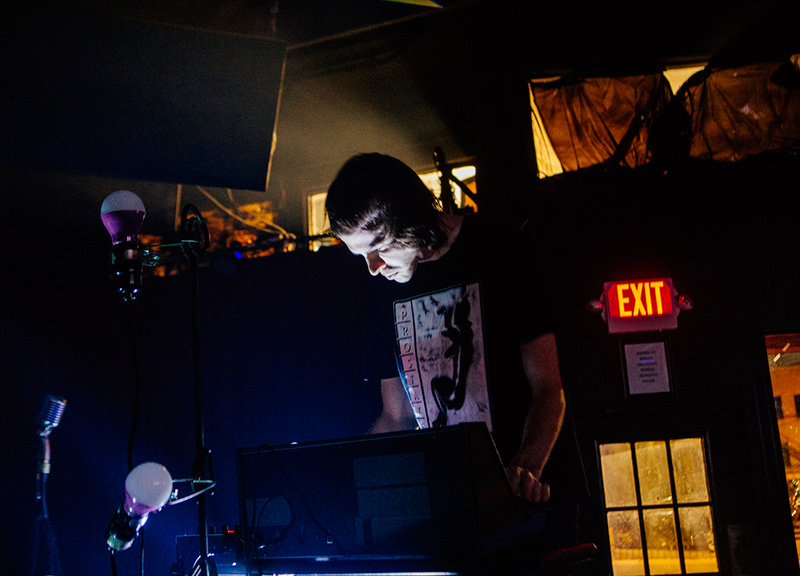 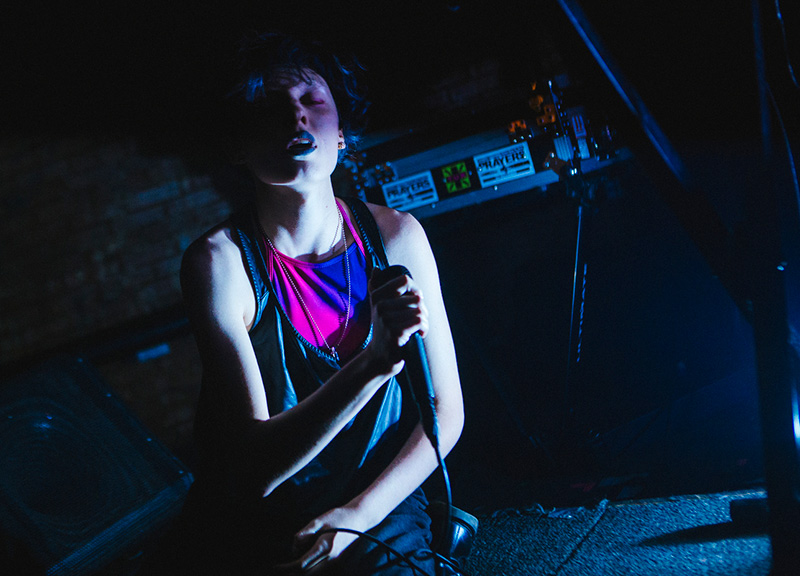 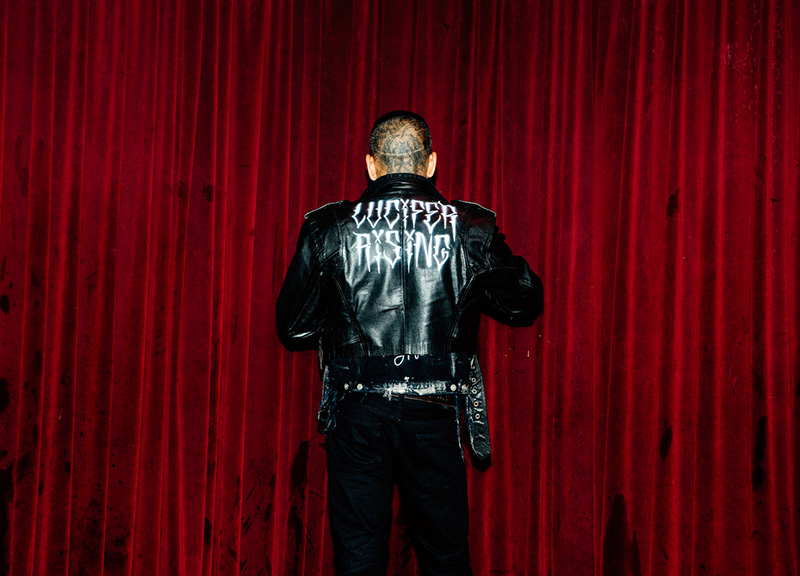 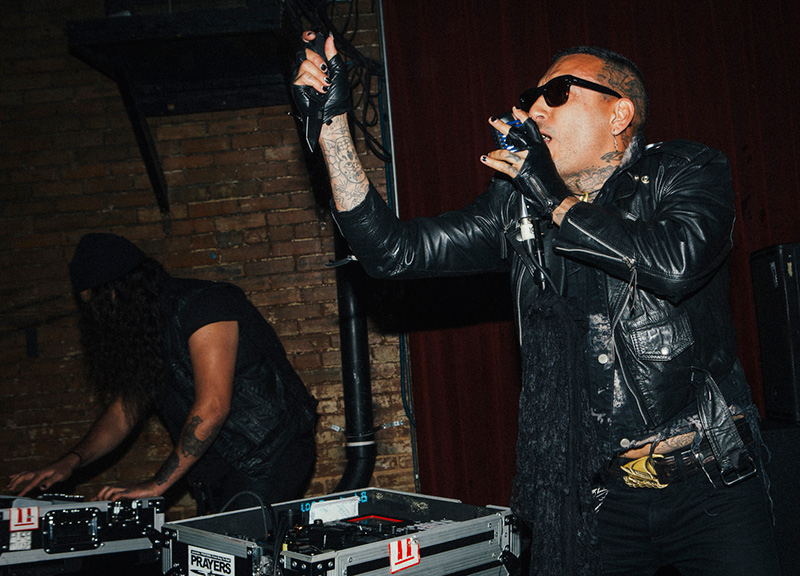 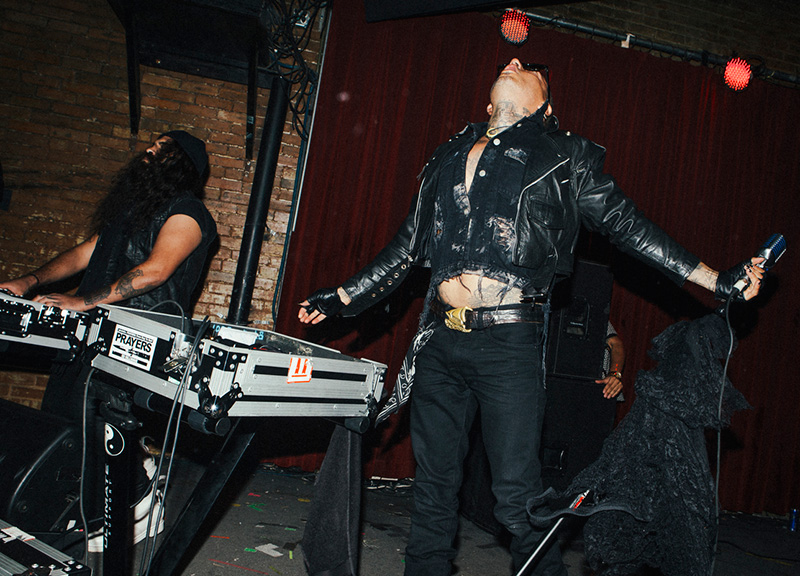 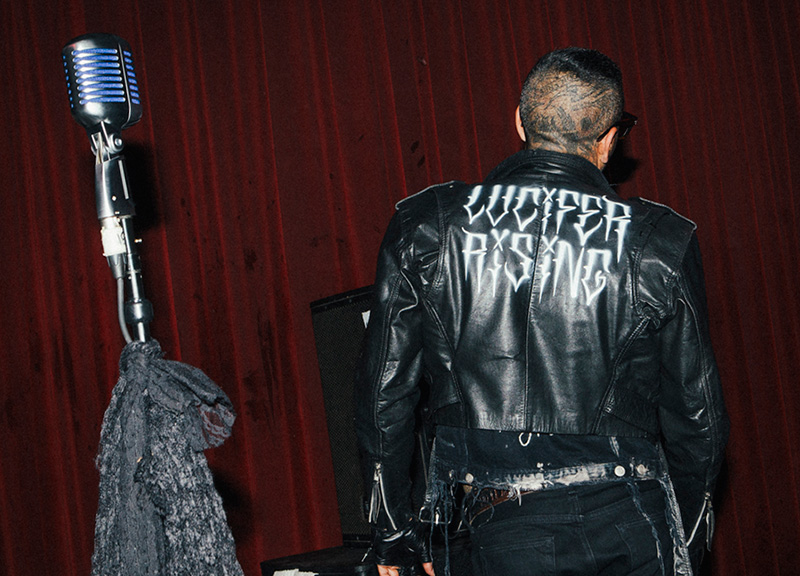 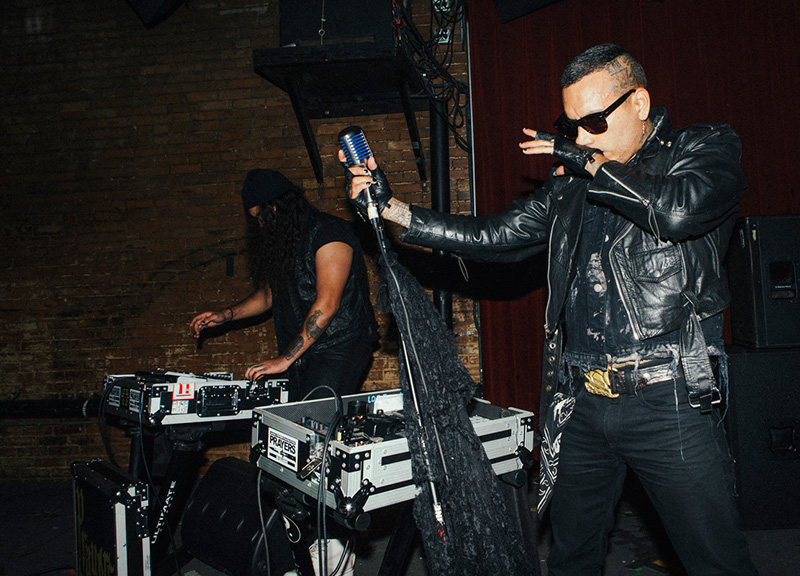 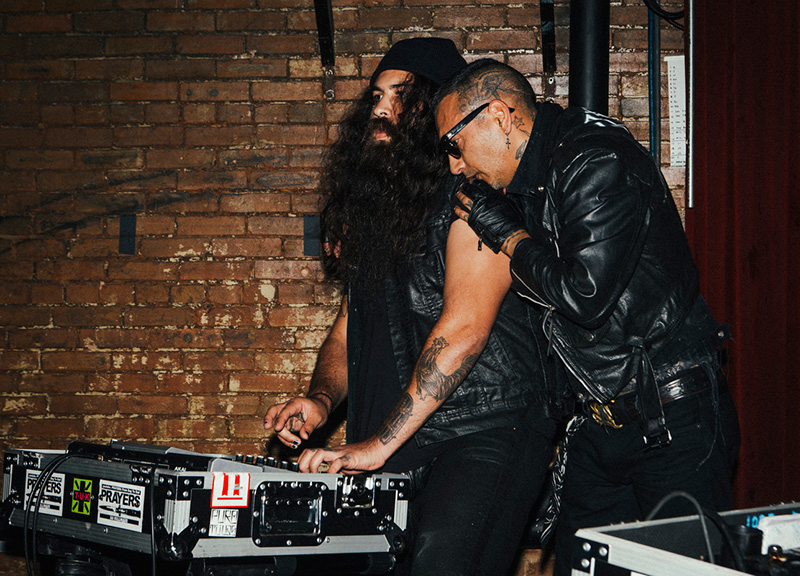 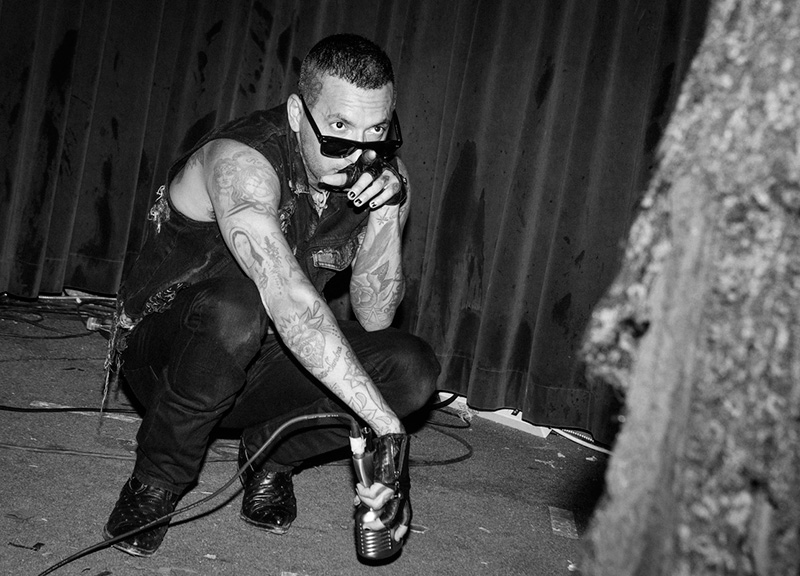 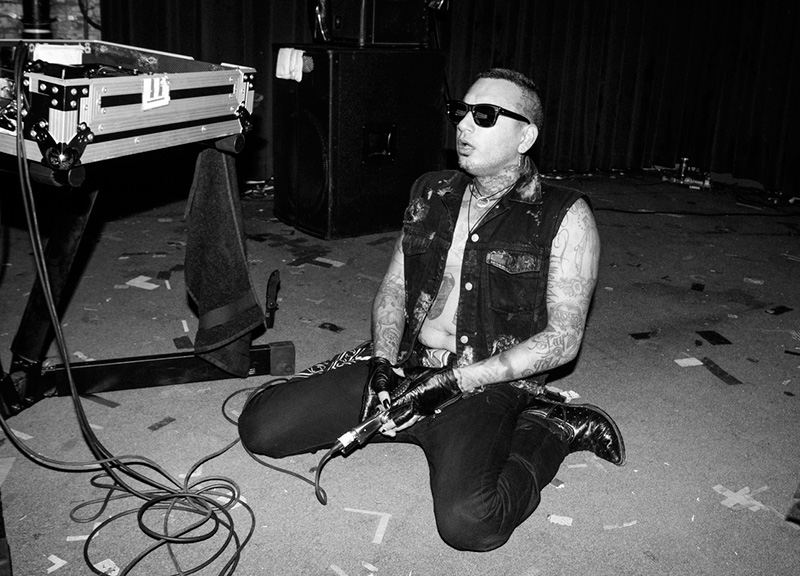 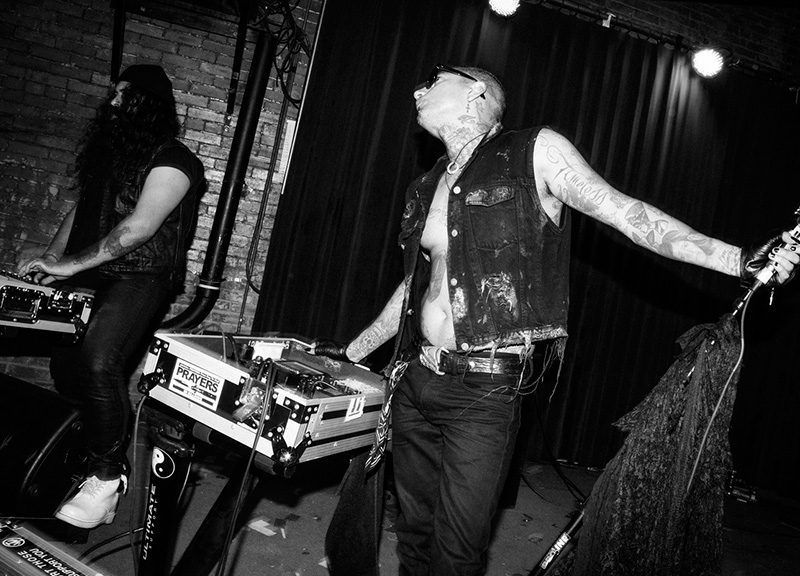 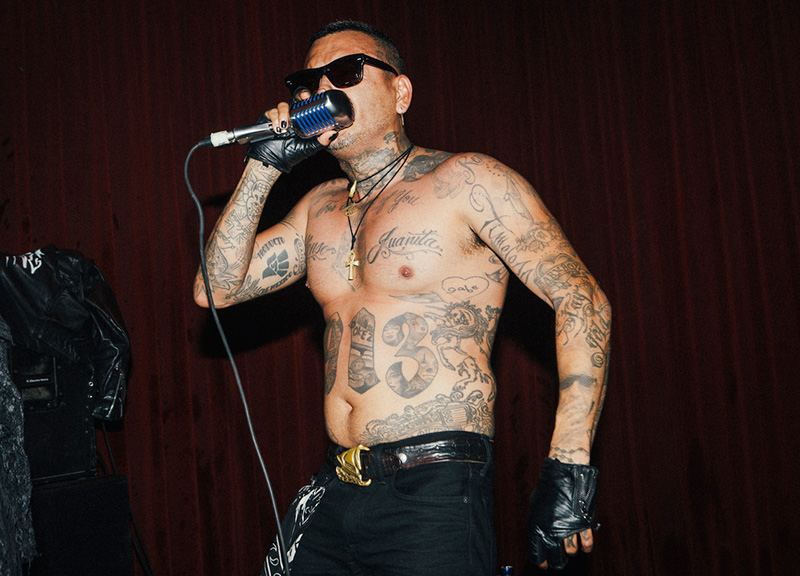 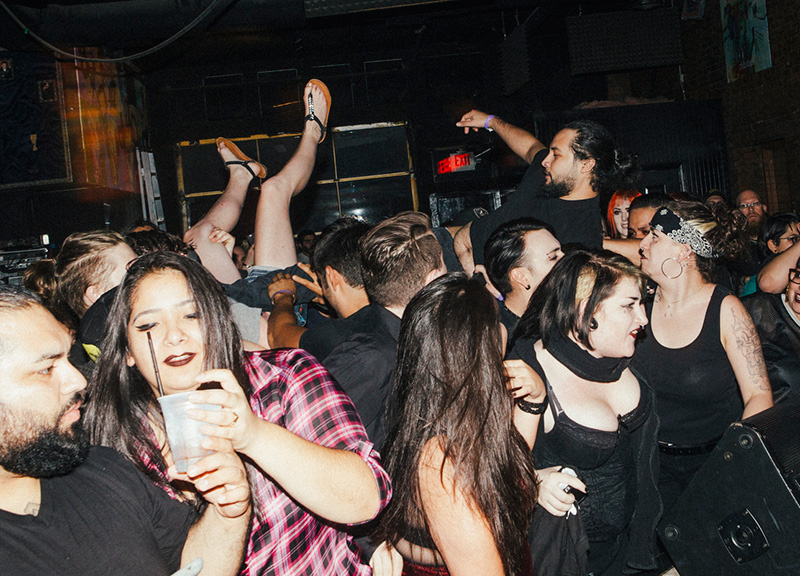 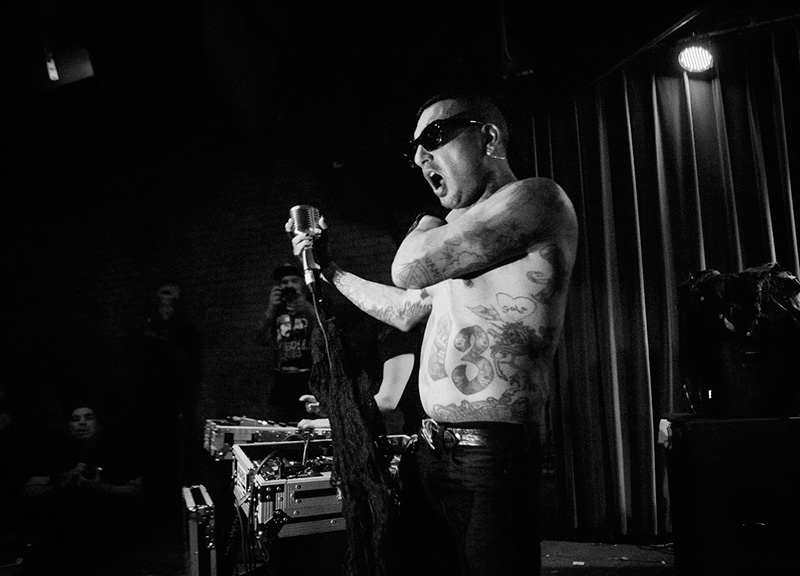 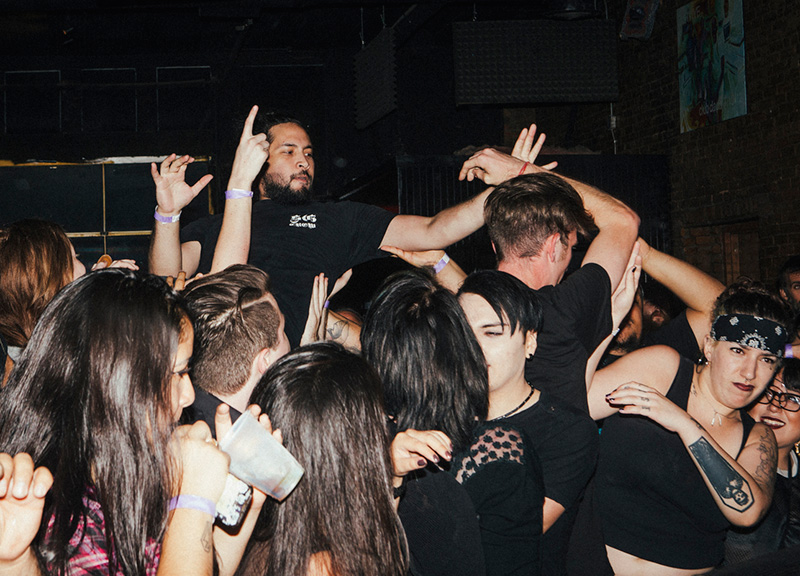 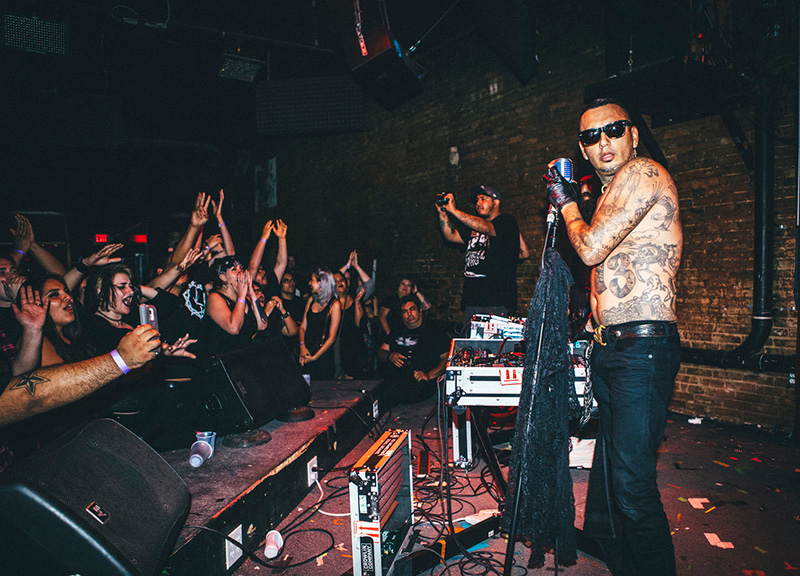 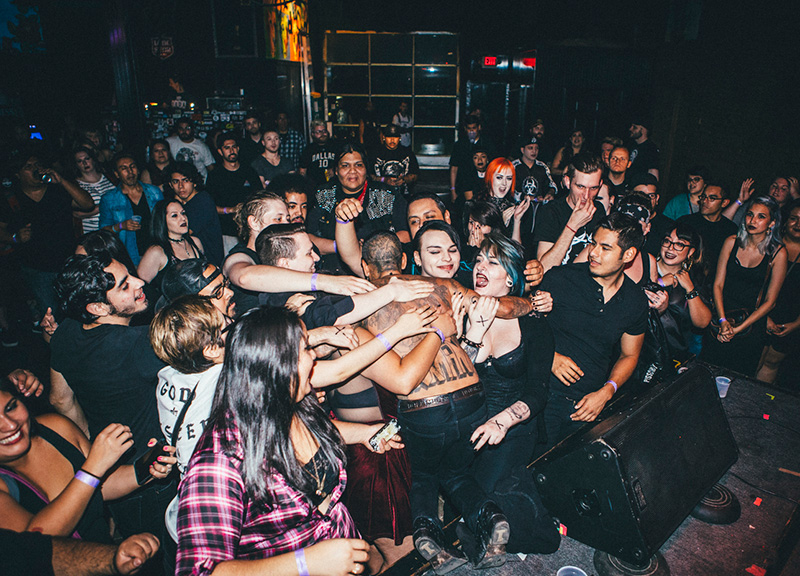 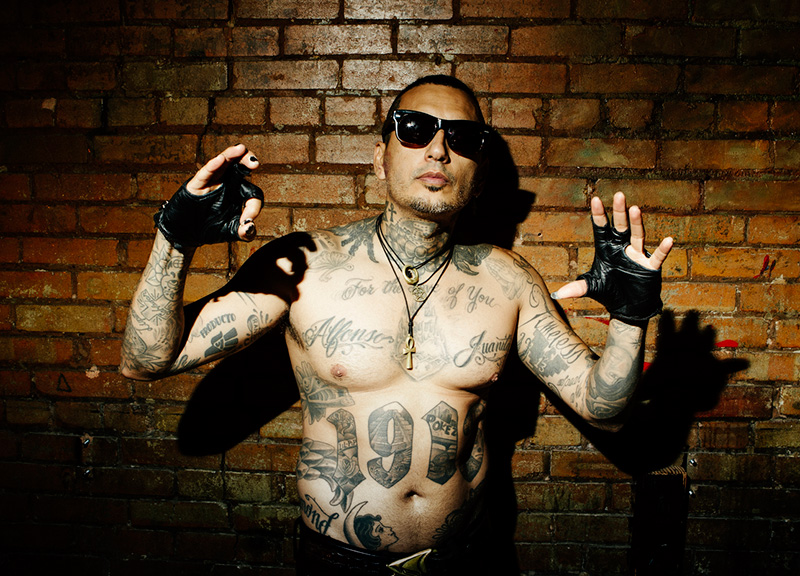