The Path Of The Shooter.

Inside El Centro College, Where Micah X. Johnson Stood Off Against DPD and Met His End.

During the walk-through, El Centro College Police Chief Joseph Hannigan answered questions and led the assembled media members along the route Johnson is believed to have taken through the building on the night of the shooting. While leading the media along Johnson’s path, Hannigan provided a detailed account of where investigations say that Johnson was at various points during the night. Hannigan also shared information including how many shots were fired throughout those tense hours.

Students and faculty were on the seventh and eighth floors of the building as those bullets were fired. School officials say that there were about 50 to 60 people stuck on those floors during the shootout, along with another two who hid in the basement.

According to Hannigan, the shooting began when Johnson fired upon two officers to gain entrance into the school. Once inside, Johnson is believed to have headed up a stairwell, where cracked and chipped concrete from gunfire can be still seen. Also visible in the stairwell during today’s walk-through were locations that had clearly undergone deep cleansing — spots that Hannigan made clear were scrubbed down to remove blood stains.

See Also:
• Set The Record Straight. // Let’s Clear Up Some Misconceptions Still Floating Around About The Downtown Dallas Attack.
• Chapter & Verse. // Through Song, Dallas Rappers Voice Their Frustrations With Recent Events Both Local and National.
• Making A Monster. // Micah Johnson’s Actions Were A Direct Result Of The Injustice Of The American Judicial System.

Upon arriving on the second floor, Hannigan says Johnson went into the school library, where he took up two different positions near large windows above the building’s loading dock. From that vantage point, plywood could still be seen in the windows of the 7-Eleven located just across the street, which saw its glass blown out in the crossfire.

Negotiations came to a close when Dallas police chose to send in a robot controlled bomb to eliminate Johnson, who Hannigan says was at this point hiding behind a wall inside of a small office space, still firing at police. Hannigan also says Johnson continued to fire at the remote-controlled bomb before it exploded.

See Also:
• Model Behavior? // Is The DPD Really The Model Police Department That Everyone Keeps Saying It Is?
• Unsung Heroes. // These Are Just Some Of The Heroes From Thursday Night’s Attack In Downtown Dallas.

Attendees of the walk-through were given safety goggles and hardhats when the tour arrived at Johnson’s last stand. Bullet holes, caution tape and wrecked drywall were all that remained of the small hallway after DPD’s bomb was detonated.

Faculty and students are expected back at the school tomorrow. School president Dr. Jose Adames says that, contrary to media reports, El Centro College was at no point ever closed following the shootings. Rather, he says that it had shifted its services to the school’s other campuses across the city. The school has also, Adames notes, been steadfast in offering counseling services to those affected by the shooting.

Adames also says that a sculpture will be built and erected as a memorial to the victims of the shooting. In the meantime, the school will, starting tonight, hang banners around the building that read “El Centro Strong.” It also plans to place blue ribbons across its campus as a show of solidarity with Dallas PD.

“El Centro has 50 years of existence,” Adames says. “This event is seminal to the history of this school. We will not forget, be defined or limited by violence… We will have another 50 years, and we will remember this event, as we will remember why it is that the college opened up in 1966.”

All photos by Sidney Johnson. 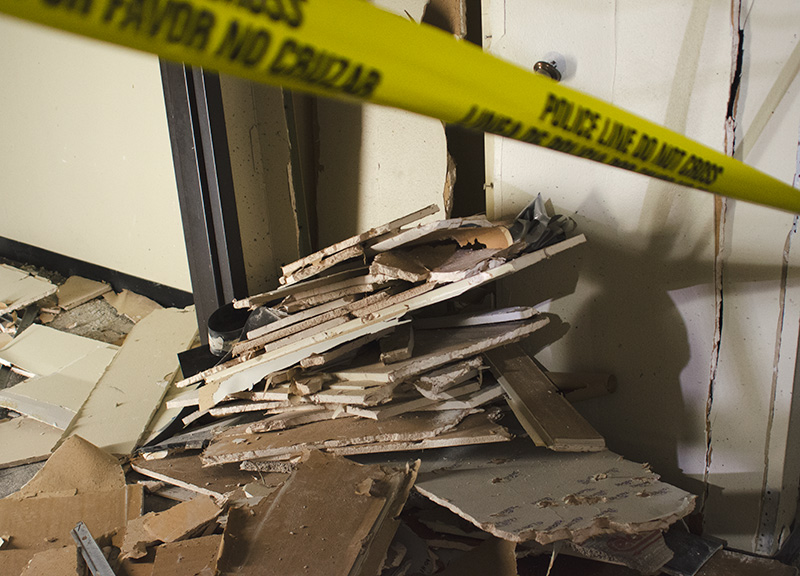 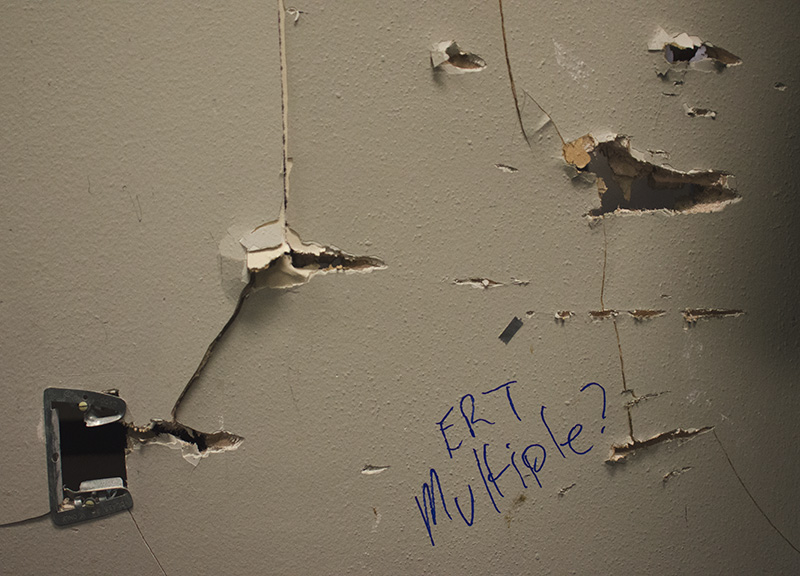 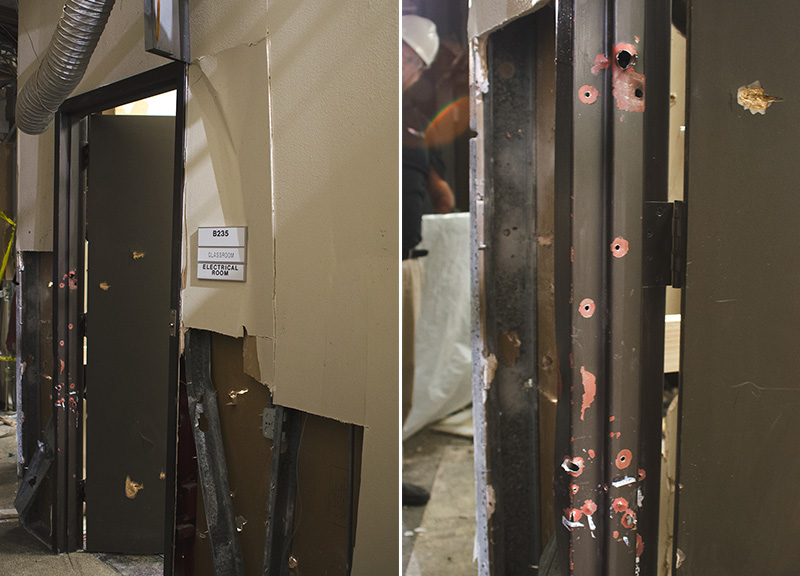 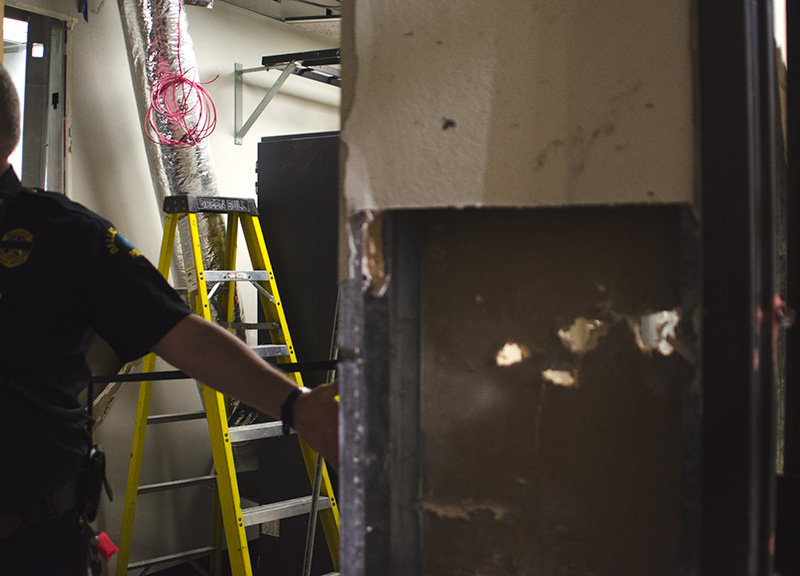 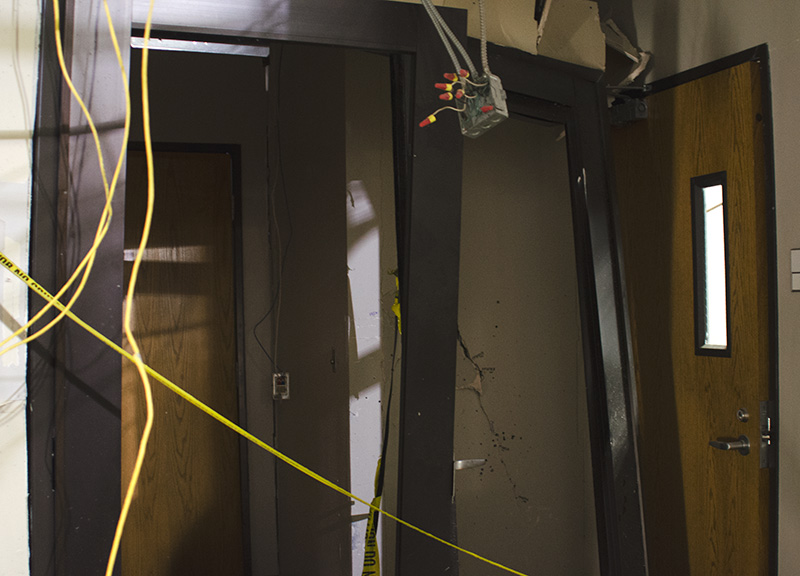 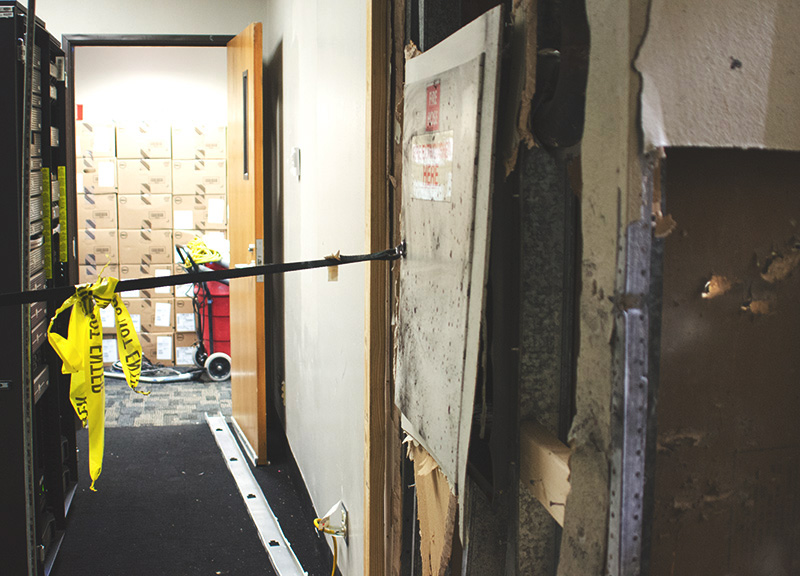 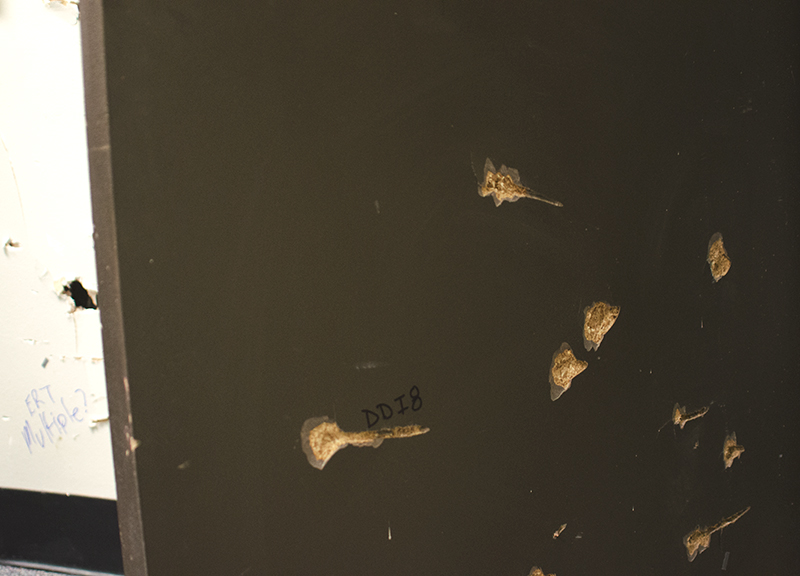 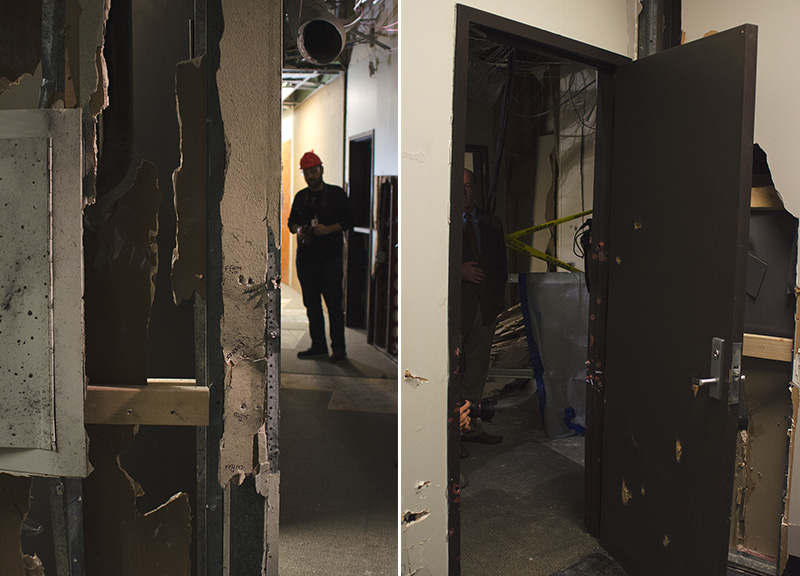 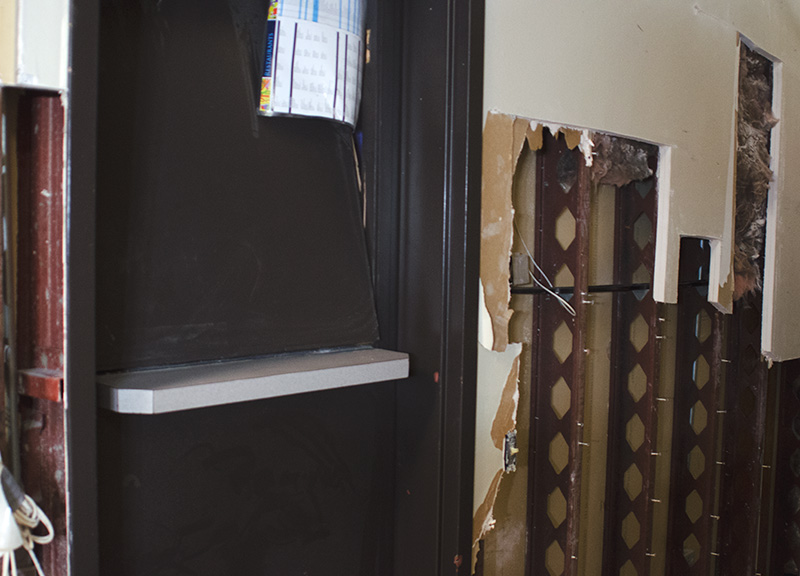 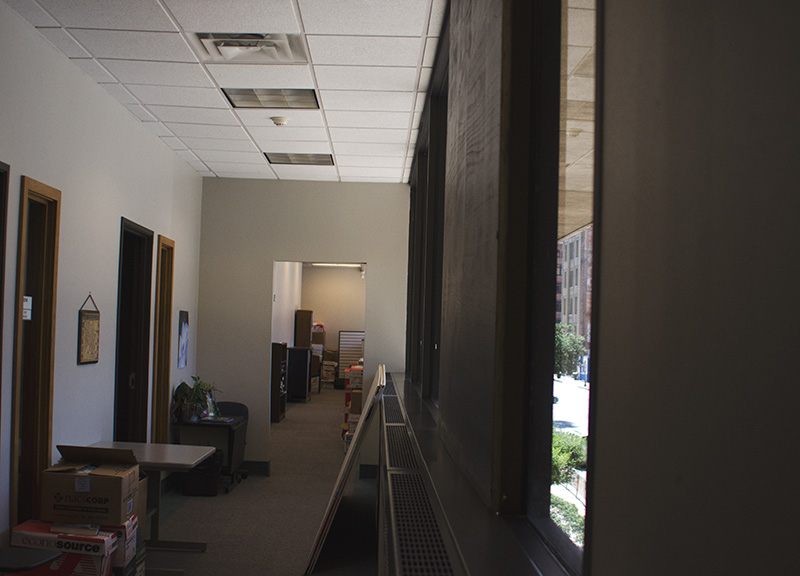 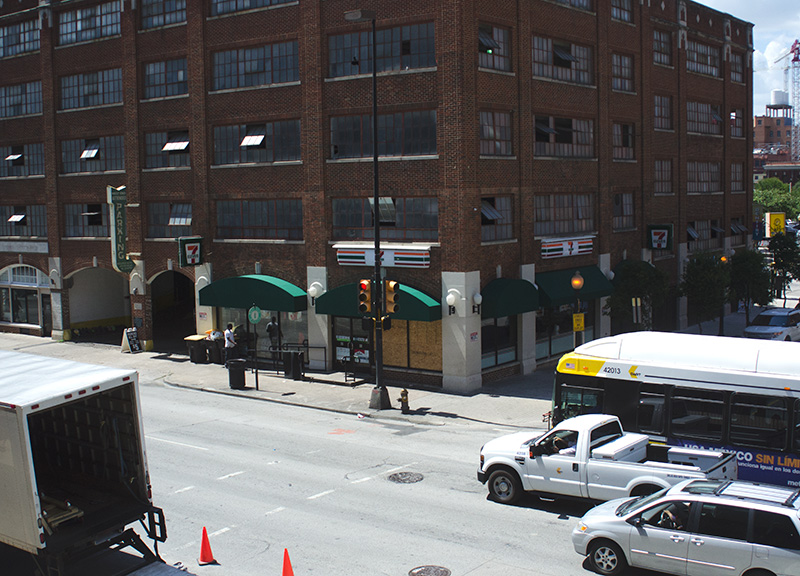 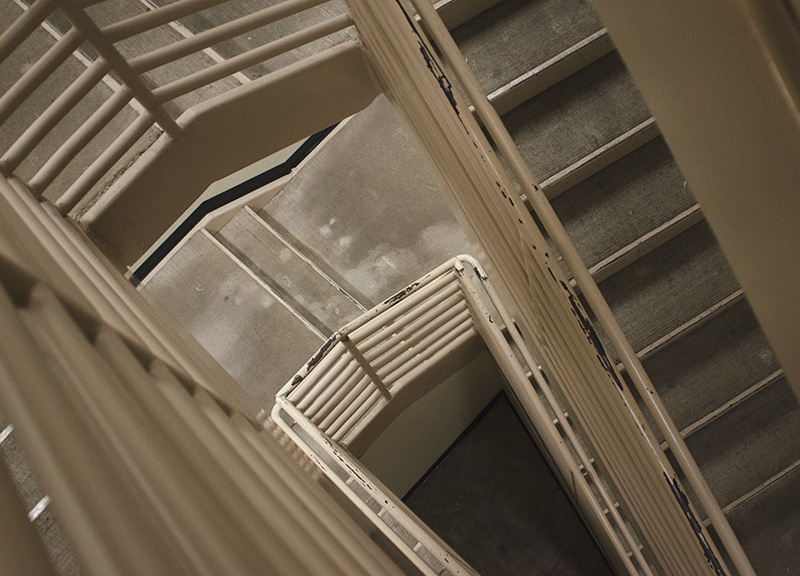 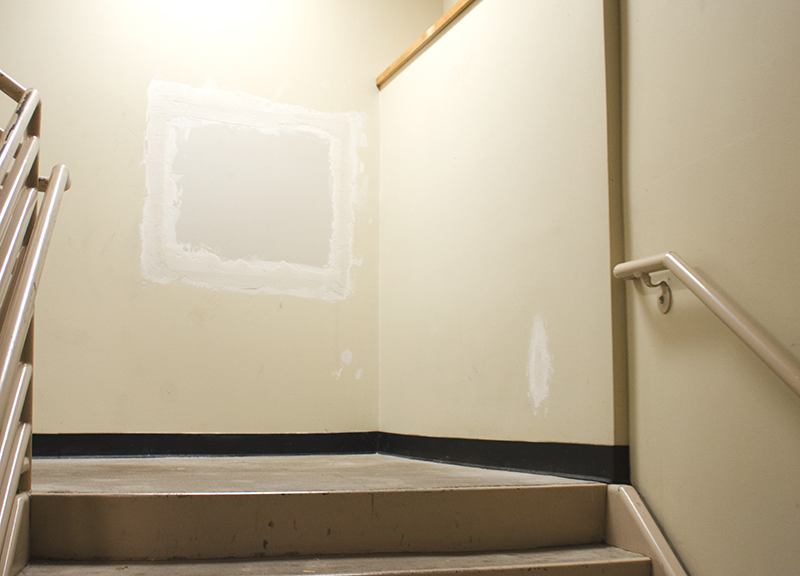