Throughout the past month, as rumor (and even yesterday’s “confirmation”) circulated that the ever-expanding Dallas-Fort Worth arm of the Alamo Drafthouse would be opening up shop in Lake Highlands, one clear source that could’ve given credence to all this speculation remained silent.

Today, though, Alamo DFW’s chief operating officer, Bill DiGaetano, confirms it: Alamo will indeed be opening up within the former Tom Thumb grocery inside of the shopping center at Skillman and Abrams in Lake Highlands, with a target opening date set for Spring 2017.

Following the original area location in Richardson and the recently opened location in The Cedars, the Lake Highlands Alamo Drafthouse will be the third in North Texas. (The earlier announced Little Elm location has been scrapped, and the Las Colinas location won’t open until the very ambitious entire Music Factory complex within which it will be housed is ready to open at once.)

More than just another option, theatergoers can also expect the Lake Highlands location to be pretty massive. Says DiGaetano: “It’ll be the biggest Alamo we’ve ever built, maybe the biggest in the whole system.

Checking in at 45,000 square feet, it will be larger than the 43,000-square-foot Lakeline location in Austin, which is the closest comparison DiGaetano can come up with. The former Tom Thumb building that will house it checks in at 65,000 square feet in total, although DiGaetano says that the landlord — Retail Plazas, Inc. — has asked to use 20,000 of that space for additional retail. Regardless, the new location will feature nine screens and a total of 875 fully reclining theater seats, complete with footrests.

It will also house the second location for Alamo DFW’s restaurant concept, Vetted Well, which it launched within the Cedars location earlier this year.

As with that Cedars location, Alamo also plans to utilize the current bones of the building that it’s entering as part of its construction plan, although it will be updating its exterior some. Retail Plazas, Inc. has already begun interior demolition; DiGaetano expects his own crews to break ground in September or October.

“We are delighted with the speed with which we were able to lease the anchor space at Skillman/Abrams and the incredible amount of tenant interest in our redevelopment of the shopping center,” Retail Plaza president and founder Jeffery L. Olyan announced today in a statement. “I think the community will be better served with the extensive redevelopment and tenant mix at Skillman /Abrams. It will become the entertainment center of Lake Highlands. We look forward to working with Bill DiGaetano’s Alamo Drafthouse Cinema Group on this project.”

For his part, DiGaetano is especially looking forward to possibly collaborating with his new Lake Highlands neighbors across Park Lane at Top Golf.

“I would love to do a Caddyshack screening,” he says.

And, he says, he would love to keep expanding the brand. As DiGaetano in our extensive sit-down with him last year, the announcement of one new Alamo location doesn’t necessarily get in the way of other possible openings.

“We’re looking in Fort Worth, we’re in north Tarrant County, we’re looking all over,” he says. “We don’t want to oversaturate the market, but there are four or five Alamos in Austin — and we’re seven times their size.” 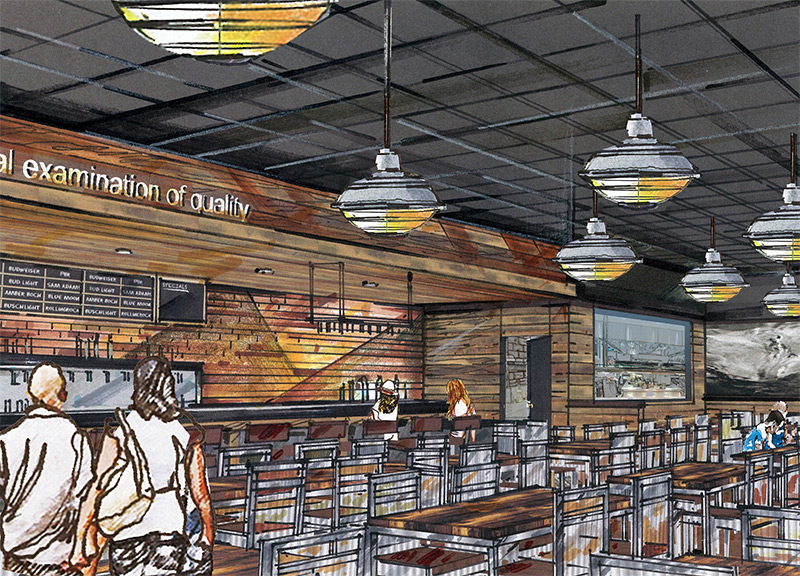