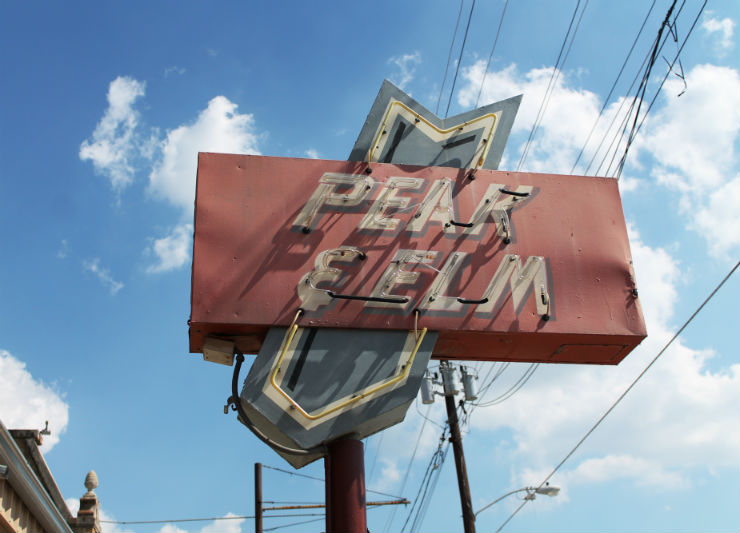 How Does Peak & Elm Draw Eaters To Its Out-Of-The-Way Spot? New Menu Items and Free Booze.

Peak & Elm Cocina y Bar, the sister restaurant of popular East Dallas tamaleria La Popular Tamale House, recently added a couple new dishes to its menu. The idea behind the move: that these sweet incentives will better attract diners the eight-month-old Mexican restaurant that sits in “New East Elm,”a neighborhood that remains a work in progress.

It's an uphill battle, for sure. Self-proclaimed “doctor of tamalogy” and Peak & Elm owner Jesse Moreno gets that. But he also gets that he needs to do all that he can to “keep butts in those seats” at his restaurant.

He knows what he's doing — or, at least, he should. The 28-year-old's parents opened La Popular Tamale House in 1985. When Moreno got his chance to follow in their footsteps and open a restaurant of his own, he was able to do so with experienced mentors and a loyal following at the helm. This particular situation puts him ahead of the game, indeed. But opening yet another Mexican restaurant in the cluttered, Mexican-heavy Dallas food scene? It's still a risky venture.

“We've already built a following of new customers that weren't even from the Tamale House but that found out that we're here and have given us a shot,” says Moreno. “But we absolutely need to be able to see more customers [and] more drive to come into the area.”
Introducing new fall menu items is just one way Moreno hopes to woo the public and growing his business.

“The good thing about our menu is that it is going to evolve,” he says. “As the seasons change, we will change our menu. We are working to draw more dishes that certain clientele can appreciate.”

To that end, Peak & Elm will now feature pozole, a torta sandwich and a nacho plate on its menu. Caldo de pollo, or chicken soup, will also be served on the weekends. According to Moreno, these dishes incorporate authentic Mexican flavors and ingredients so as to differentiate Peak & Elm's fare from that available at other Dallas-area eateries. But Moreno did something else when determining his new menu, too: He asked his patrons what, specifically, they wanted added into the mix.

“We did an online social media survey telling customers we were working on a new menu,” Moreno says. “Pozole was the number one item requested.”

Still, the pozole — a traditional Mexican soup that usually features white hominy, pork shoulder, onion, garlic, chilis, chili powder and oregano in a luscious pork broth â€“ will only be offered until winter. The other new items have an as-yet-undetermined shelf life: The torta will feature traditional pan bolillo (a short baguette-style bread), beans, cabbage, lettuce, tomatoes, queso fresco, Mexican crema as well as the customer's choice of meat (chicken, barbacoa or “any kind of meat” the restaurant features); the nacho plate will act as an “an alternative [to Tex-Mex cuisine] without being over the top” and will feature queso fresco rather than the processed, bright yellow cheddar cheese commonly used at Tex-Mex restaurants.

Aside from tasty new food offerings, Peak & Elm is also attracting customers with free margaritas, free mimosas and a BYOB policy: Free, frozen margaritas are offered to all visitors, 21 and up, all day, every Friday. Free mimosas are also offered during brunch every Sunday.
The free liquor promotion initially began because Peak & Elm didn't apply for a liquor license, deciding instead to go the BYOB route. Offering complimentary alcohol, Moreno says, is intended to accommodate those who don't know they can bring their own booze — and to keep them on premises all the same.

“People would come in and not know that we're BYOB,” Moreno says. “Instead of having them go buy beer or go to a liquor store and possibly bring it back, we decided to just offer [free margaritas and mimosas].”

Technically, you don't have to purchase any food to receive the free drinks. And there isn't really a cap on how many alcoholic treats you can get.

Moreno explains: “We have to go by TABC standards. As much as we would love for someone to come in and dine with us, you can't require someone to purchase an entree in order to get free margaritas or mimosas. There is no cap; it goes by TABC standards. If we see someone's had too many, it's kind of like getting cut off, like a bartender cuts somebody off [at a bar].”

These promotions, and the buzz that's surrounded the place since it opened, has helped Peak & Elm build a customer base.

And, though Peak & Elm's location may not be the ideal spot to retain a steady flow of visitors, Moreno remains convinced that his decision to remain in the so-called “New East Elm” neighborhood will eventually pay off in the future.

“Some people don't venture this far out,” Moreno says. “But everything's within reach. Coming into a new area that's not really developed definitely has its challenges, but with that comes great reward. I think that we'll be pioneers, if you will, of a new area. And we get to see the growth and be able to be part of that development. We wish things were better [now]. The biggest challenge is that we currently are not in a business district. What I mean by business district is where there's high volumes of retail or high volumes of retail space. People have to know that we're here in order for them to stop by. So we have to get the word out for people to come this way. Where we are, we see a lot of police presence, but there is a lot of car traffic, which makes it safer because there's a lot of eyes.”

Keeping the community alive and honoring the history of this neighborhood is something Moreno and his family are passionate about. Walk inside the restaurant and you'll see that firsthand through memorabilia placed on the walls, meant to showcase the building's past. Peak & Elm's building, which dates as far back as the 1920s, used to be a trolley station for the Junius Heights streetcar line. And the deep history that's hidden in this neighborhood pushes Moreno to go that extra mile.

He doesn't regret establishing his business in New East Elm — not yet, at least.

“It was a good opportunity for us to take an old space and reconvert it to what it used to be,” he says. “Also, to [be able to] just give back to this part of town that has been lacking nicer establishments, we're hoping to really make it a community.”

Even though it may look as though Peak & Elm may face an uphill battle, Moreno knows his restaurant is a hidden gem. And he has big ideas for the family-owned and -operated restaurant: Upcoming delivery service, a new vegan menu and plans for a dining courtyard are all in the works.

“I hope to be able to grow and expand by getting the word out — not only about the restaurant but about the area,” Moreno says. “To be able to sit back 10 years from now and be able to see the area just completely thriving is gonna be a very rewarding feeling.” 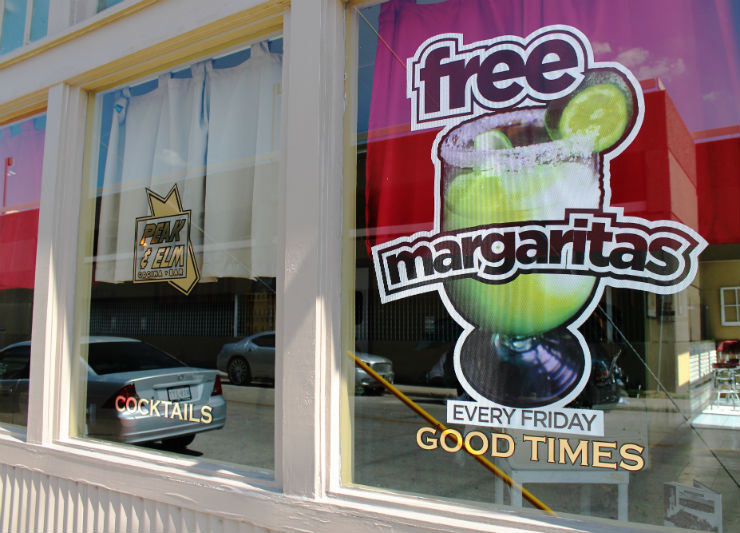 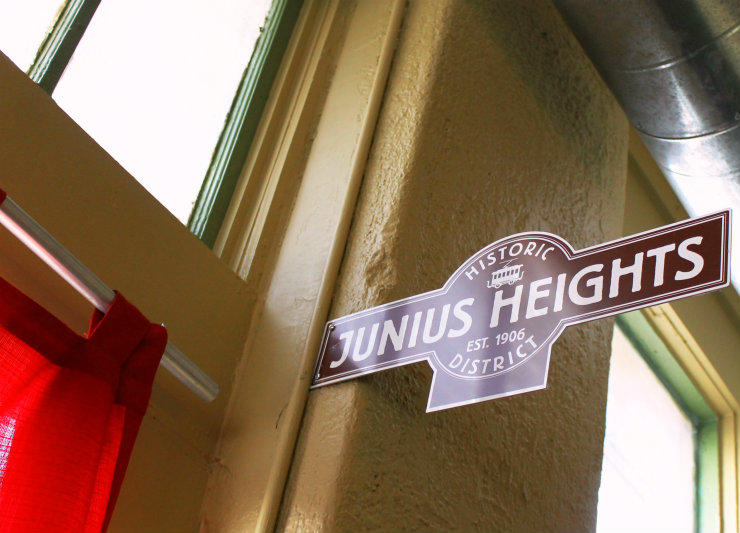 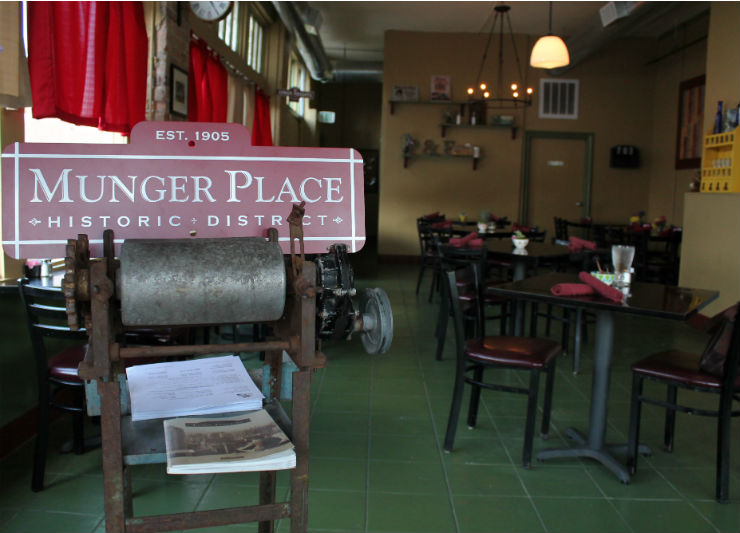