Another Brick In The Wall. 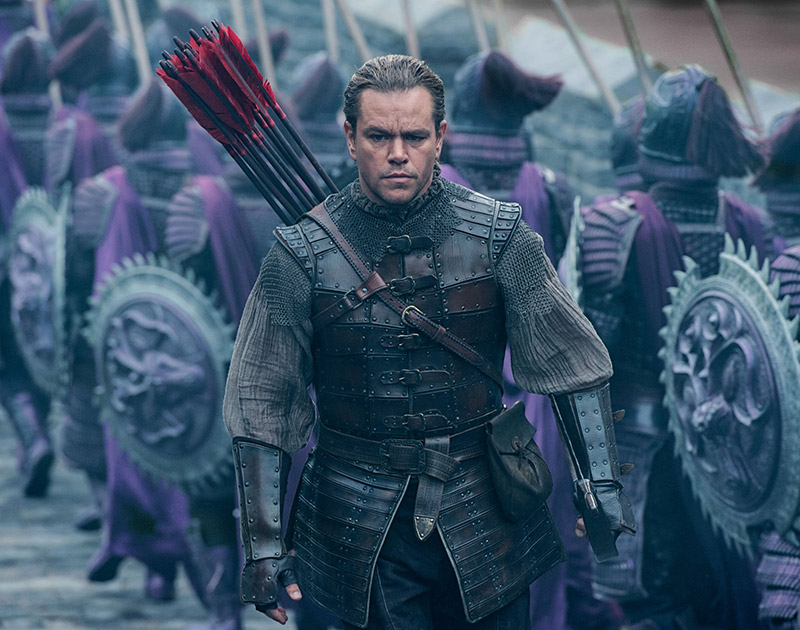 The Great Wall Is A Stunning Heap Of Stupidity, Which Is To Say It’s Not As Bad As You Might’ve Heard, But Not So Great Either.

It’s simultaneously as beautiful as movies get — but often as dumb, too.

Most of that beauty can be attributed to director Zhang Yimou’s relentless commitment to practical effects and terrifically staged fight scenes. He gives the audience visuals we didn’t even know we wanted, like soldiers flying in giant paper lanterns (yes, they’re a fire hazard) and women bungee-jumping into a scrum of alien beasts. Oh, and did I mention that this is supposed to take place in the 13th Century? Yes, The Great Wall is nuts — but never quite Mad Max: Fury Road-level nuts.

Here, Matt Damon and Pedro Pascal (Narcos, Game of Thrones) play the last surviving members of a gang of bandits. They’re captured at a military outpost and await execution, but prove themselves by defending their captors against an alien beast that manages to get over the titular wall and wreak havoc. Willem Dafoe is also there for some reason, too. But that’s the extent of the non-Chinese actors in the cast; there are literally hundreds of Chinese actors filling this film, as Zhang doesn’t really mess around with CGI for the extras. Almost everything that could exist in the real world is actually captured onscreen in this film, and that includes a ton of real actors, in real costumes, on real sets.

That’s refreshing in and of itself.

Alas, not everything works here. Damon’s accent and hair are distracting. The supposed romance between his character and the Chinese general (Tian Jing) has zero spark.

But the banter between Damon and Pascal is aces, reminiscent of the friendly rivalry between Inigo Montoya and the Man in Black in The Princess Bride. And the camerawork by frequent Zhang collaborator Xiaoding Zhao and British DP Stuart Dryburgh is often breathtaking.

So what does that mean? It means that The Great Wall is the best-looking stupid movie you’ll see all year.