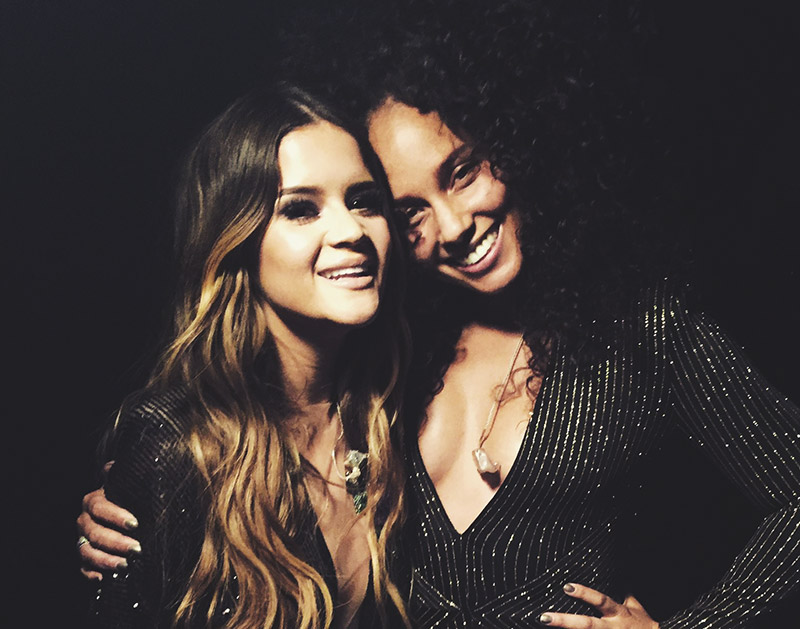 Of the many times a year that the music industry comes together to pat itself on the back, Grammy night is perhaps the biggest of them all. And, once again, North Texans made a good showing at the event — none more so than Maren Morris.

Not only did she take home her first Grammy in the Best Country Solo Performance category thanks to her “My Church” single, but she also performed a duet with Alicia Keys at the ceremony.

That action was enough to send her to the top of our weekly, local music power rankings for the lucky 13th time.

Meanwhile, others earned their spots in the ranks thanks to Grammy wins, too, as Snarky Puppy, Pentatonix, Tamela Mann and Kirk Franklin all earned trophies, too.

Of course, the week’s other big area music news was the 2018 Homegrown Festival lineup announce, which included the bookings of such area fan favorites as Tripping Daisy, Lower Dens, Motorcade, El Gato, RC & the Gritz, Cure for Paranoia, Lizzie Boredom and Greg Schroeder.

In other show news from the week: Norah Jones, Jonathan Tyler and many others are playing the big Neil Young tribute concert at Granada on Sunday; Granger Smith’s headlining Billy Bob’s this weekend; Jack Ingram’s playing House of Blues; Charley Crockett sold out the Granada last weekend; Casey Donahew headlines the Mardi Gras Texas event this weekend; and Eisley is playing an album release show at the Cambridge room. 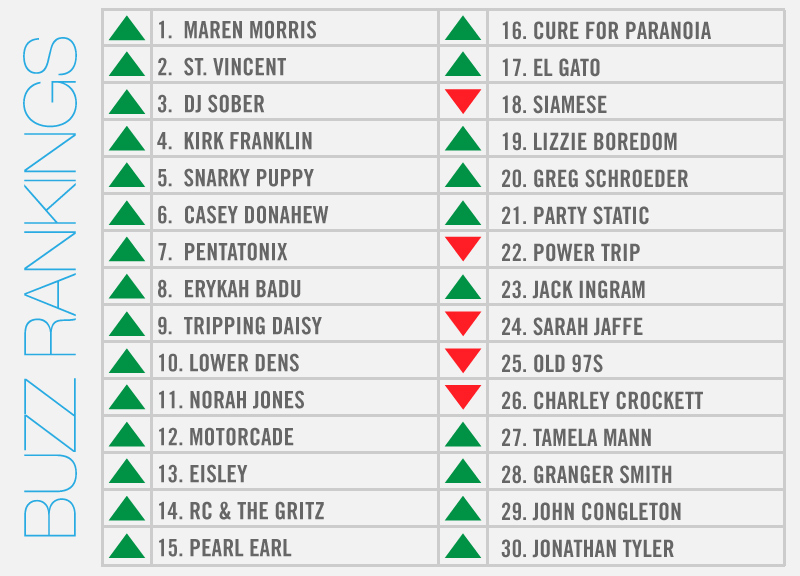