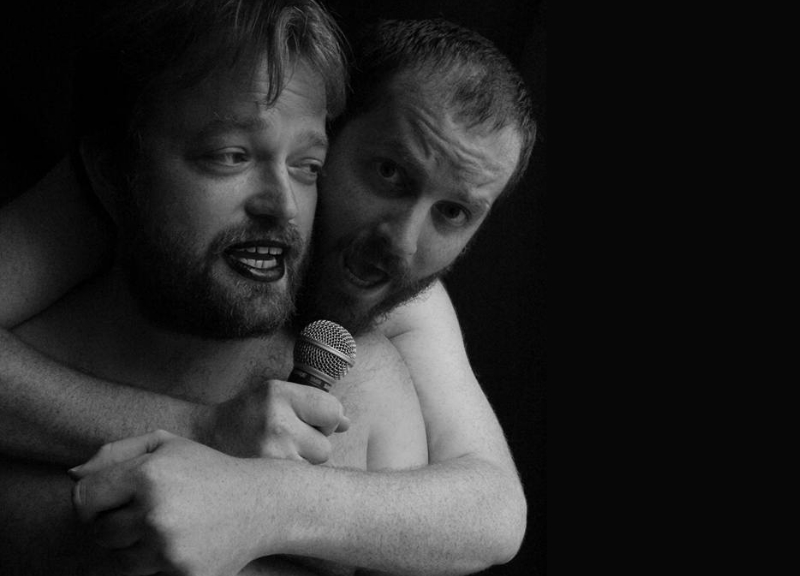 Conor Wallace — Friday Mean.
RIYL: First world problems.
What else you should know: A veteran of bands like Ella Minnow and Forever & Everest, Wallace's new solo record comes out today. Until his release show at Dan's this Sunday, only two tracks are streaming on his Bandcamp. The tracks bounce from cutesy indie-rock to alt-country, sometimes residing in an area that's somehow both at the same time. It's instantly catchy, the type of thing you'll be singing along with before your first listen is over, and the type of thing you'll definitely want to repeat a couple times. Anyway, read more about Wallace over at The Dentonite.

Rodney Parker & 50 Peso Reward — “Steppin' Into Sunshine.”
RIYL: Not having to say you're sorry.
What else you should know: There's been a live acoustic record and a couple of Apology EPs that have come out between, but RP50PR hasn't put out a formal LP since 2008 sophomore effort, The Lonesome Dirge. Since then, several members have come and gone — and come back temporarily to help record this one with Matt Pence at Echo Lab. Even a couple Turnpike Troubadours are thrown in for good measure. The result is Bomber Heights, which is out September 16. Anyway, read more about Rodney Parker over at American Songwriter.

Ish D — “Holding Aces.”
RIYL: Playing your cards right.
What else you should know: After previously collaborating with Sam Lao, Brain Gang producer Ish D spotlights another up-and-coming lady singer on his new single. That would be one Lakei Day. Watch out for her. Anyway, read more about Ish D over at Art & Seek.

Rei Clone — Wet.
RIYL: Looking at your shoes.
What else you should know: The local five-piece recently recorded its second album at Denton's Civil Recording, and this latest one boasts a wide array of sounds and a dense sonic spectrum. We can't imagine having to mix all that. An independent Serbian music blog just posted their review of the album, which the band was kind enough to throw through Google Translate, and which we were kind enough to copy/paste here. It reads: “Texas fiver Rei Clone think should please fans of contemporary shoegaze scene. Their debut self-titled album last 12/12 seeing the world and you will find it a total of seven songs. Influences My Bloody Valentine, Slowdive , but even Pink Floyd and Fugazi are the overall formation of the band know , but the overall result is absolutely hilarious . The new EP called Wet was released just this week with Smoked Cheese Records. It also contains 7 tracks while , but kept them as EP , everything starts wallop Ready to Die .” Anyway, you can read it in its original language over at Serba Music.

KoolQuise — Love Lost in [Translation].
RIYL: [Heart eyes emoji.]
What else you should know: Originally slated for release in May, -topic's hype man finally released his best project to date in recent days. CYGN, DJ Harrison, STRAANGE, Wierddough and Tuff Luv all contribute to the production, and Donny Domino and Mga Czar pop up for features. Anyway, you can read more about KoolQuise over at Central Track. (Hey!)

Pseudo Future — Time Slips Away.
RIYL: Listening to things that are OK.
What else you should know: Last weekend, this Dallas trio released its new Time Slips Away EP and then took off on a three-week tour. They're in Tampa tonight. There's some indie rock, blues, and pop-punk here, presented in a sonically lush, yet mostly inoffensive manner. Anyway, that's all you need to read about them.

Bella Carmichael — “All Tied Up.”
RIYL: Taking sleeping pills but then trying to stay awake.
What else you should know: TBH, we don't know too much about Ms. Carmichael other than she's a college freshman aged and appears to hail from Grand Prairie. There's something unique about her vocal delivery here, though, that makes this one feel pretty interesting. It's not so much sultry as it is impressively disinterested — as if she's multi-tasking while recording, but focusing much more on whatever else she's doing to the extent she can barely be bothered to fully make words.

Zane Williams — “Bringing Country Back.”
RIYL: Stone cold, solid gold, good ol' country blues.
What else you should know: Just because you don't hear it anymore [on the radio], sings Williams on this slow groovin', two-steppin' genuine country number, doesn't mean there aren't still people like himself making honest to goodness actual country music these days. There, in fact, are. Slide into our DMs and we'll give you a list of folks to check out.

Castro — “Diamond Dreams.”
RIYL: Idolizing your fellow countrymen.
What else you should know: The formerly dreadlocked fourth-place finisher on the seventh season of American Idol Jason Castro has a new trio with his brother and sister. They have a folky debut full-length coming out September 2.

Better Now — Reasons I Can't Sleep.
RIYL: Always living the best years of your life.
What else you should know: This particular combination of finger-picked emo bits and pop-punk makes us feel way nostalgic for circa 2001 high school shenanigans. This would have been in heavy rotation in the aftermarket Sony Xplode CD player we installed in our 1994 Mercury Tracer. As it were, it'll have to settle for heavy rotation in our Spotify library.

Blixaboy — Humanoid X Sampler.
RIYL: Boots and cats.
What else you should know: It's not the full thing, but this is an eight-minute sampler of the tunes from Wanz Dover's upcoming Blixaboy project. The complete package will be released exclusively on 12-inch vinyl via CPU Records on September 15. See, vinyl's not dead. Nor is techno, it turns out.

Norah Jones — “Carry On.”
RIYL: Hometown heroes.
What else you should know: Jones released this song earlier today. It leans more soft country than soft jazz. It's the first single from her Day Breaks album that's due out in October. Before that, though, she's coming to Oaktopia in September. Score!

88 Killa — “The Code.”
RIYL: Keeping your head up.
What else you should know: We premiered this tune earlier this week. So you can hit the link to read more about it. Just know that Killa's holding a listening party for his new record at Spinster tonight.