The Cocktease: Mez-Call of the Wild. 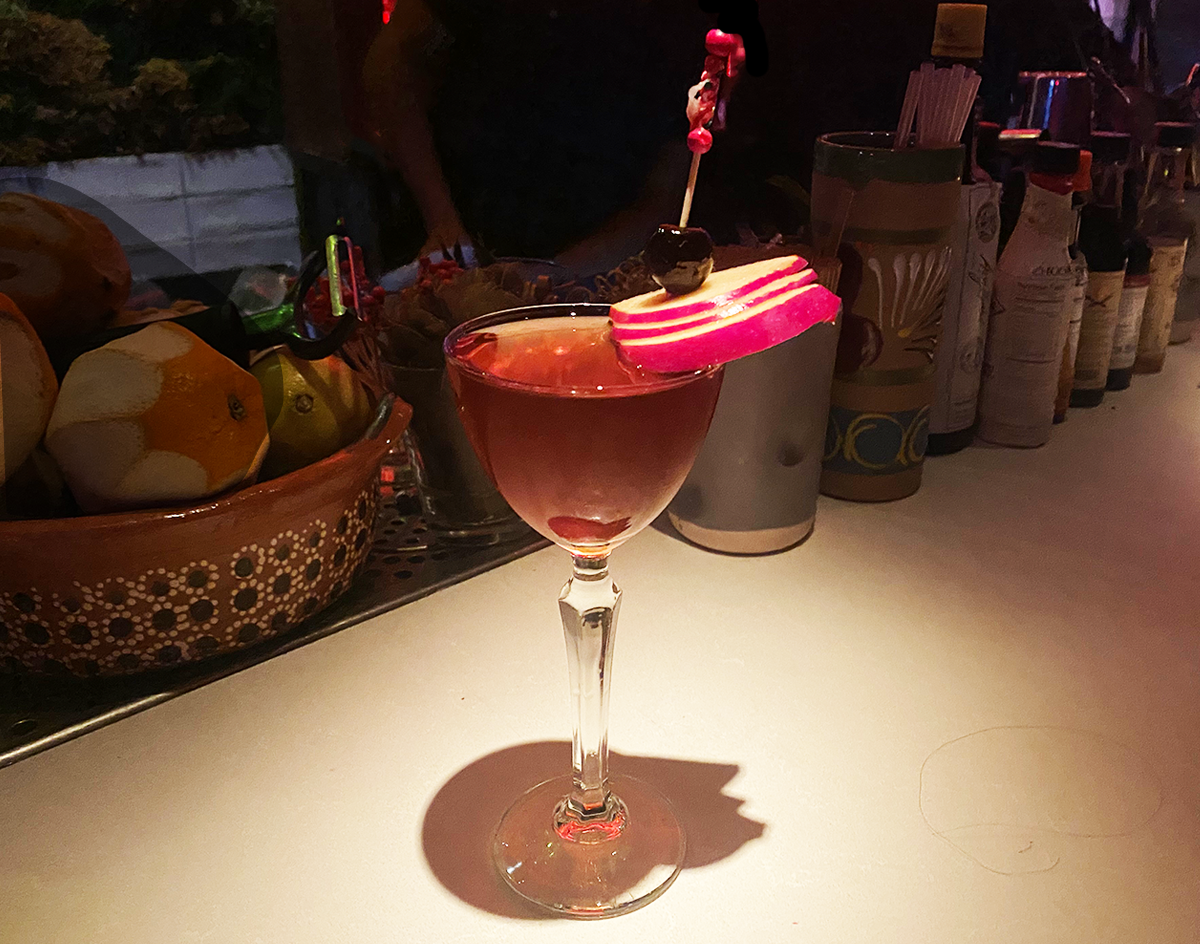 At La Viuda Negra On Fitzhugh, The Spirit-Forward Mez-Call Of The Wild Cocktail Sends Us Back While Recalling And Reimaging A Seasonal Mexican Staple.

Welcome to The Cocktease, the weekly feature in which we present you a tasteful preview and review of a cocktail in the Dallas-Fort Worth region that deserves your attention, your mouth and your monetary support. Looking for a good time? Here’s something that might fit your personal tastes — because when I sip, you sip, we sip.

Name: Mez-call of the Wild

Where to get it: La Viuda Negra (2513 N. Fitzhugh Avenue, East Dallas)

When to order: before and after the posada

A little more to sip on: La Viuda Negra ought to get an award for its continuous and ambitious efforts toward pushing the game forward when it comes to building and creating delicious cocktails with mezcal — one of the hotter, more elusive spirits out there.

Mezcal, for those unfamiliar or intimidated, is an agave-based distillate from Mexico. Think of it like a regional, name-specific category of wine in that mezcal isn’t technically mezcal if it’s made in other countries. It largely relies on the agave varietals and terroir in order to get its very specific flavors, which vary based on where the agave plant is grown. (By the way: If anyone tells you mezcal is just “smoky tequila,” they’re wrong and cannot be trusted. Tequila is mezcal but mezcal is not tequila.)

But Osorio’s “Mez-call of the Wild” drink is an even more heightened take on this approach. It’s a perfectly spiced fruity cocktail that takes a lot of inspiration from ponche Navideño, a seasonal Mexican fruit punch that’s typically served during Christmastime.

“I based it on ponche,” says Osorio, “with the traditional ingredients like apple, pineapple, guava and cinnamon in mind. I wanted to show people that drinking mezcal is not just about getting drunk. It’s an opportunity to show people where we come from. I think this cocktail was a great way to put those two ideas together.”

Plus, it’s super fun to watch them build the cocktail. Each one’s preparation is entertainingly pyrotechnical with bartenders lighting up the concoction halfway through its build. 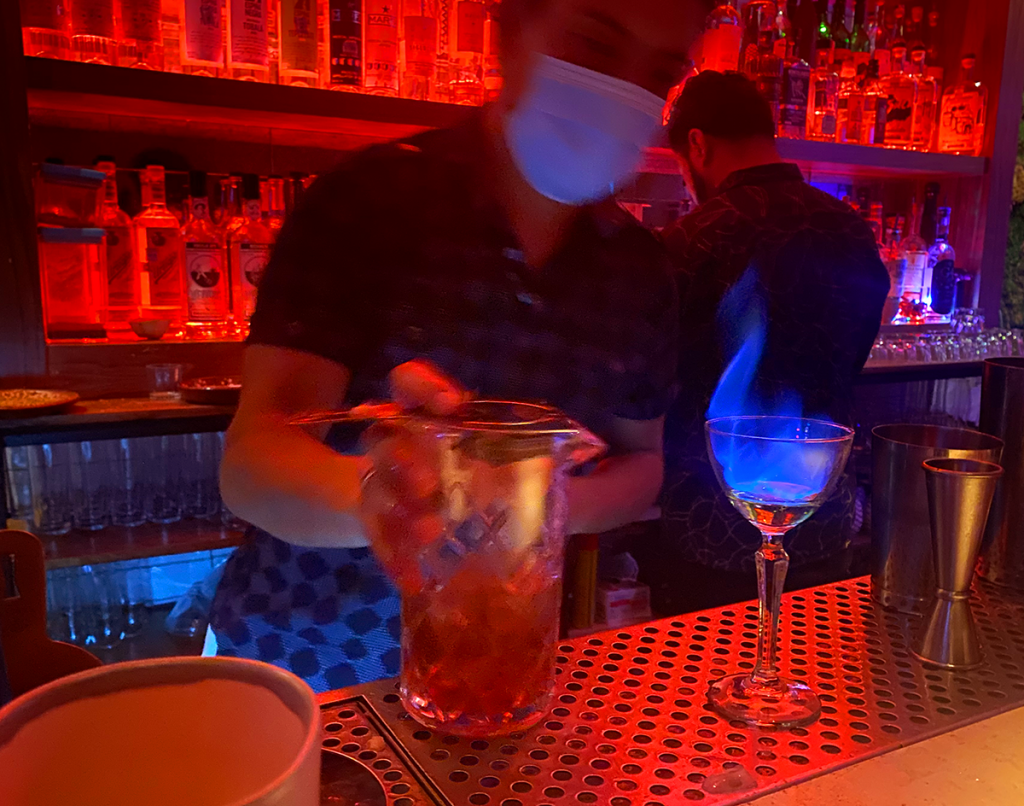 It tastes like what my childhood self thought drinking a cocktail as an adult would be like. The flavors from that “weird drink” my grandma would let me sip on each Christmas Eve were all there — but this time, they tasted grown and sexy.

This spirit-forward cocktail utilizes Mezcal Vago Elote as its base spirit, which says a lot about the drink’s quality as that Mezcal Vago is becoming one of the more respected mezcal options out there among enthusiasts and casual drinkers alike.

No, mezcal isn’t just some kind of weird quirky thing hipsters are drinking anymore. There’s a whole world that dives deep into this mystical Mexican spirit, one that goes back thousands of years and only recently has been getting the shine it deserves.

After all, we’re talking about Mexico here — a gorgeous country with a rich history that too often goes underappreciated or even unknown. Granted, ordering a Mez-Call of the Wild won’t right that wrong, no.

But it’s a sip in the right direction. 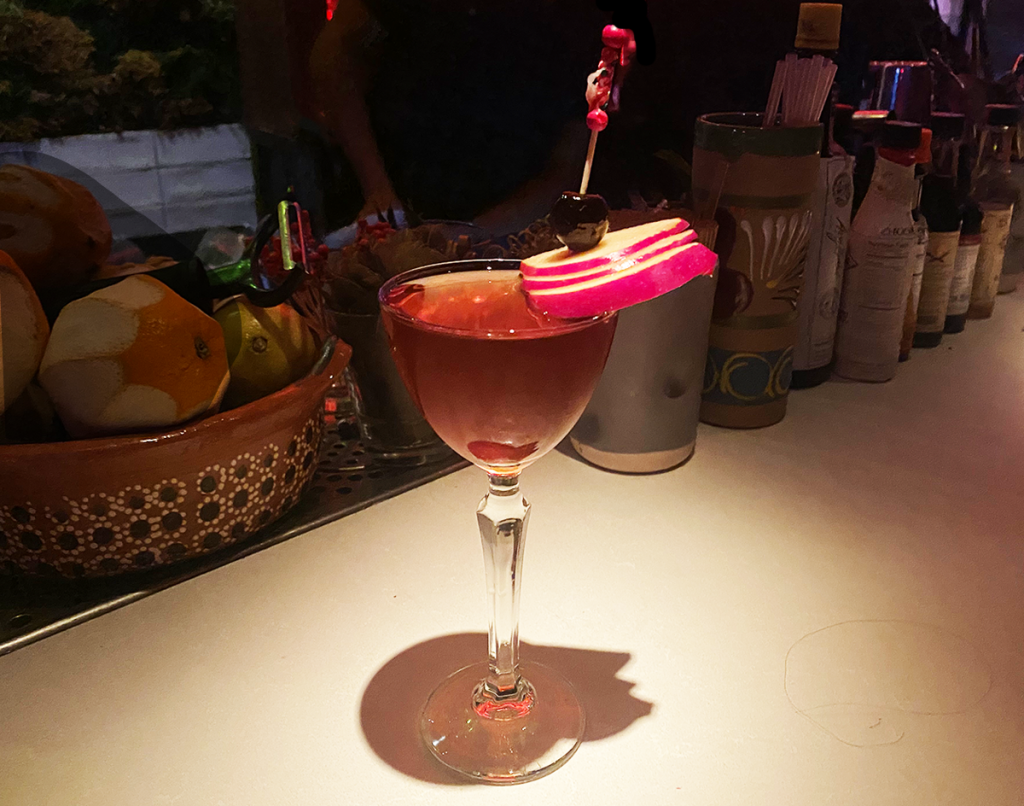