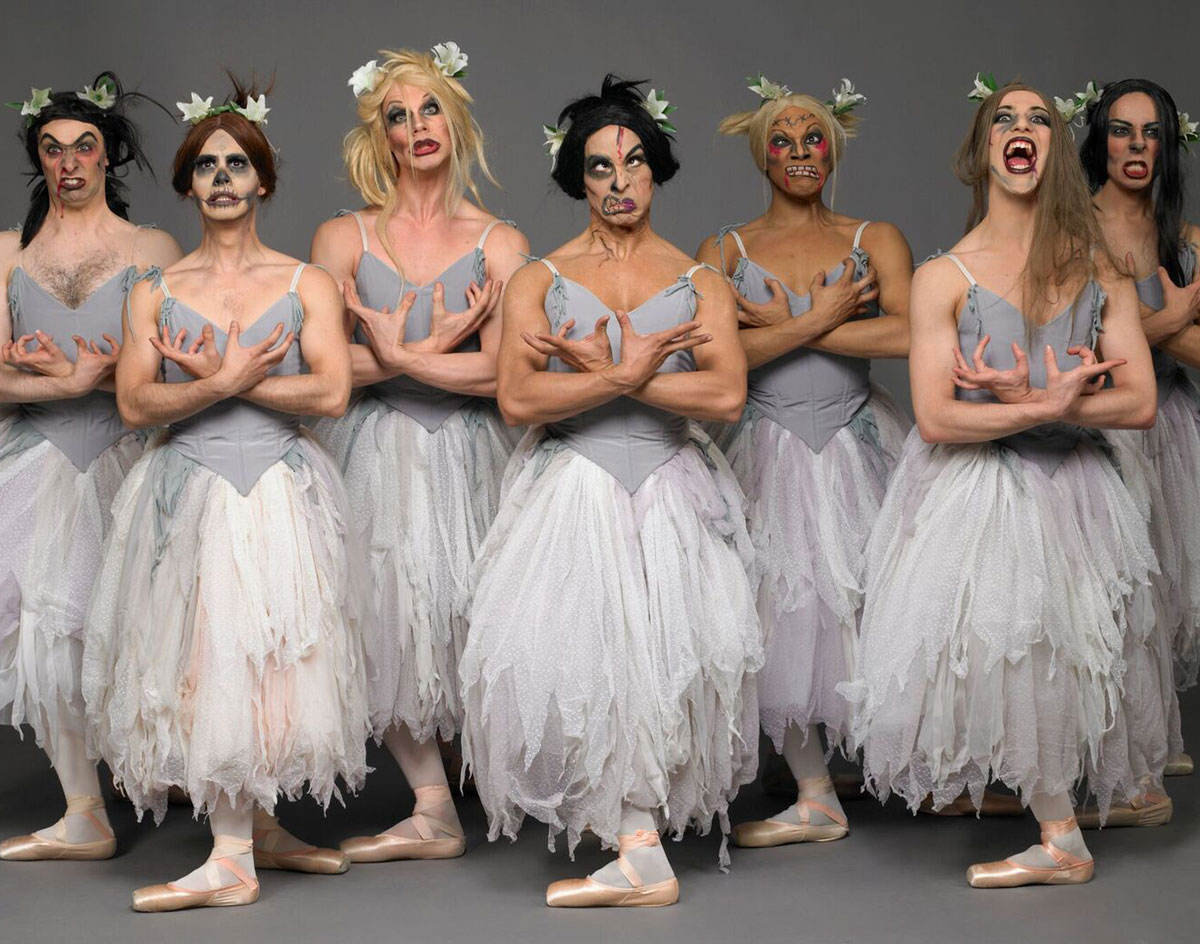 The Hilarious And Rebellious Drag Dancers Of Les Ballets Trockadero De Monte Carlo Are Headed This Way In Late January. Is Irving Even Close To Ready?

This is a sponsored post presented by Irving Arts Center. The Smithsonian affiliate visual and performing arts venue hosts the North Texas premiere film screening of Rebels on Pointe on Friday, January 26. The film celebrates the legendary dance troupe Les Ballets Trockadero de Monte Carlo, who are set to perform just four days later, on Tuesday, January 30, at Irving Arts Center. You can buy tickets to both the film and the performance here.

North Texans will get a rare chance to see the famous all-male drag ballet company Les Ballets Trockadero de Monte Carlo — commonly known as the Trocks — later this month at Irving Arts Center on January 30. They’ll also get their very first opportunity to see Bobbi Jo Hart’s playful documentary film, Rebels on Pointe, which goes behind the scenes with the notorious comedy dance troupe, when it screens four days earlier on January 26.

Founded in 1974 in New York City on the heels of the Stonewall riots that are so often credited for launching the modern fight for LGBTQIA rights in the United States, The Trocks have developed a passionate following around the world. Ballet aficionados and novices alike have embraced them for their dancing skill, as well as their unique comedic talents.

And deservedly so: There’s just something about a man in a frilly tutu that gets us every time. Every. Single. Time.

Not familiar with the Trocks? We can’t say we blame you. Despite touring the world over, The Trocks don’t come to Texas terribly often. In fact, the same goes for their documentary. Rebels on Pointe, the film about the Trocks’ history and place in the world of dance, was officially released in November of last year, but has screened only once in Texas prior to its scheduled screening in Irving later this month, when it was an official selection of the Austin Gay & Lesbian International Festival in September before its formal release.

Outside of its main urban hubs, we all know that Texas is a rather conservative state. But would it be so out of line to suggest that some of this has to do with our lack of exposure to the Trocks? While only Irving is slated for a screening of the film, we’ll see for sure in the next few weeks as the Trocks swing through Texas for a string of dates in San Antonio, San Angelo and, as previously mentioned, Irving.

Are the Trocks ready for Texas? As a dance troupe that has long challenged gender and artistic norms in the conservative world of ballet, we’re thinking they will be.

But is North Texas ready for the Trocks?

Come find out at the screening of Rebels on Pointe on Friday, January 26. Then decide for yourself just a few days later, on Tuesday, January 30, when the group arrives in person, frilly tutus and all.

Get tickets to both the film screening of Rebels on Pointe and the thrilling live performance from Les Ballet Trockadero de Monte Carlo right here.

Cover photo by Sascha Vaughan, courtesy of the Trocks.