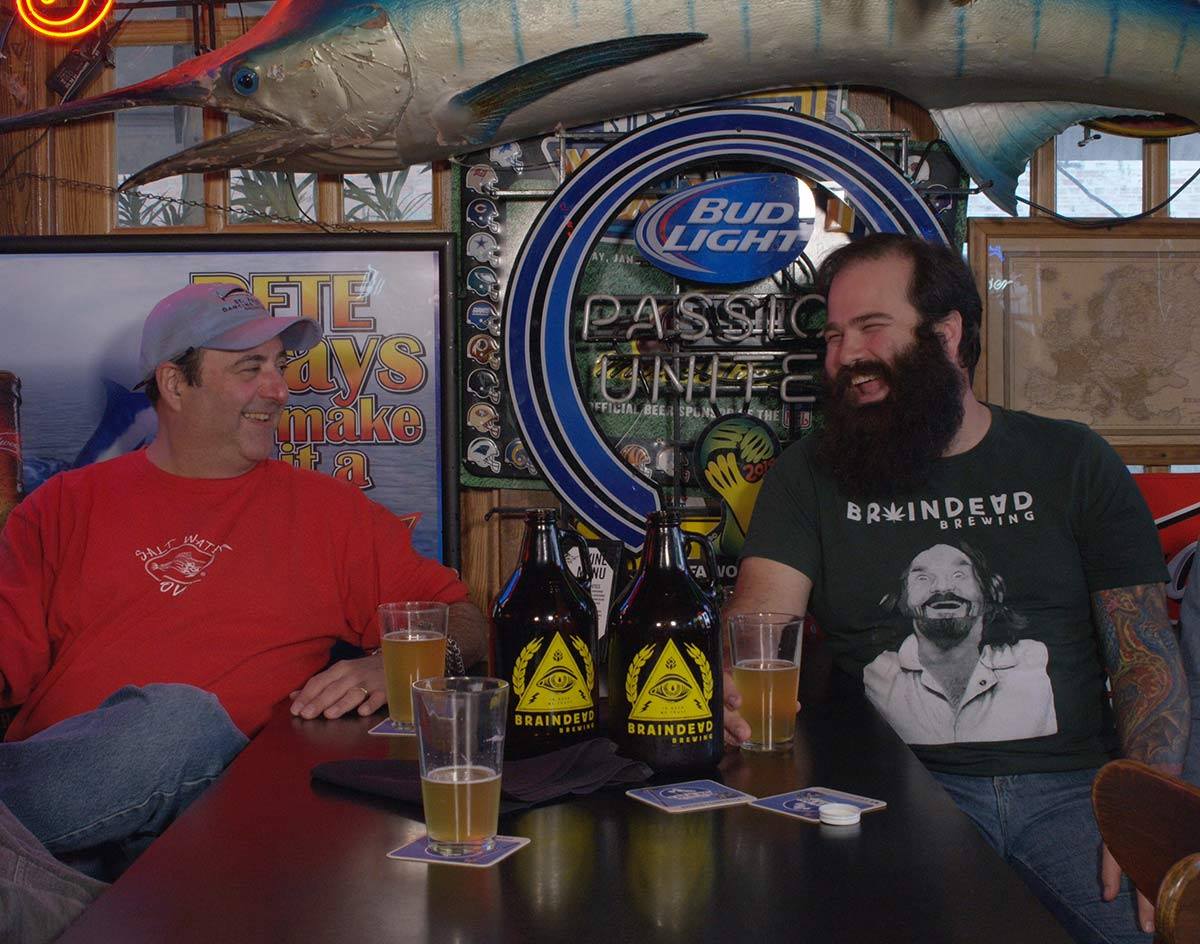 This Week, St. Pete’s Dancing Marlin Namesake Pete Zotos Regales Us With Tales Of All He’s Seen From 24 Years Of Rocking His Restaurant In Deep Ellum.

This week, I’m joined by St Pete’s Dancing Marlin namesake Pete Zotos, and his right-hand man Josh Hendy. And, as a bonus, since my own partner in crime Jeff Fryman got wiped out by the flu this week, we were able to get local performance artist Marc Rebillet to tag in as his replacement.

To fuel our conversation, we cracked open a growler of BrainDead Brewing Gritz Cream Ale and Mechanical Advantage German Pilsner.

Zotos had plenty to discuss, that’s for sure. At this point, his restaurant is now 24 years old, and he has seen a lot in the time since Crescent City Cafe became St Pete’s Dancing Marlin. Over the course of our talk, he regaled us with stories of botched robberies at the old Naomi’s spot on Canton, of using his construction site as a private gun range and of his struggles with city inspectors over the years. From there, the banter continues with chatter about the changes over the years both in Deep Ellum and beyond.

Yup, from Lower Greenville, to Willard “The Texas Kid” Watson, Zotos has seen it all. So, when we emptied the growlers, we kept this thing going, pouring a couple more beers for the extended journey. For his brew, Hendy picked Revolver Blood & Honey, which led us into some talk about local legends Michael Peticolas of Peticolas Brewing and Grant Wood of Revolver being such great influential folk on the local local beer scene.

It all adds up to our longest episode to date, clocking in at 57 minutes. So put on your headphones, buckle in and anejoy the ride