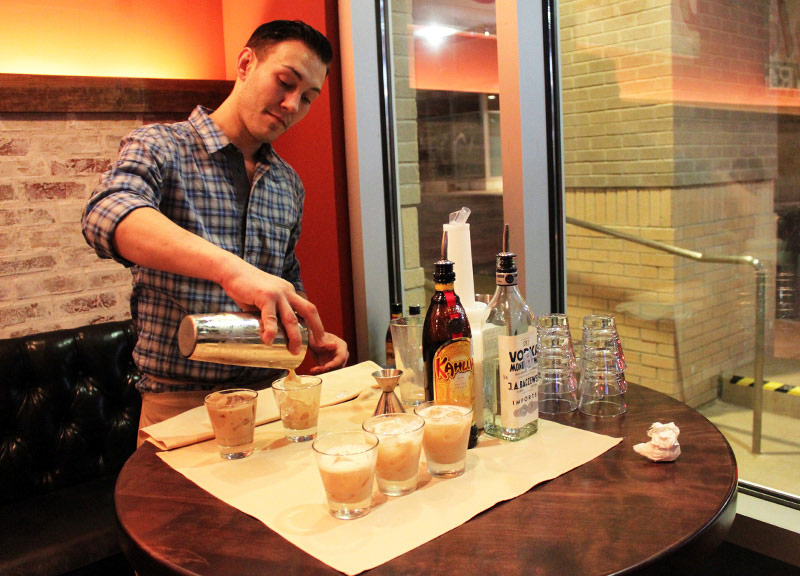 Our Early Impressions of Bowl & Barrel.

There aren’t many things Dallas is lacking in the entertainment department.

We have amazing restaurants that will simultaneously tickle your palate and your fancy. We have a slew of watering holes — from sports bars to breweries — where you can dance your pants off spots, all waiting to make your night more than Instagram-worthy. We also have our fair share of brag-worthy museums.

The one thing we have lacked was a bowling alley. But that’s been remedied now, too.

Last week, we gave you the heads up that upscale-bowling-alley-meets-high-end-restaurant Bowl & Barrel has opened for business in The Shops at Park Lane.

Well, last night, they finally did the whole “grand opening” thing with a huge party that afforded folks the chance to come out, bowl the lanes, preview the menu and drink some drinks.

It was a for-sure hit.

Their menu is pretty much flawless. Nothing about it will leave you looking for something more.

Their signature hot dog, the Sprout Kraut, was maybe my favorite thing from the night. It’s a hot dog covered in sauerkraut made from Brussels sprouts and a horseradish apple sauce. It pairs perfectly with their Hacker Pschorr Wiesse draft. Meanwhile, the Cornish Hand Pies were great. So too were their boards and dessert offerings.

And the actual bowling lanes are killer, too, finished out to feel as though you’re bowling in some rich dude’s house in a movie scene. One weird thing: The pins aren’t free-standing, instead attached to strings that help raise and lower them.

Still, we hear that all of Bowl & Barrel’s high-traffic bowling times are already booked through December, so maybe that’s not a huge deal.

This, of course, is is a huge deal: Bowl & Barrel will keep its lights on until 2 a.m., so you can go get your late-night bowl on. And, after looking through some of our pictures from last night’s affair, we think you’re going to want to go and do just that. 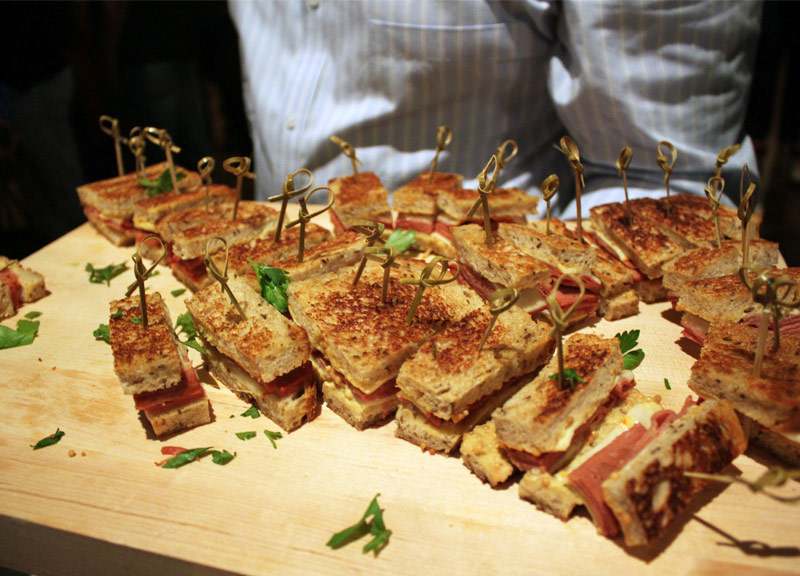 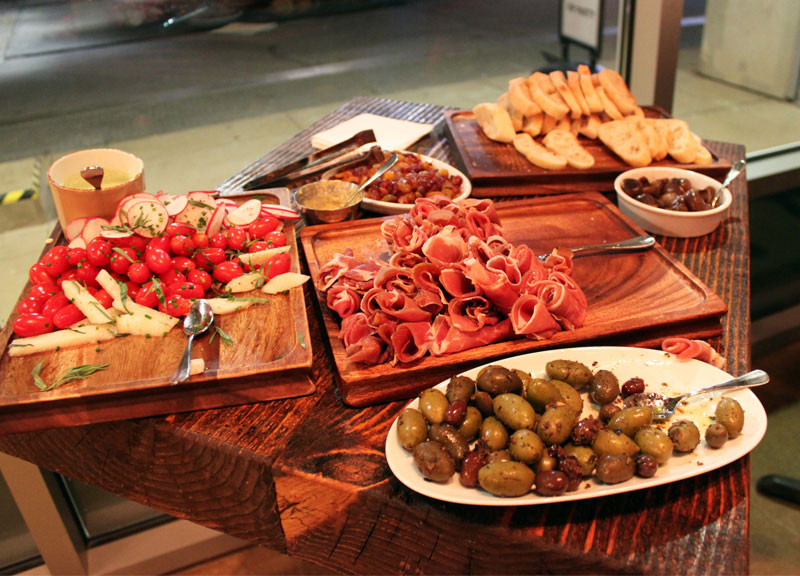 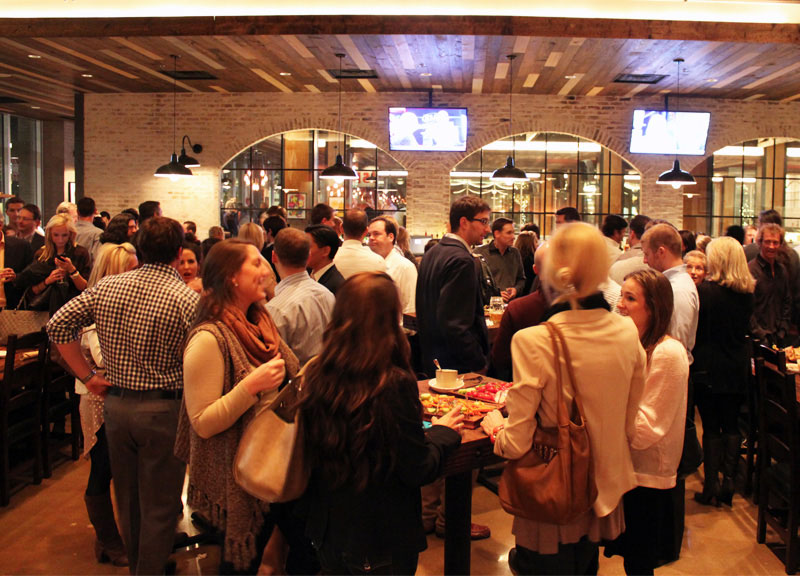 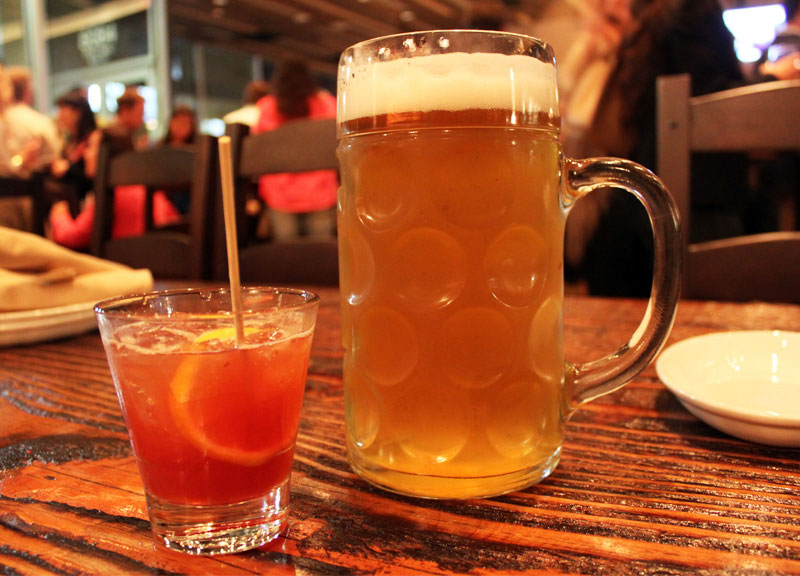 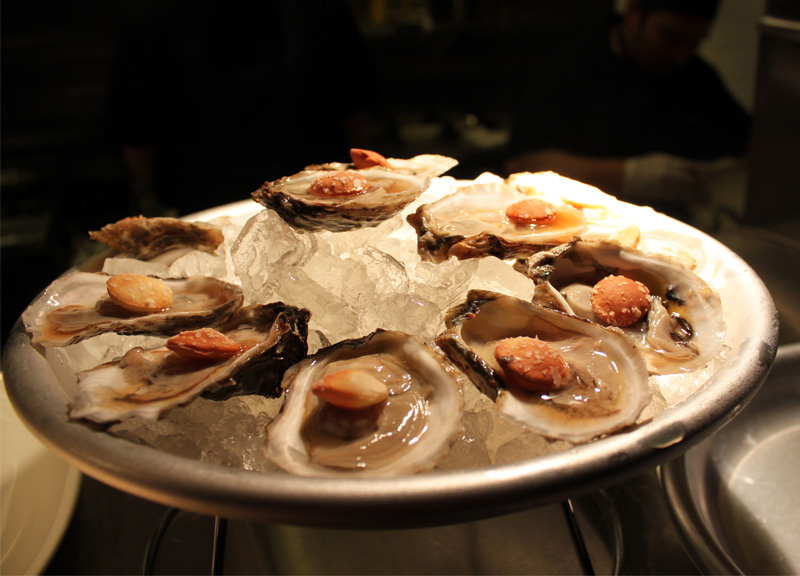 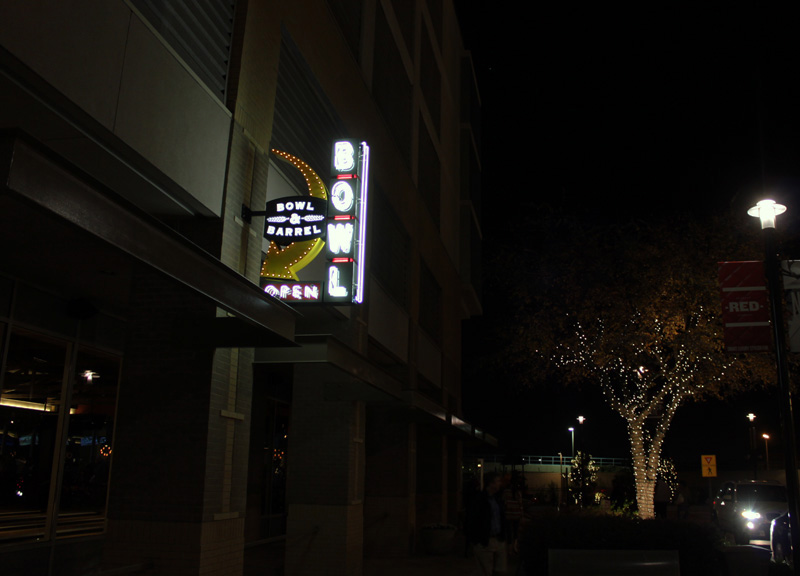 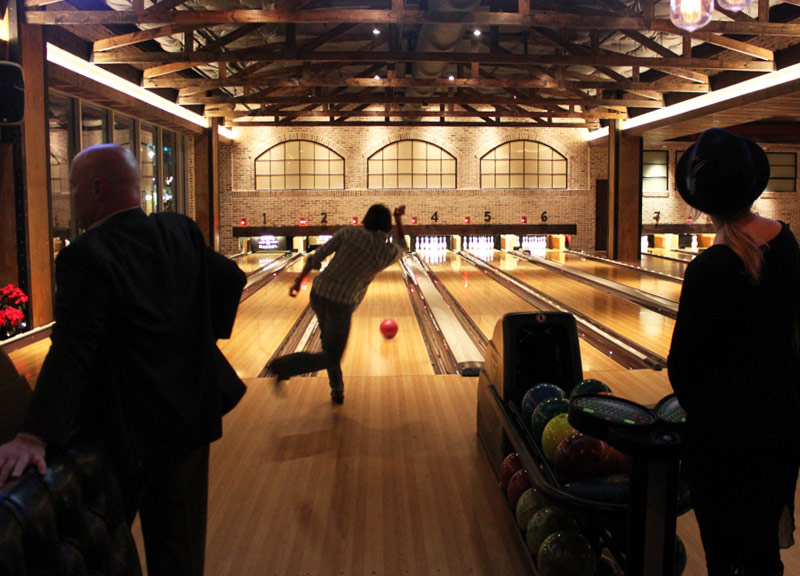 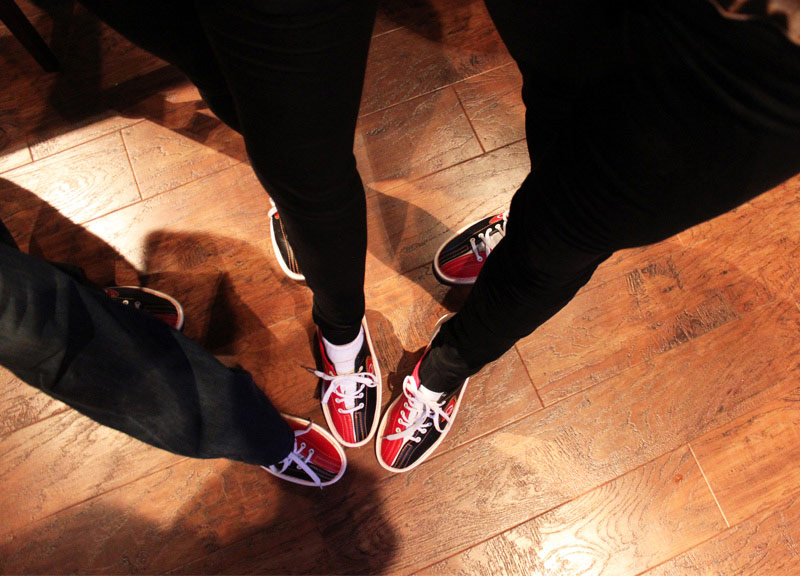 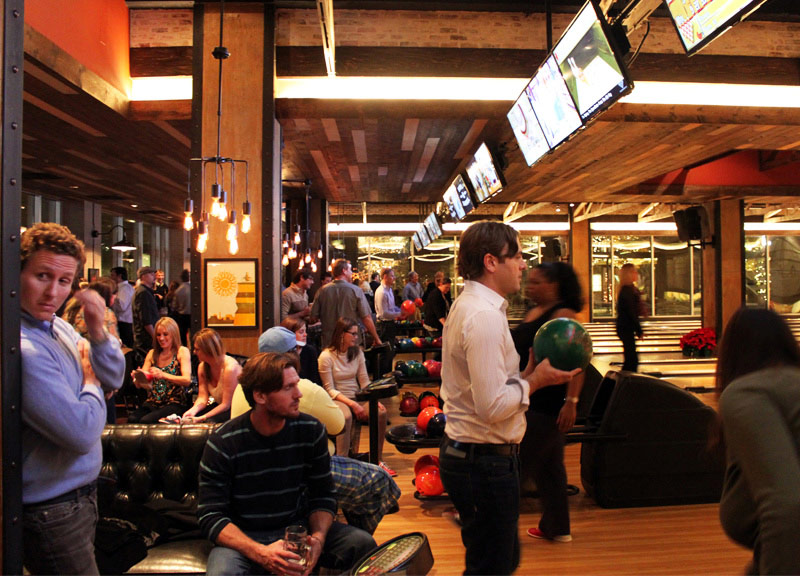 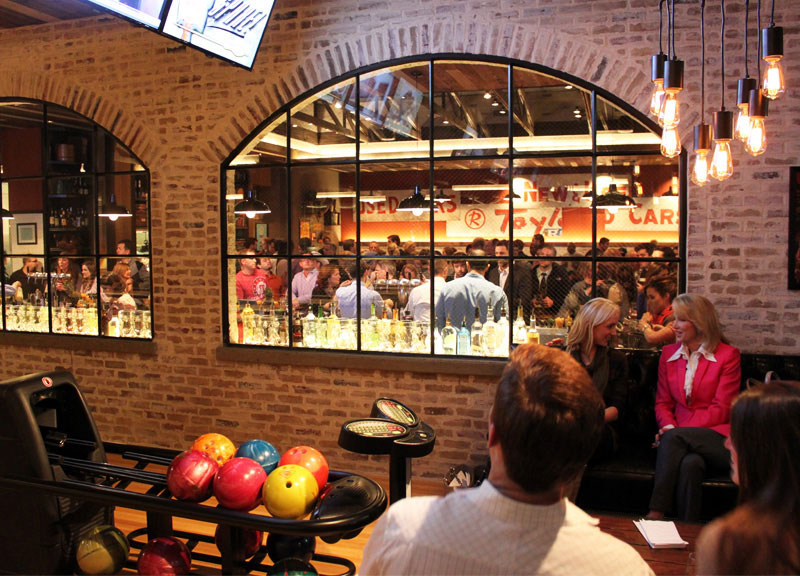 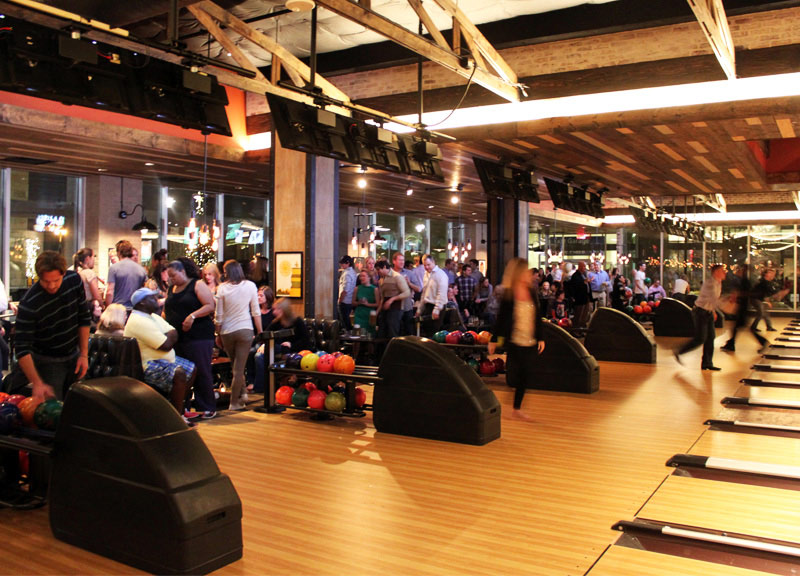 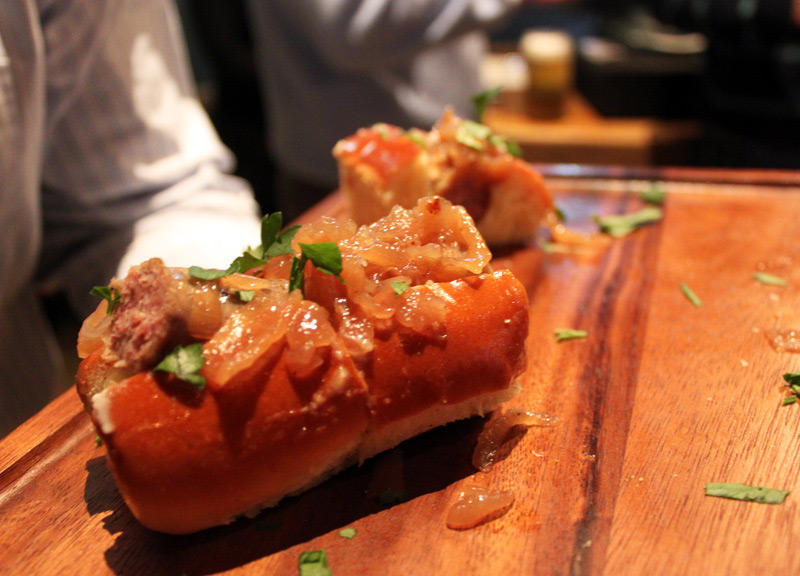 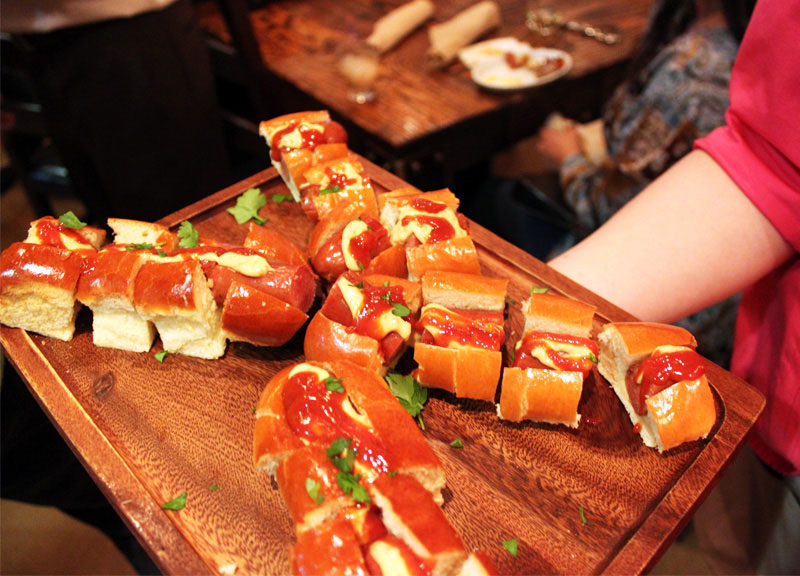