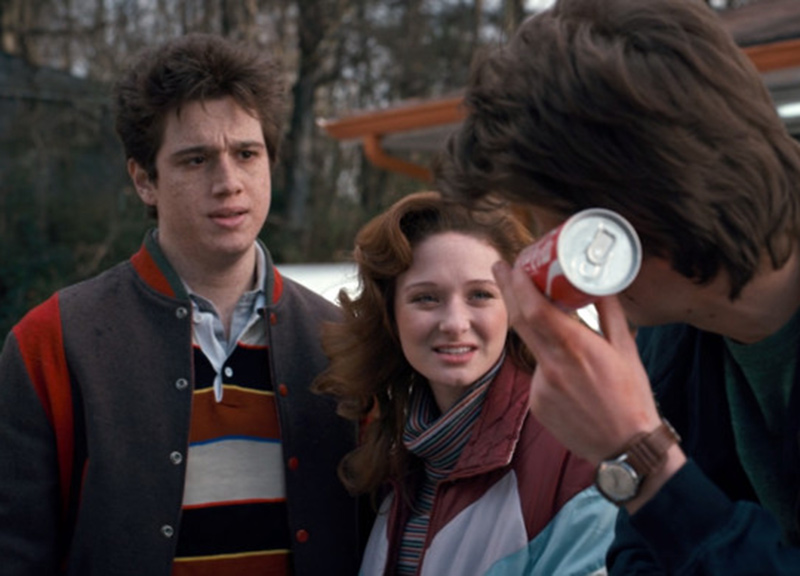 The Roanoke Native Behind The Worst Character In Stranger Things Isn’t Really A Bully IRL.

After weeks of trying, I finally reached Roanoke native Chester Rushing by phone while he was in Baton Rouge, where he’s currently working on a project that’s in development.

The shoot is near the areas of the state that have been dealing with severe flooding. And before the 20-year-old actor talks to me about his work on Stranger Things and a few of the other projects he’s been working on, he tells about the dire situation he’s seen in that area of the country. He describes how the cast and crew from his new project — he is mum on the details of it beyond that it’s a “comedy/horror” project “with some amazing people” — have been their using off days to pitch in where they can to help with recovery efforts and provide whatever relief they can offer.

“There were a few times on the road where it was really scary,” Rushing admits when talking about arriving in Baton Rouge. “You’re seeing houses half underwater, and I’m thinking, ‘Why did I come here for filming? Why is this happening?’ By my second week of filming, we took a break, and I realized maybe we’re here for a reason, maybe there are people here that you could help in some small way — lift them up just a little bit. That mattered. That was worth it.”

In real life, Rushing certainly comes off as a decent person. Not so on Stranger Things, though. In that zeitgeist-dominating Netflix series, he plays Tommy H., a character who has drawn as much ire as the show that contains him has earned adoration. Perhaps that’s no shocker: Rushing portray’s Tommy H. as a sneering, condescending bully — a true jerk who pretends not to know people he hung out with just the night before (RIP Barb), who charges his buddy for soda and who says “Boo!” at his victims as he walks past them. 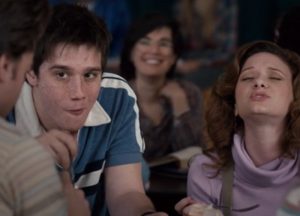 Tommy H. is, hands down, the most deplorable character on a show that is otherwise filled with literal monsters, covertly experimental government scientists and Winona Ryder.

But the real-life Rushing’s pretty alright, actually. I mean, if nothing else, he indulged our questions about what it’s been like to be a part of Stranger Things and what he’s thought about all the animosity that’s been (let’s just be real, deservedly) dedicated to Tommy H.

He also told me some about his work as a musician, and how he’s balancing that with his acting career.

Oh, and of course I asked him for some insight into Season Two of Stranger Things, too. Because, come on, who isn’t curious about what’s going to happen next in Hawkins?

OK, so this is an obvious question, but have you had a chance to watch your turn in Stranger Things since it was released?
Oh yeah! I’ve seen it twice.

How’s it feel to be involved with something that’s garnered so much attention from the public?
You mean as an actor, or as a person?

Either.
Somebody asked me the other day, and it caught me off guard, “How does it feel to be part of pop culture for a generation?” I was kind of taken aback. This was a huge thing. It was bigger than all of us. You don’t plan for something like this to happen, this show. Nobody plans for it. Everybody kinda hopes for it, but nobody buys a lottery ticket and goes, “Y’know what? This is what I’m gonna do next week when I win the lottery.” You kinda go, “Oh my god, I won! What the heck?” When a show is fantastic, and everybody’s putting in every effort they have, from the writers to the directors to the actors and the crew, the craft services, transportation, everybody… All of us just put all of this love into everything we did, all of our hopes into everything we did. And there was never a tired day on set. Every day was, “Man, we’re ready to make this project!” because everyone believed in it. And when that’s happening, how can you fail? And I think that transitioned to all of the viewers, how much we cared about this project. Being part of the show is such an amazing opportunity. It’s definitely opened a lot of doors, and helped me meet people I would’ve never had the chance to meet. 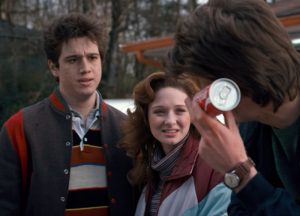 OK, so, this is a bit awkward, but your character was not so likable. He was maybe the worst character on the show. What’s that like? You’re in this visible part, but you’re such a negative character — and you’re getting Buzzfeed articles written about how horrible your character is. I believe they referred to Tommy H. as “human trash.” What are your thoughts on that?
Oh, man. I love it. [Laughs.] I absolutely love it. One of the reasons I love it is not only because it’s fun, but it gives me a bigger platform to speak out against bullying. Like, the day I read that Buzzfeed article about being one of the worst bullies ever in film or TV history, I was like, “Oh my god! I’m on my way to volunteer for a special needs event! Really?” It’s like, “Wow. Really, world?” It’s crazy. But most people don’t know that. They only know you between action and cut. Sometimes, when people dig, they get to the meat of it. But I think that’s a special thing, having that platform. Being those characters, it opens doors, it opens the doors to something so beautiful.

What’s the weirdest response you’ve seen in terms of responding to Stranger Things?
The weirdest thing for me is, uh, this whole, like, “Oh my God, you’re that guy!” thing. [With my Chester Rushing Band], we’ve played with really amazing bands, like Train and The Fray, and it’s awesome, but you’re far away. But now I’m in your face, in your home. I mean, I have a lot of projects lined up, but I was at Guitar Center, and this guy — like, this 20-year-old guy — screamed at me, “Oh my god! You’re on my TV!” But, like, loud. I turned around, like, whoa. And he’s still going: “Oh my god, you were on my TV! I’m sorry, I know that was immature, but I love your show.” I was just like, “Oh, thanks, man!” He was like, “No, you don’t understand. I’ve seen the show like three times.” And it had only been out a week. And then his other friend came out and was like, “Hey, are you talking about Stranger Things?” And the first guy was like, “Yeah! And he’s Tommy H!” And that guy went from that energy of, “Oh, wow!” to “Oh yeah! You’re in that. You are!” It was really funny. We stood there for like 30 minutes and talked, and took pictures, and it was amazing. That was the first time I saw somebody have a moment. That was weird, but it was cool.

You talked about music. I know your band played at the Deep Ellum Arts Festival this year. Can you tell me a little more about your music career?
Absolutely. It’s been a ride. This new record I have out now is called Halfway Across the Stars. You can get it on Bandcamp, iTunes, major outlets. It’s wonderful. My single is called “Color of Sound.” There was a remix done, and for a limited time, I’m giving it out, so anybody that wants to go listen to it on YouTube and download it, they’re able to do that. In this age of music, where everybody’s stealing something, I was thinking, people are going to take it, let’s just give it to them. [Laughs.] I had that kind of mentality. But all the same, y’know, maybe there’s people who can’t afford it, but want to have a good time. I recently went to the Dominican Republic. In America, we don’t really notice everything that we have, especially with me. I’ve had some pretty moderate to major success in Europe and the outlying countries to the United States. I remember one night we were at a club, having fun and dancing, and all of a sudden one of my songs came on, and everybody lost their minds. Randomly, the DJ decided to play one of my songs, and everybody just knew it. And it blew my mind.

Do you ever feel like acting and music work against each other?
No! They never work against each other. I mean, y’know, when you’re walking up stairs, I’ve got this one leg that’ll go up first, and this other leg that’ll go up higher. You don’t ever stop in the middle of the stairs and go, “Oh, man! What if one of my legs just stops!” Y’know? “What if my leg gives out, what if I fall down stairs?” You kinda just go with the rhythm, and the beat. You just keep on stepping, keep on stepping, just keep on walking up. Everything in life, whether it’s music, whether it’s acting, whether it’s bagging groceries, you always have those things that coincide that help you keep going. Each one has a different feeling. Acting is amazing. I love it, I love being on set. Music has such great things about it as well. The feeling of the crowd, where you’re playing and everyone’s losing their minds, and you stage dive or something. For that 45 minutes, you’re a hero, you’re a star! When I’m doing a movie or a TV show, I gotta wait a few months or a year to get a reaction to anything I’ve done. They’re still equally amazing.

This a long shot, but is there anything you can tell us about the second season of Stranger Things?
Y’know, I can’t talk about it, because I don’t know anything about it! But things look very hopeful. The show is doing great, and all I can hope is that the people that are so interested in Season One come back again for Season Two, and continue their support — because I guarantee whatever the Duffer Brothers and Netflix put together, it’s going to be incredible. And it just might even be a little better [than Season One]! 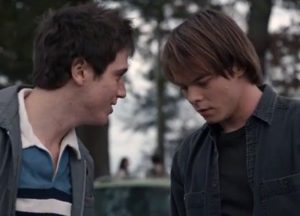