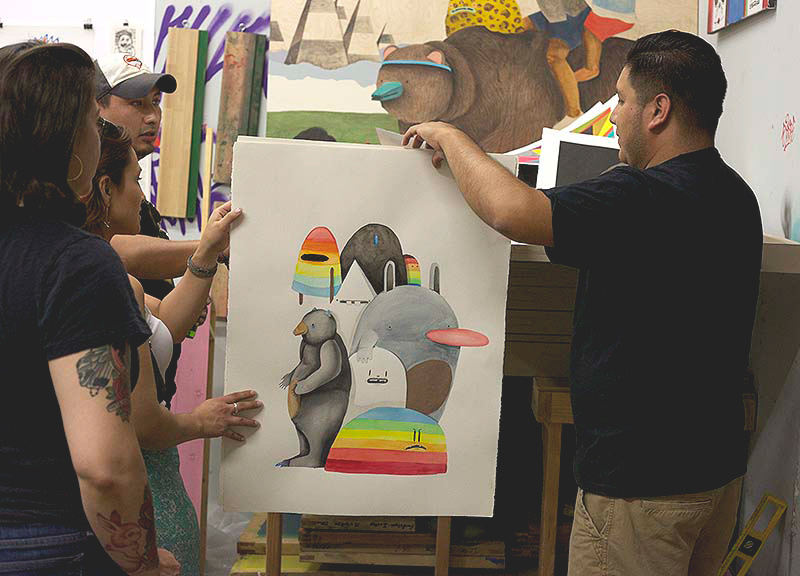 Scenes From The Sour Grapes Crew’s Open Studio on Saturday.

It’s not just that the artists allow the attendees of their open studio affairs to rummage through every aspect of their space across from the Belmont Hotel at 801 Seale Street that makes these affairs so remarkable. It’s the fact that they outright encourage such snooping. It’s kind of a stark change from the behavior one’s expected to display at more standard art-inclined affairs — and one that can take some getting used to, as was the case this past Saturday at the collective’s most recent event.

At one point, an onlooker going through one of the artists’ drawers was spotted getting bashful all of a sudden. She pulled back, shocked at her own cavalier attitude.

“I feel like I’m going through somebody’s stuff!” she exclaimed.

But, really, she wasn’t. Not at all. She wasn’t being rude, nor was she being invasive. She was just playing her welcome role in these festivities.

Perhaps it this kind of welcoming spirit that has turned the Sour Grapes graffiti and artist collective into a fairly well-known entity of late. This attitude, you’ve got to figure, at least in part explains the number of serious art buyers making big purchases on Saturday. And I really do mean big ones: One couple drove all the way up from Houston to see the studio and snag some watercolor paintings from Carlos Donjuan, whose work, you may recall, had recently been featured in Juztapoz magazine. And Donjuan was more than happy to walk the two through his closed drawers of work and archives.

There were more cheaper thrills to be had too, though. From Arturo Donjuan’s barber seat in the back to the little room filled with Sour Grapes customized apparel to the large open studio space (and all of it’s nooks and storage drawers), people were welcomed and greeted with kindness everywhere they turned. A few people even got some ink done from legendary tattoo artist Boog. Pretty much everyone, meanwhile, chowed down on the provided food and drinks while being encouraged to mingle, to ask questions and to get their fill of signature work by the Sour Grapes crew.

Throughout the studio, there were finished works and in-progress works. And, in addition to paintings of all sizes and mediums, there were sculptures, mixed media works and heavy hand-lettered pieces everywhere. Each artist had their own style, to be sure. But one thing they all shared was their magnificent use of color. If there’s one thing the Sour Grapes crew knows, it’s how to compose their work with a certain kind of vibrancy.

And it paid off: Ricardo Oviedo was selling quite a few of his limited edition METHS prints; Carlos Donjuan, as previously stated, was busy selling off all sizes of watercolor paintings; and Miguel Donjuan was selling quite a bit of his work, too, both old and new.

“I finished that one last night,” Miguel told me about his “Don’t Trend on Me” piece.

Another piece from Alejandro Diaz-Ayala was being especially drooled over by a few onlookers. And Eddie Castro’s handcrafted wooden sculpture characters were also selling well.

It helped that most of the artwork was reasonably priced — the idea being that every penny would go right back into the cycle of buying supplies so the crew could make yet more art.

The overall vibe throughout the night could be described as nothing other than chill, really.

Sour Grapes has always thrived as a family, so it made sense that they would treat their fans as family, too. As the affair drew to a close, handshakes and hugs were exchanged — and a helluvalot of art was sold.

Even fellow graffiti artist Tony Bones dropped in. So, too, did some members of Dallas’ Track Meet DJ collective.

All in all, it was a good night for the Sour Grapes crew and the city they’ve worked and lived for. 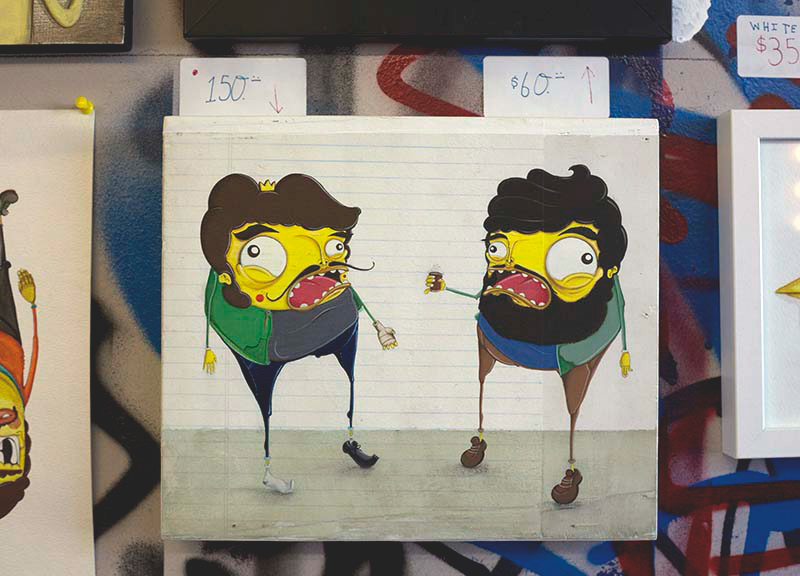 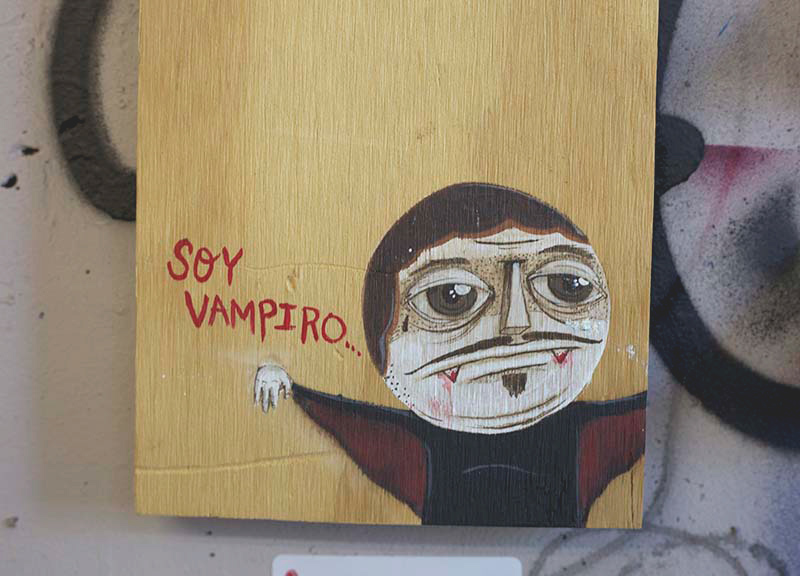 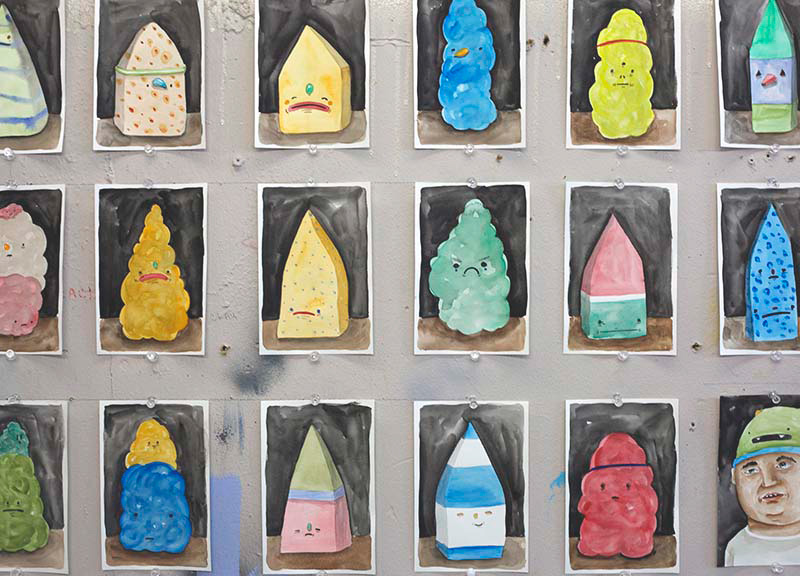 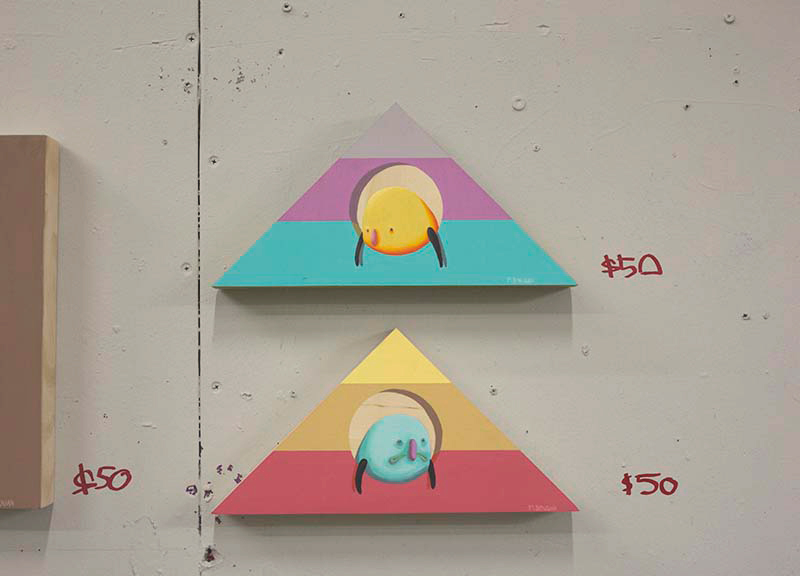 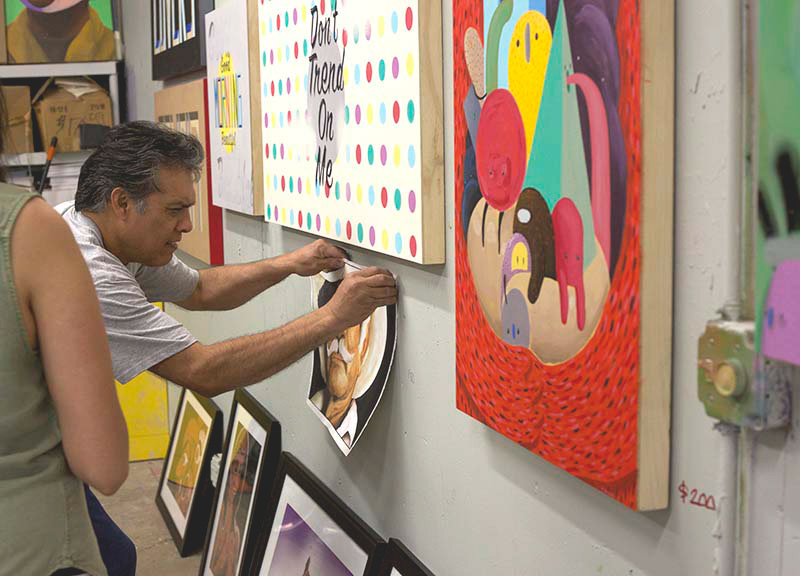 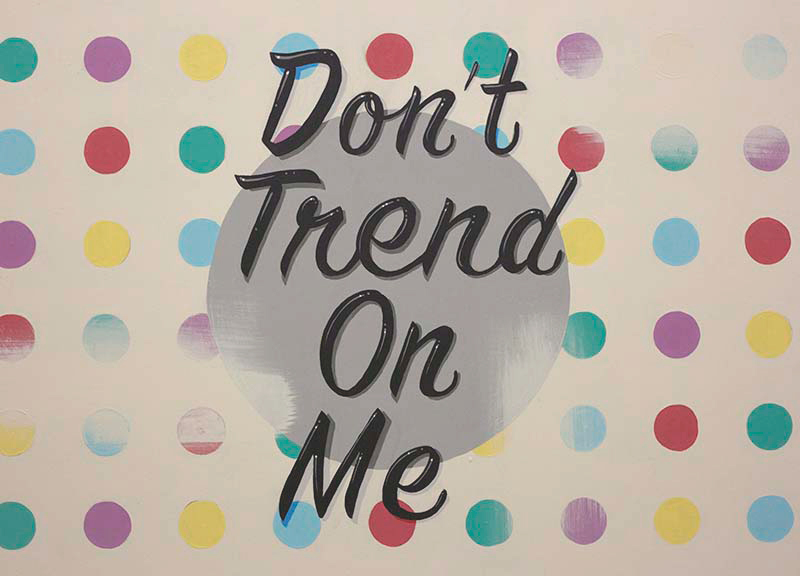 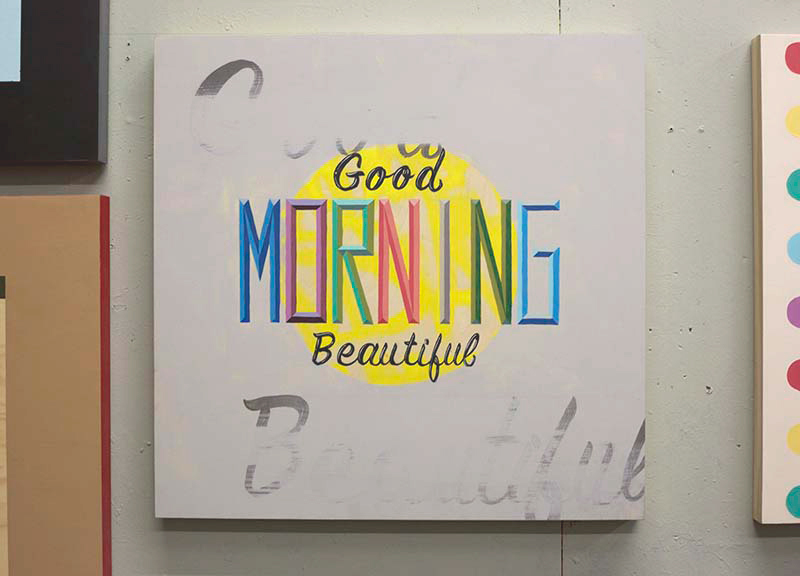 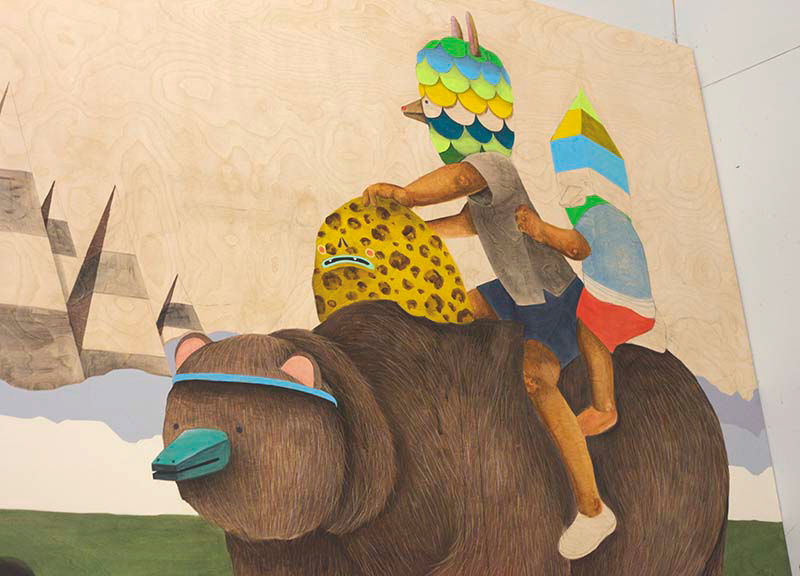 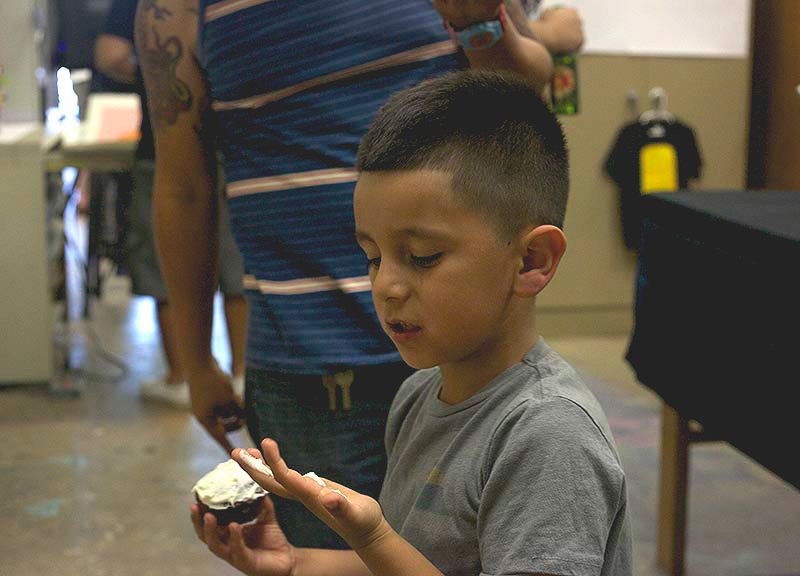 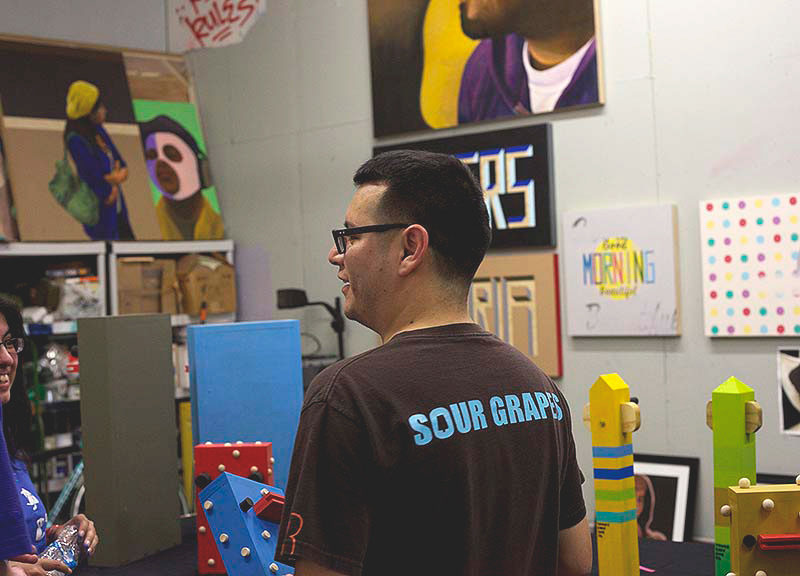 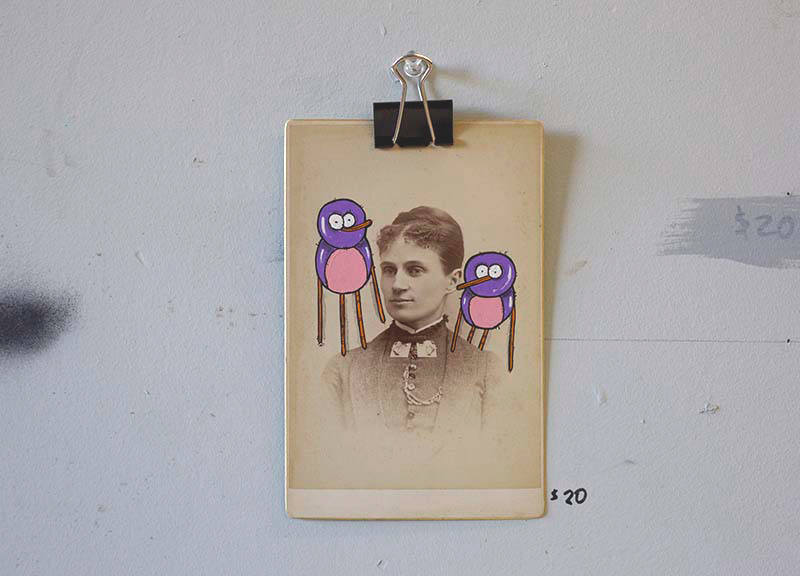 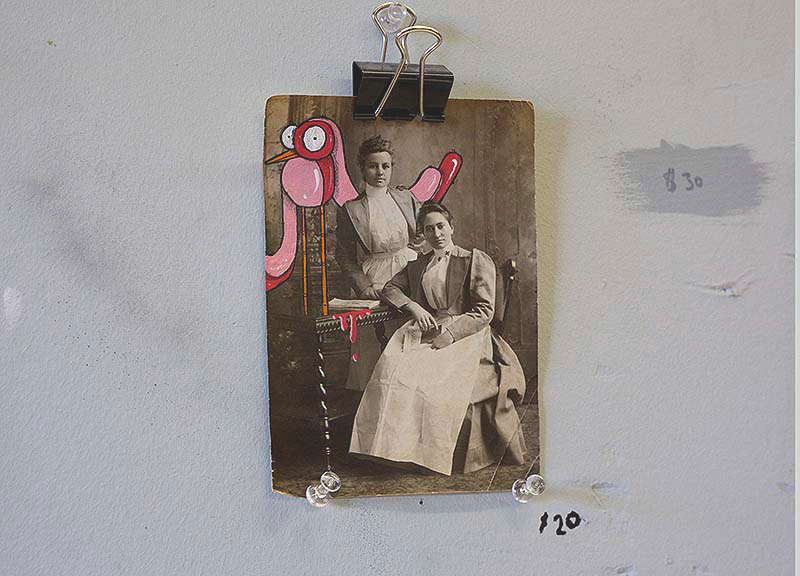 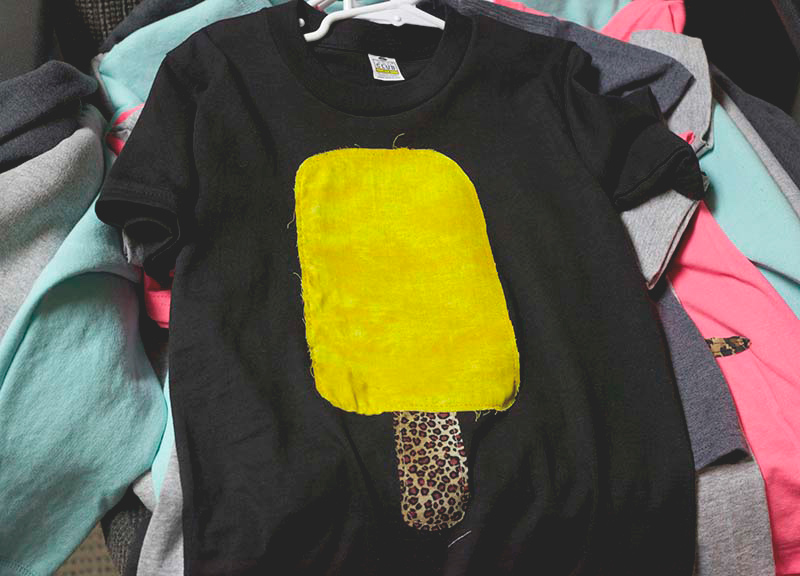 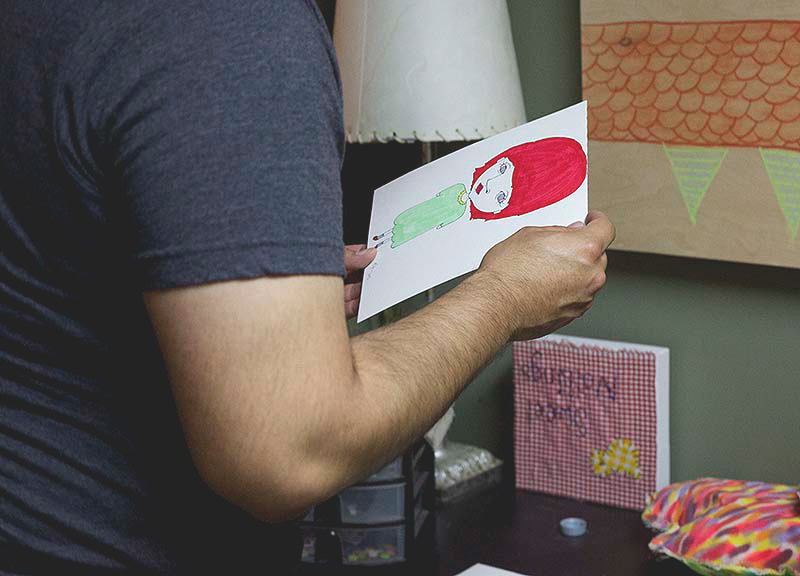 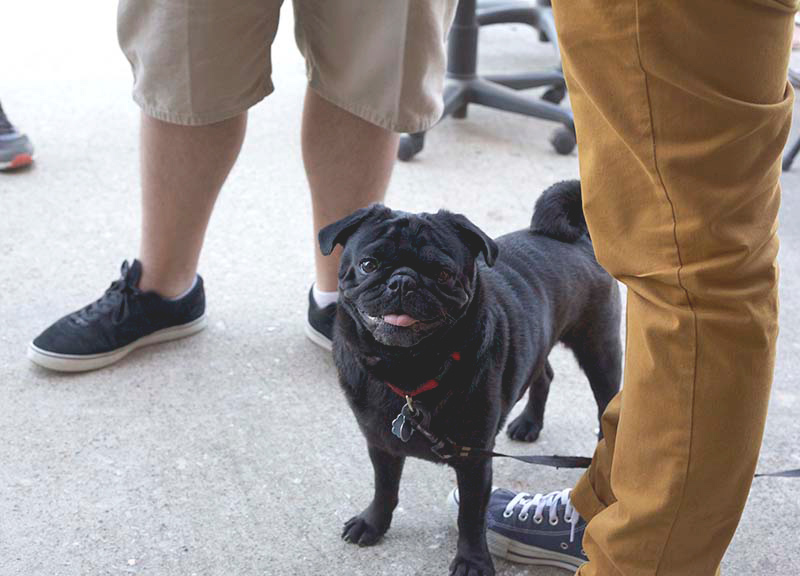 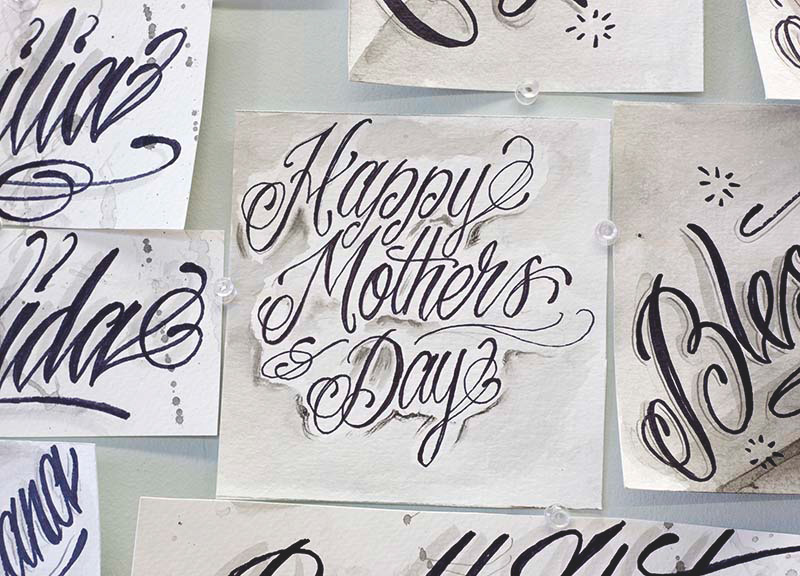 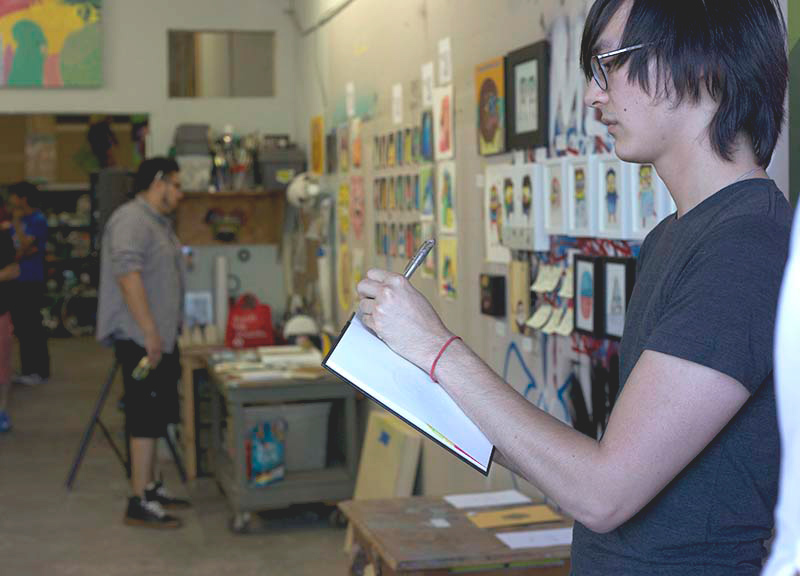 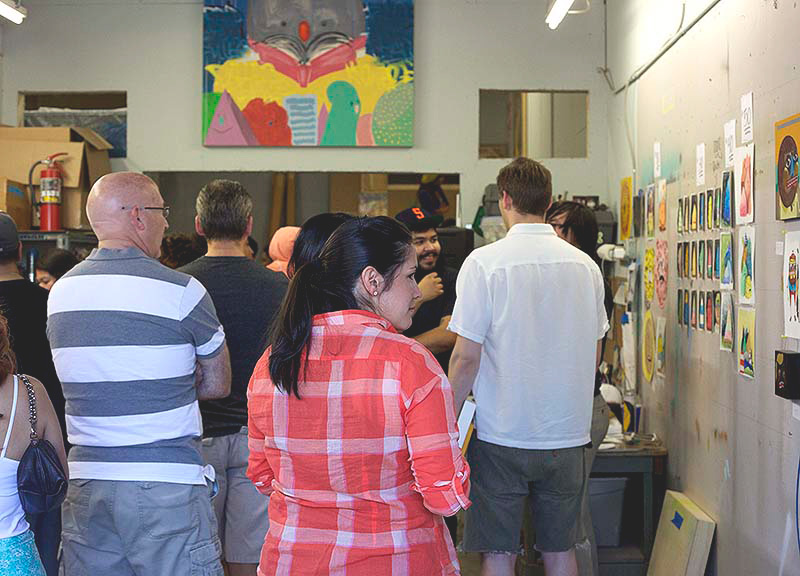