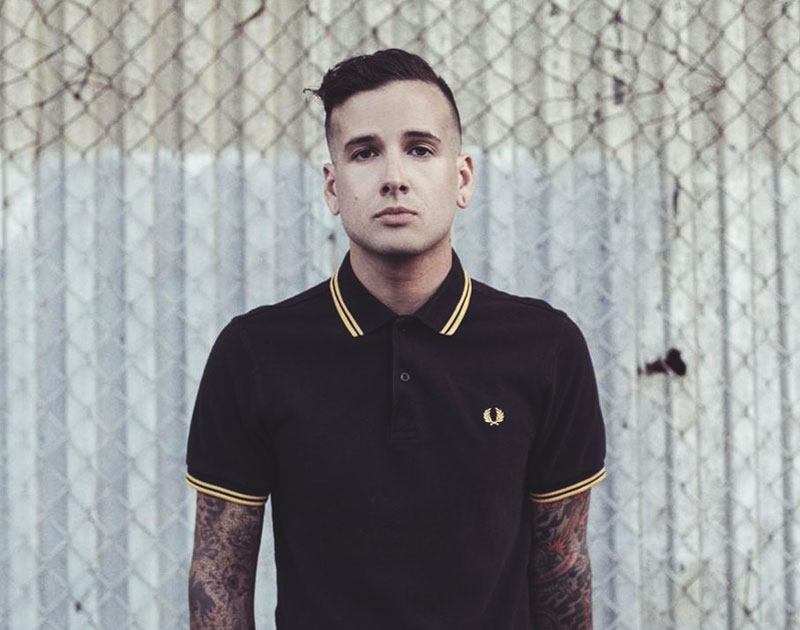 T.Y.E — 32.
RIYL: Exercising your demons.
What else you should know: We’ve been high on this opera-singer-turned-rapper since long before naming one of his singles our favorite local song of 2016. Now we have a bunch more T.Y.E to gush over, as his full-length debut is out today via Passion of the Weiss’ label. “32 is one big anxiety attack,” T.Y.E told The FADER this week. “It’s about my pursuit of love and happiness while dealing with mental health and environmental distractions that leave me vulnerable to depression. It’s about lies, misguided opinions from loved ones, and a slight sex addiction that triggers unwanted, unhealthy stress. All of it leaves me alienated from my peers and loved ones — exacerbating my suicidal tendencies and ultimately driving me deeper into bi-polar depression. Ironically, the only thing keeping me from giving in to suicide is the thing that drives me towards suicide in the first place: the pursuit of love and happiness.” We’re also pretty stoked to co-present his album release show tonight at Dada, as part of a lineup also featuring Big Tuck, Curtis Mayz, Devy Stonez, GUN, bemyfriend and some other special guests.

Gensu Dean & Wise Intelligent — Game of Death.
RIYL: Teamwork.
What else you should know: After a pair of collaborative albums — RAW with Diamond D, Georgia Anne Muldrow, Conway, Homeboy Sandman, and Whole Food with Denmark Vessey —  Gensu Dean is back with another joint effort. This one’s a Universal Science-themed collection, recorded over a six-month span in Atlanta, with help from Wise Intelligent. The album’s title isn’t an anagram for G.O.D. by accident.

Siberian Traps — Indicator.
RIYL: The Fort Worth Sound.
What else you should know: I feel like I caught a little flack for talking about the quote-unquote Fort Worth Sound in reference to this album’s first single when it dropped a few weeks back. But I’m sticking to my guns here. If Jordan Richardson, and by extension, these guys exude the Fort Worth Sound, I was asked, then what does the Dallas Sound sound like? Not to back down, I’ll argue that there certainly is one, and that there’s a Denton Sound, too. The former has all the thumbprints of producer Beau Bedford all over it, while the latter is most anything coming out of Matt Pence’s studio. Boom.

Larry Legion – “Larry Legion II.”
RIYL: The Dark Side.
What else you should know: Maybe my favorite of musichameleon Daniel Markham’s many and varied side projects is this black metal output that he goes full-on alter ego for. There’s always a bit of melancholy/darkness to Markham’s projects, be they acoustic for totally rocking — but never so much as when he completely lets out that pent up aggression with these metal records. Hear the rest of the new album here.

Rex Brown – “Train Song.”
RIYL: The lighter side.
What else you should know: For a couple years now, Pantera bassist Brown has been teasing a crowd-funded solo record he promised would sound a whole lot more like Foghat than his famous metal band. Now, the Nashville-recorded effort is almost out for real, and there’s a heavy new single to prove it. Taking up guitar and lead vocal duties this time around, Brown’s “Train Song” falls somewhere between glam and classic rock, filtered through the heaviness we’re more accustomed to hearing from him.

Children of Indigo – “Let It Rain.”
RIYL: Funk soul brothers.
What else you should know: Per a profile in the Observer this week, this funk-soul outfit wrote more than 60 songs for this project. That was paired down to a manageable number of tunes that was then recorded and will be available for purchase at a June 15 release show at Sundown. But you can check out the first single right now.

Elijah Heaps – “nevercomedown.”
RIYL: Long distance relationships.
What else you should know: Last Friday, Denton rapper Elijah Heaps released a new 10-track project, All This Time, Nothing To Spend It On, with help from California-based producer Nedarb Nagrom, who he’s never met IRL. Read more about it over at The Dentonite.

Lord Byron — “No Security.”
RIYL: Loosies.
What else you should know: Less than a month after dropping a pretty great experimental hip-hop album, LD BY is back with a loosie. It’s another little lo-fi gem that doesn’t sound like it was left over from May’s We Kill Cowboys, So Death Rides A Horse. Rather, it’s just more greatness from the typically prolific artist.

Teenage Sexx — Jesus Christ.
RIYL: Punk.
What else you should know: The Loafers’ little brother band – which also previously spent time in Waco – has been called “a punk band to follow if you don’t like punk.” I’m not really sure what that means, though, because they are a punk band. And if you do like punk bands, you will probably like these dudes. People that like pop-punk might like them, too. But, then again, that’s still punk, technically. People that like ‘90s alt-rock might like them, too. So, I guess what it boils down to is that Teenage Sexx is a punk trio to follow if you do like punk, pop-punk, ‘90s alt-rock or any of its offshoots. This new EP is a good place to start.

Wiccans — Sailing a Crazy Ship.
RIYL: Dirtnap Records.
What else you should know: Formerly featuring a member of Parquet Courts, and currently featuring members of Radioactivity, Institute, Bad Sports, Video and others, this Denton-sprung and currently Austin-based project has evolved over the years. These days, they’re more wild and hardcore than ever. The LP they released today was co-produced by Marked Men/Radioactivity cohorts Mark Ryan and Jeff Burke, and was released via Dull Tools, the label co-owned by Parquet Courts’ Andrew Savage and his old Fergus & Geronimo bandmate/current Future Punx guitarist Chris Pickering.

Luke Jr. “Make You Feel (Remix).”
RIYL: Drinking out of stacked Styrofoam cups.
What else you should know: This is a remix of SmokePurrp and Riff Raff’s “How That Make You Feel” done by Herrick & Hooley drummer Luke Jr. It’s a little more electronic than your standard H&H fare, and it’s definitely cool to hear the boys tinkering with new sounds.

C Struggs – “36 Oz.”
RIYL: Struggles that are real.
What else you should know: The members of Outkast have often credited their practice of rapping on treadmills to help them with things like breath control while performing. I’m guessing C Struggs hasn’t seen that episode of Behind the Music yet, though, because out-of-breath delivery is pretty much his entire aesthetic.

Mystery Skulls — “Music.”
RIYL: Music, I suppose.
What else you should know: In something of a surprise move, the producer born Luis Dubuc and formerly known as The Secret Handshake dropped a new single today to tease a new electro-disco album he’s gearing up to release. It’s the first stuff we’ve heard from him since his debut LP hit No. 1 on the iTunes dance charts back in 2014. Once you get past the idea of music that repeatedly tells you it’s music, it’s a quite promising hint of what is in store.

Lost Balloons — “Paint.”
RIYL: The other side of the coin.
What else you should know: Lest you’ve forgotten, Lost Balloons is a side project from the aforementioned Jeff Burke (Mind Spiders, Radioactivity, The Marked Men and a few dozen more). It’s maybe his one project that doesn’t sound remotely like any of the others, as it treads into a poppier, lo-fi acoustic rock territory. But it’s a great change of pace, and we really enjoy this side of him quite a bit. The full album drops next Friday, so keep an eye out for that.