Loafers Meets Crocs? This Dallas Brand Is Gonna Be Huge. 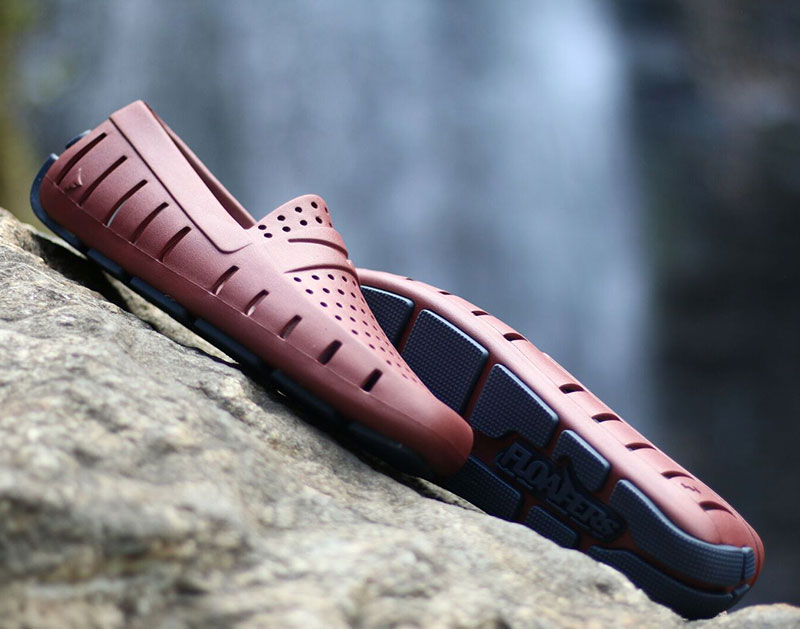 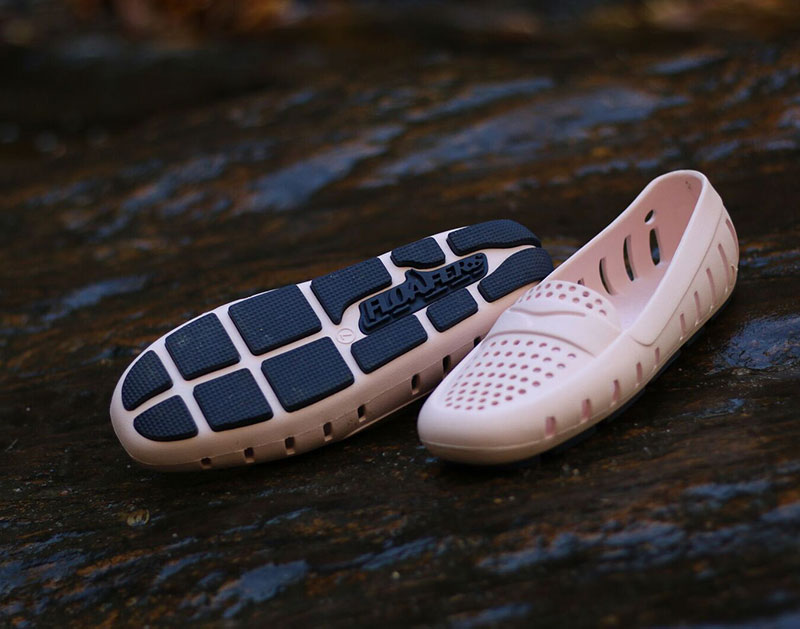 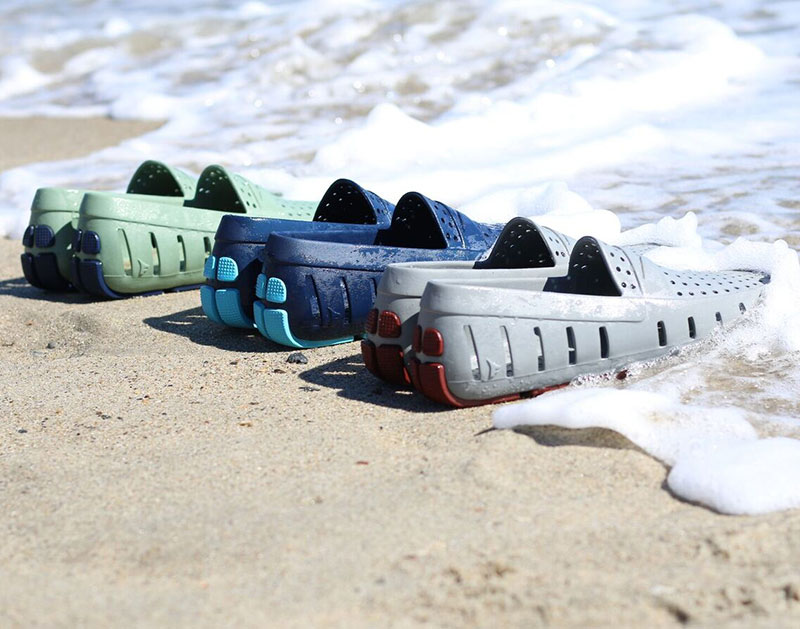 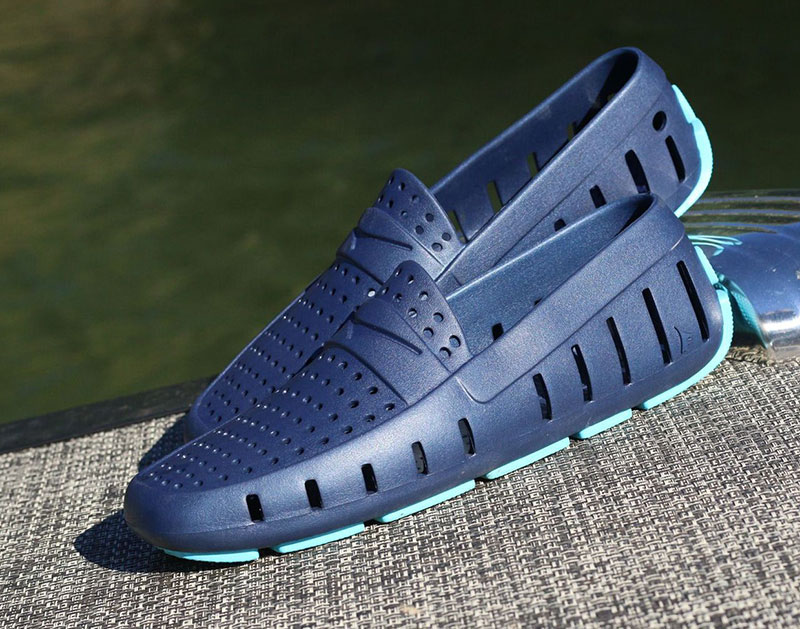 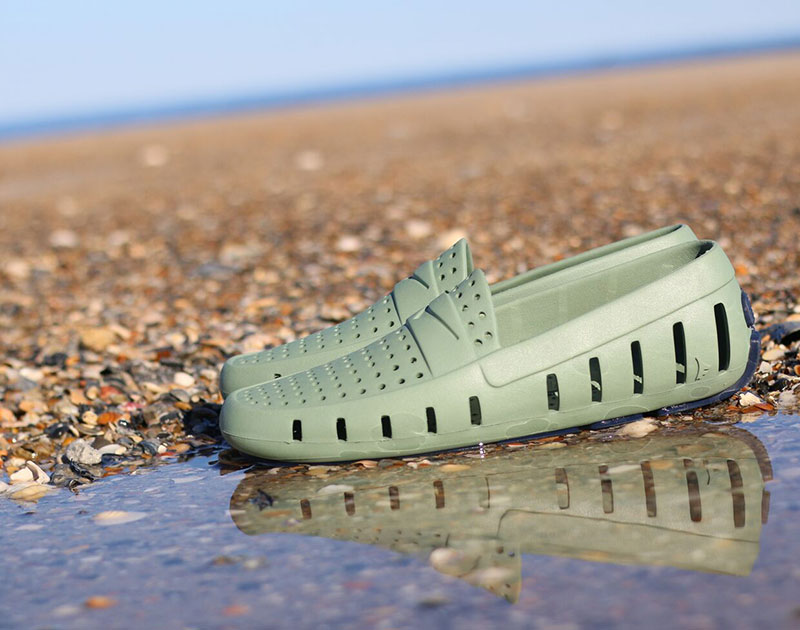 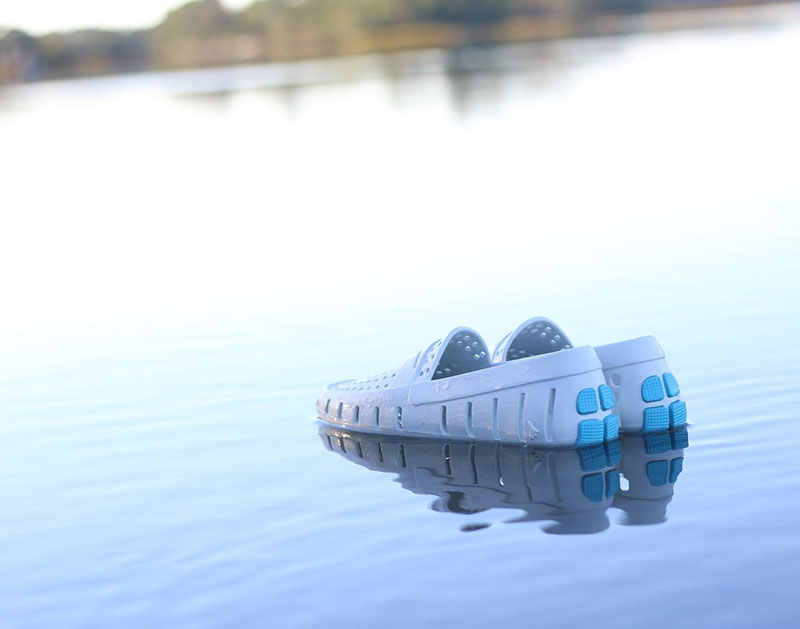 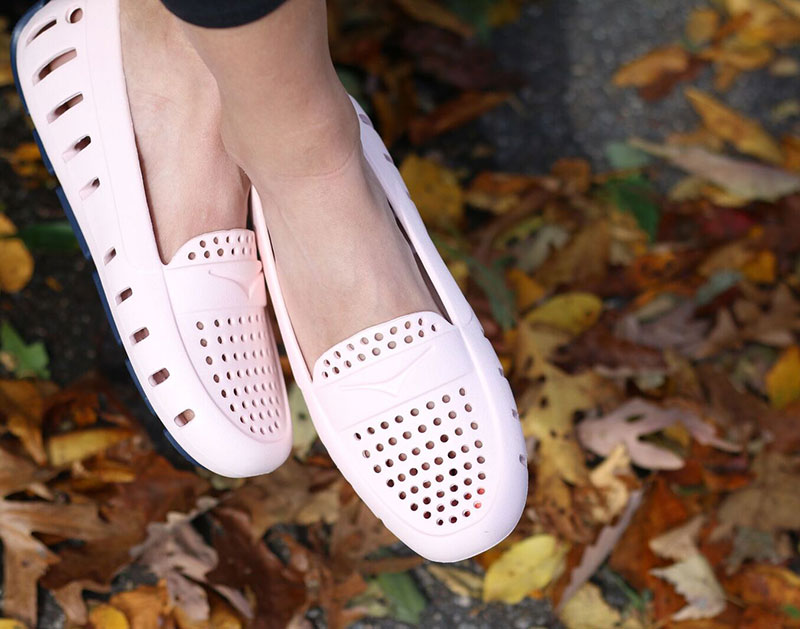 Far too often in fashion, form outweighs the notion of function. But a new Dallas shoe company called Floafers is hoping to flip that script with a new highly functional footwear concept that focuses far more on form than the competition it’s likely to face within its niche space.

Think of Floafers as the marriage of driving loafers and Crocs. That’s how Floafers CEO Hayes Brumbeloe thinks of them, anyway, after having been inspired to create this shoe concept when he couldn’t find a water-resistant shoe that wasn’t objectively nasty to look at. What he came up with was a footwear idea that merged the comfort of a buoyant foam shoe with the sleek and simple silhouette of a loafer — a kind of footwear that could possibly pass muster in a boardroom or while out grocery shopping but would undoubtedly turn heads at the beach or on a lake.

Built around a core of EVA foam — a lightweight, waterproof and anti-microbial material — that provides the kind of comfort for which Crocs have become so notorious, Floafers’ soles are made out of a slip-resistant TPC rubber that specifically was added to make the shoes ideal for wearing around wet surfaces. Vents strategically placed throughout the foam body also serve a specific purpose, making Floafers both fast-drying and breathable.

It’s a simple concept, perhaps — but so are all of the most genius ideas, aren’t they? That Floafers seems primed for success isn’t just theoretical, either. After announcing their brand with a Kickstarter crowdfunding that sought $30,000 in funds to get the company off the ground, Floafers reeled in more than $137,000 in support from customers who were smitten with the idea of fashionable, comfortable and water-friendly footwear. Then there’s the fact that their brand has also caught the attention of some high-profile investors, including Shark Tank‘s Daymond John, with whom the company is currently discussing possible collaboration opportunities.

#Throwback to a few weeks ago when we had the honor of meeting @thesharkdaymond and speaking about our product ?? ?? What an amazing night! The future is bright for @floafers , stay tuned! #floafers #fashion #entrepreneur #startup

Impressed by what we’ve seen from the company to date, we recently caught up with Brumbeloe and his COO Daniel Rubertone to discuss how their unique shoe idea came to be, what the process of bringing an idea like this to market has been like and how they plan to push the Floafers brand forward following its formal launch next month.

Can you tell us how you first came up with the idea for Floafers?
Brumbeloe: About 3.5 years ago, my wife and I were in the Bahamas. I love wearing loafers all the time, but I wanted to the utility of a Croc, but a driving loafer. I tried googling something like this but I couldn’t find anything on it. I majored in entrepreneurship in college, and I started doodling designs. A buddy from college started a design firm and helped me from the jump. Dan wasn’t even completely on with us, but he thought it was a hell of a product. Some people might not vibe with it, but if something like Crocs can build a billion dollar empire, then we have to think we can do the same thing.
Rubertone: I definitely always wanted to always be self-employed. So when Hayes showed me the idea, I saw that it went from an idea to a drawing, and a drawing to a 3-D mold. Seeing it come to life made me think it had some legs. A lot of people look at our shoes and associate it with Crocs. I fell in love with the idea immediately, and Hayes saw my skill set and saw it’d be a good idea to partner. Two and a half years later, here we are.

How long was the creation process as a whole for the product?
Brumbeloe: Long. With any EVA (ethyl vinyl acetate) product, it’s based off a mold. It’s a long, expensive process. We start out with CAD (computer-aided designs), then turned them into 3-D models, which turned into wooden mock ups, which are essentially a more-detailed 3-D print. Once the mock-ups come, the actual process of starts — and then you’re making thousands of shoes. It’s been at least a year and a half from going to designing on CAD and fixing the flaws and sizing, and then finally getting into the final stages and the wooden mock-ups coming in. You make sure the sizing is correct, and then you go into the molding process. Once the molds are made, it’s literally just producing shoe after shoe after shoe.

How did living in Dallas play a role into the creation process?
Brumbeloe: The main thing that Dallas played into was definite product distribution. From the beginning, we always knew Dallas was going to be the headquarters. It’s in the middle of the country. To be honest with you, the driving consumers of driving loafers and boat shoes are in the southeast, which obviously includes Dallas. A lot the manufacturers here are fantastic. Greek life also definitely plays a big role in the sense that people wear these driving loafers and boat shoes like crazy, especially in the South. For example, people in Florida wear boat shoes a lot because of the yacht culture that surrounds the coast. The popularity of the shoe isn’t just based on the design, but the utility and versatility as well. Look at the Croc — it’s a Norwegian clog. That’s not a very popular shoe, but the EVA foam aspect is what everyone loved. We took the utility of one thing and the design of another and pushed it together.

So what made you decide on the price point? I looked on your website, and thought to myself $40 is crazy! I honestly figured that these would cost $70 to $80…
Brumbeloe: Price is extremely important to me because I wanted a high-fashion shoe with an affordable cost. The impression I want is for people to be blown away by the price being so low. Most people assumed it would be between $60 or $70. A good pair of driving loafers will cost at least $80 to $90 —  and only on sale. The idea of Floafers is high fashion at a low cost, a high-quality product that looks fashionable and expensive, but isn’t.

If you had to pick between the two, which do you think is more important to you? Functionality or design?
Brumbeloe: I can’t say that utility is more important than design or vice versa. It’s an even 50/50. You can have the ugliest shoe in the world, yet be super comfortable — just as well as the best-looking shoe but making your feet bleed. We’re asking customers to ditch their preconceived notions of foam footwear — without thinking of Crocs. Floafers are a beautiful blend between fashion and comfort. Sometimes you have to pick between one of the other, but in this case we have both.
Rubertone: The way I think of it, it’s the ideal shoe for the fashionably conscious recreational consumer that is basically looking to enjoy the activities they love in style.

Next month, you’re going to be formally releasing these. After that, what are your plans for the Floafers brand?
Brumbeloe: Well, after the big launch with men’s and women’s lines, we’ll be launching a kids line. We figure, once we get mom and dad on board, the kids will soon follow. We have a couple of other designs on board, but we really want to focus on the kids design next. The utility of the shoes provides an ease for parents when dressing their kids — especially when they’re on their way to school — as well as the look of being a lot more modern while also affordable.
Rubertone: We also are planning a new website to launch soon. This new website is going to be marginally better than the current placeholder we have now.

Photos courtesy of Floafers, which officially launches its brand in July 2017. Be on the lookout for updates on Floafers through their social media pages.