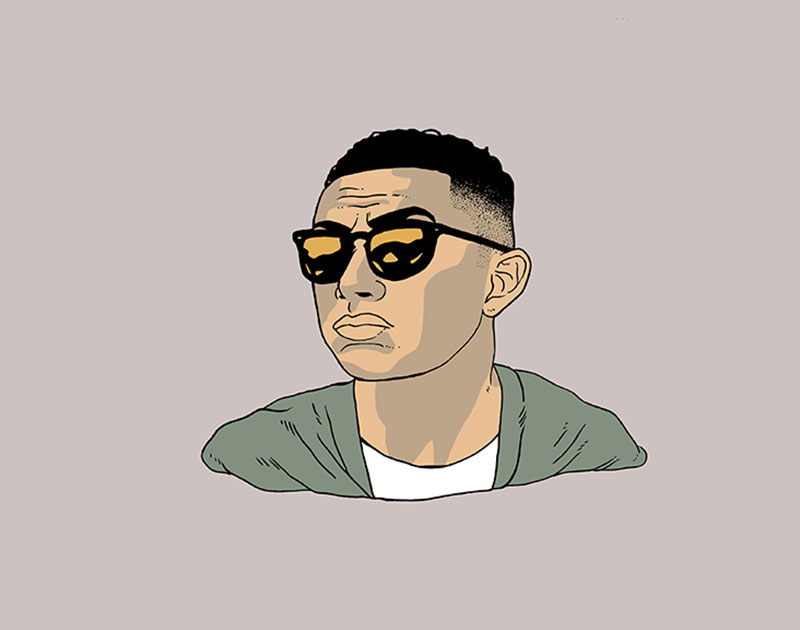 Picnictyme — “Patience”
RIYL: Waiting on greatness.
What else you should know: Picnictyme’s been promising a solo, full-length album for years now. No lie: All the way back in 2012, he released a two-song effort called Sirens that was meant to tease to a forthcoming LP called Sea Monsters — an effort he’d been hinting at for some time before even then. And yet here we are, still waiting. Granted, Pic hasn’t been silent over this stretch: The man who produced the greatest ever Dallas rap album, has kept busy through his work with Booty Fade (his collaborative effort with DJ Sober) and the rare loosie here and there, like 2014’s Sam Lao-featuring “Lift Off” and one of 2015’s best songs in “Burnin Up”, which have kept our minds racing about what fire he could possibly still be hiding. These days, if you run into Picnic, he’ll tell you, yes, his solo LP is still definitely coming — and, yes, “soon.” And to once again whet out palates, he’s offering up this new groove, which comes in advance of his appearance at Blue, The Misfit’s album release party at Trees this weekend (more on that in a minute). It’s yet another earworm of a song, and as well-produced an effort as we’ve come to expect from the performer, who is right in his falsetto, Pharrell-inspired groove here. If nothing, it’s more ammo for the rest of us to use in goading Pic to finally letting us heat what else he’s got up his sleeve.

Oil Boom – “Earful”
RIYL: Sounding the alarm.
What else you should know: Over on our White Noise column this week, we mentioned that Oil Boom has a new album on the way called Terribility that’s got a release scheduled for October 20 — and that, one week ahead of that (on October 13), the quartet has a release show at Granada Theater. Well, wouldn’t you know that two weeks before that, the Fort Worth rock quartet’s gone ahead and dropper this new, catchy romp. It’s pretty great, and more than just an earful, we’d say.

Blue, The Misfit – “Perfect”
RIYL: Raging in the city.
What else you should know: This video premiered earlier this week via Mass Appeal, which highlighted Blue in its “Hey, You’re Cool!” Q&A feature. In that piece, Blue talks about his days of producing for Kendrick Lamar, Schoolboy Q, Mac Miller and others, as well as his transition from producer to artist. Also, if you’re not aware, Blue is hosting his album release show for the Perfect Night For A Funeral album that hosts this cut tomorrow night at Trees, and he’s been promising that it will be a unique event. We, for one, trust him there.

The Outfit, TX – “Dez Bryant”
RIYL: Showing up Jerry Jones in his own house.
What else you should know: If you haven’t seen the headlines already, let us catch you up. Our favorite rap trio in town — The Outfit, TX — recorded its latest video in support of their new album, Fuel City, at AT&T Stadium, home of the Dallas Cowboys, taking advantage of the arena’s “self-guided tour” option for visitors. Sports Illustrated approves of the group’s ingenuity, as do we.

Curtis Mayz – TripleDiziac
RIYL: Drippin sauce when you’re walkin.
What else you should know: Considering how many times we’ve featured Mayz in this column leading up to the release of TripleDiziac, it’s fair to say this album has been long-awaited in our offices, at least. Well, now the day is finally here! Mayz has been on the Dallas hip-hop scene for a while now, but all the tracks on TripleDiziac finally see the rapper at a new peak — especially the way he’s embraced and parlayed his Oakland-raised, Oak Cliff-residing mash-up aesthetic.

Mike Ryan – “Blink You’ll Miss It”
RIYL: Riding shotgun.
What else you should know: According to the Fort Worth singer and songwriter behind this one, “Blink You’ll Miss It” wrote itself. During a writing session in Nashville, he and his friends Casey Twist and Randall Clay just found themselves jamming, and out came this song about a small Texas town that we’ve all visited before.

Jay Luse – “What Pressure Makes”
RIYL: Slowing things down.
What else you should know: You probably have a lot going on in your life right now. So, hey, relax for a moment and listen to this slow-tempo, low-key track from Jay Luse, who has a knack for dialing neo-soul and R&B elements into his brand of hip-hop.

Kevin England – Spread Thin
RIYL: An unhinged piano man.
What else you should know: For six songs here, Kevin England lets loose on his piano and belts out about life’s foibles. The luring piano tracks may lead you to let this soundtrack your nightcap — but, by the end of most of these songs, you’ll feel like you’d rather be at the bar singing along to them at the top of your lungs with some friends.

Yella Beezy – “My Blessings”
RIYL: Putting on for your city.
What else you should know: Yella Beezy is one of most promising rappers in the city, and his output has been absurdly consistent of late. But, more than that, the dude is versatile. As comfortable as he is making trap bangers, he’s just as willing to deliver a real heartfelt track. And on this new “My Blessings” effort, the artist blends those two ideas.

Cool Dundee – AMM: Net Neutrality_Nureality
RIYL: Just trying to make music and prosper.
What else you should know: Cool Dundee of Damaged Good$ quietly released an EP earlier this month that we’re playing catch-up with here. The five-song release is an abstract listen compared to most hip-hop releases, featuring unorthodox beats, song structure and, well, basically everything else. It’s a trip.

Capshun – “Pressure”
RIYL: Going in.
What else you should know: We have to agree with the Soundcloud commenter here and say that Capshun really “went in” on this one. But, really, this song feels like one big tease. In the world of EDM, where everything eventually comes back around with a big drop, we’re left hanging on this one, as the song ends without any big moment. On the other hand, that little caveat makes the song all the better. So, y’know, it’s a trade-off.