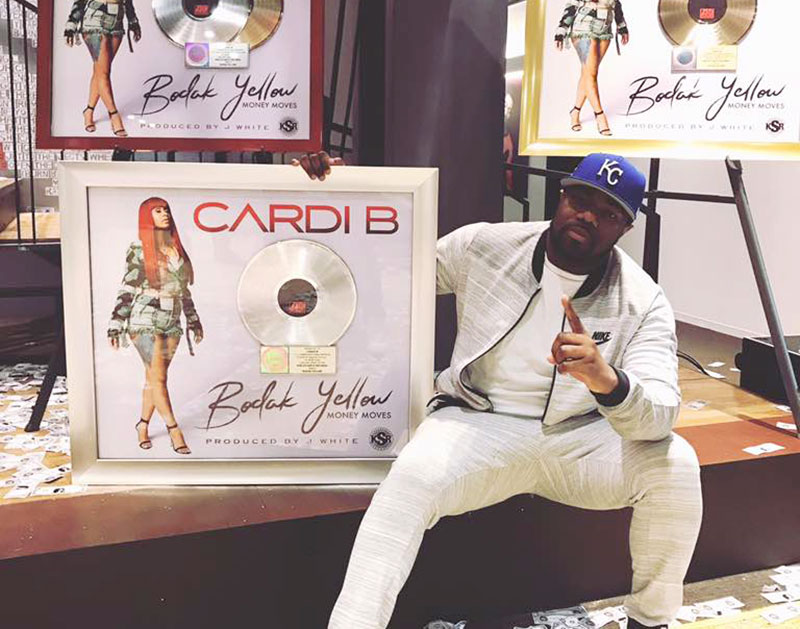 It’s already been a good summer for Grapevine native Austin Post, better known to the world as Post Malone. But it just got a whole lot better.

Yung Posty’s latest single, the downtempo “rockstar” featuring 21 Savage, debuted at No. 2 on the Billboard Hot 100 this week. But, even more interesting than that is the fact that, according to The Verge, the singer also broke Apple Music’s record this week for most streams in a seven-day period by hitting over 25 million plays since its release. For comparison, Malone’s new song beat out the super team of DJ Khaled, Justin Bieber, Quavo of Migos, Chance The Rapper and Lil Wayne‘s song “I’m The One” with this accomplishment. Couple that with the fact that Stoney, Malone’s debut album, had over one billion streams and it’s no surprise that Carl Chery, Apple Music’s head of artist curation, told The Verge that “Post has quietly become a streaming monster.”

But it’s not just streaming services that are giving Post props this week. Even punk rockers are doing it. Yesterday, Green Day frontman Billy Joe Armstrong gave Posty his stamp of approval by posting a clip of the young artist performing “Basket Case” at a recent live show. Says Armstrong of the effort: “hey this is pretty cool!”

Will Post perform that cover when he comes back home for a gig at The Bomb Factory on October 24? Tough to say.

We do know this much, though: Dallas has its fingers in the top two songs on the Billboard Hot 100 this week. The only song to have a bigger week than “rockstar” this week was Cardi B‘s breakout hit “Bodak Yellow,” which was produced by Dallas-based producer JWhiteDidIt. The producer born Jermaine White celebrated his song’s accomplishment yesterday by sharing a photo in which he’s super casually posing with a gang of plaques that the song has already earned him.

Speaking of Dallas’ most honorable, Erykah Badu joined the latest viral challenge this week by spitting a #forthedick freestyle with comedian Michael Blackson, who also offers up his own #forthepussy version. The hilarious clip is absolutely worth a watch, but if you’re wondering where this came from, XXL reminds us this all started when New Orleans rapper GameOva REEDY’s “Freestyle” went viral not too long ago.

On the other hand, Demi Lovato isn’t banking on any viral luck for her new album. The pop star has been busy as hell generating buzz this summer, and last week she officially released “Sexy Dirty Love,” the latest single from her soon-to-be-released Tell Me You Love Me album. The new song is a departure from the ballad feel of the album’s title track (and previous single), and features a ton more energy, making for a danceworthy tune.

We’re not sure what Demi has in store for her album release, but you can still prepare yourself for the “Dead Blue Experience” that Blue, The Misfit is planning as the album release show for his Perfect Night For A Funeral at Trees this Saturday, September 30. The lineup for the show features locals Picnictyme, Alex Harris, Xes and Terrence Spectacle, and all promotions for the event promise a unique experience. Just remember: Funeral attire is strictly enforced for this event.

No word on what the dress code will be for their affair, but Oil Boom also announced news of a new album last week titled Terribility, and a date for a release show on October 13 at the Granada Theater where the band will be joined by their fellow Fort Worthians in Calhoun. The new album, due out October 20, was produced by Grammy Award-winning producer/Son of Stan namesake Jordan Richardson, and, according to the band, it’s a 10-song LP filled with psych-leaning, wisecracking rock n’ roll.

The same day of Oil Boom’s album release party, A. Savage will be celebrating the release of his solo debut, Thawing Dawn. Best known as the frontman for Parquet Courts, Savage has been steadily releasing tracks from the album over the last month, and just this morning he released another, this one titled “Phantom Limbo,” which can be streamed below.

The next day in Denton at Dan’s Silverleaf, the always exciting Rock Lottery will celebrating its 20th anniversary, with 25 musicians — representing a wide variety of music styles — forming into five brand-new bands for the day and writing three to five songs before performing them for an audience just hours after getting their assignments. The 16th go-around of this almost-annual affair will feature members of Lizzie Boredom, Midnight Opera, Sunbuzzed, Pearl Earl, New Science Projects, Nervous Curtains and many more.

A former Rock Lottery performer herself, Sarah Jaffe has a new KXT Live Session you can watch wherein she performs “Doctor’s Orders” from her latest album, Bad Baby.

Jaffe will also be headlining the newly renovated Longhorn Ballroom at Texas on the Edge, which comes as part of Texas Monthly’s The Edge of Texas event here in town, which will feature a futuristic campfire art installation. The event takes place November 11.

Speaking of Texans with edge, the Old 97’s recently stopped by Amoeba Records in Los Angeles and recorded a segment for the store’s “What’s In My Bag?” YouTube feature. In the piece, Rhett Miller, Murry Hammond and Ken Bethea share stories about some of the records they picked up while shopping at the story, including Charlie Brown’s Holiday Hits, The Beatles’ Revolver and REM’s Reconstruction of the Fables.

Speaking of video footage, Dallas artists dropped some great new music videos this week, so let’s finish off this week’s column by highlighting those.

First up, The Outfit, TX dropped today the following Dance Dailey-directed clip for its song “Dez Bryant” off of its new album, Fuel City. According to Sports Illustrated, what began as an attempt to make a tailgating clip turned into a fully AT&T Stadium-set effort when the trio realized that the stadium offers “self-guided” tours. If nothing else, that realization pays off in the form of some excellent burns at Ezekiel Elliott‘s expense.

The golden-voiced Paul Cauthen also dropped a new one today. This well-choreographed and -shot effort from director Chris Phelps finds the local country-gospel singer promoting his “Saddle” tune in a clip that, a) features a Shakey Graves cameo, b) that doesn’t take itself too seriously, c) that highlights Cauthens’ own fleetfooted abilities and d) flashes some of the best horse-related dance moves seen since “Gangnam Style.”

And, finally, fresh off a successful performance at last weekend’s 97.9 The Beat Dub Car Show on a bill also featuring the aforementioned Cardi B, Yella Beezy released a video for “I Wanna Know.” Check it out below:

Cover photo via Jermaine White’s Facebook. Got a tip for White Noise? Email us!