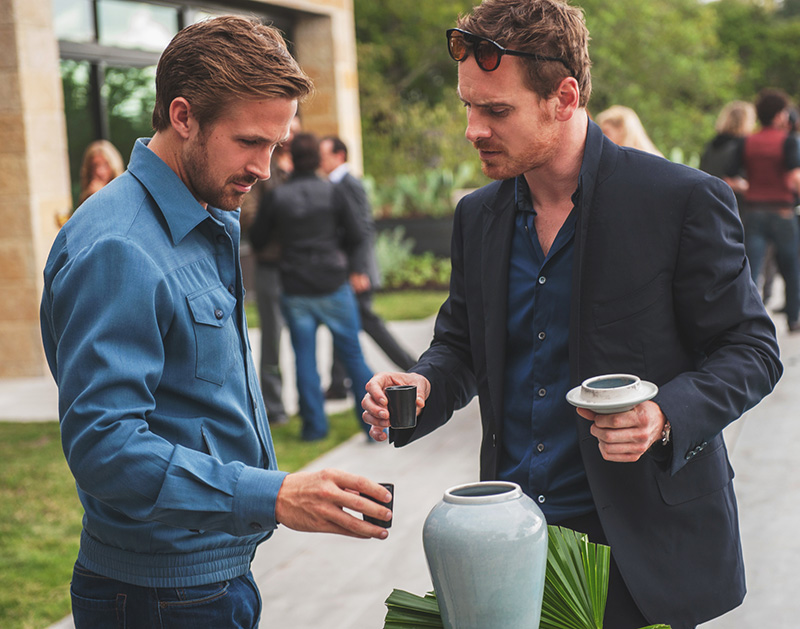 Is There Any Weight To The Austin City Limits- and Fun Fun Fun Fest-Shot Song To Song? Or Is It Just More Of The Same Terrence Malick Weirdness?

His movies almost never adhere to traditional storytelling and filmmaking conventions, and his ethereal vision — one filled with meadows that Bon Iver would envy, whispered voice-overs and dream-like editing — have helped him craft a a style that borders at times on self-parody.

One thing he does have going for him these days is that, after a long and sparse career, the reclusive filmmaker has suddenly become fairly prolific since 2011’s The Tree of Life, seemingly releasing a movie each year.

But if moviegoers were looking for something different from the auteur with his music-centric Song To Song, which famously filmed sequences at Austin City Limits and Fun Fun Fun Fest in 2011 and 2012, they won’t find it. Song to Song is full of all of the aforementioned stylistic flourishes, boasts a quintet of A-listers in strange roles they wouldn’t otherwise accept and, at 126 minutes of run time, it’s a punishing watch.

Ultimate, though, it’s also a rewarding viewing experience, and one that feels ripe for repeat watches.

Much like was the case with Malick’s last four movies, Song to Song‘s plot is secondary to its visuals and themes as it follows a couple of Austin musicians (Ryan Gosling’s BV and Rooney Mara’s Faye) as they are go through their relationship. Running parallel to them is story of a shady and inexplicably wealthy music producer, Michael Fassbender’s Cook, who offers both of them a path to fame and fortune — albeit at a price.

What follows is a frustrating and fascinating look at the cost of ambition and the almost gross allure of success.

Setting the movie in Austin is a stroke of genius. As of today in the year 2017, it is still a city struggling with its identity. Is it the eclectic live music capital of the world, a place filled with music clubs and kitschy people? Or is it a prohibitively expensive city filled with generic lofts featuring giant windows and fancy restaurants?

Song to Song revels in this juxtaposition as it showcased how fractured the lives of its main lovers truly are as they ebb and flow throughout around the city’s neighborhoods and beautiful outskirts. Theirs are lives of contradictions: They both want to exist within the fancy Austin, scoring passes to the VIP areas of music festivals and enjoying the lavishes of expensive lifestyles; but they really appear happier when inside their modest home or out in nature, even if they don’t realize it. But Cook’s promises of success that loom over their lives seems designed specifically to keep them from true happiness.

Visually, the movie feels like it’s constantly in motion, in part because Malick’s camera seems incapable of staying still. Beyond that, the director also experiments with different camera types — fish eye lenses and GoPros, just to name a few — thus adding to the trippy vibe of the movie. Loose as this may make some elements of the film appear, these shots are all cleverly composed and add some texture to the evolution of the relationships in the story.

Still, Malick does manage to get in his own way at points. The film’s many imaginary sequences are difficult to separate from its realities. Characters also too often disappear for stretches of time or appear only for a flash, and overall timeline of the movie is confusing as all get out. Did this movie take place over a year? A decade? Does anyone know? Does Malick even care?

The musician cameos (Big Freedia! Florence Welch! Red Hot Chili Peppers! Iggy Pop! Lykke Li! Black Lips!) are nice, but extraneous. Only Patti Smith’s portrayal as a sage mother of sorts for Faye seems truly necessary — but her part, like so many others, comes and goes too fast. Honestly, if Malick had made a movie with just her speaking about life, it’d be a better watch than this one.

All the same, Song to Song still comes across as a singular viewing experience. And, if you were at one of the festivals at which it was filmed, you’re basically obligated to give it a watch. Whether you make any sense of it, well, that’s another matter entirely.

Grade: B if you pray at the altar of Malick, but a C- otherwise.