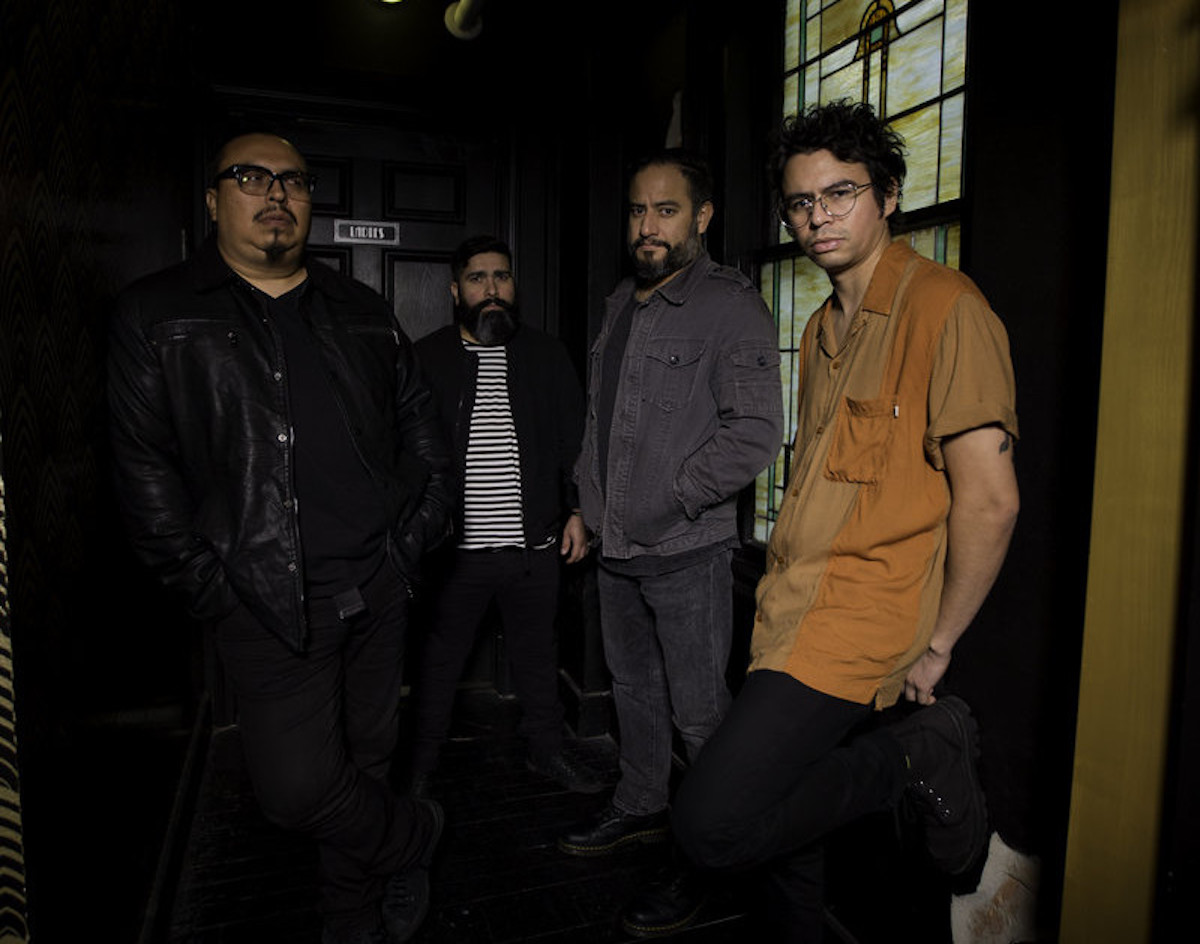 A New Post-Punk Band Just Hit The Dallas Scene. Give Its Debut Single A Listen And Revel In The Sounds Of Dark, Surf-y Nostalgia.

With the drop of this track, consider Feb. 1 (the day before Groundhog Day) as TELEMETRY’s first day in the Dallas music scene. The band is composed of four members — drummer Anwar Alonso, guitarist Saulo Ramón, bassist Miguel Santana and vocalist/guitarist Oliver Watrin.

Influenced by dark post-punk of the late ’70s, in one listen of “Groundhog Day” you can really hear traces of the likes of Joy Division and Siouxsie & The Banshees. You’re also struck with familiar sounds of the 90’s alternative rock revolution era with an emphasis on guitar solos– especially at the introduction of the track. The beginning of “Groundhog Day” builds its composition on a guitar riff before welcoming Alonso on the drums, to which the listener feels an obligatory need to smile because the sounds merge like a puzzle piece.

The song’s vibe is a nuanced approach of encouragement, and has the ability to appeal to mundane lifestyles such as overstressed students attempting to make it through the day, or a traditional nine to five worker who merely works for pieces of paper. The lyrics “Wake up and do it all again/ You know just how all this will end/ Let’s make an effort, entertain/ Let’s make it to the other plane,” show the relatable appeal to how monotone life has the potential to be.

Similar to the Pixies’ “Hey,” TELEMETRY cultivates a surf rock and psychedelic mix of sounds that honestly makes you feel as if you should be guest starring in the iconic ’90s classic Beverly Hills 90210. Just imagine walking the 90210 high school hallways wearing a neon windbreaker and jean biker shorts while pining for an ounce of hope. “Groundhog Day” would right into the show’s soundtrack, there is no convincing otherwise.

Needless to say, this group’s debut song feels familiar in a manner that comforts the listener, and Dallas should be excited for what is in store for this band.