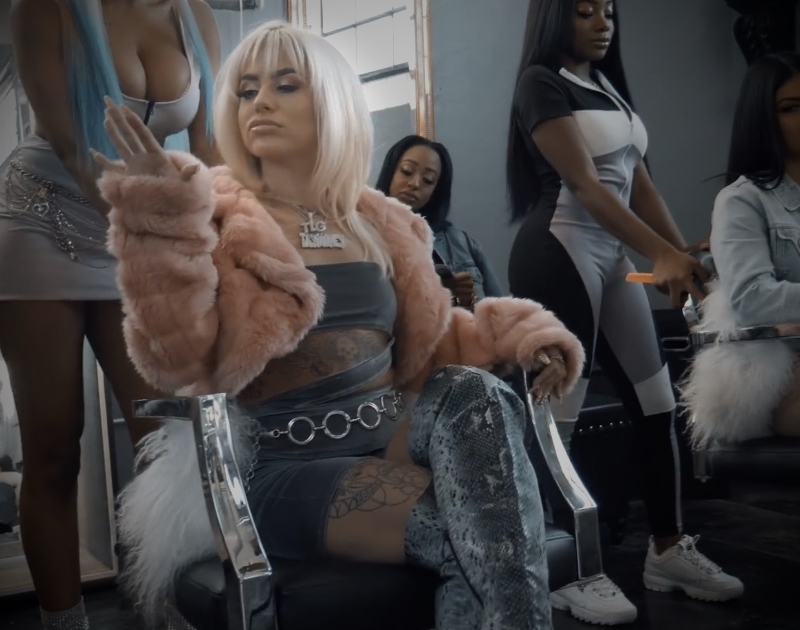 Check Out The Latest Video From Tay Money, A Cash-Grabbing Ode From Dallas’ Most Popular Female Rapper Not Named Doll.

Tay Money – “Bih Like Me.”
RIYL: Getting you some money.
What else you should know: Not to be overlooked in Dallas hip-hop’s greatest year to date is the success that the self-aware Dallas thirst trap Tay Money is having.

Wait — a successful female rapper from North Texas not named Doll? What a novel concept!

Hey, don’t knock it! Being different has definitely helped Tay Money stand out. After it was released posted by World Star over the summer, her “Trappers Delight” video racked up over 3 million views.

That tune anchored November’s Duh EP, from whence today’s featured tune also springs. Like the two other videos we’ve linked to in this piece, Tay’s “Bih Like Me” clip was also directed by the inimitable Dance Dailey, who you may additionally recognize as the guy responsible for every one of new Lench Mob signee T.Y.E.’s visuals.

In this fresh Tay Money clip, the 25-year-old pays homage to the hairdressing career she maintained before starting to rap a year-and-a-half ago.

For all its shallowness – some of which we’ve got to believe is done rather consciously, and with a knowing wink – there’s an empowering tone that pervades it all.

Somehow, we get the feeling these type of rebuffs are only going to increase in number the more successful she gets.