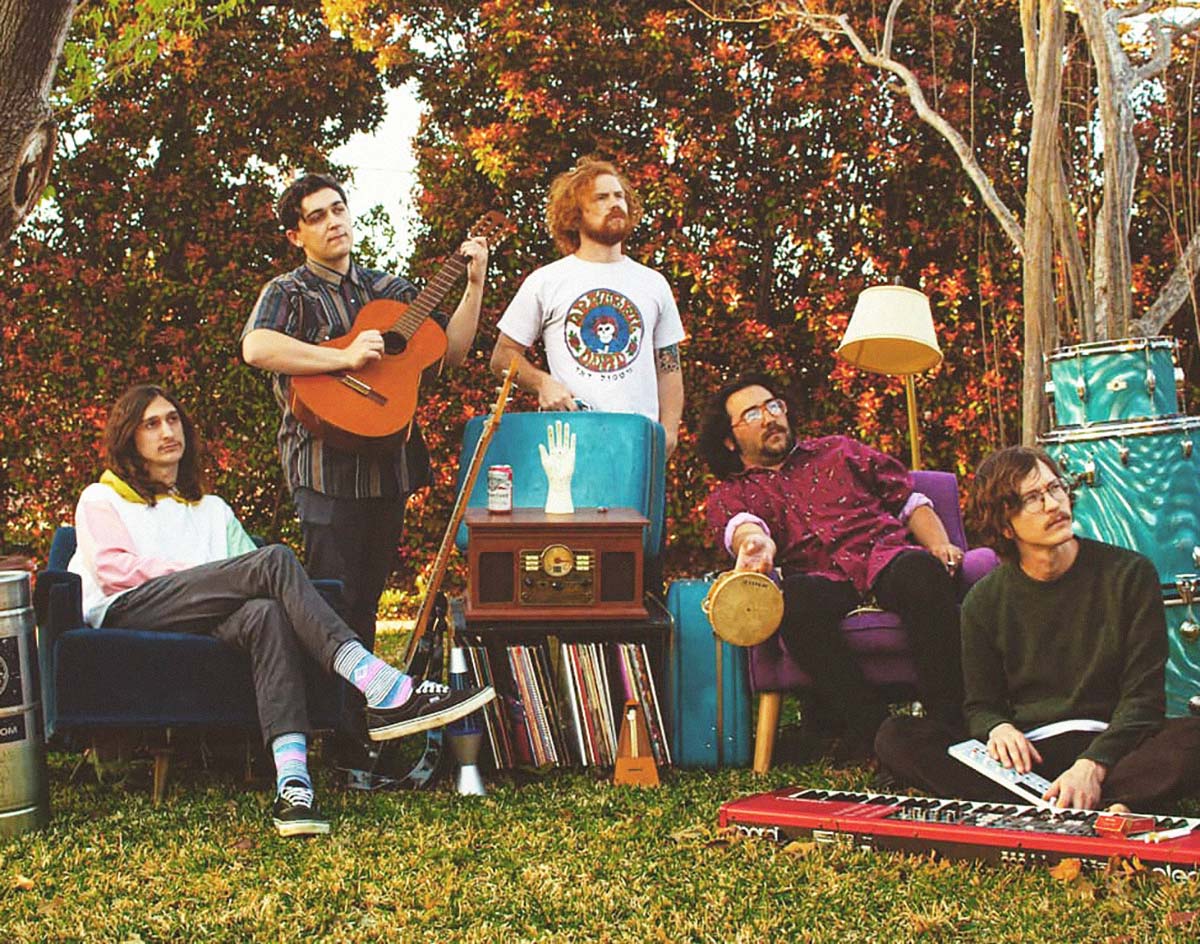 Boasting Shades Of My Morning Jacket And Flaming Lips, The Dallas Psych Rockers’ Latest Single Is One Wild Trip Of A Listen.

But the band’s latest release represents something of a new phase for the group.

Per the band, “Golden Tongues” has been in development for two years. Over that stretch, they’ve added to it — and subtracted from it — before finally availing it for all to hear.

Sonically, the track harkens back to Z-era My Morning Jacket, as well as the days when the Flaming Lips made lush pop tunes. Hinged by a whirling keyboard line and spacey atmosphere, the tune builds and builds upon itself before climaxing in a distorted rock-out for the final minute of its five-minute run.

Vocalist Marcos Mateus, multi-instrumentalist Parker Hernandez and drummer Matthew Posey wrote and recorded this song after losing two players from the group, who have since been replaced by new members Justin Zaweski and Masen Yaro.

Recorded in their Plano rehearsal space, the resulting tune should be played — loudly — for anyone who is afraid to learn that anything made north of I-635 can actually be cool.

With lyrics centering around the similarities of using psychedelics and coping with bipolar disorder, “Golden Tongues” definitely gives a sense of being out of body and mind.

Of course, Psychic Love Child can still be experienced in person just the same. Later this week, the band will be playing a free Friday night show at Killer’s Tacos in Denton.

Honestly, just merely typing that previous sentence feels like a great sign that more great music, and live music especially, is on its way to coming back full force.

But, for now, just feel free to enjoy Psychic Love Child’s trip — with or without mind-altering substances.