Song Of The Day: EMOtional Xan — “Not a F**king Love Song” 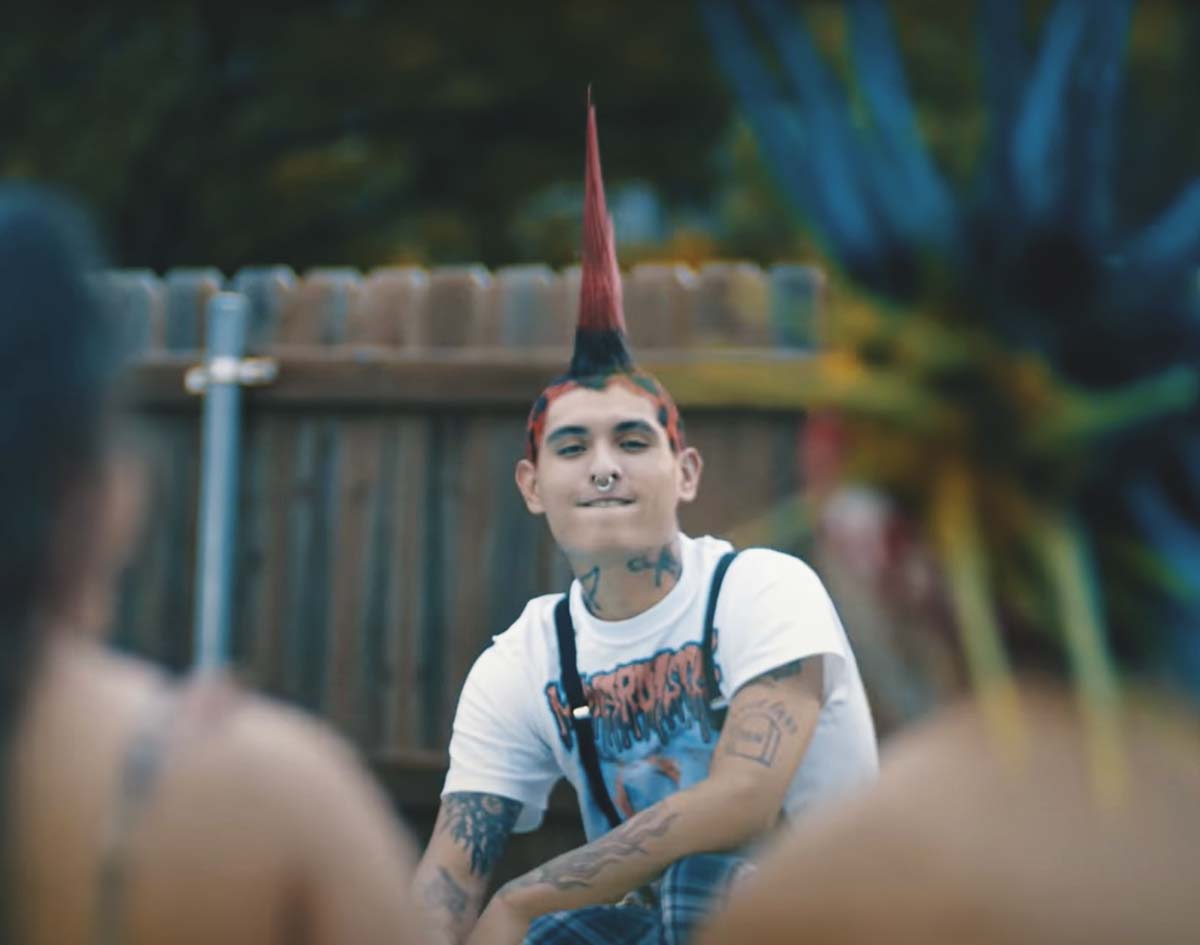 Be It Through His Gloom-Rap Past Or His Decidedly Pop-Punk Present, Dallas’ EMOtional Xan Is Demanding Your Attention Either Way.

EMOtional Xan — “Not a F**king Love Song”
RIYL: songs with distortion, drinking in proportion
What else you should know: Forget everything you thought you knew about Dallas musician EMOtional Xan and his gloom-rap come-up.

The onetime emcee’s quite literally singing a new tune these days. Gone are the bars, but the spikes remain: Like Machine Gun Kelly before him, he’s now on the pop-punk tip.

Long an avowed metalhead and a self-proclaimed “visual artist at the end of the day”, Xan’s latest material finds him finally exploring the rock, punk and hardcore sounds he’d always previously openly acknowledged as informing his look.

As recently as four months ago, his output was still trying to provide the rap soundtrack to your nightmares, but after having set this new course with the release of his single “The Campaign” back in January, his this week-dropped “Not A F**king Love Song” cements the directional shift.

Released in conjunction with a decidedly Blink-182- and Sum 41-indebted video, “Not A F**king Love Song” is directly inspired by snotty but approachable turn-of-the-millennium pop-punk, and built around its “Fuck you and the horse you rode in on / I just don’t give a fuck (any more)” hook. Well, for the first two-thirds of the proceedings, anyway. Come Act 3, Xan and his band veer into hardcore breakdowns and visceral screams as if aiming to make sure no one’s out here thinking they’d gone soft or anything. (Have mercy, boys. We all accept you as tuff.)

In the end, it all adds up to another compelling taste from the ever-interesting — and increasingly unpredictable — Xan.

Who’s to say where he takes things from here? Does it matter?

Frankly, we kinda like the fact that he keeps us on our toes. Especially when he does it this admirably, let alone capably.