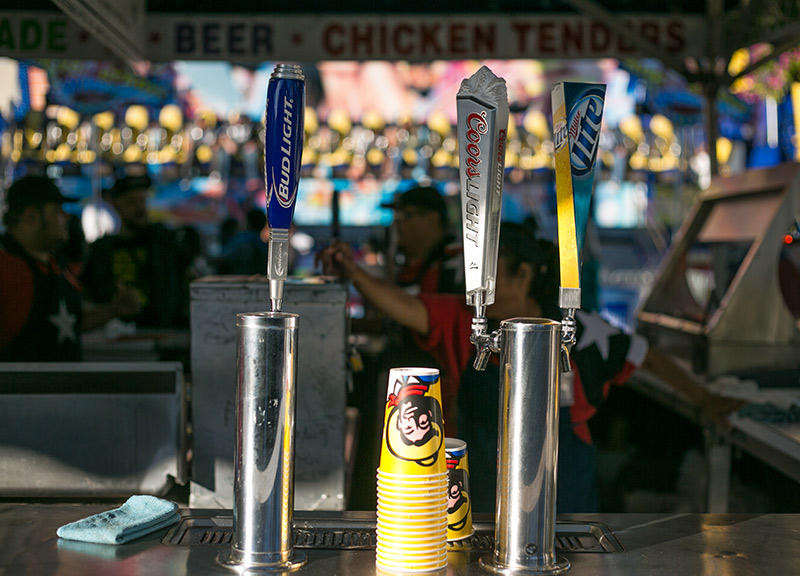 The Biggest Ripoffs on the Midway at The State Fair of Texas.

The State Fair of Texas is a lot of things. It’s exciting, it’s a superlative place for people-watching and it’s perhaps the most family-friendly place in the world where one Can develop type two diabetes.

Most of all, though, it’s a place to spend a ton of money.

Before you even get in, you have to pay to park — often in the yard of someone who lives nearby — or drop some dough on public transportation. Then comes the exorbitant admission prices charged just for walking through the gates.

And all that? Well, it simply sets you up for the privilege of dropping more money once you’ve gone inside.

We get it. Thatâ€™s how the fair works. And we’re OK with it — for the most part.

It’s just that some of the ripoffs on the midway are a little too egregious a pill for us to swallow. And, really, everyone should be aware of them. So, with that in mind, here are our picks for the nine worst offenders.

9. The Beer. Just because you know something is coming — in this case, ridiculous alcohol prices when a venue has a captive audience — doesn’t mean it’s right. Five dollars — cleverly obfuscated, like the rest of the prices at the fair, by the currency-to-coupon exchange — for a 12-ounce, lukewarm, flat beer is just flat-out outrageous. The fair’s an unappealing place to drink, anyway, what with the beating sun during the day and the heavy police presence all the goddamn time. You’re definitely better off enjoying a nice cold lemonade or some of the delicious kegged root beer instead.

8. King’s Circus. Ostensibly a fun house, King’s Circus isn’t much fun for anyone, to be honest. Following a short jaunt through a series of what are supposed to be obstacles, this attraction’s big finish is an excruciatingly slow wheel that participants are instructed to run on — like a hamster — until a carny pulls them off. The reward for surviving this ordeal? Getting to see this terrifying ceramic clown as you exit the “ride.”

7. This Basketball Carnival Game. All of the games on the midway are ripoffs — they wouldn’t be there otherwise — but some are astoundingly unscrupulous. Take, for example, this game. If you make a shot, you win a decent-sized, but most assuredly cheap, prize. You probably aren’t going to win, though. Check out the “non-regulation rims” sign. You might see this as fair warning, but it just seems like a slap in the face to us. The carnies don’t even have the courtesy to pretend they aren’t just blatantly taking advantage of us with one.

6: The Magic Maze. On the surface, this one seems like it might be fun. Finding your way through a maze made out of mirrors isn’t the worst thing in the world. Thing is, much like your iPhone’s password, it’s way too easy to figure out because of all the smudges on the glass. Maybe an attraction based around keeping glass clean at an event featuring as much artery-clogging goodness as the State Fair of Texas isn’t the best idea.

5. The Texas Lottery Tent. Actual quote by one of the Lottery’s hawkers in this tent: “These are scratch-offs! That’s way better than cash.” Nope. A total rip, on the fairgrounds or not.

4. Mega Drop. From the name, you’d expect the “Mega Drop” to include a fast drop from pretty high up. Instead, it features a quite slow drop from not all that high up. Unlike a lot of the other rides on the midway, you don’t get multiple trips, either. One pretty boring shot, and you’re done.

3. The Rope Climb Carnival Game. We watched this thing for almost 15 minutes. No one won — not much of a surprise. But no one even got close, either. Amazingly, people of all sizes and ages kept coming up and taking shots at climbing the thing, all of them flipping off way before the end. Adding insult to injury? The carnies who scurried up the ladder with no issues between almost all the contestants. Jerks.

2. The Old Time Photo Booth. This attraction allows you to put on an awful looking Old West-style costume and get your picture taken with one or more of your companions. Sounds like the recipe for a bad photo, but not much of a rip off, right? Well, get this: A single eight-by-ten-inch memento of your shoot will run you a cool $27.

1. Tiny Tim, the “World’s Smallest Horse.” Now that Tim’s predecessor, “Tiny Tina,” has been sent to the world’s smallest glue factory, “Tiny Tim” has taken her place. Barkers and a recording beckon patrons to come see the “world’s smallest horse,” who they promise “isn’t a baby,” just really small. The reality: It’s just a sorta-small to average horse standing pathetically in a pretty deep hole that messes with your depth perception. The whole thing is so ridiculous it’s a little sublime. Doesn’t make it any less of a rip off, though. 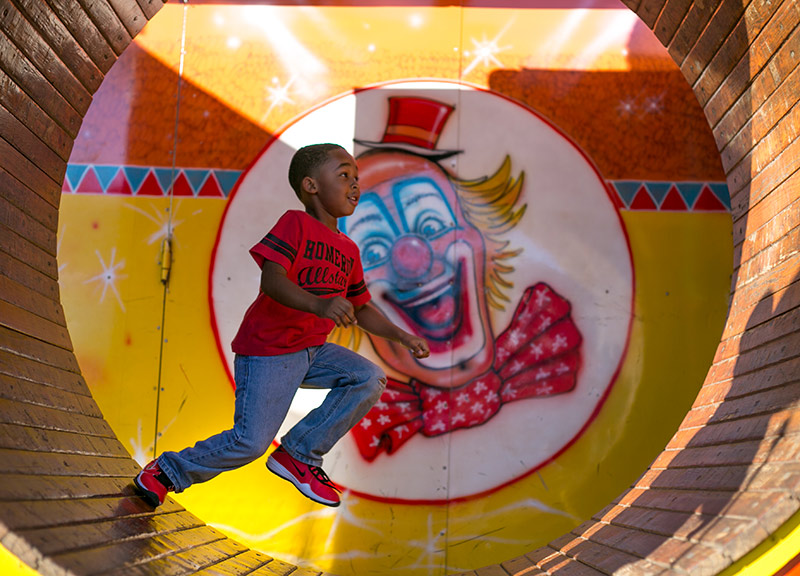 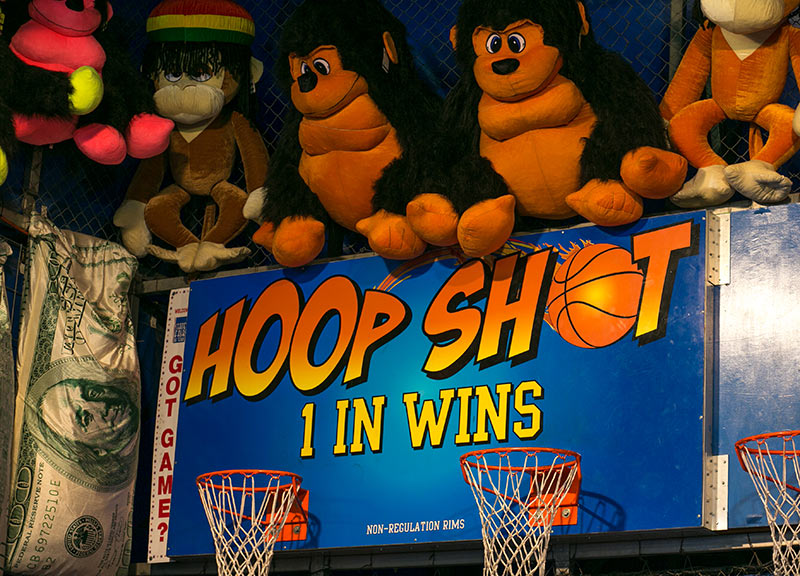 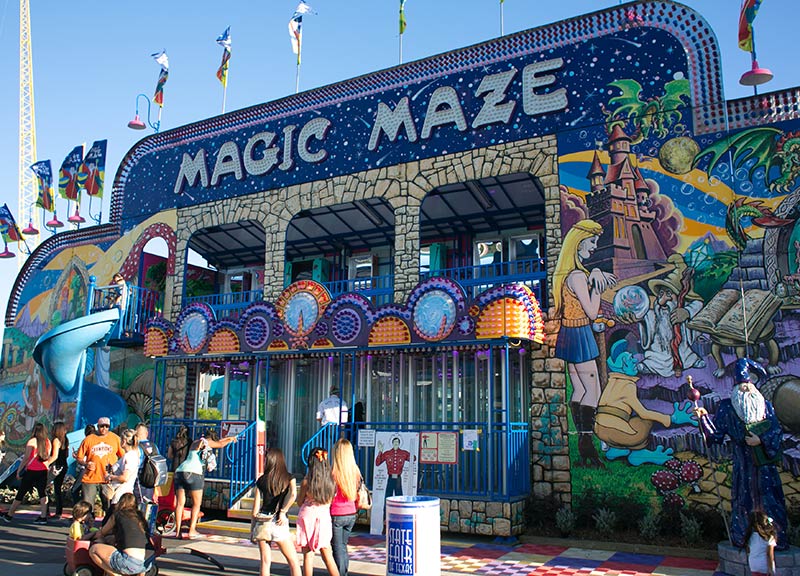 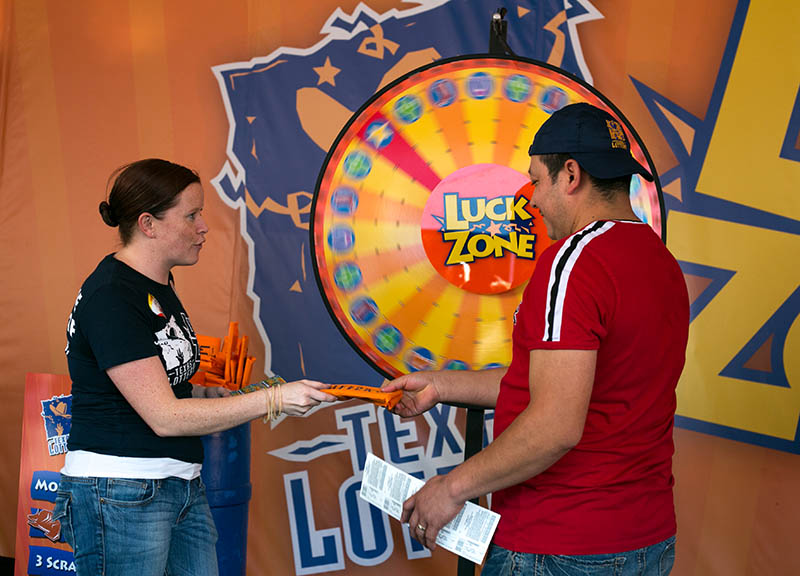 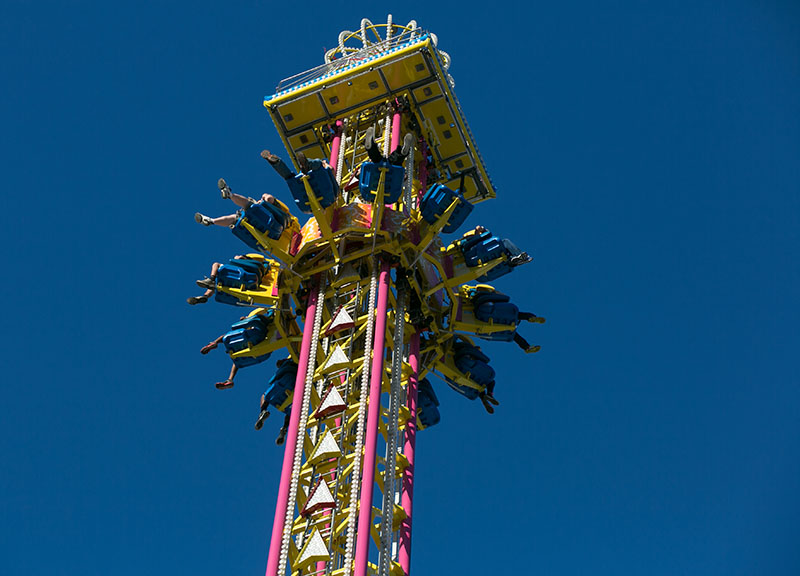 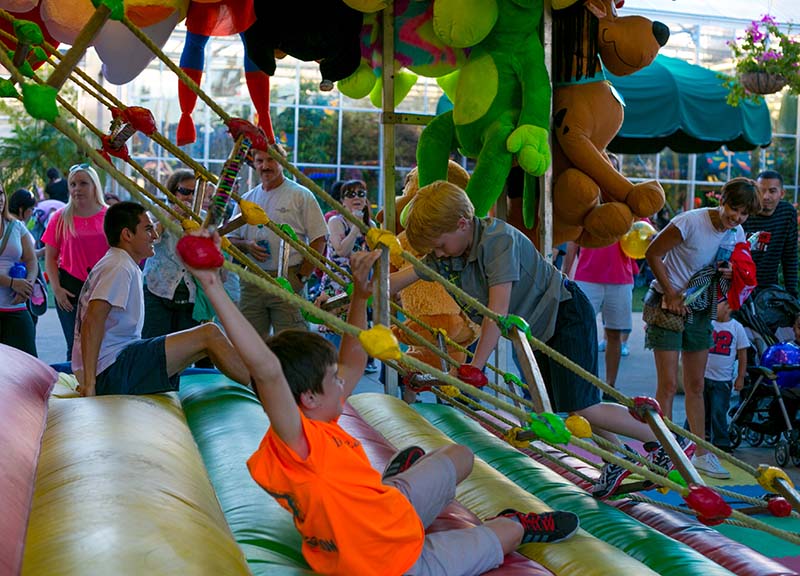 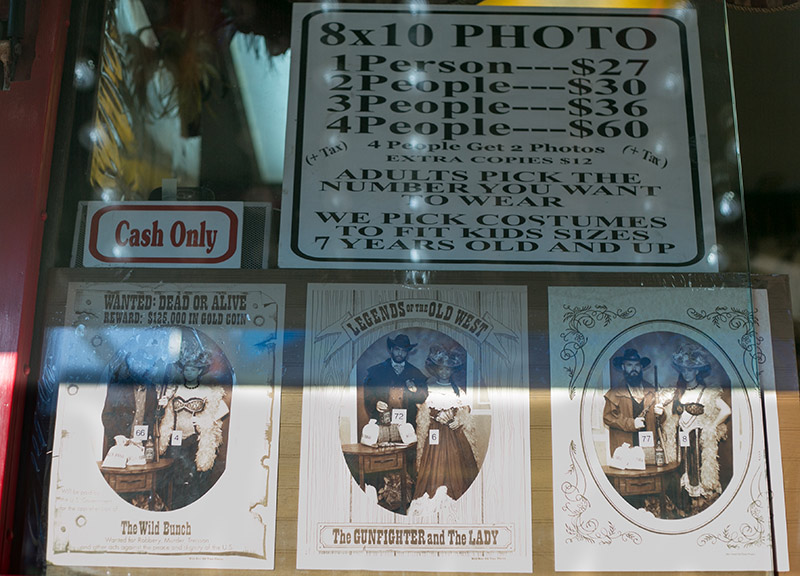 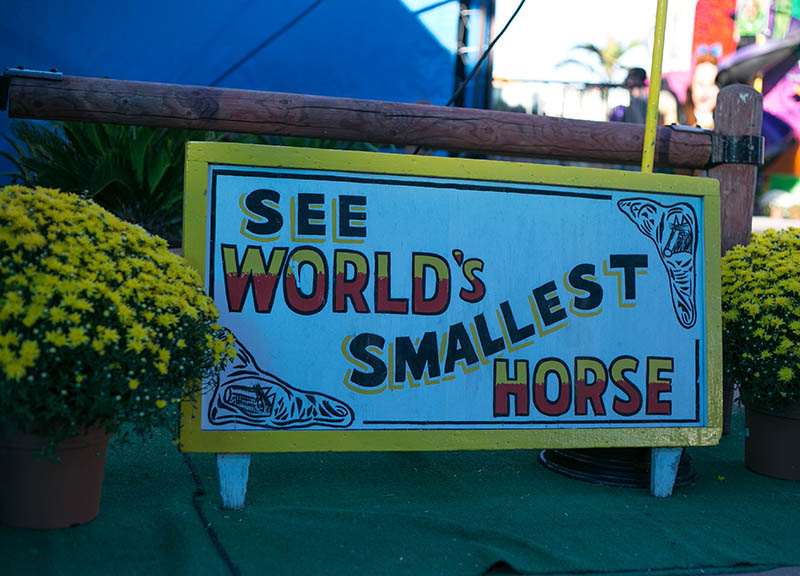 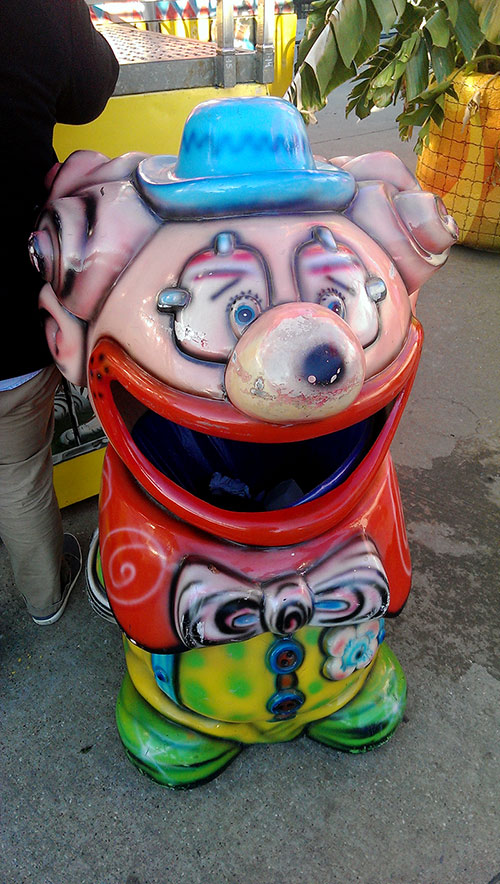