3:54 p.m. on a Tuesday in Oak Cliff. Christmas isn’t the only holiday that deserves a good show. In fact, there are plenty of people who celebrate Halloween as if it’s a religious holiday, too.

And, in some cases case, that fervor’s quite contagious.

At the complicated intersection of Beckley Avenue and Zang Boulevard in Oak Cliff, cars slow down because of all the distractions around them. By a sudden fork in the road, drivers are drawn to one side of the road in particular. There sits a row of three consecutive homes going all out for Halloween. It’s a beautiful sight, actually; what’s potentially creepy in the dark is really kind of gorgeous under the clear blue skies of broad daylight.

On this warm Tuesday afternoon, Ralph Grenaldo and his family can be found shuffling monsters around the yards as if they’re chess pieces. Grenaldo’s home is the middle of the three, and, he’s happy to announce, he’s the inspiration for his neighbors’ spooky decor too. He loves this time of year. Many of his decorations are homemade, done right over in the work shed out back. Others are donated to him, and some items — including the coffins — are purchased using the discount he receives from the funeral home where he works. Only some of decorations are seasonal, he says. A few of them stay up all year.

It took him a while, but Grenaldo eventually convinced his neighbors to join in on the fun. One neighbor — his son — was an easier sell than the other. But all three homeowners have lived here for at least a quarter of a century, so there’s a definite kinship at play. This is a close-knit community, Grenaldo says. Now, neighbors helping one another set up their decorations throughout the month of October has become an annual tradition on this block.

The constant gawking’s a tradition, too. And it’s maybe Grenaldo’s favorite part. As some construction workers from a nearby work site curiously waddle over during a smoke break, Grenaldo too takes a breather from his activity to interact with his onlookers. The construction workers are taken aback by all of Grenaldo’s handiwork — and amazed when Grenaldo explains that what they’re seeing isn’t even finished yet. He smiles proudly at their wide-eyed reactions.

It’s this kind of warm give-and-take that got Grenaldo started in this Halloween business in the first place. Until he started upping his decoration game, trick-or-treaters tended to avoid this neighborhood, likely deterred by all the car traffic zipping by. Over the years, though, his efforts have helped change that. And, with Halloween falling on a weekend this year, he’s anticipating maybe his largest crowds ever come Saturday night.

That’s why he’s going especially big this year, making sure everything’s in just the right place. Now that his yard’s a draw, there’s pressure for it to impress. This year, he promises, it will. Because, really, the last thing he wants is for the house down the block to steal his shine as it sometimes has a tendency to do.

That house has an inherent advantage, though, and it doesn’t need any decorations at all in order to give passersby the heebie jeebies. No, its backstory tends to do that all on its own. Apparently some guy named Lee Harvey Oswald used to live there. 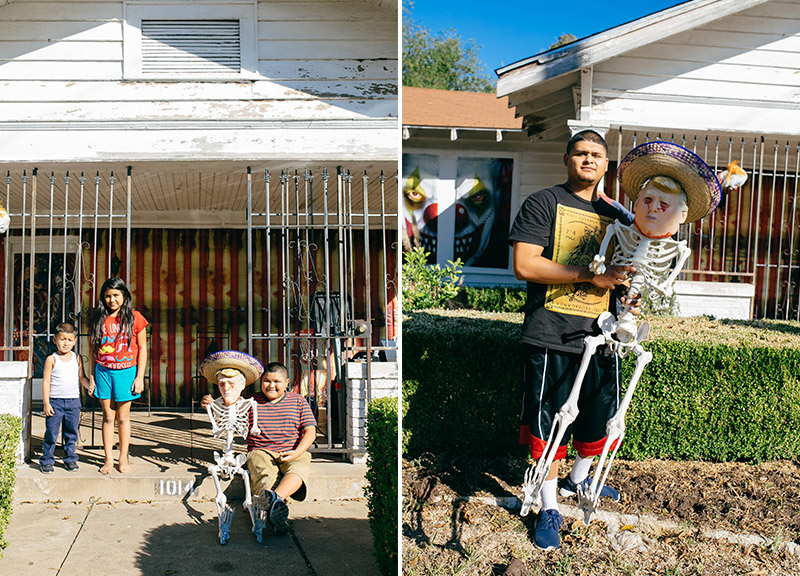 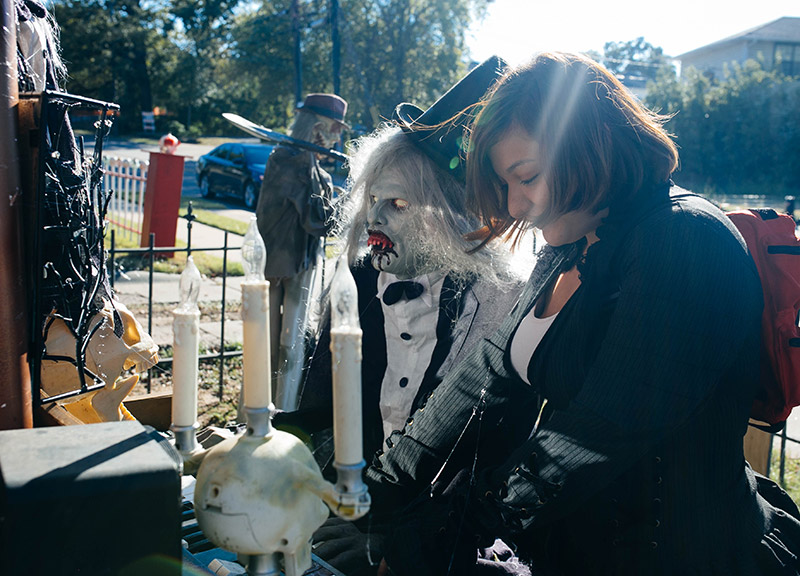 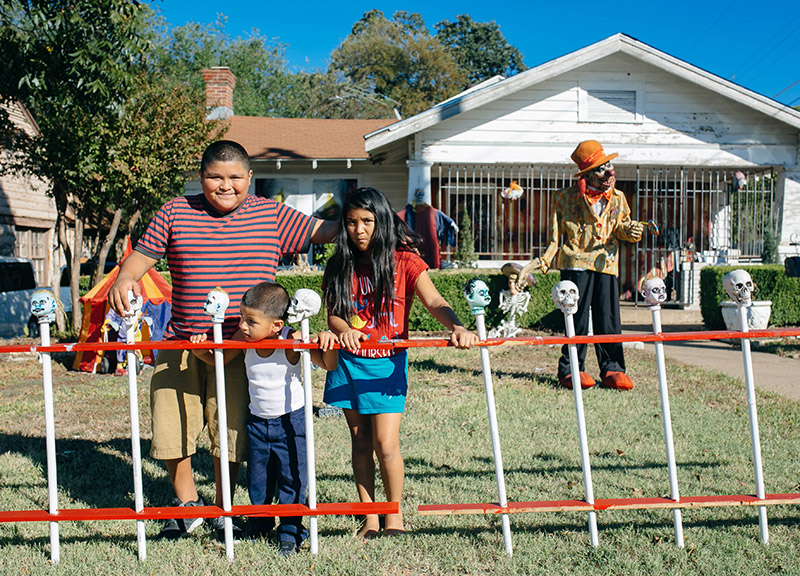 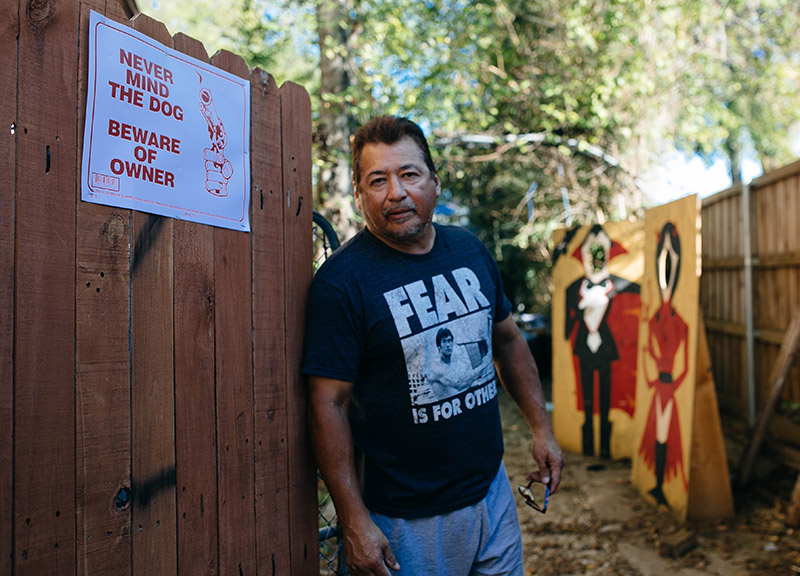 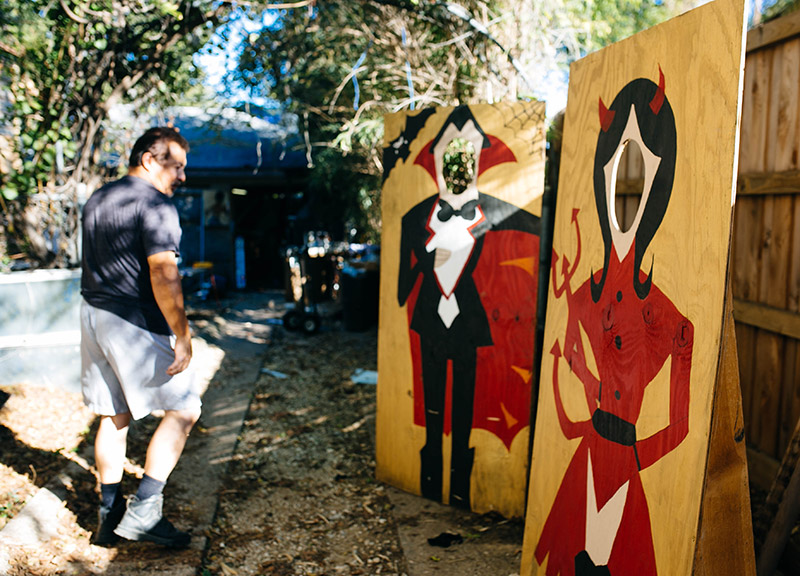 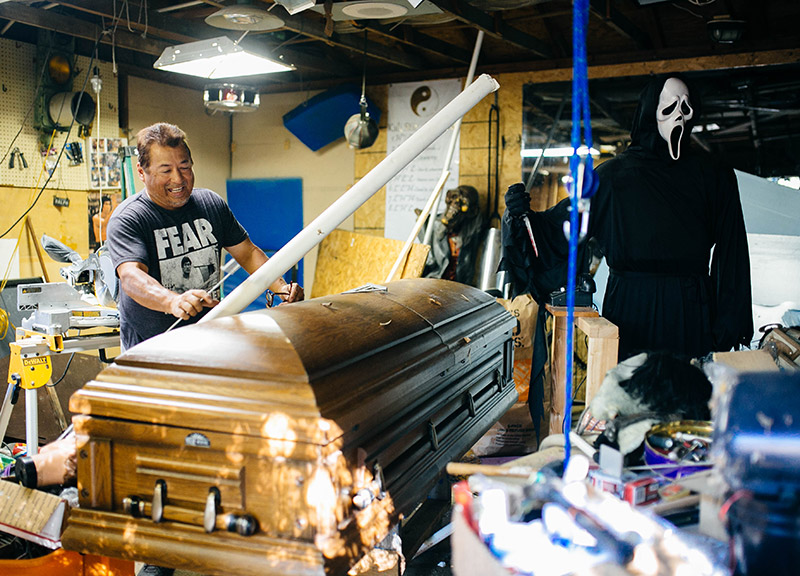 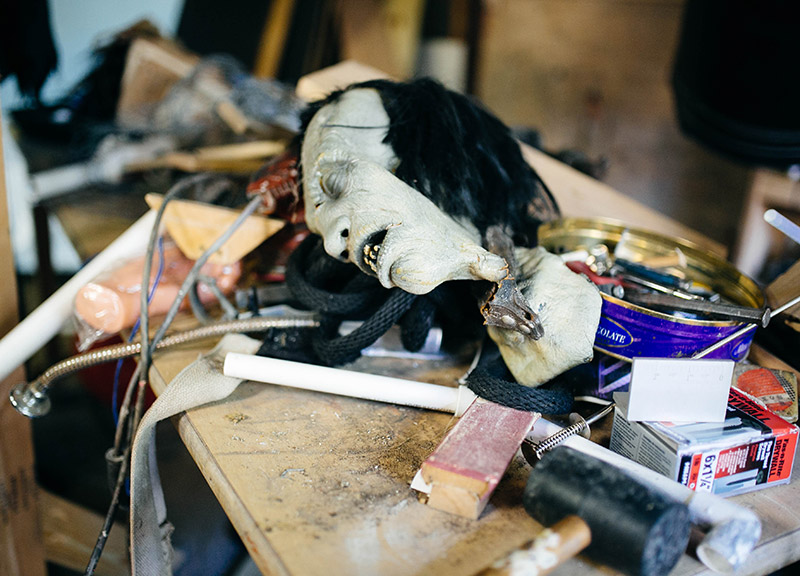 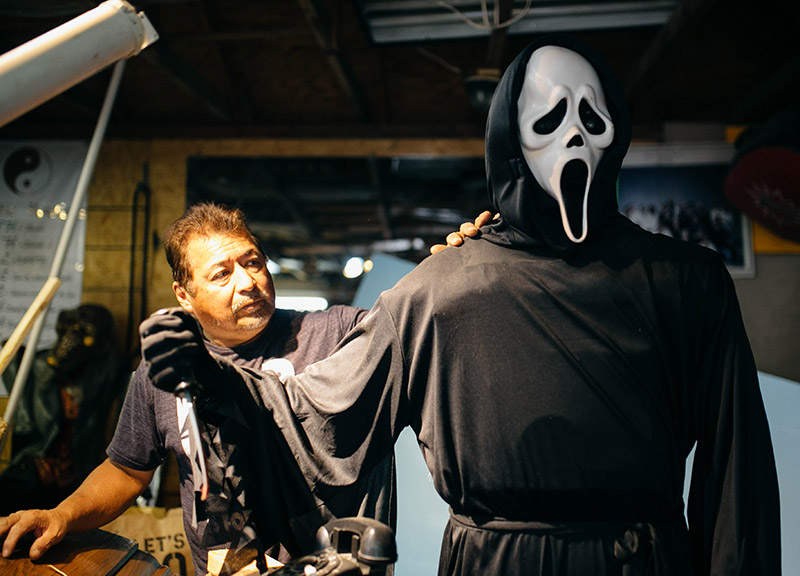 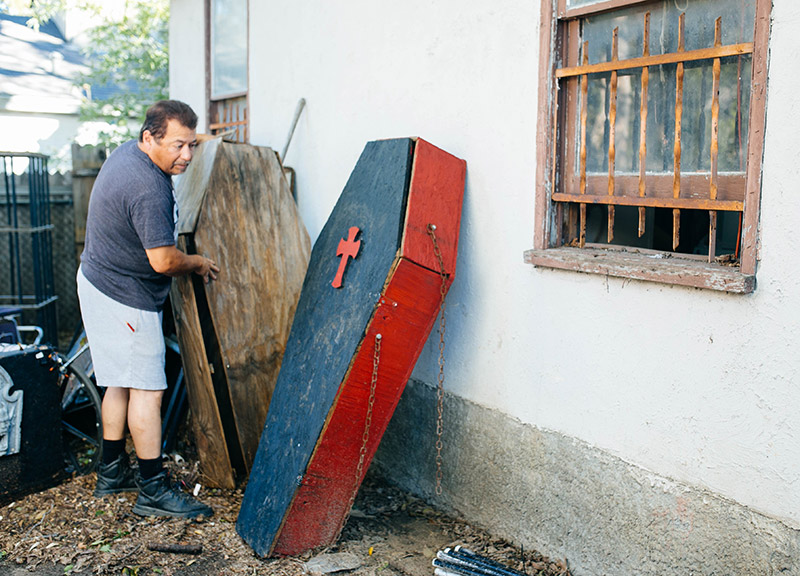 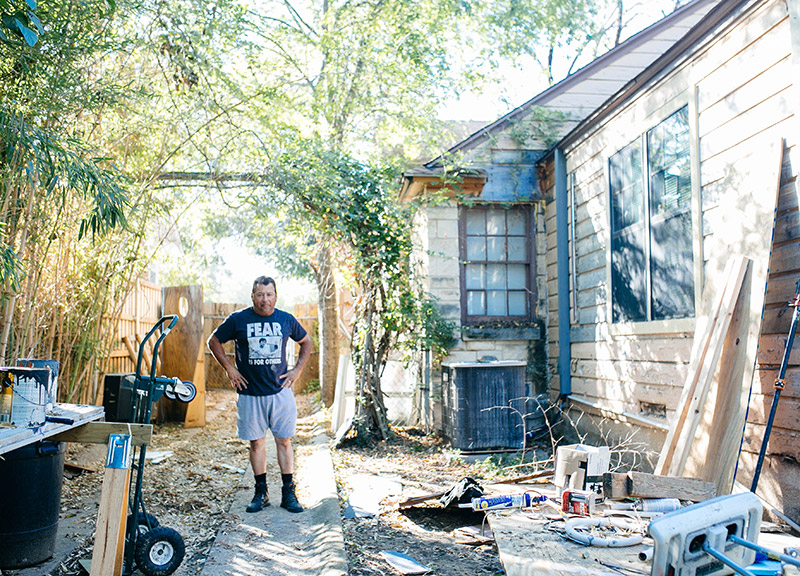 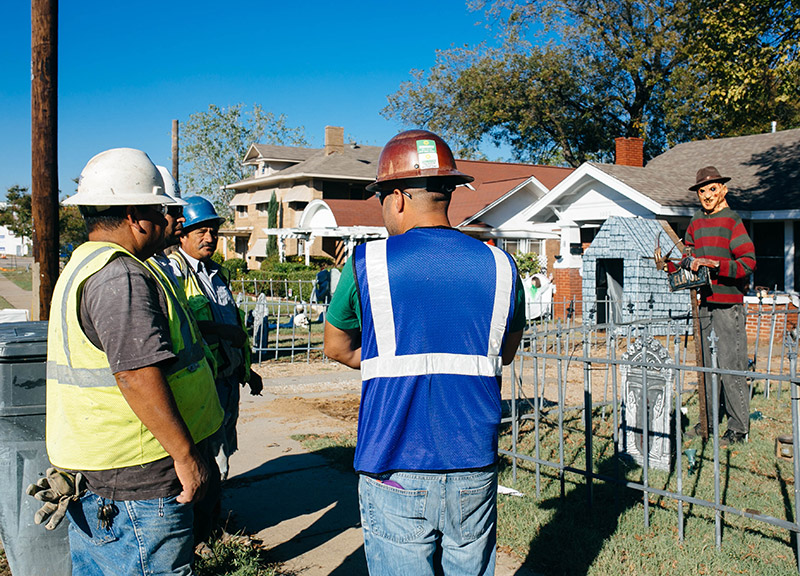 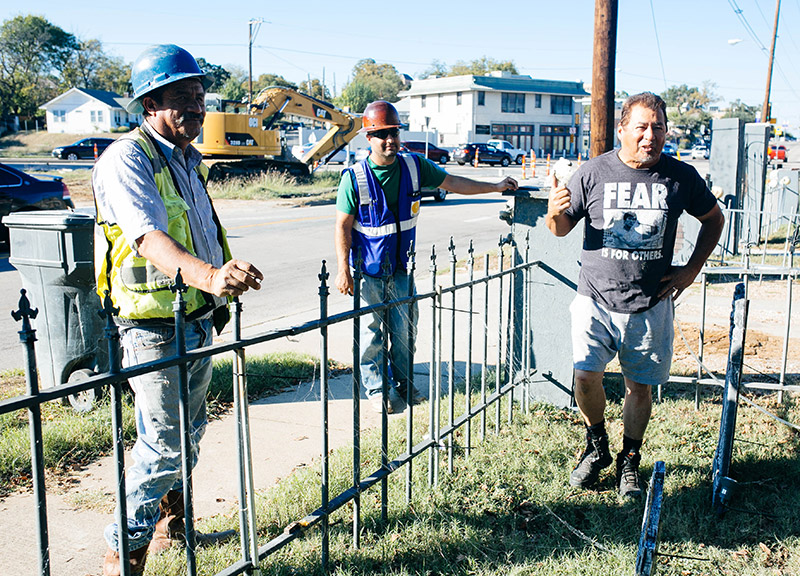 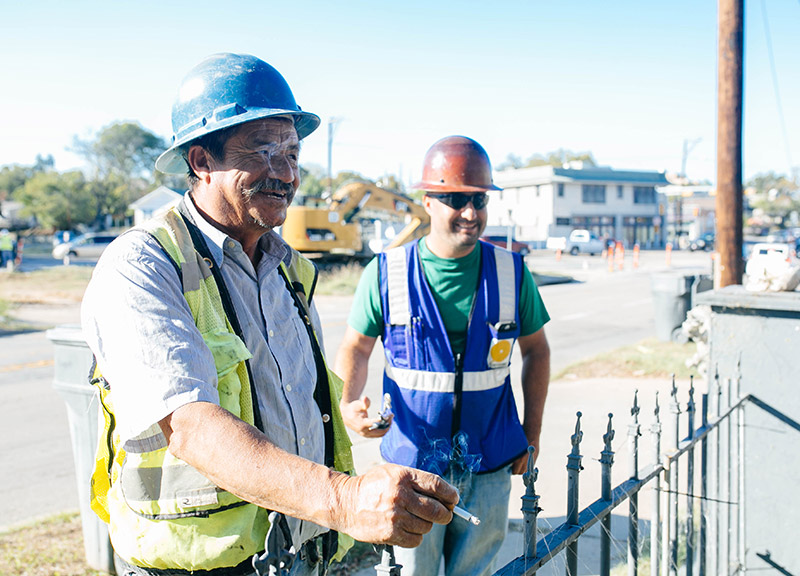 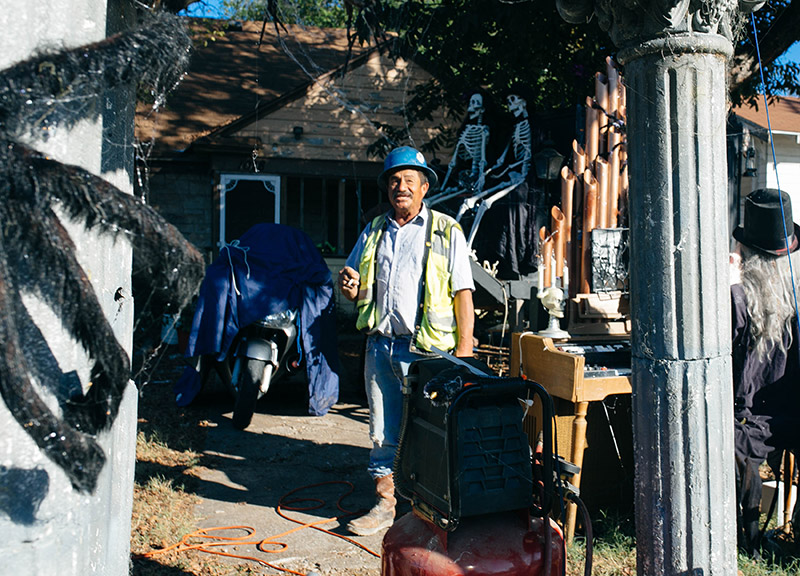 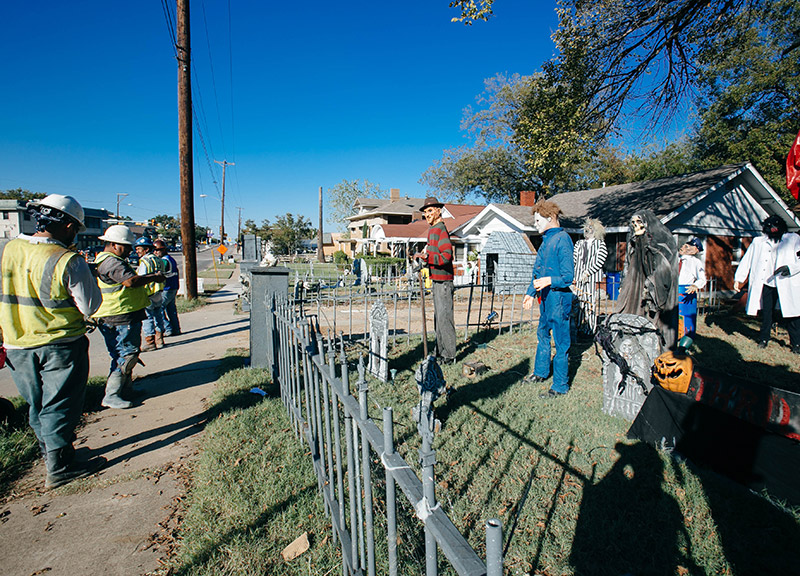 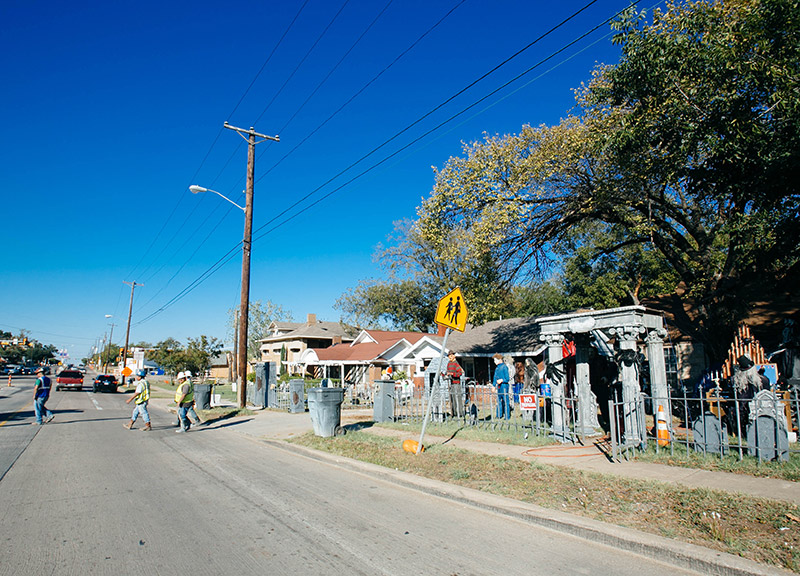 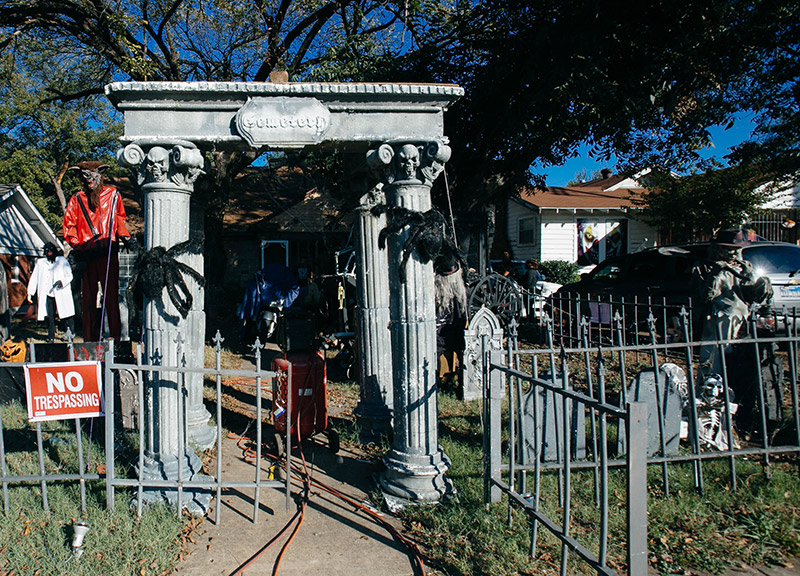