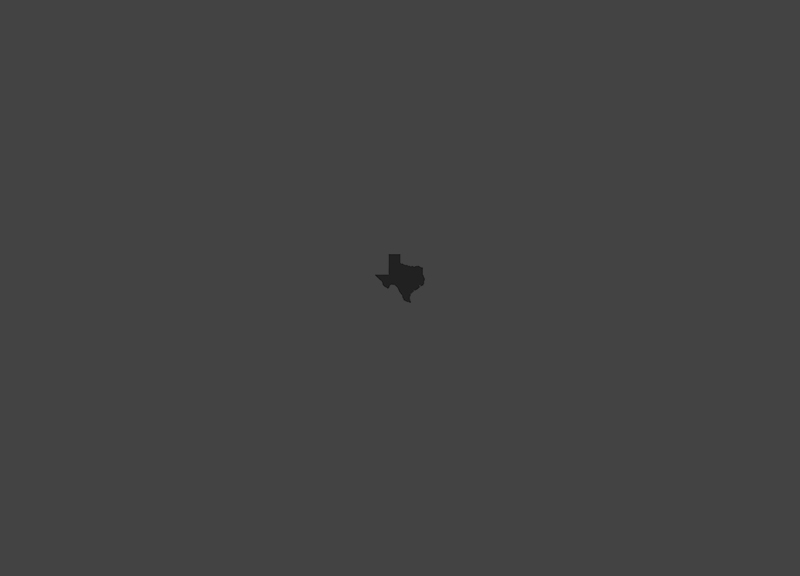 20 Things You’d Think Would Be Bigger In Texas But Aren’t.

Everything’s bigger in Texas — cliches, most of all.

Yes, that bigger-in-Texas claim is kind of obnoxious, isn’t it? Especially considering that it’s far from a truism. Sure, plenty of things are bigger in Texas. But everything? Hardly.

Most things, it turns out, aren’t really bigger here. Like, at all.

Take, for example the 20 following things. These are things you very much would expect to be bigger in Texas. But not so much — not even close!

So maybe we can all stop using that worn-out bigger-in-Texas phrase for good now?

Land and Population. Where do we even get off coining an expression about everything being bigger here, when the state itself isn’t even the biggest in the country? Alaska’s got us beat there by about 394,686-square-miles. Even going by population, California houses some 11,846,000 more citizens than The Lone Star State. That said, we are still bigger than the entirety of the United Kingdom — well, in land, at least.

People. Considering all the fried foods we nom on, it’s a wonder we’re not the fattest state. But, no, Mississippi and West Virginia tie for the honor of being the most obese state with an adult obesity rating at 31.5 percent. Despite the pecan pies, BBQ joints and tallboys we enjoy, Texas is a little thinner, with a 30.9 percent obesity rate. Actually, that might not be worth bragging about.

Frying Pans. Speaking of frying things: You’d think our frying pans would have to be pretty big to accommodate all that downhome country cookin’ we like to whip up. Alas, the world’s largest functional frying pan resides in Rose Hill, North Carolina. It’s 15 feet in diameter, weighs two tons and can cook 365 chickens at the same time.

Cowboy Hats. The most iconic symbol of Texas is perhaps the cowboy hat. So it’s strange then that Seattle houses the largest cowboy hat in the world. The hat measures in at 19-feet-tall and 44-feet-wide. And it was built as part of a Texas-themed gas station, because of course it was.

Cowboy Boots. Big Tex rocks some mighty large boots to be sure, but his aren’t the genuine article, just some dressing on a statue. According to the folks at Guinness, the world’s largest real cowboy boots are an 8-foot-two-inch-tall pair in Ethiopa that some giant apparently wears.

Hair. The higher the hair, the closer to god. That’s another tried-and-true Texas cliche — almost as tired as the “everything’s bigger” one. But if you thought the highest hair sat on top of the head of a Texan, you’d be flat wrong. With an afro measuring four-feet in circumference, Aevin Dugas of Louisiana holds the world record for largest afro in the world.

Churches. God sure is big in Texas, but there are 13 mega-churches bigger than Houston’s Lakewood Baptist and its 45,000 strong congregation. The mother of them all, Yoido Full Gospel Church in South Korea, boasts a congregation that’s an astounding 830,000 deep. Worse, the former NBA arena that is Lakewood Baptist doesn’t even compare to the country’s largest church, New York’s 121,000-square-foot Cathedral of St. John the Divine.

Guns. This is gun country, right? Well, except for the fact that the largest working revolver in the world can be found in Poland. The chamber on that one carries six 4.8-ounce bullets and has a range of 50 meters. That said, smaller guns make for a quicker draw. Duh. So it’s, like, whatever.

Cattle Population. Considering the cattle drives that helped shape our state’s early development — not to mention its sheer size — there aren’t as many cattle here as you’d think. Sure, our 11.8 million head of cattle nearly double’s our next-closest stateside competitor — that’d be Nebraska’s 6.3 million cows — but it’s nothing compared to what’s going on in the rest of the globe. The worldwide leader in cattle population is India with 285 million head. Also impressive? Brazil’s 187 million cattle and China’s 140 million, both of which greatly surpass the U.S.’s 89.8 million total figure.

Oil Fields. Oil is so synonymous with Texas that one of our NFL team’s was previously named after it. And, sure, maybe four of the country’s 10 biggest oil fields still lay here — including the biggest in the states, a field in Eagleville produces some 238 million barrels annually — but they pale in comparison to the incomprehensibly huge 348-by-50-mile oil field found off the Scottish coast. That em-effer is capable of producing something like 5.4 billion barrels per year.

Football Stadiums. Football in Texas is a way of life. But when it comes to building the country’s biggest football stadiums, we certainly drop the ball — at every level, too. The state’s biggest high school stadium, Mesquite’s Memorial Stadium, holds about 20,000 people — or, about 8,650 fewer than Joe Albi Stadium in Spokane, Washington. In college, the Aggies’ home at Kyle Field holds a whopping 102,500 on any given Saturday, but that’s 7,400 fewer than the Wolverines’ home at Michigan Stadium. Oh, and on the pro level, the 80,000 standard configuration that AT&T Stadium rolls out for Cowboys games? It falls short of the Jets and Giants’ standard 82,566 setup at MetLife Stadium in New Jersey.

HD Screens. As much as Jerry Jones and Co. like to boast about the size of the Death Star’s ginormous video screens, theirs only measures a puny 11,520-square-feet — or good enough for 22nd biggest in the world. Across Texas, Big Hoss at Texas Motor Speedway and the Texans’ screen at Houston’s NRG Stadium 20,622- and 14,548.7-square-feet, respectively — are bigger. In fact, there’s 12 bigger screens across the country that are bigger than any of those. As for the international contingent, that list is topped by the gargantuan 172,220-square-foot beast in Suzhou, China’s Harmony Times Square.

Houses. You can have a home where the buffalo roam if you want, just know it won’t nearly be one of the country’s largest. The largest mansion in the country, a 90,000-square-foot beauty called Versailles in Windermere, Florida, is valued at $100,000,000. That’s nearly double the size of Texas’ biggest contender: Much further down that list is the Champ d’Or house in Denton County, coming in at 48,000-square-feet and a $35 million valuation.

Malls. While Highland Park Village is is considered America’s first shopping center, and Mesquite’s Big Town Mall was one of the country’s first enclosed, air-conditioned shopping malls, this, too, is an area in which we’ve been surpassed. There are eight whole malls ranking ahead of The Galleria Houston’s 2,221,000-square-foot when it comes to sheer size. The granddaddy of them all is of course Minnesota’s Mall of America, which boasts an astounding 4,200,000-square-feet to get lost in. Oh, and a roller coaster.

Cow Skulls. C’mon. The world’s largest cow skull isn’t in Texas, either? Nope. The title for world’s largest replica cow skull belongs to a vacant restaurant in Arizona. The horns alone on that sucker reach an impressive 30-feet high mark.

Fake Breasts. If Dallas is known for one thing, it’s our proclivity for fake boobs. Apparently, though, even our breast enhancements are, um, more tasteful than what you’ll find in a lot of other places. Mayra Hills, a German model, wears a 32Z size bra because each of her fake breasts weighs 20-pounds. Together, her chest weighs about the same as a car tire.

Beer. Somewhere around 90 breweries are currently operating across the state these days, but that figure’s nothing on the 288 breweries operating in California — or, for that matter, Colorado’s 182 or Washington’s 157. In fact, there are seven states ahead of Texas on the number-of-brewery rankings. That said, most of those spots are micro-breweries, which goes against the whole “big” thing to begin with.

Strip Clubs. Dallas might have been a pioneer in the world of strip clubs, but those, too, were perfected and enlarged elsewhere. With around 8,000 girls on its roster and a building that’s some 70,000-square-feet big, Sapphire in Las Vegas is the world’s largest strip club. Yeah, fine. But how’s the buffet?

Stars. The stars at night sure are big and bright down here. But they’re not bigger and brighter. If you want that, you need more darkness — and Canada’s Wood Buffalo National Park is the darkest accessible star-gazing preserve in the world. Clap, clap, clap, clap.