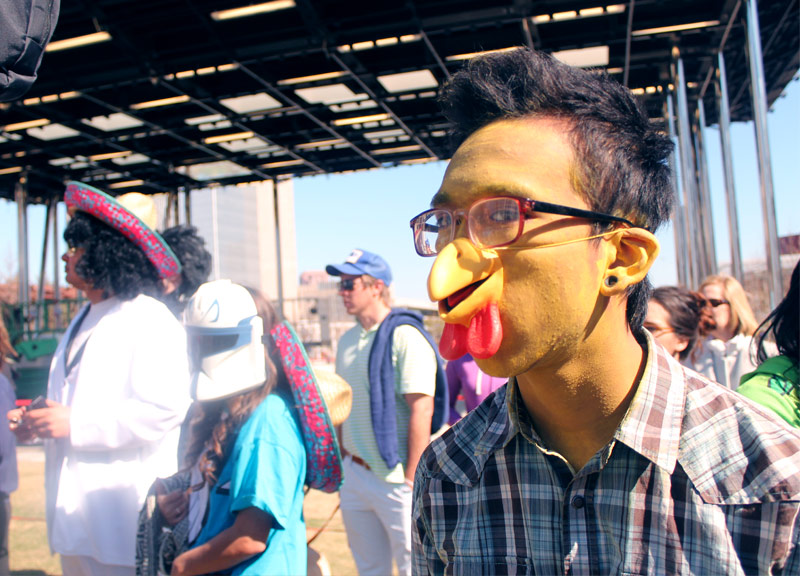 The Most Outrageous Participants From Saturday's Harlem Shake Shoot At Klyde Warren Park.

Roughly two weeks ago, YouTube user DizastaMusic uploaded a video of himself and three of his pals donning Morphsuits and quivering their torsos ferociously to Baauer's “Harlem Shake.” And thus started an endless string of folks posting their own renditions of the video.

Most of the posted clips have several things in common. Typically, these videos begin with one individual — usually wearing a helmet of some sort — pelvic-thrusting in a public location while everyone around them goes about their business as usual. Then, when the beat drops, all hell breaks loose. Editors give the clips a quick cut and, suddenly, the screen is filled with folks dressed in all manner of outrageous costumes shaking rapidly for ten seconds or so.

Is it kind of dumb? Sure. But, according to one report, more than 40,000 different takes on the meme had been posted to the YouTube as of February 15, earning a more than 175 million views in total.

Heck, the Dallas Mavericks have even gotten in on the action.

This past Saturday, a thousand or so Dallasites trekked to Klyde Warren Park to help local advertising photographer Brian Braun in his efforts to create the quintessential Dallas version of the Harlem Shake meme.

For about an hour Braun, barked instructions into a PA from his perch atop a ladder at the far end of the park, eventually wrangling the costumed masses to his will. Before nightfall, Braun had already posted the fruits of his labor. As of this writing, the clip, which we've posted below, has already been viewed more than 46,000 times.

We were there, too, of course, capturing some behind-the-scenes action and taking photos of the more outrageously dressed participants. Check out those characters below. 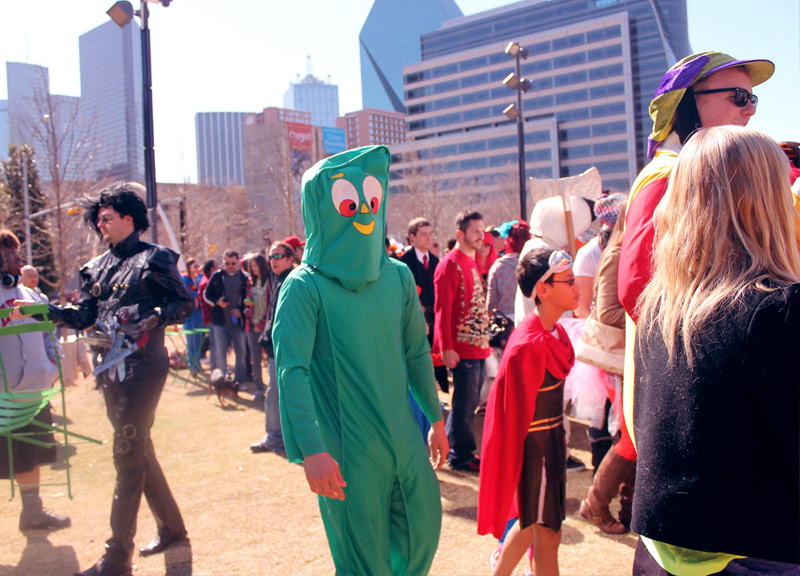 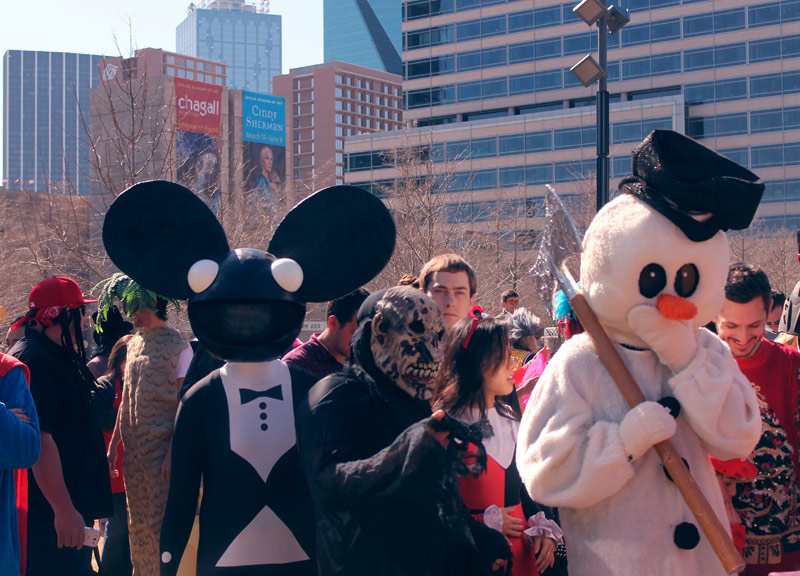 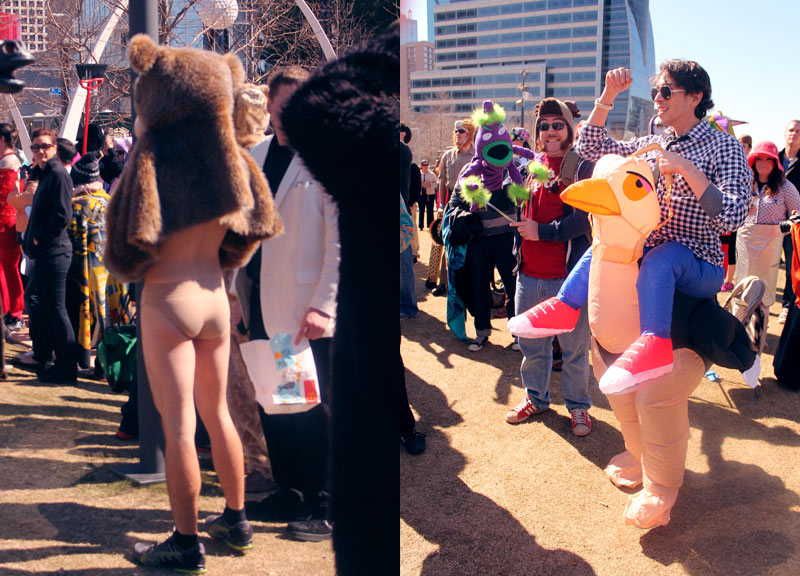 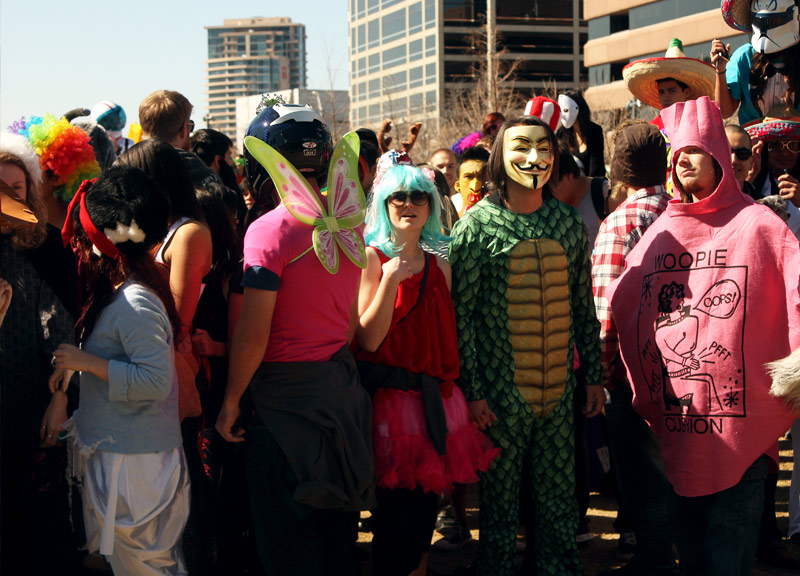 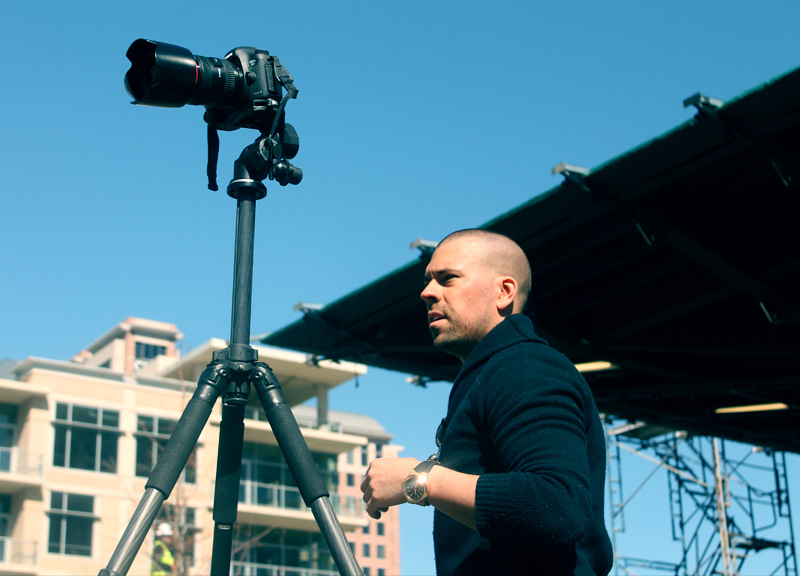 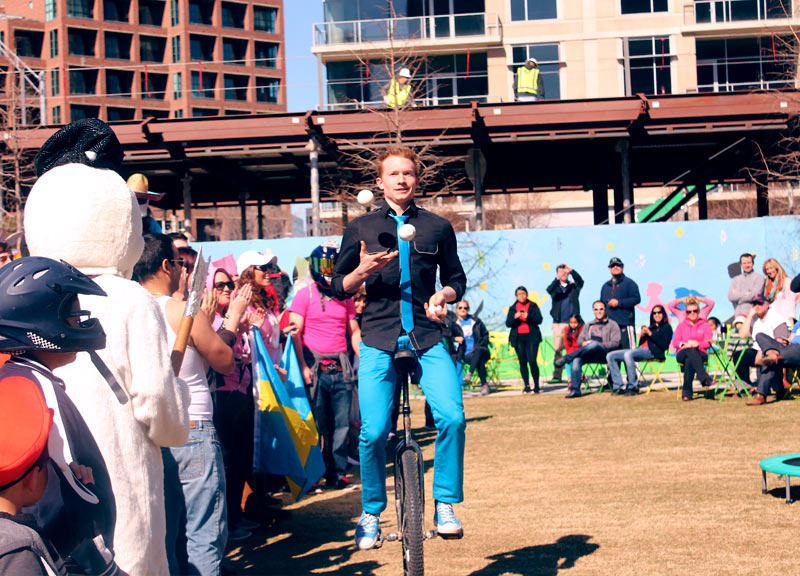 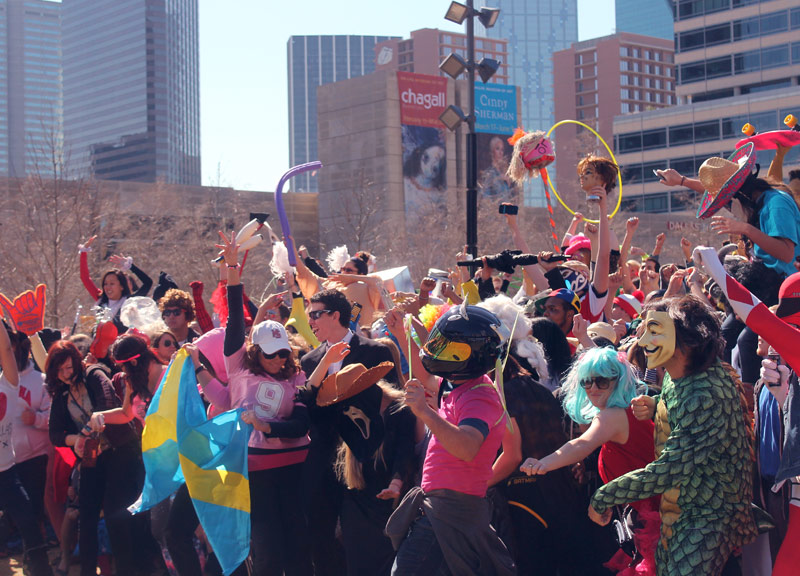 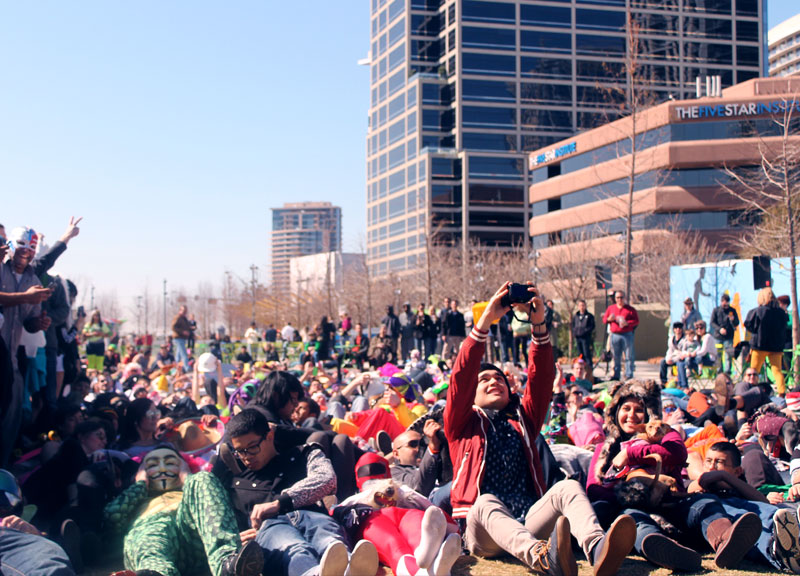 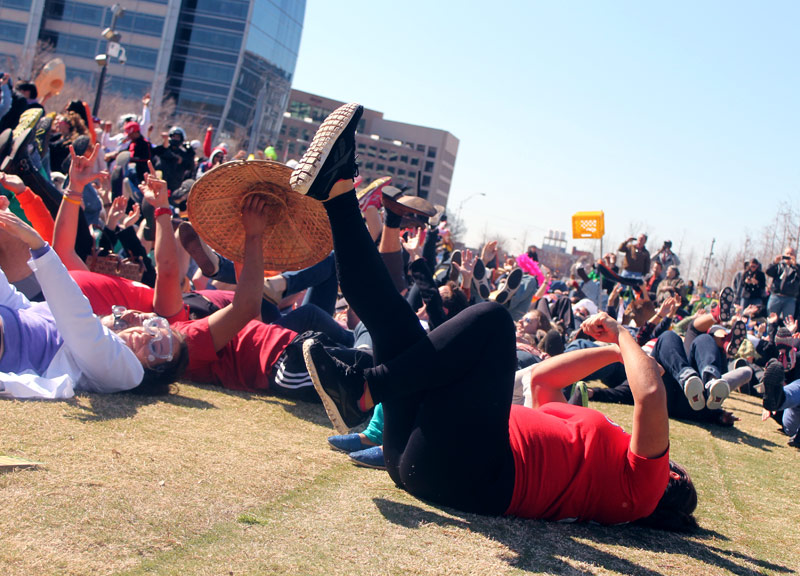 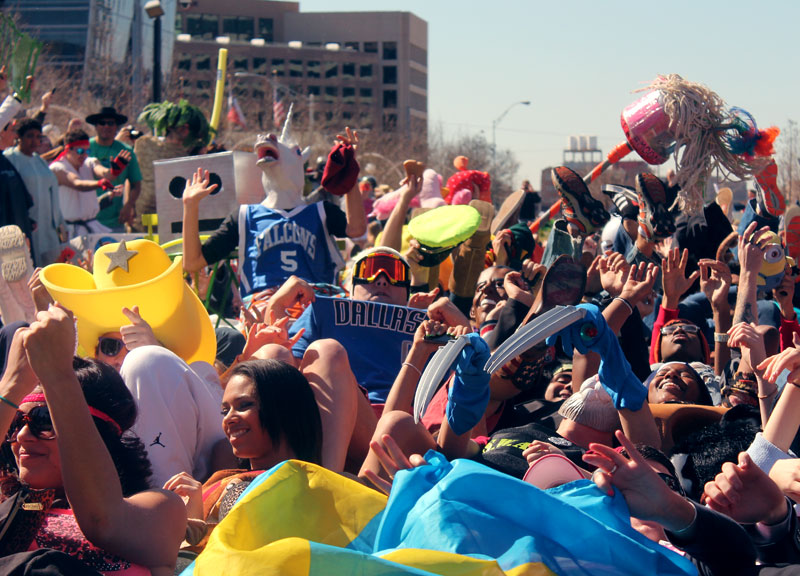 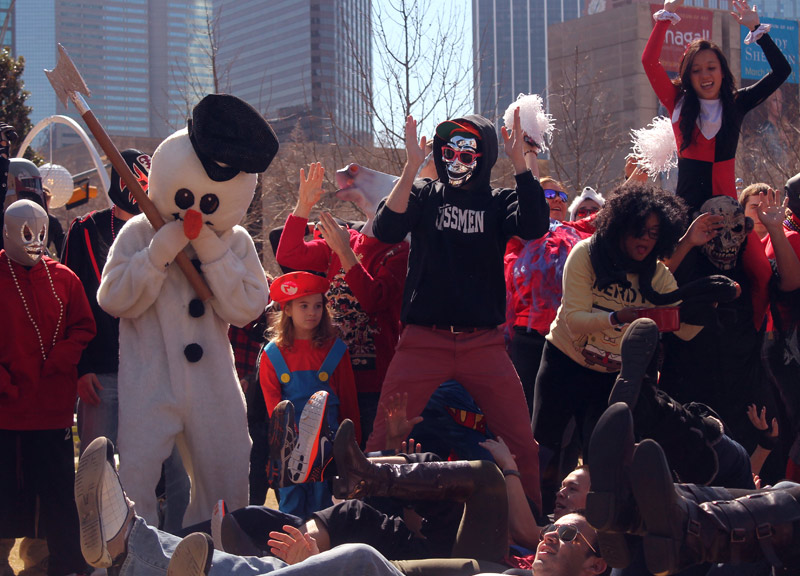 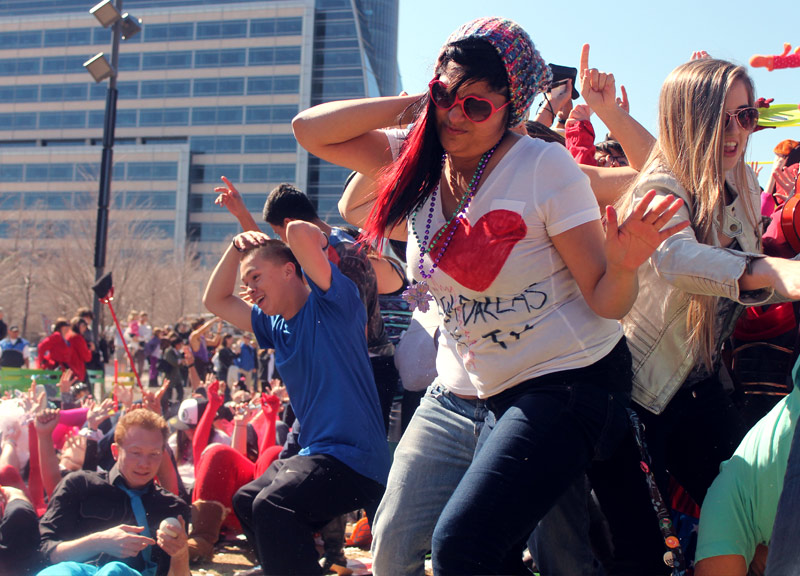 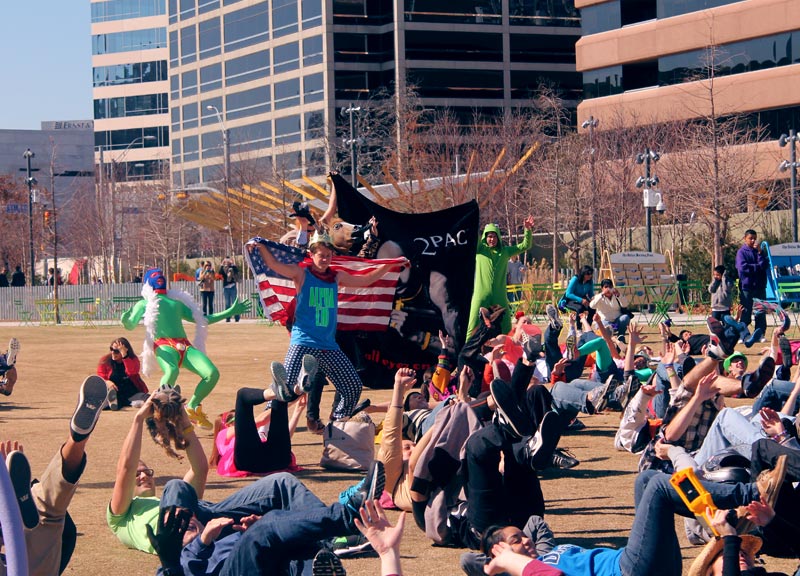 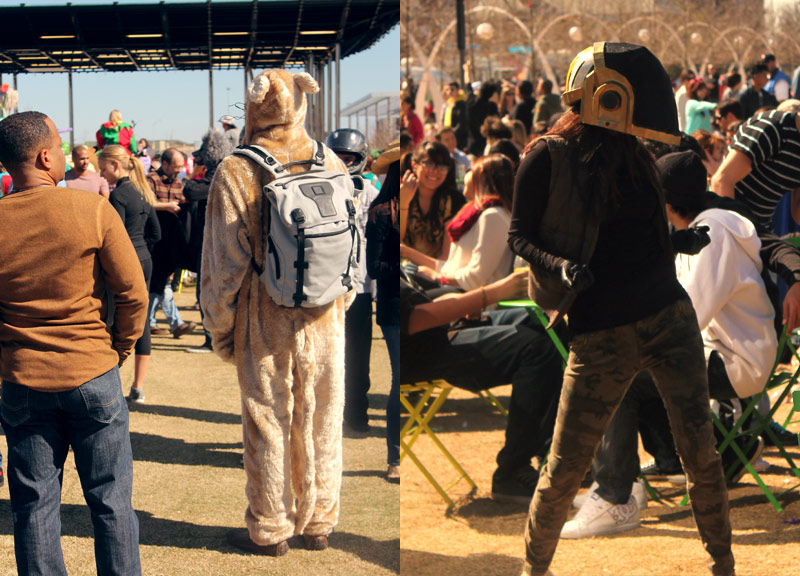