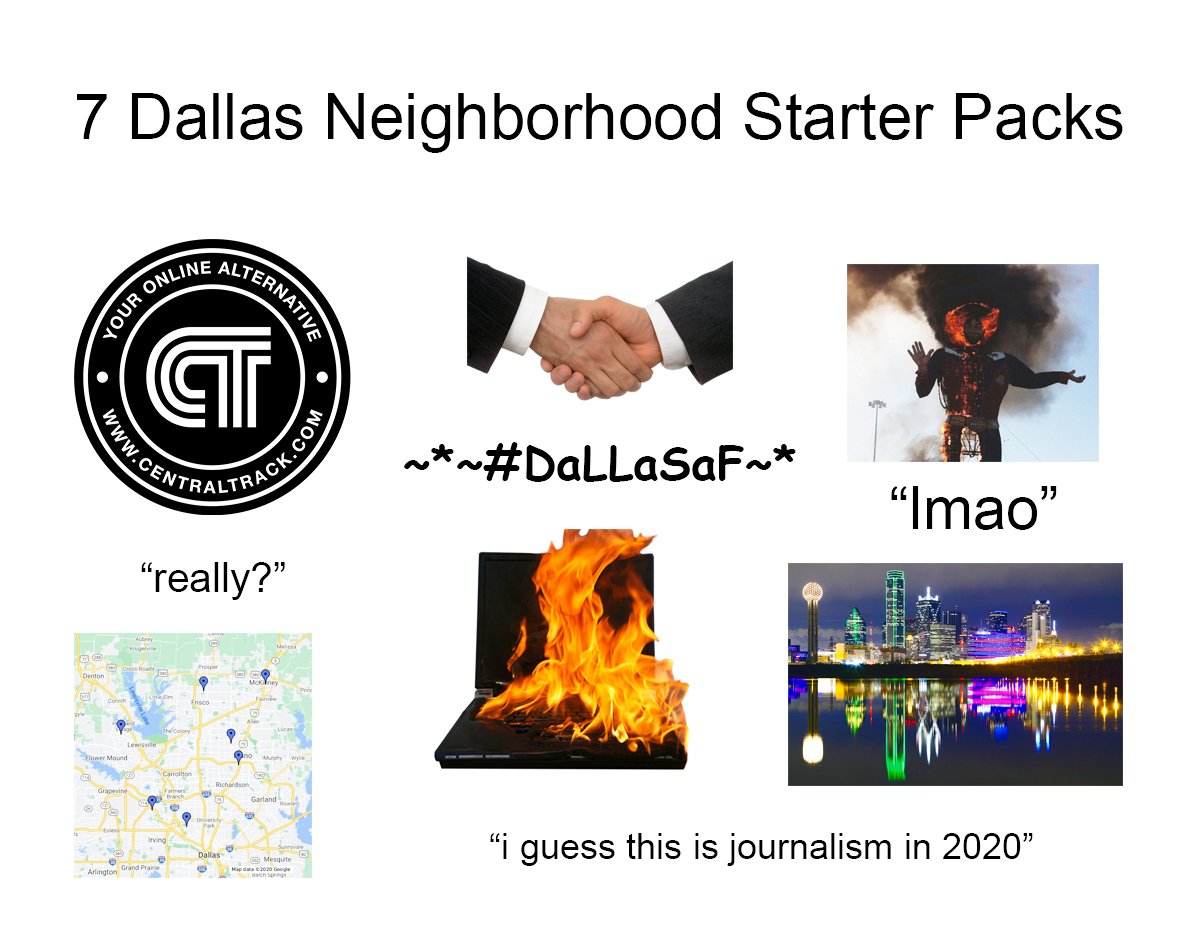 Nothing On The Internet Is Sacred — Including These Seven Dallas Neighborhoods That We’ve Decided To Meme’d Into Starter Packs.

Ah, yes: The age of the internet.

It’s a special era where memes double as something funny to laugh at — but also a credible news source.

I mean, we’ve all seen how well this strategy has worked out for Facebook, right? Right?

And what better way to regurgitate completely and utterly factual information on a few Dallas neighborhoods than to have them presented in a nice and easily digestible format — like, say, a starter pack meme.

If you’re living under a rock or just got unfrozen out of your cryogenic chamber where you’ve spent the last 300 years and have no idea what the hell we’re talking about, allow us to fill you in: A “starter pack” is a collage of images meant to represent the archetype of any given genre, subculture or even, as you can see below, seven various Dallas neighborhoods.

SEE ALSO: [QUIZ] Which Dallas Stereotype Are You?

Still don’t know what any of this means? 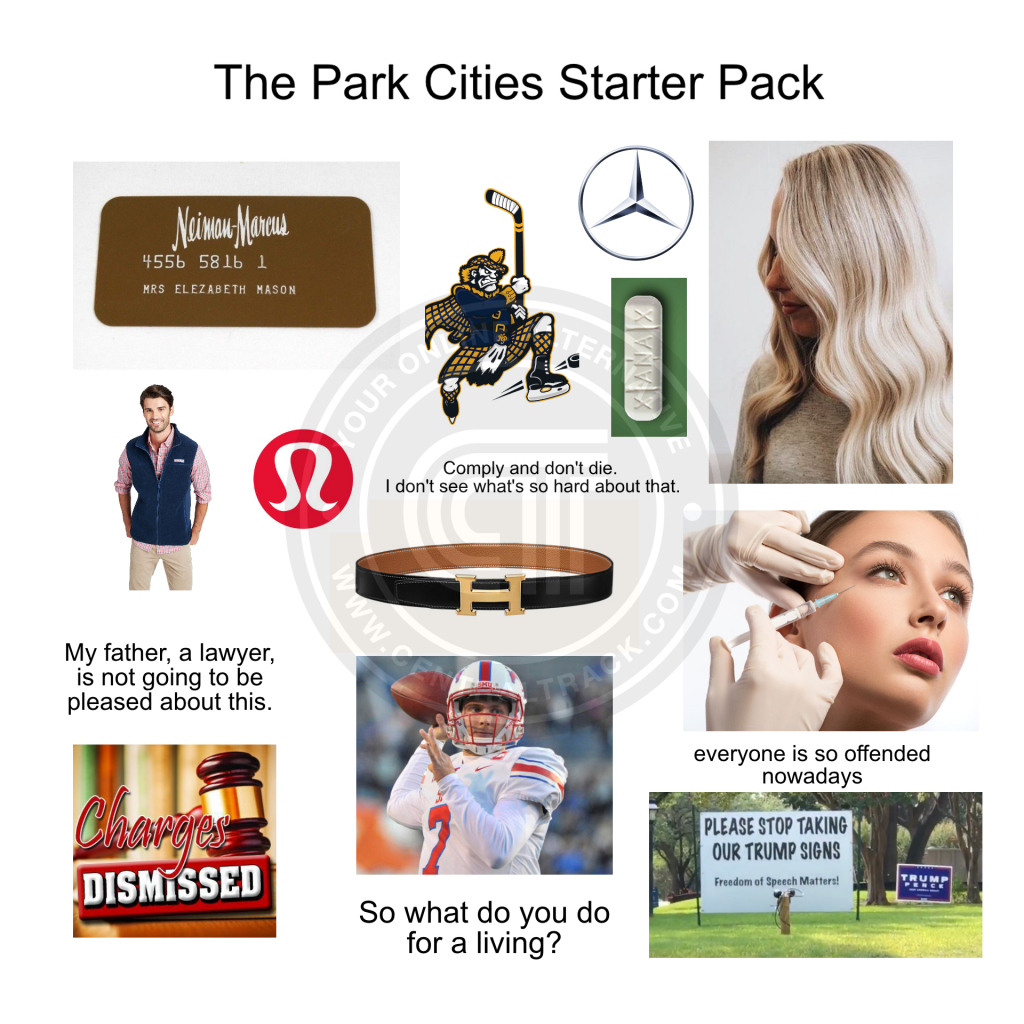 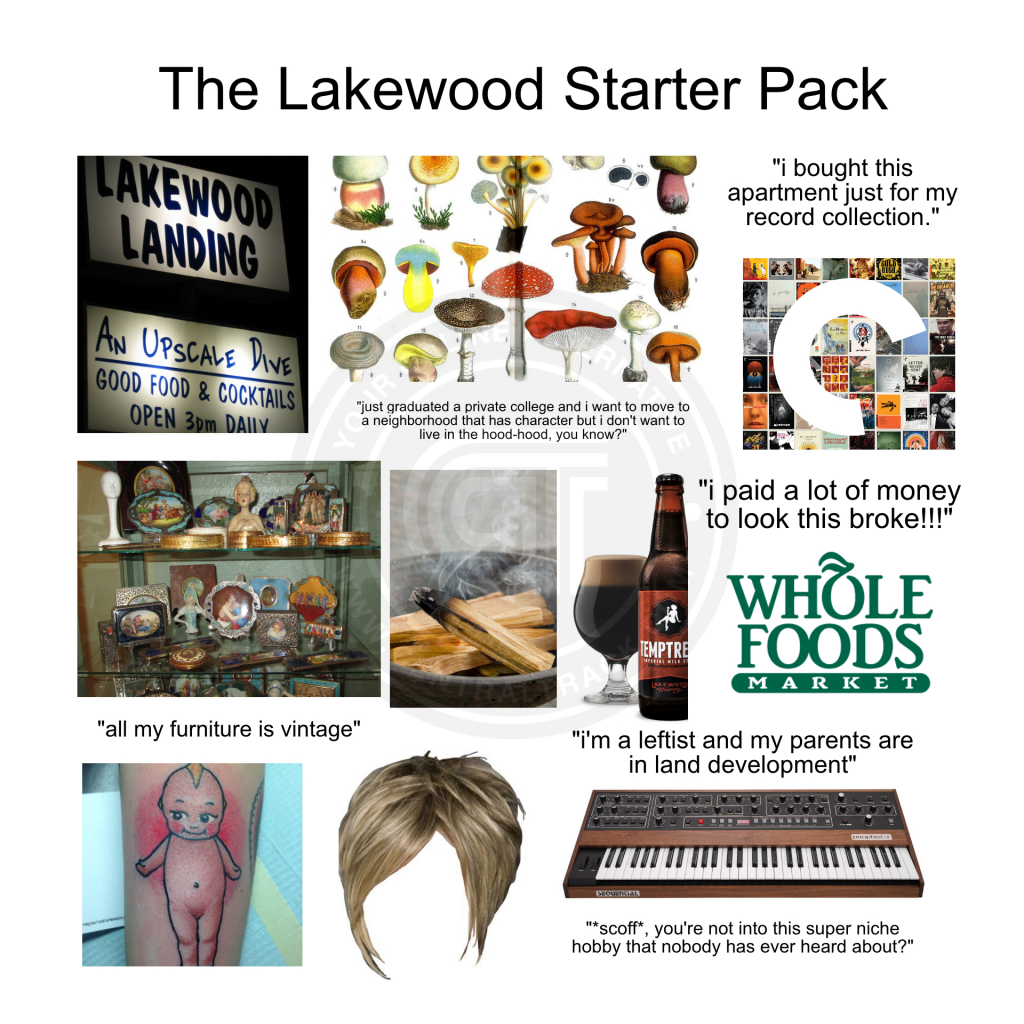 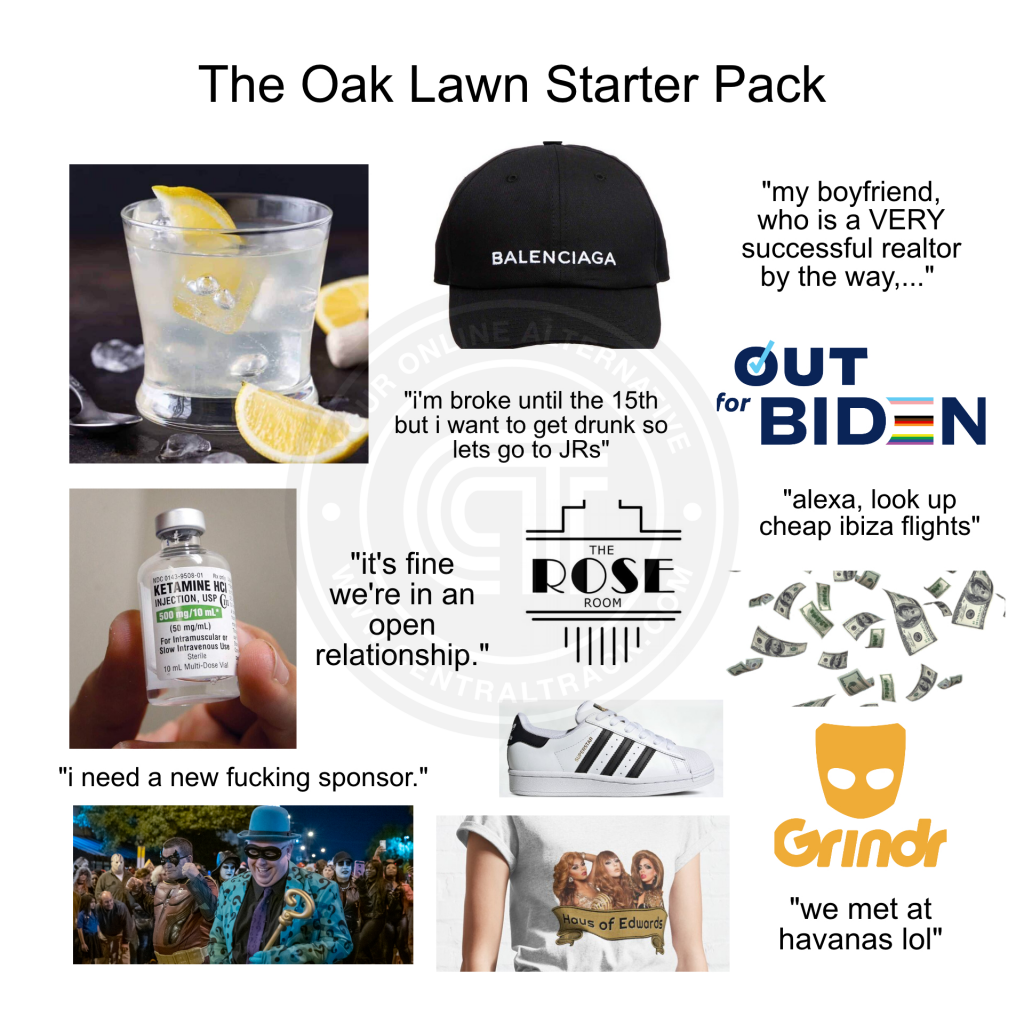 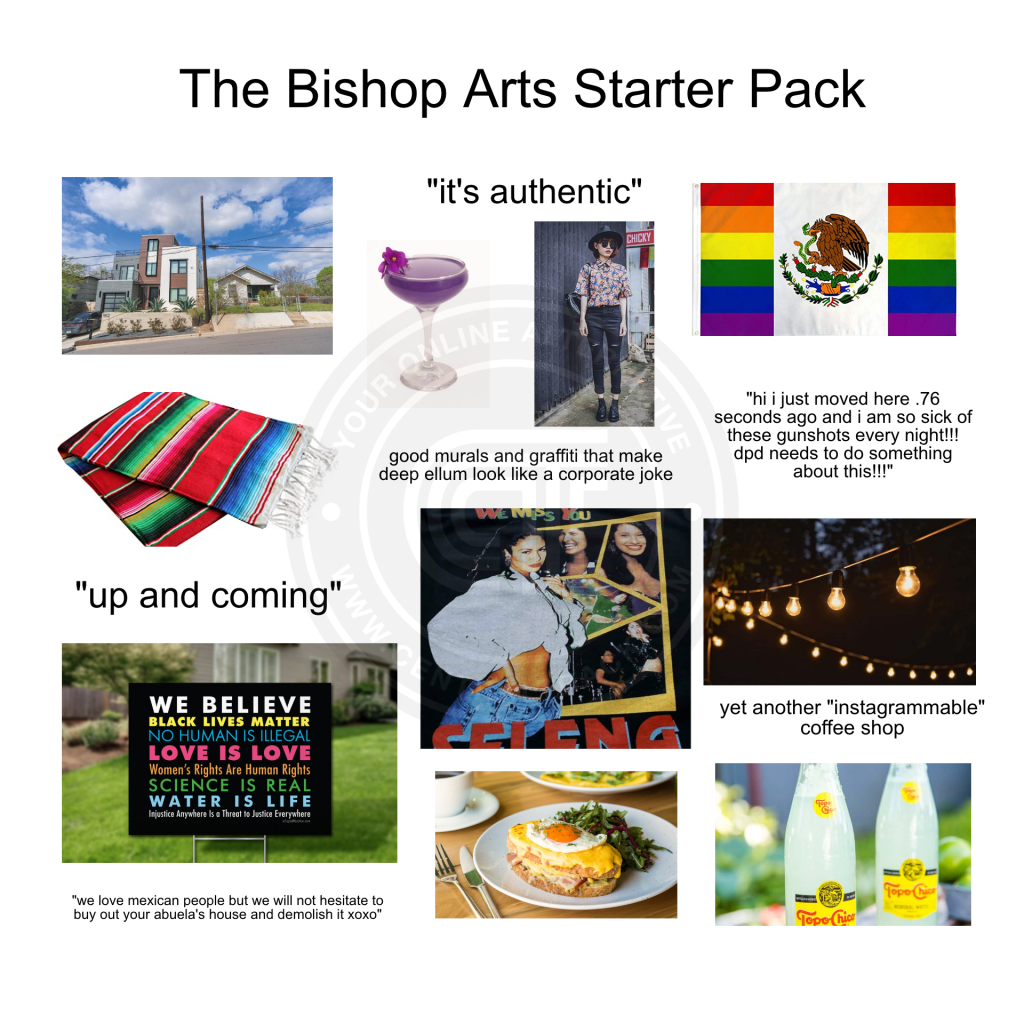 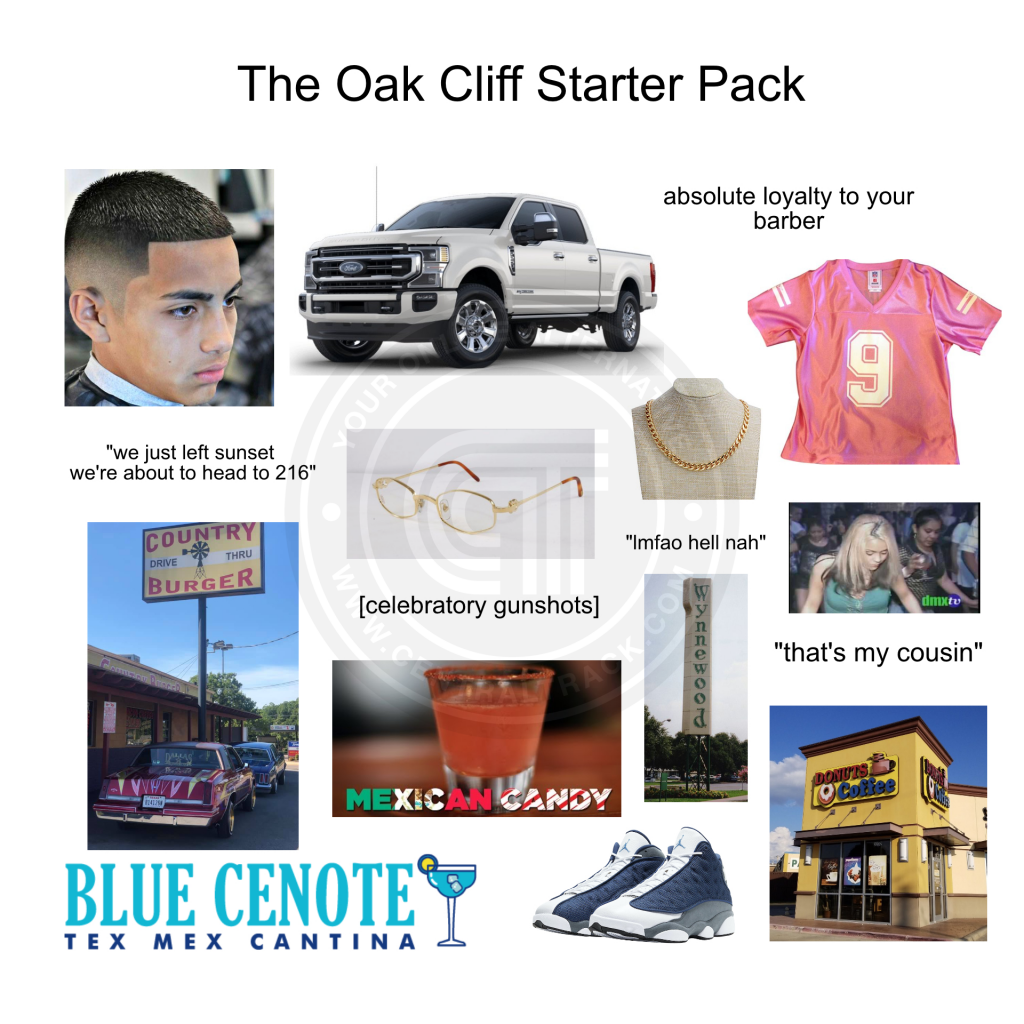 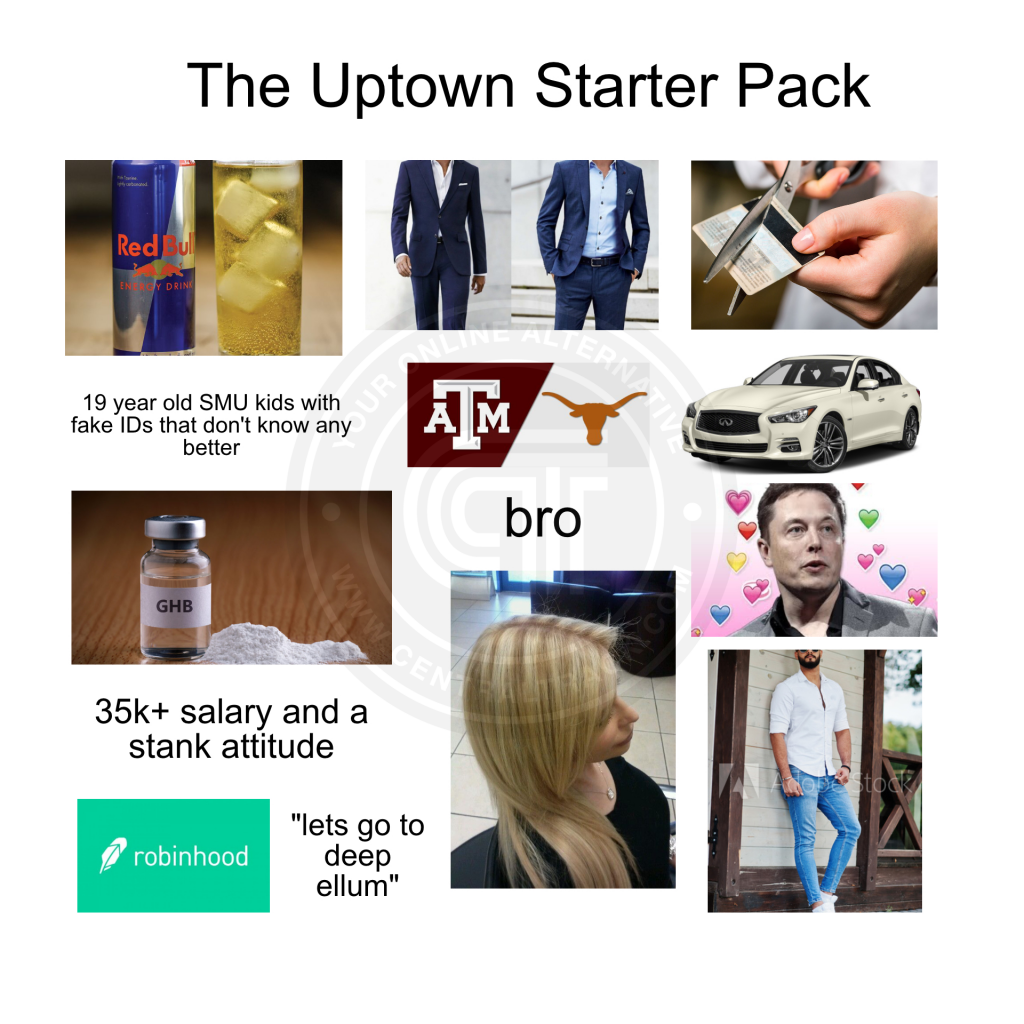 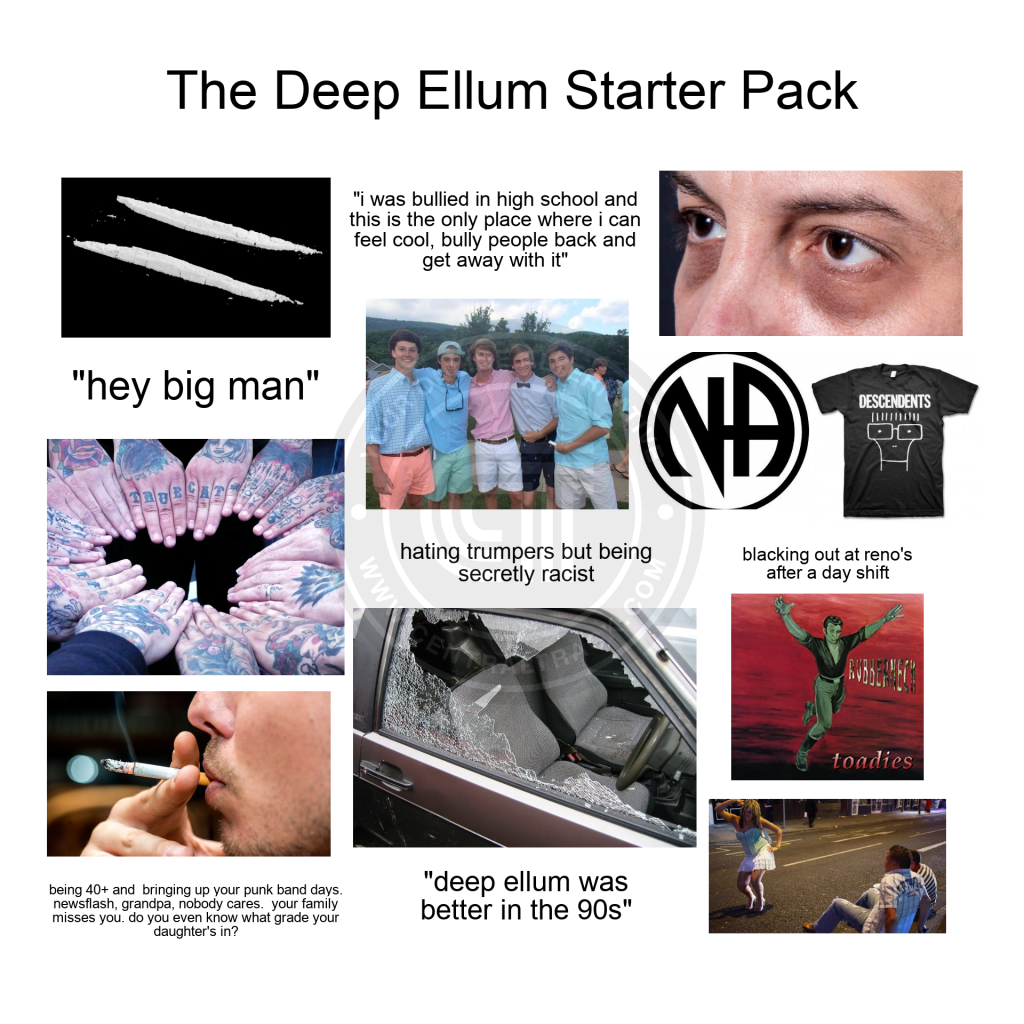