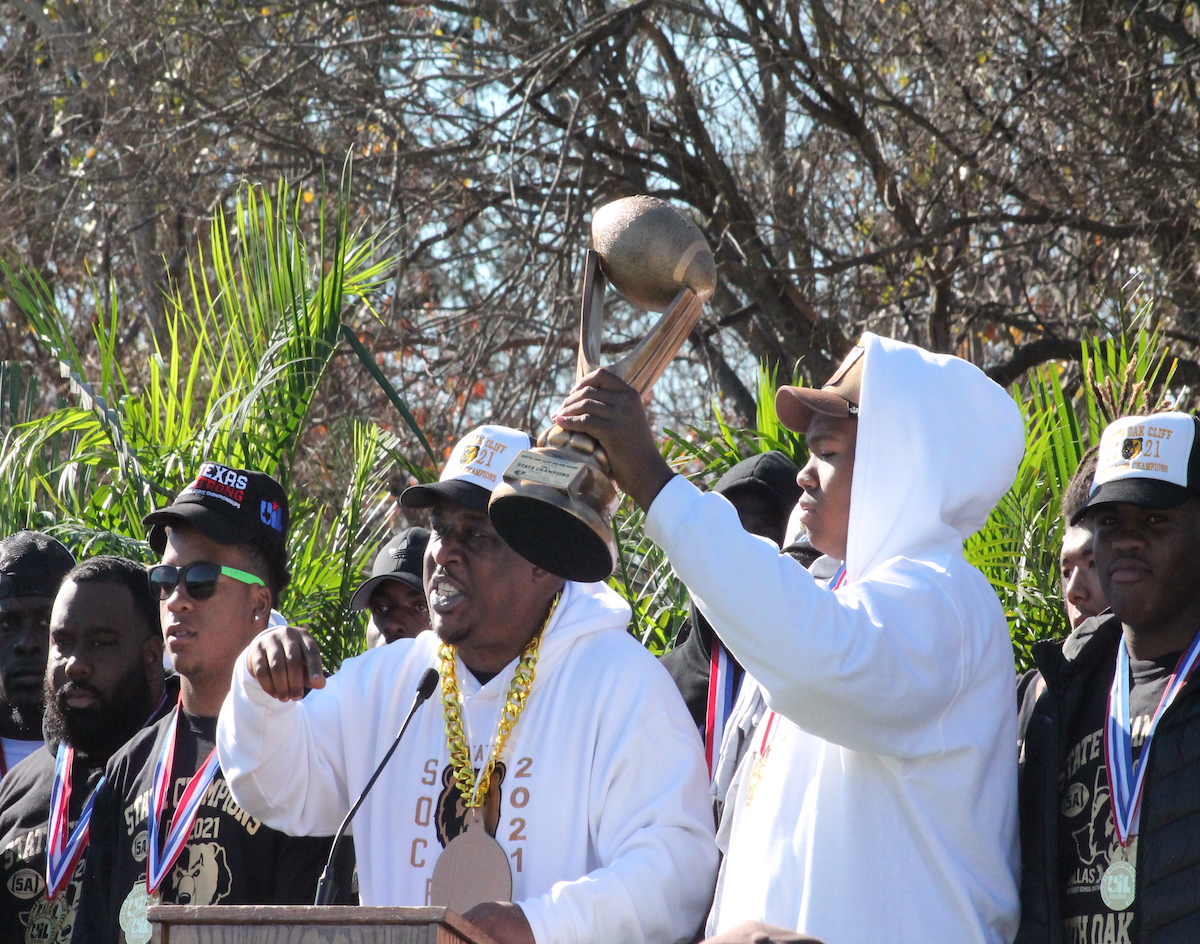 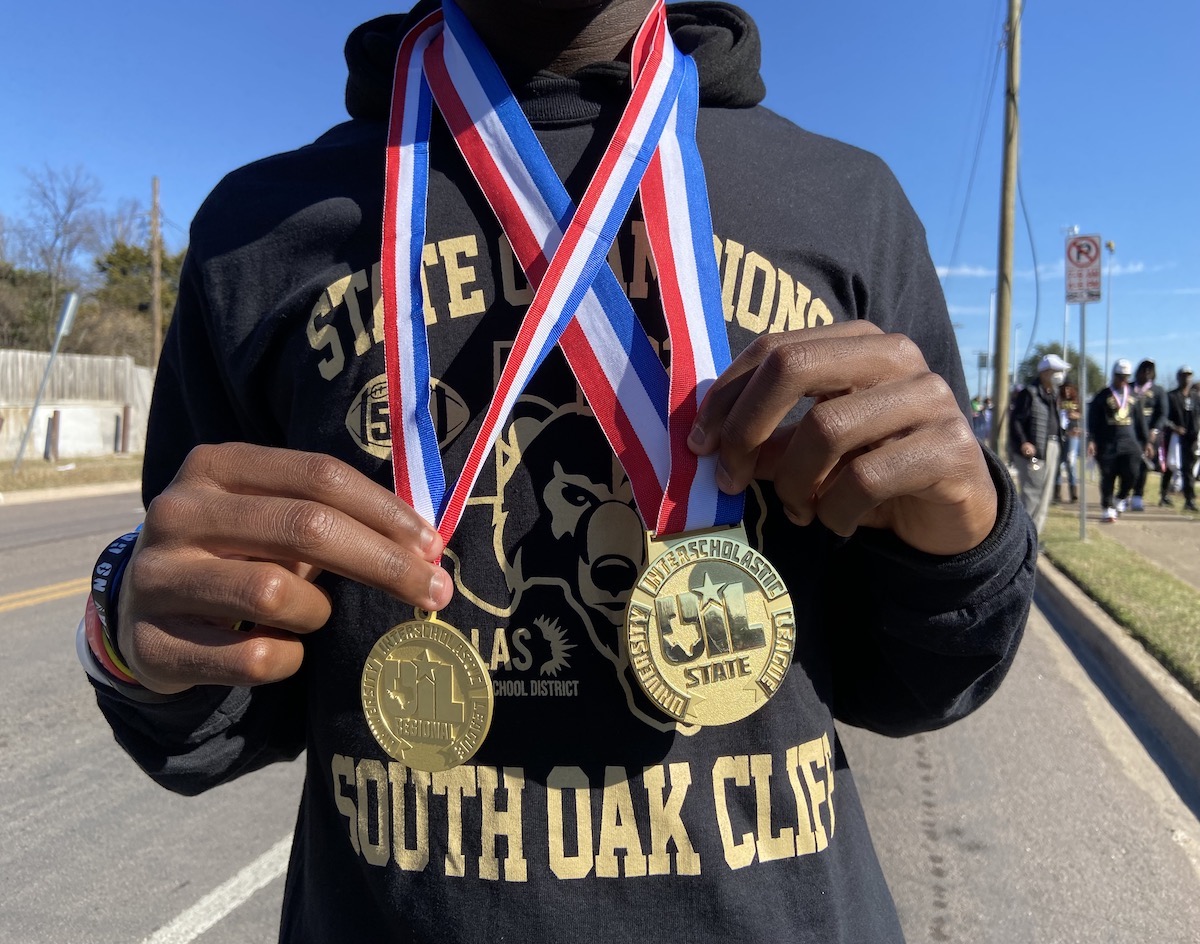 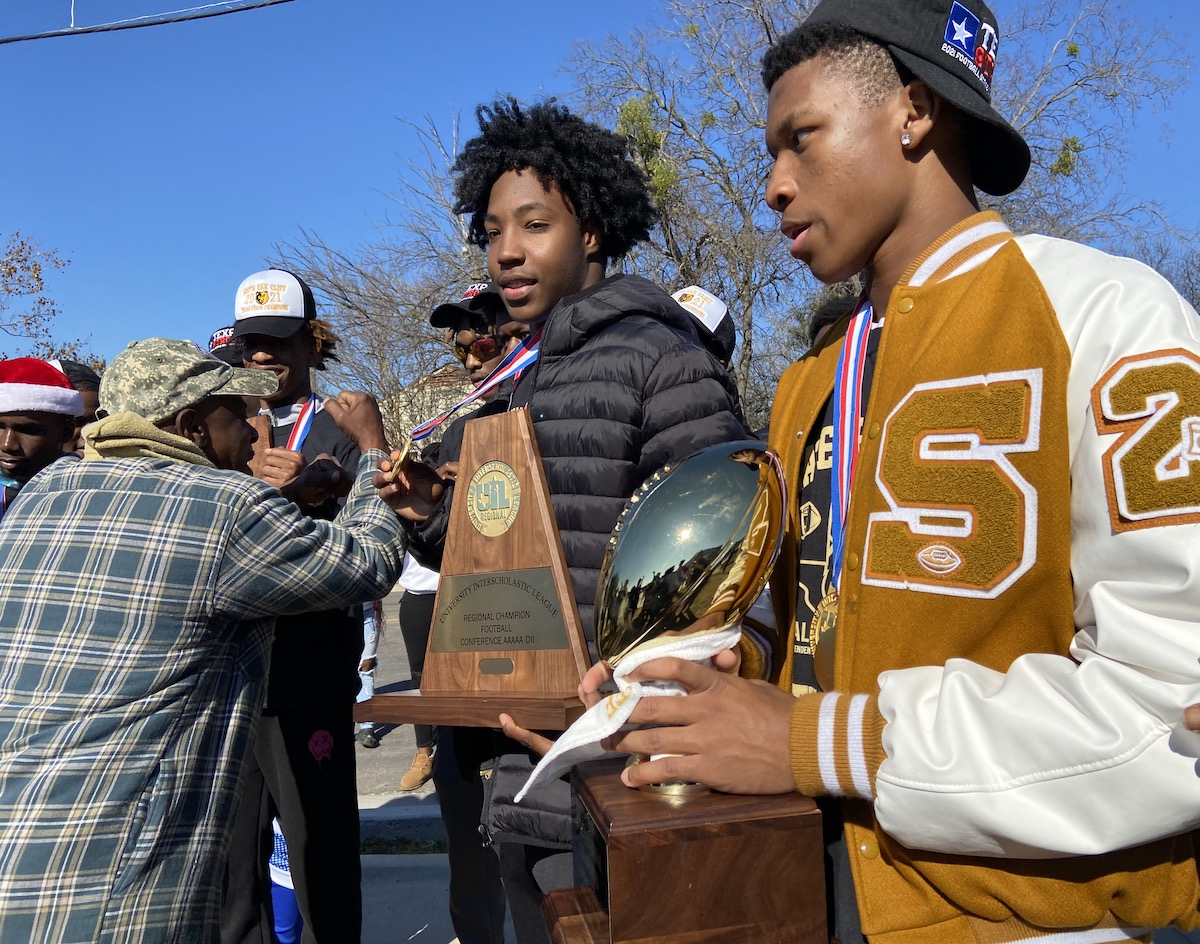 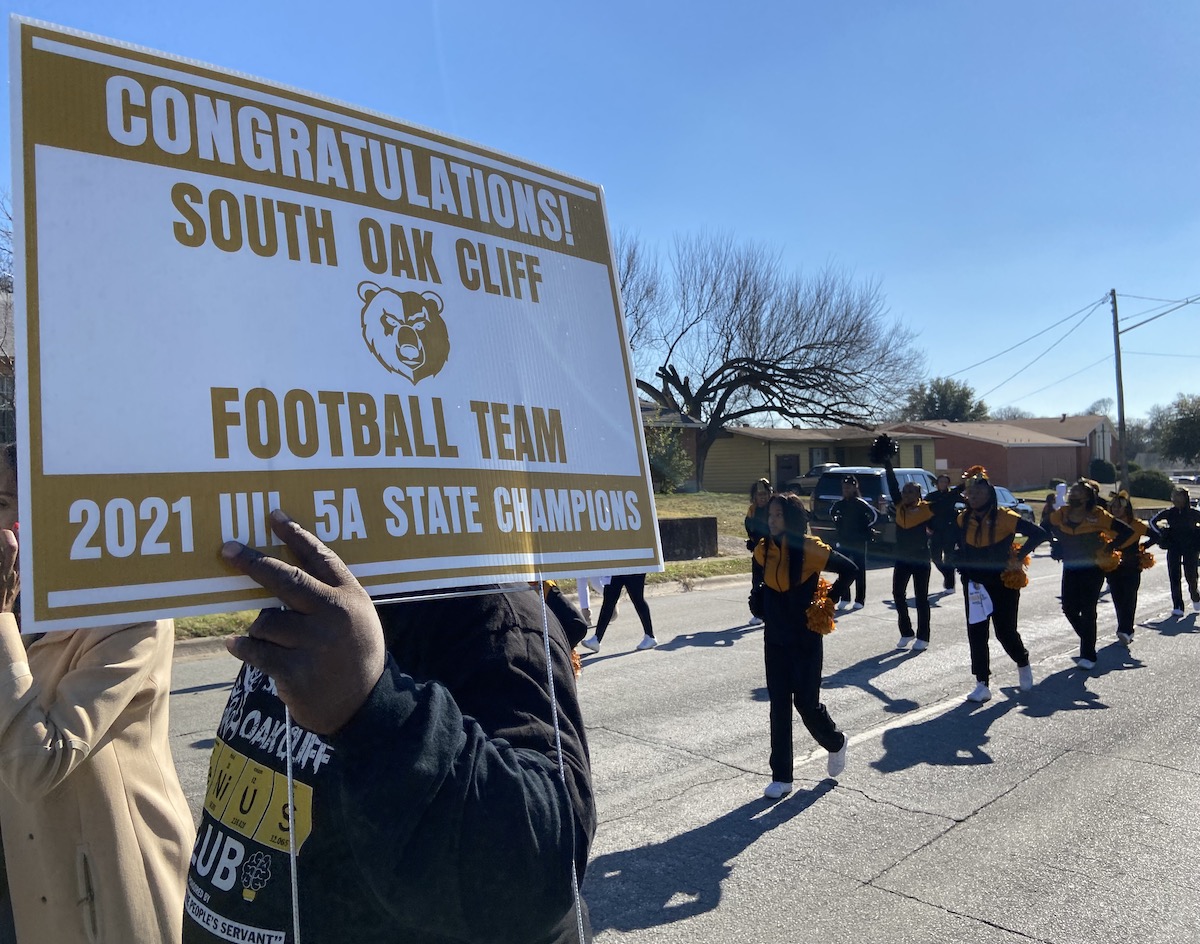 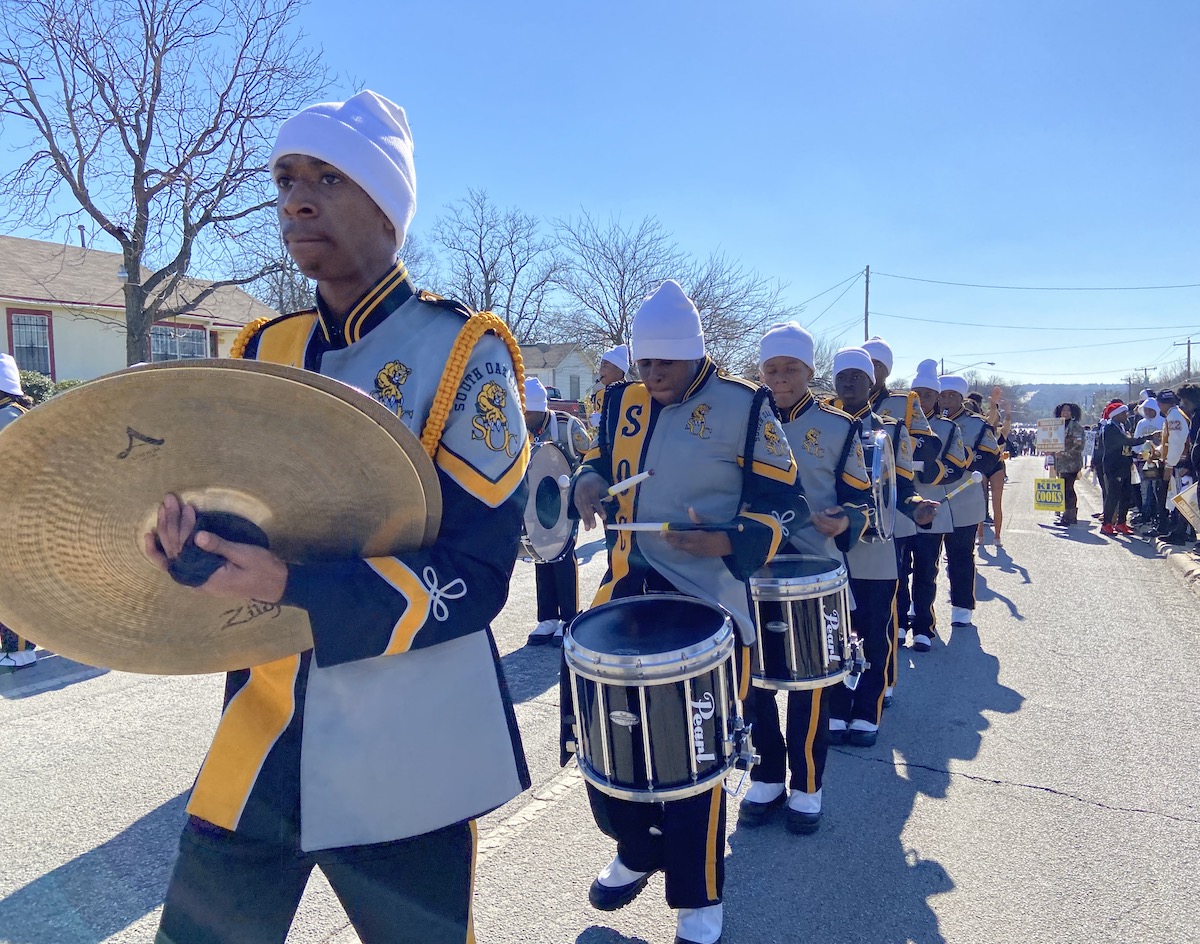 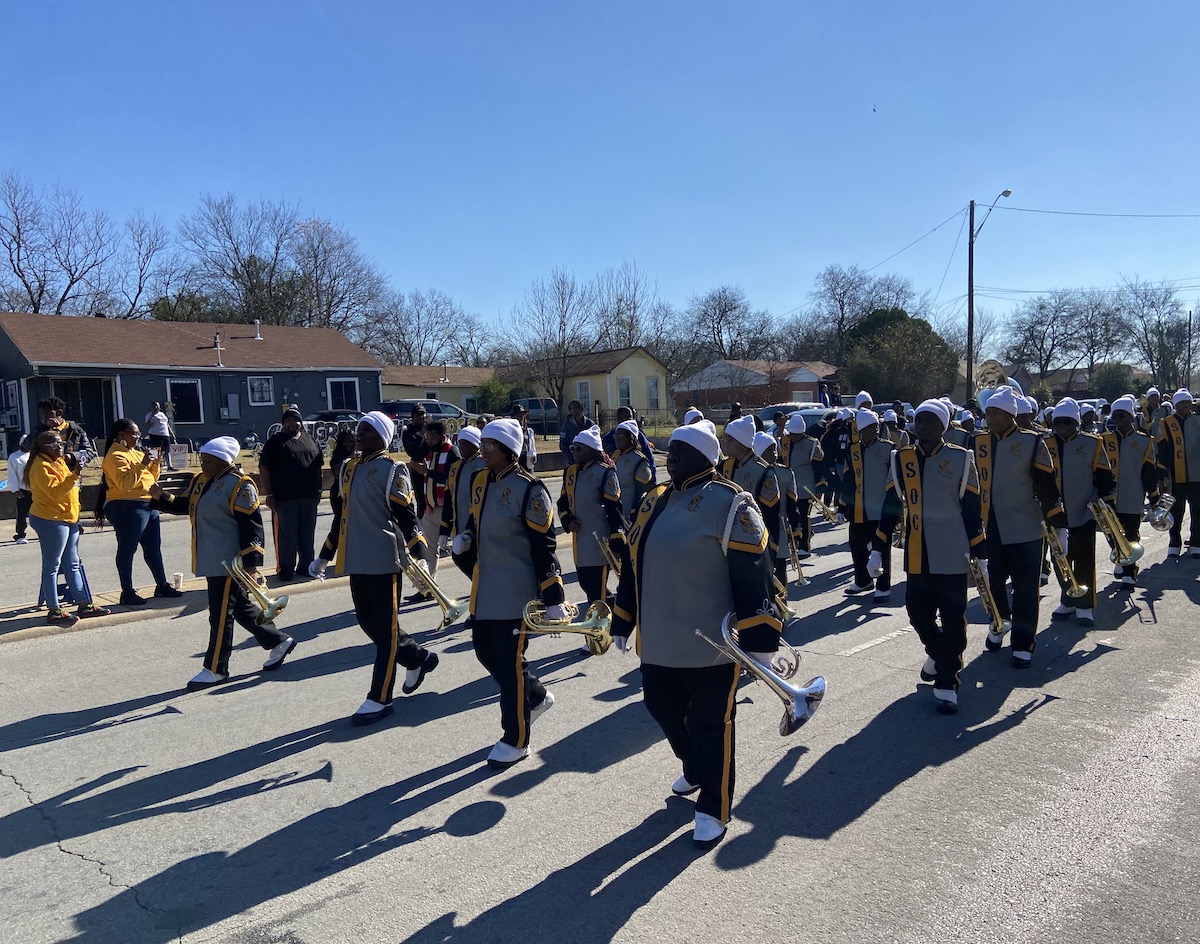 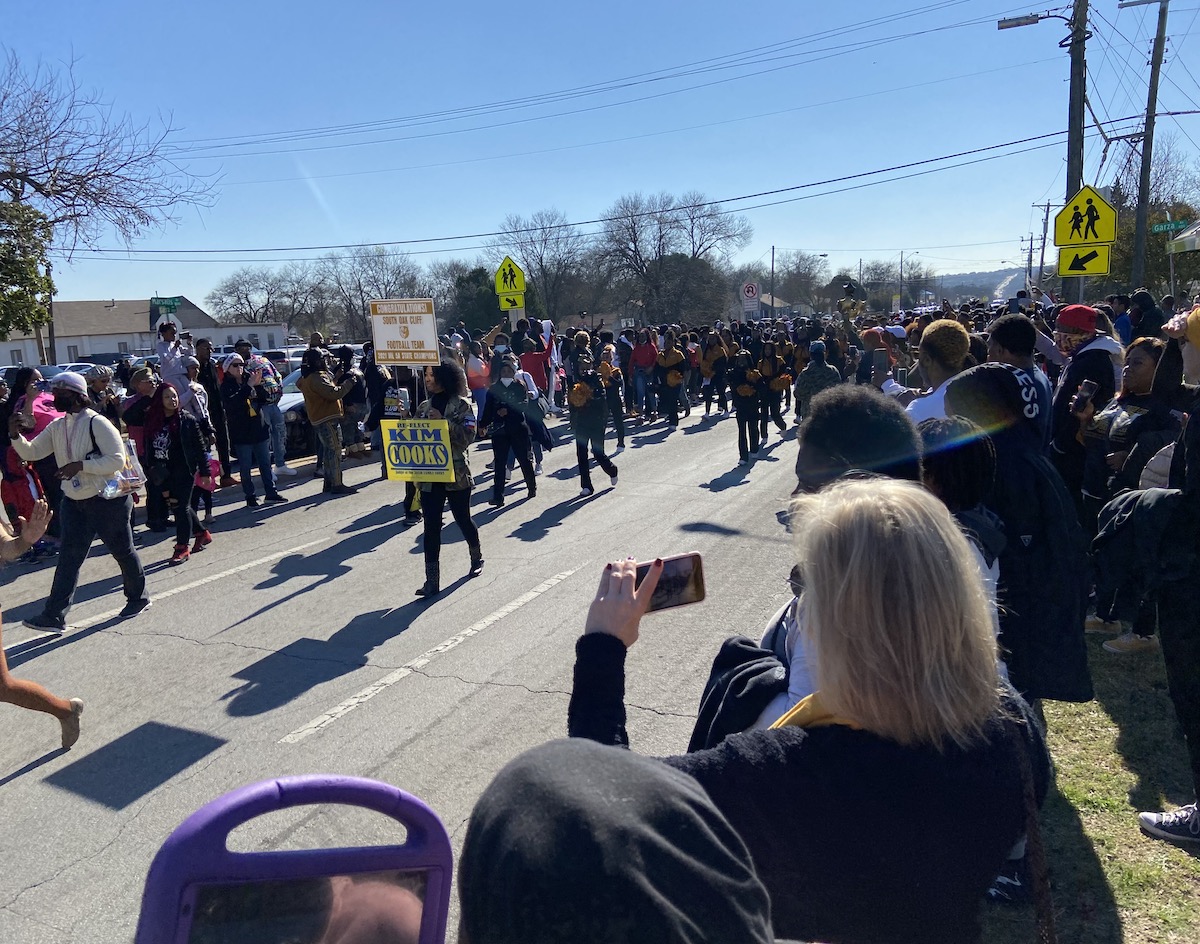 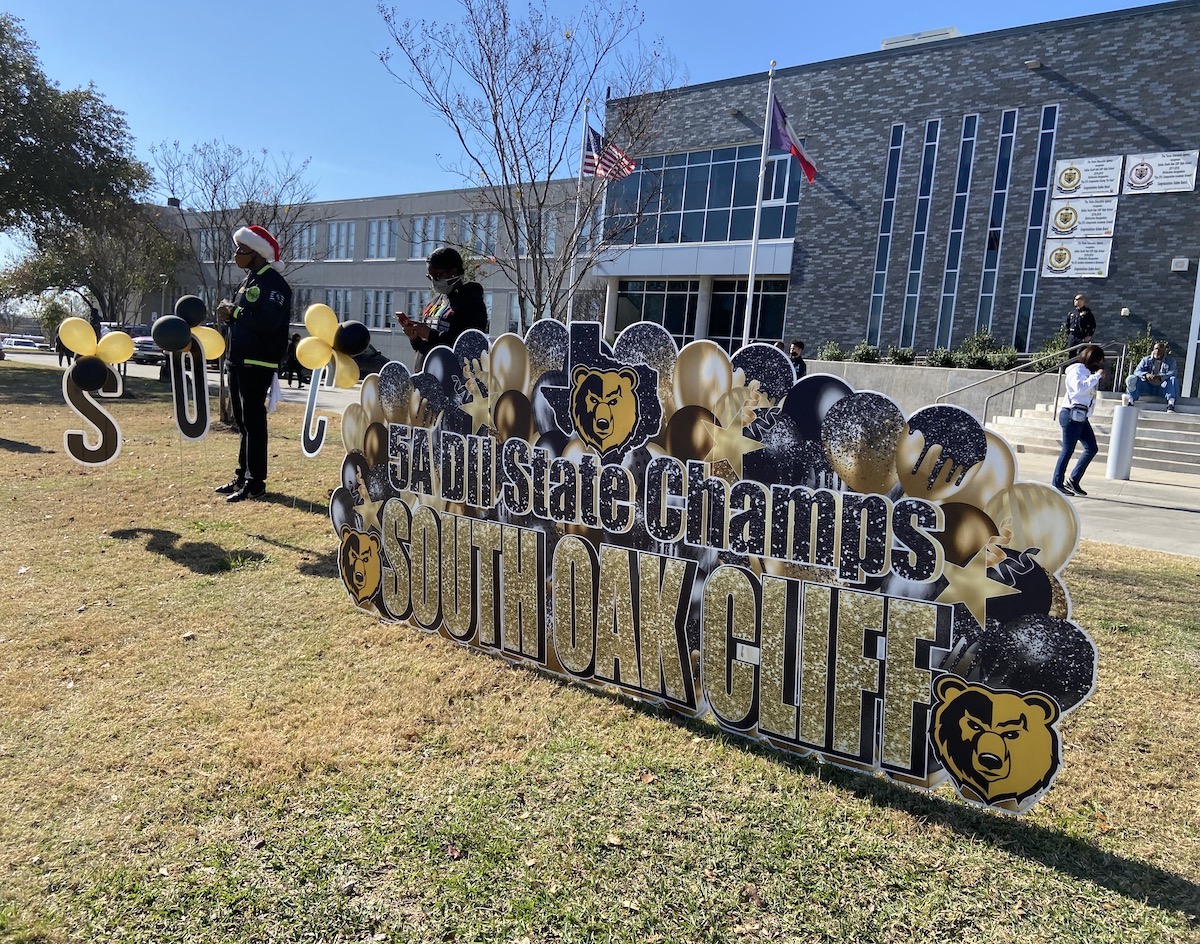 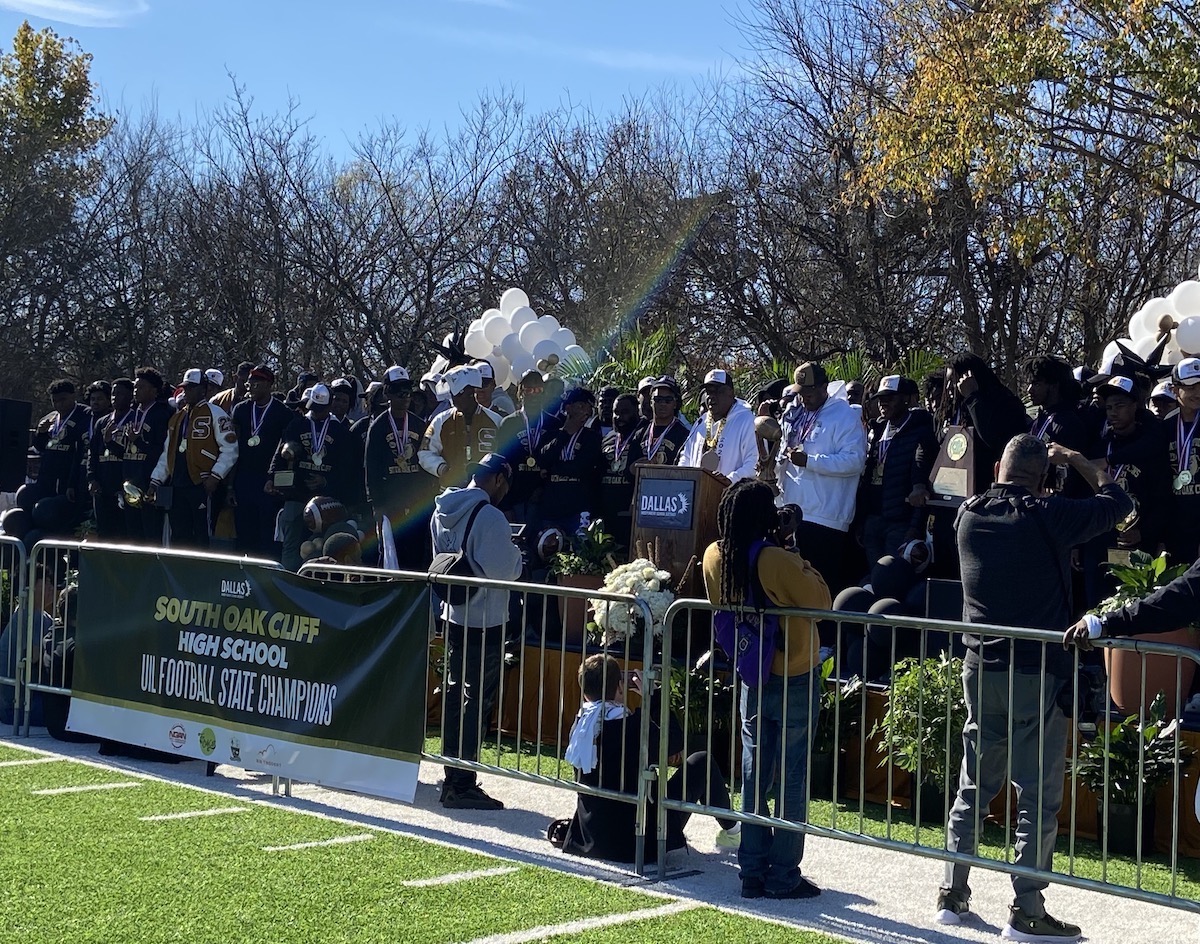 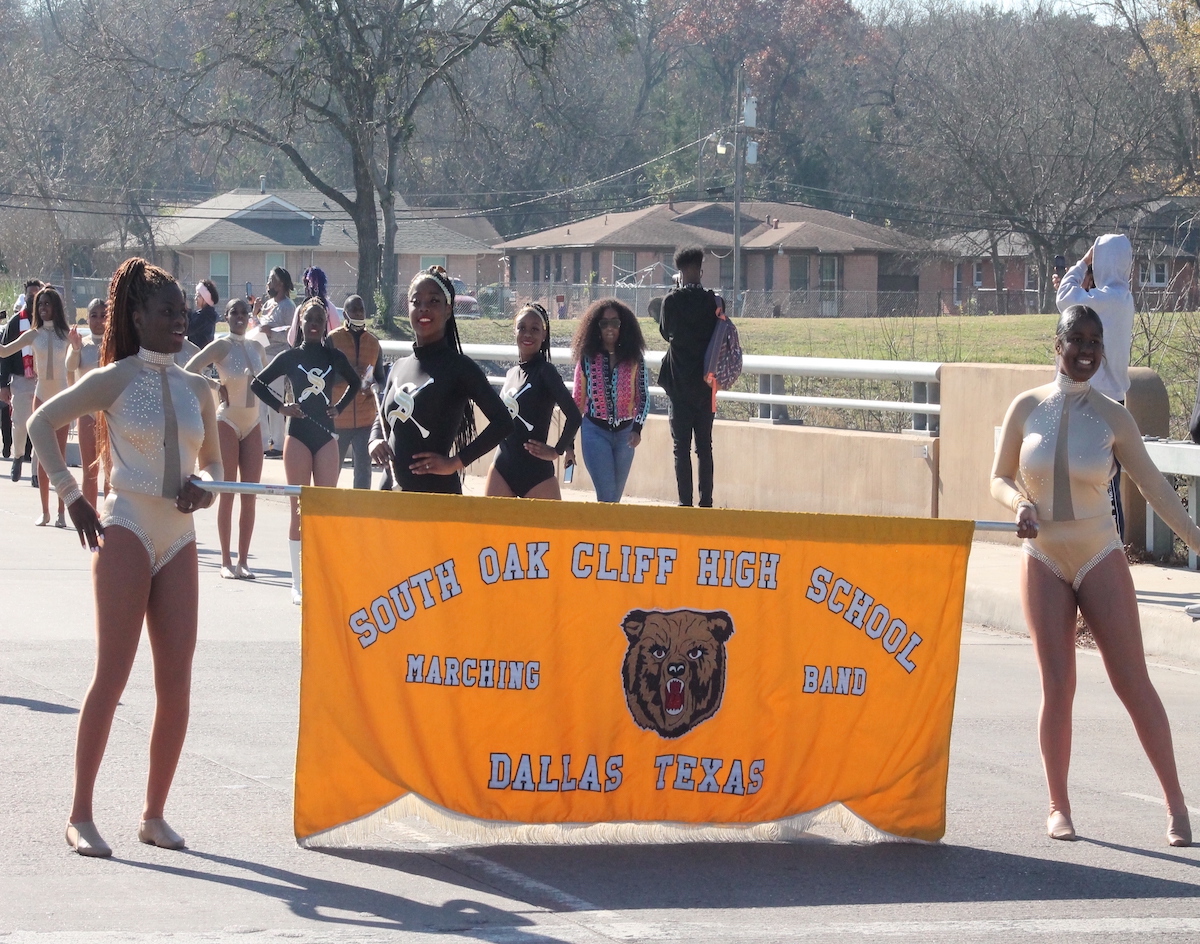 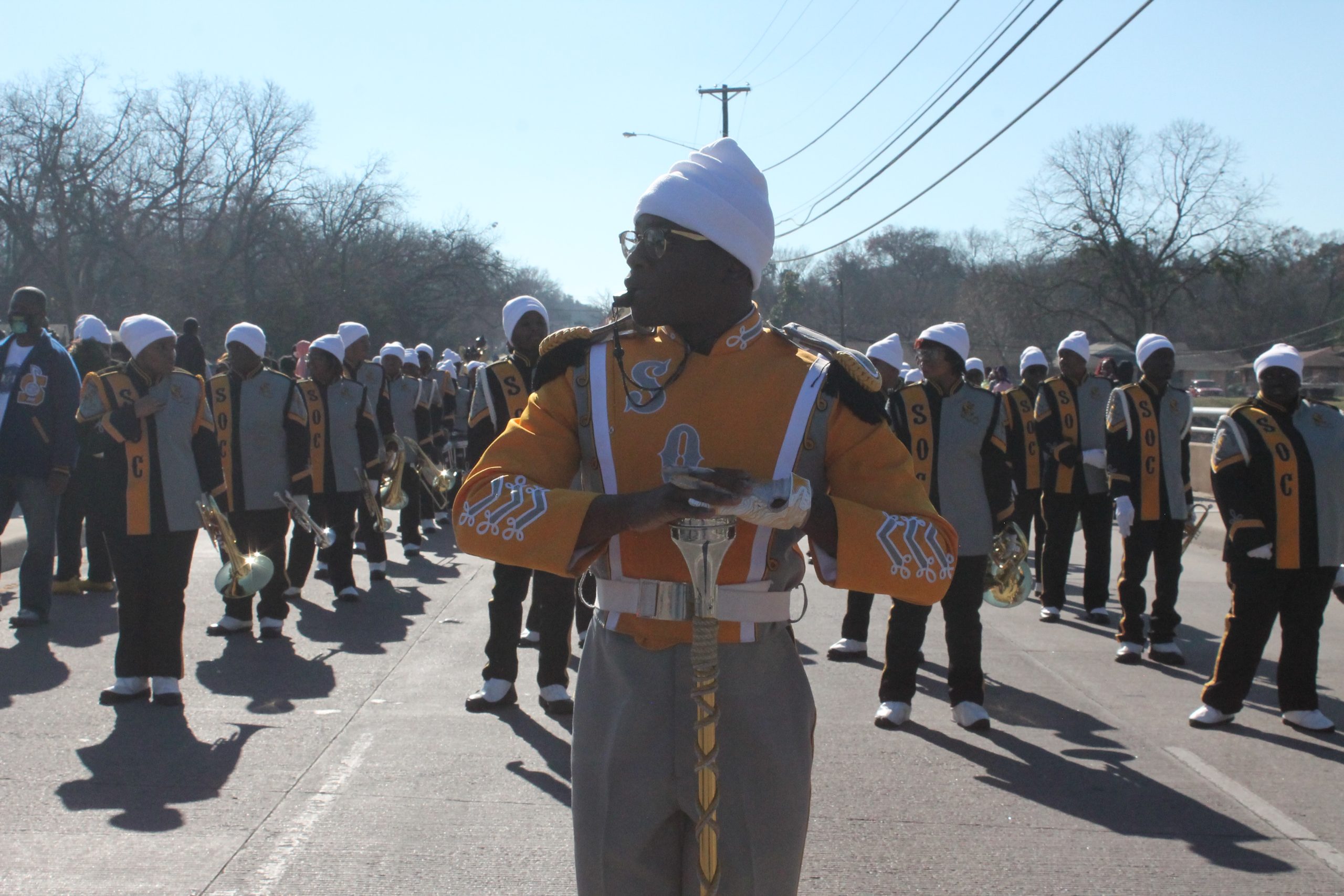 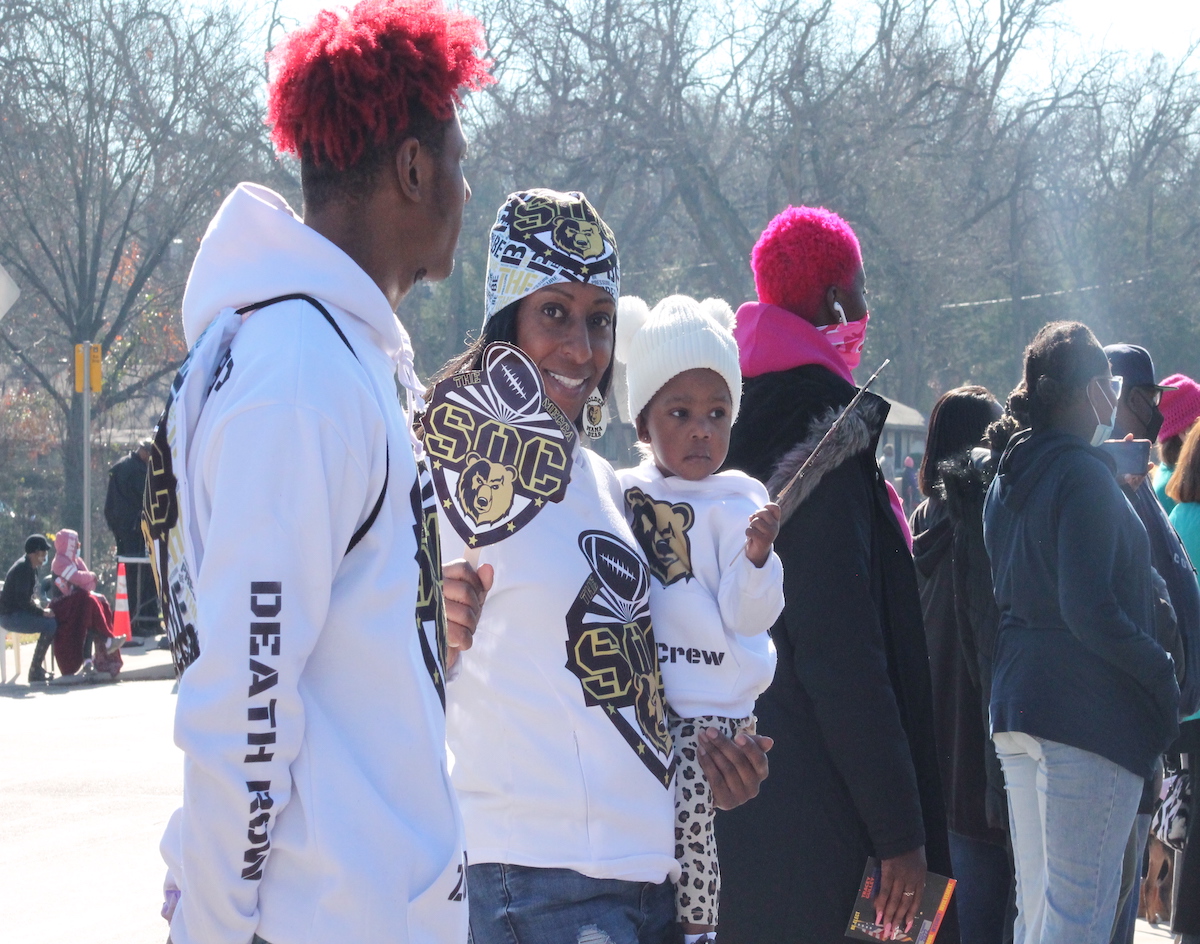 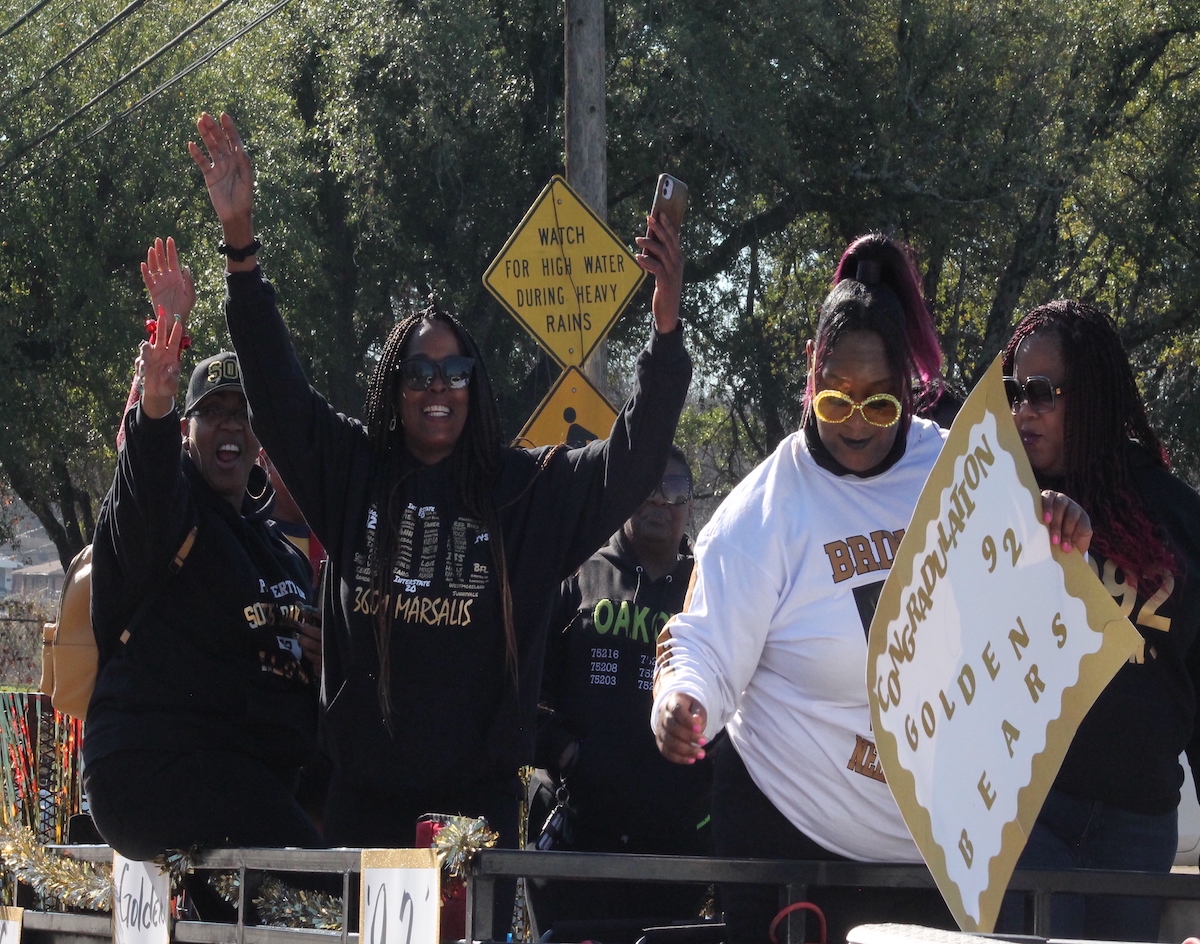 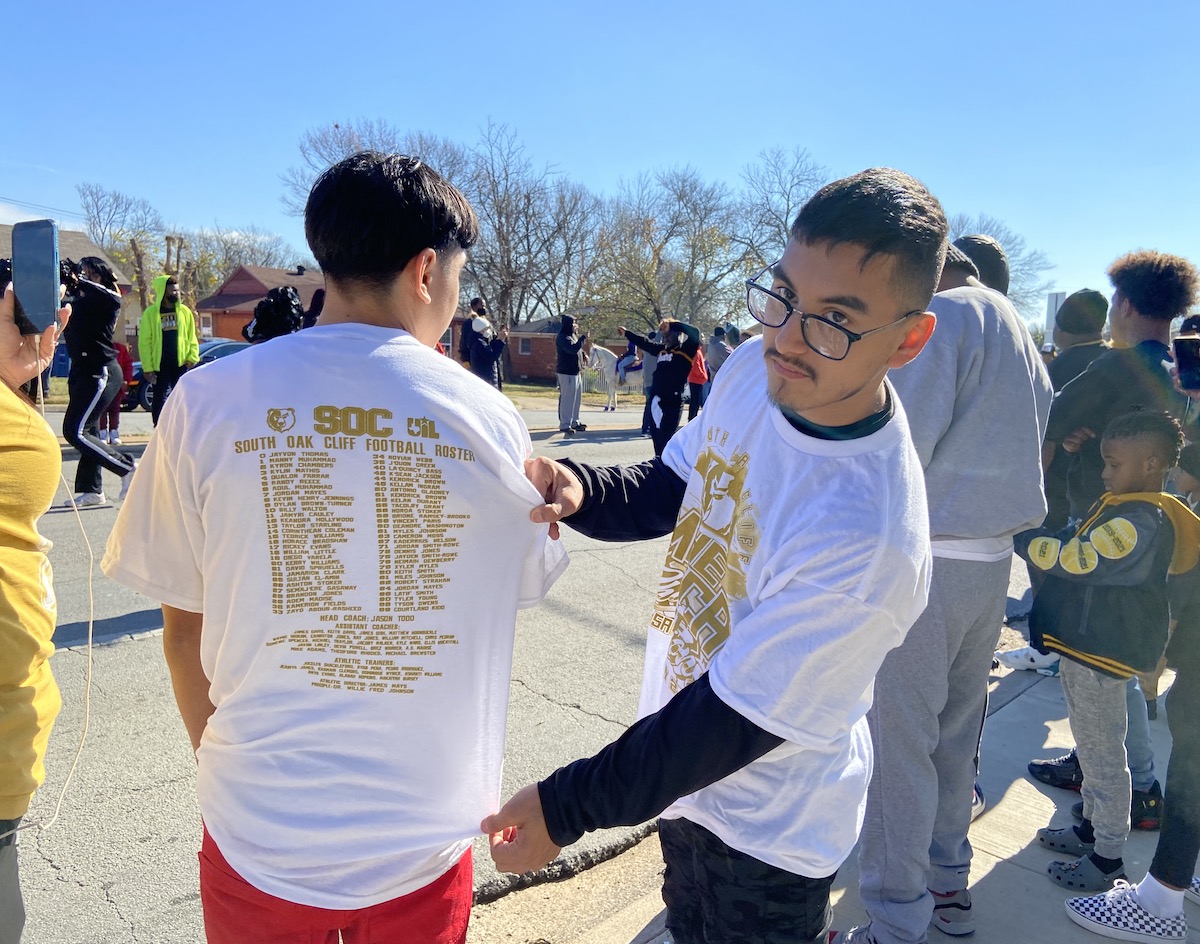 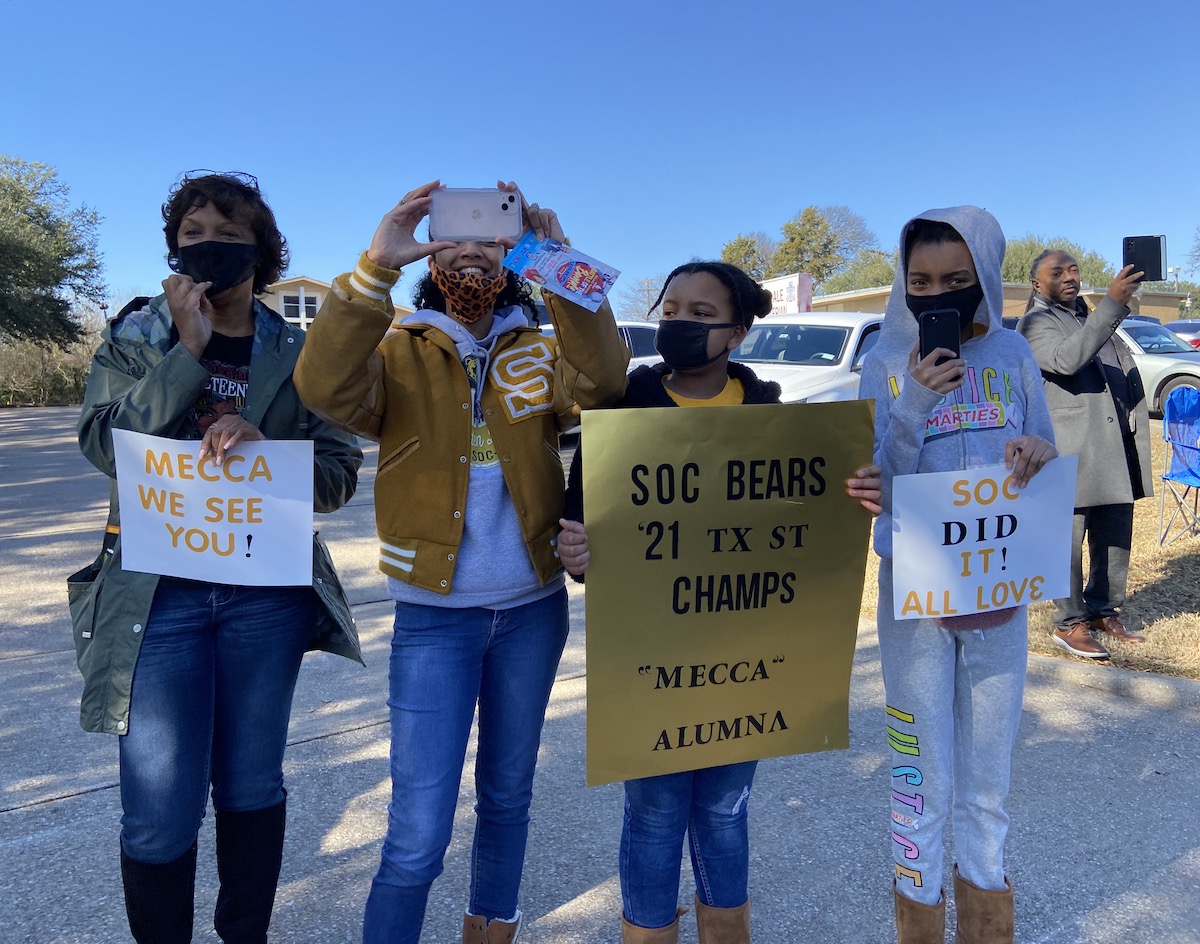 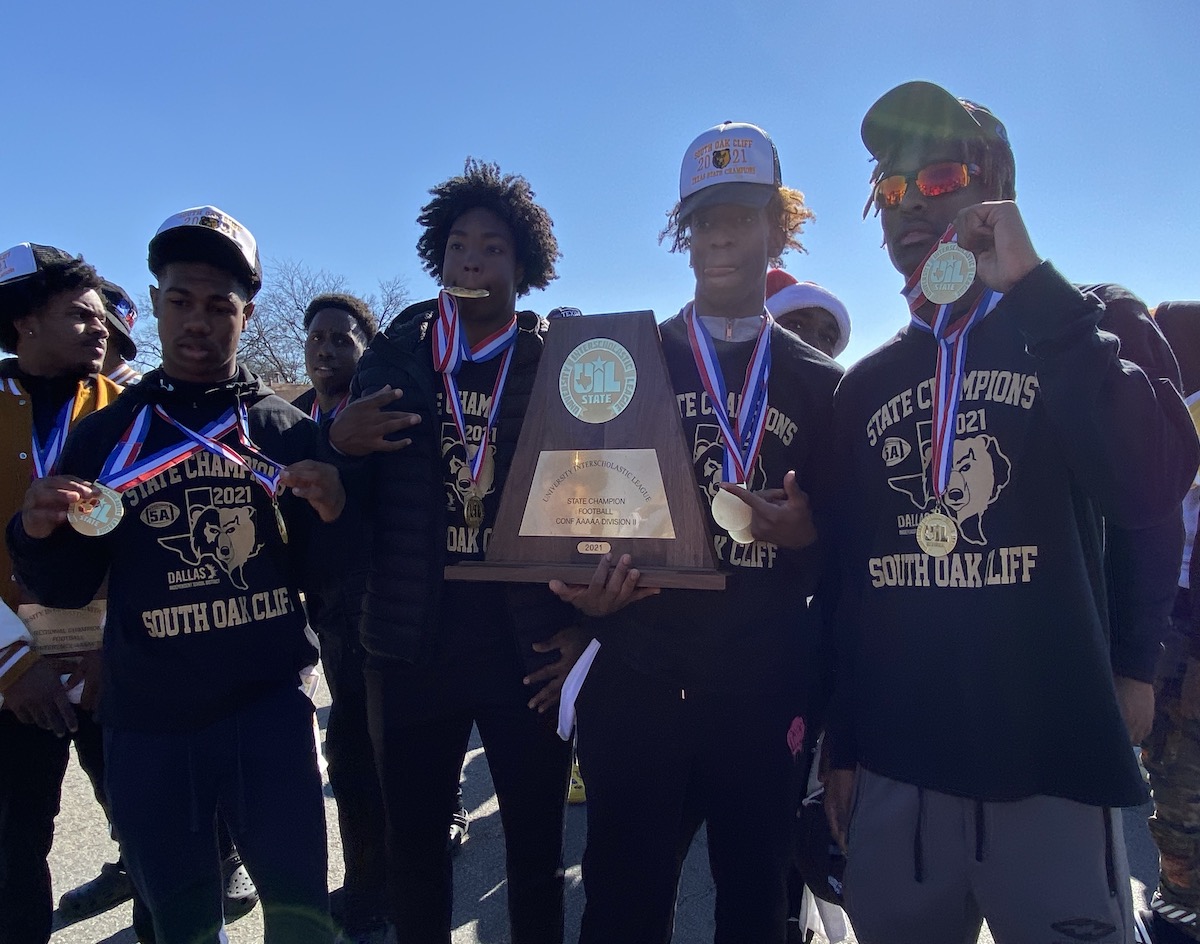 The Golden Bears beat Liberty Hill 23-14 Dec.18 at AT&T Stadium, which marked the first time a Dallas ISD school has won a state championship in football since the late 1950s.

The parade started at Ledbetter Drive, traveled north on Marsalis Avenue and ended at SOC High School for a rally. Residents gathered an hour before the start of the parade holding SOC state champs signs and wearing t-shirts honoring the students for their achievement. The crowd’s cheers grew louder as the Golden Bears players and coaches got closer to SOC high school.

“I want to thank everybody for coming out here and joining us for this historic one of the things that we wanted to go with this celebration was legacy meets equity,” Alexander said. “What you see out here is an investment plan, an investment plan for our community, but from one community person to another. This school cannot function without your support.

The crowd cheered as Hinojosa reminded the community brought over 45,000 people in attendance during the championship game, the 10th-largest crowd in state history.

“Everybody was rooting for SOC because of how hard you worked, and people helped you get these facilities and you have not wasted one thing,” Hinojosa said.

Todd told the crowd that this will not be the last championship the school will have and is already preparing with his coaches and players for a repeat.

“These guys [players] showed the commitment, the will [to] have the coaching and guidance to get the job done,” Todd said. “So, I think the celebration is all about these kids.”

All photos by Juan Betancourt